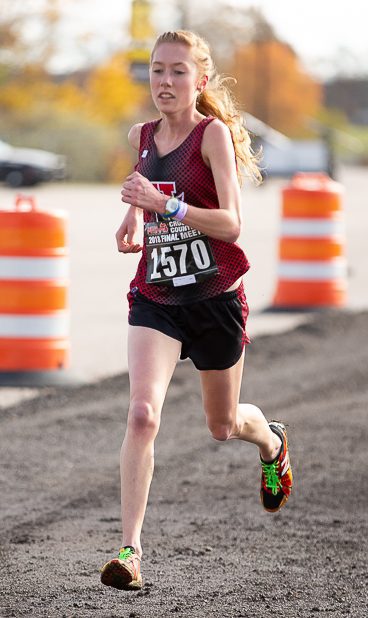 But the Pirates took it to a whole new level on Saturday while easily winning their second straight state championship at Michigan International Speedway in Brooklyn, Michigan.

Last year, the Pirates set an MHSAA record with a team score of 55 in the state finals, but this year they shattered that mark with a score of 43.

That was a whopping 100 points better than second-place Grandville Calvin Christian, which finished with 143 total points.

So the Pirate girls are at the top of the heap again, and it wasn’t even close.

“I think I knew we’d run well,” said Hart head coach Terry Tatro. “But I wouldn’t have thought we’d run as low as 43.”

Hart had such an incredibly low score because three of its runners finished in the top 10, including Adelyn Ackley, who finished first overall, and won her third individual state title, with a time of 17:42.8. The second-place runner, Amber Gall of Shepherd, posted a 17:53.6

“I’m happy and sad,” the senior said. “I’m really bummed that my high school career is coming to an end, but it’s a really great way to finish off my season.”

Ackley admitted that her time wasn’t quite was she was hoping for.

“Individually I was hoping to go low 17 (minutes), but that didn’t happen with all of the mud,” she said. “Overall I think I ran a good race, though.” 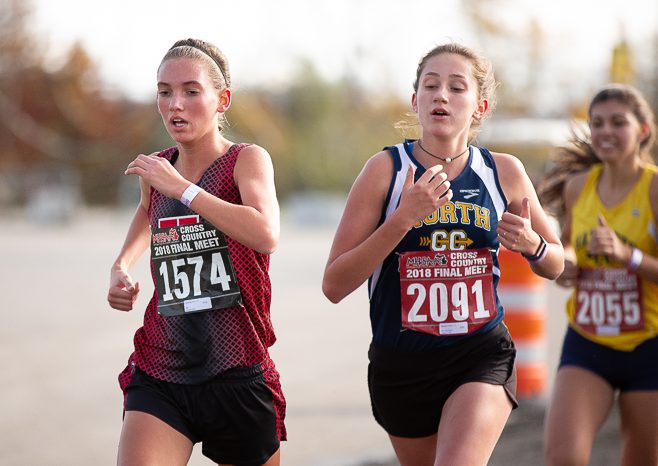 Hart’s MacKenzie Stitt paces herself among the competition. Photo/Randy Riksen

“They all just want to be a part of the program,” Tatro said about his runners. “Our program in the last four or five years has just exploded. Our team numbers are higher, and we just have a lot more dedicated group of girls.”

One thing that helped Hart repeat as state champions is the closeness of the team, according to Tatro.

“It doesn’t matter if you’re the number one runner or the number seven runner, they all care for each other,” the coach said. “It’s just amazing to see how considerate and caring they are for each other. They’re a tight group of girls, and it seems like when thing get tough, they come together and take care of each other.”

As far as breaking their state record, Adelyn Ackley said she was hopeful her and her teammates could set a new mark.

“I was really hoping that we could break our state record from last year, and that’s just what we did,” she said. “It was awesome.” 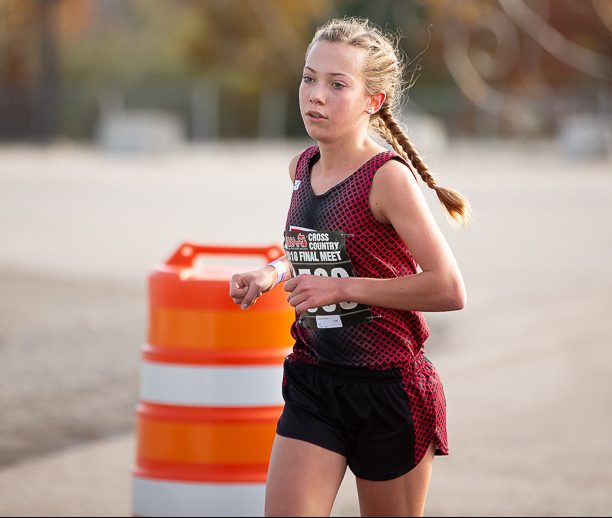 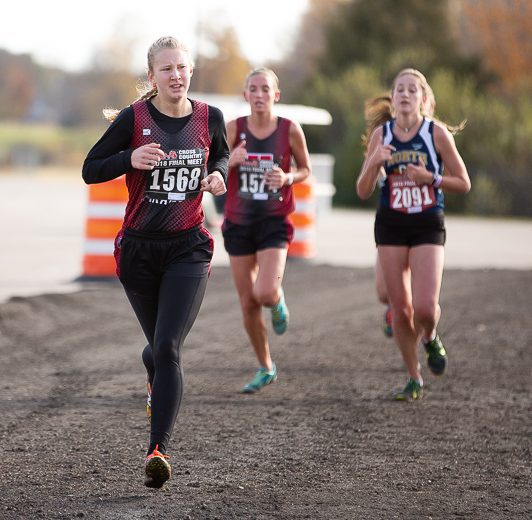 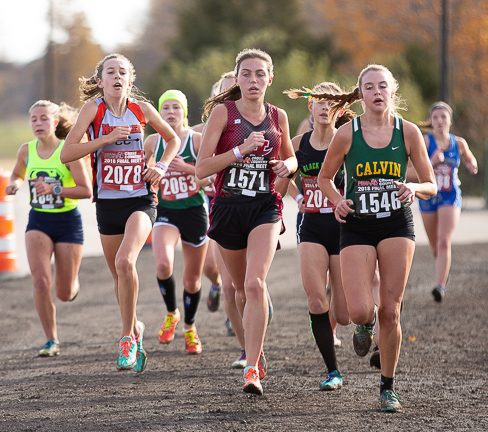 Brenna Aerts races against the pack on Saturday for Hart. Photo/Randy Riksen