It was Orchard View’s first win over Ludington since 2012.

The Cardinals led 7-4 after one quarter and increased its lead to 24-17 at halftime.

Ludington cut into the lead in the third quarter and trailed 34-29 after three.

Josh Laman paced Ludington with 22 points and Nathan Lange had 11.

The Cardinals finished the regular season with a 13-7 record.

WESTERN MICHIGAN CHRISTIAN 67, MANISTEE 31 – The Warriors took control early, jumping out to a 16-5 lead after the first quarter and taking a 32-9 lead into halftime.

Leading WMC was Zach Butkis with 18 points. The Warriors improved to 9-11 overall and 6-4 in conference play.

East Kentwood led most of the game and took a 47-42 advantage into the fourth quarter. But Grand Haven stepped up in the fourth, outscoring the Falcons 20-15 and taking the game into overtime.

The Bucs gained the final advantage by holding East Kentwood to four points in OT.

The Panthers finished the regular season 0-19. They will face White Cloud next Wednesday in a Division 3 district semifinal.

FREMONT 68, CHIPPEWA HILLS 23 – After leading 41-9 at the half, the Packers got the game into a running clock as they ran away with the win.

Josh Zerfas and Christian Kennedy led the Packers with 12 and 11 points apiece.

The Packers finished the regular season with 17 straight wins and a 19-1 record.

KENT CITY 63, HOLTON 45 – After a slow first half, the Eagles were able to pull away from the Red Devils in conference action.

Kent City trailed 12-8 after one quarter but rallied and tied the score 21-21 at halftime.

The Eagles picked up the pace in the second half, outscoring the Red Devils 42-24. 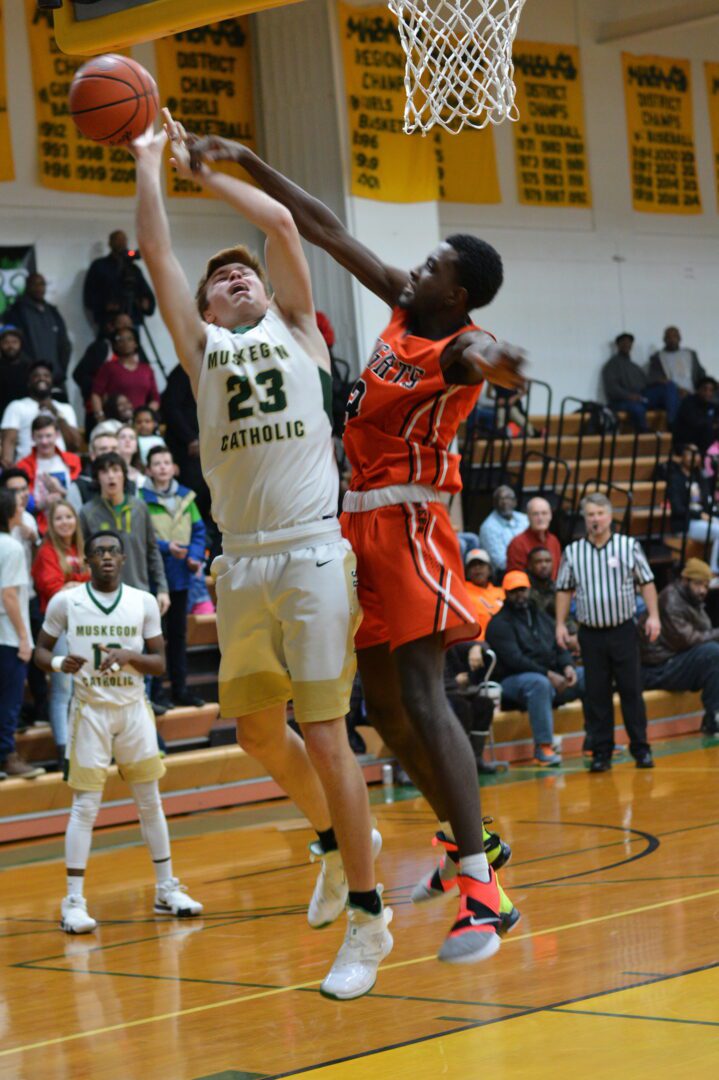 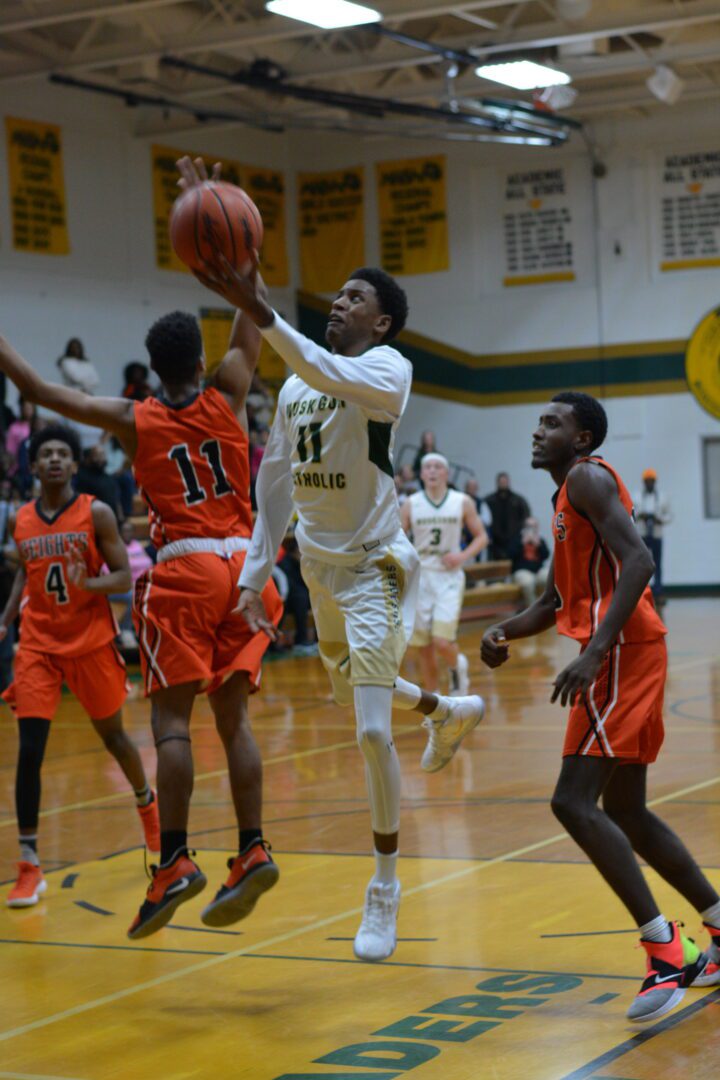 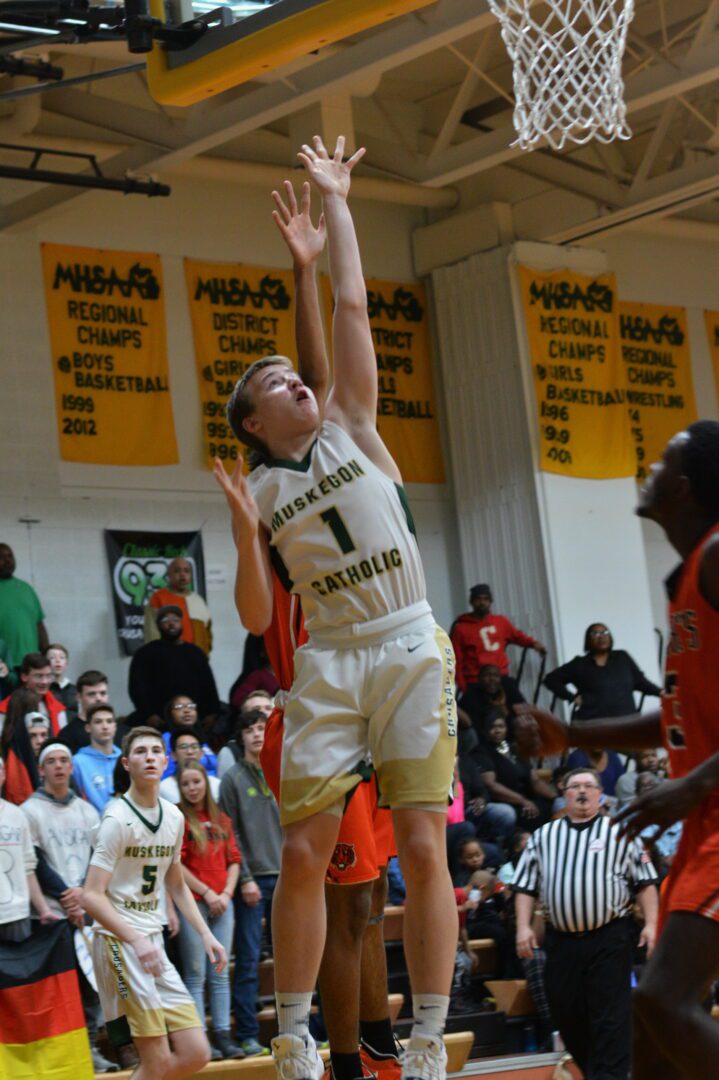 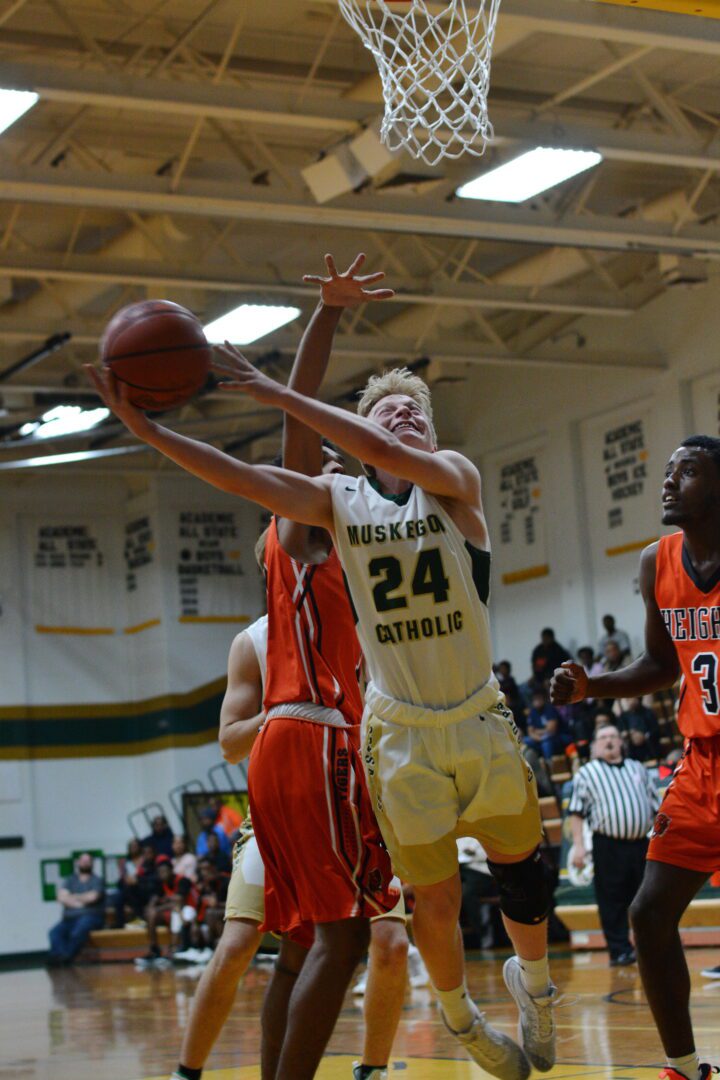 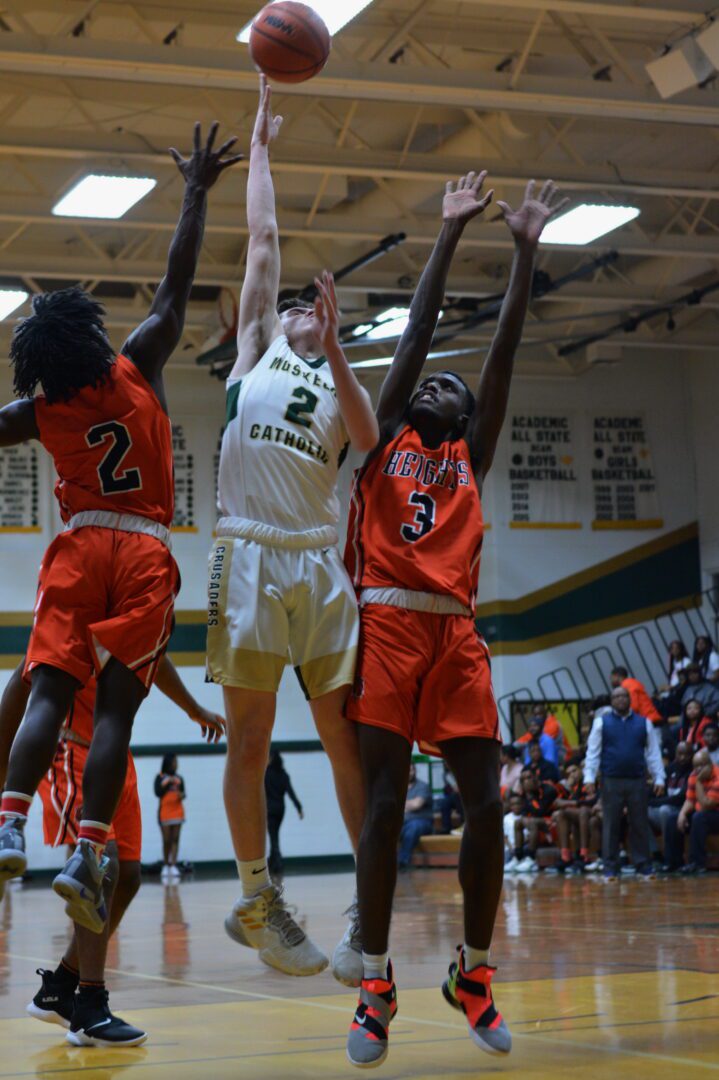 Jared Dugener tries to get a shot over Muskegon Heights’ No. 3 Lamonta Townsend and Austin Thomas. Photo/Michael Banka 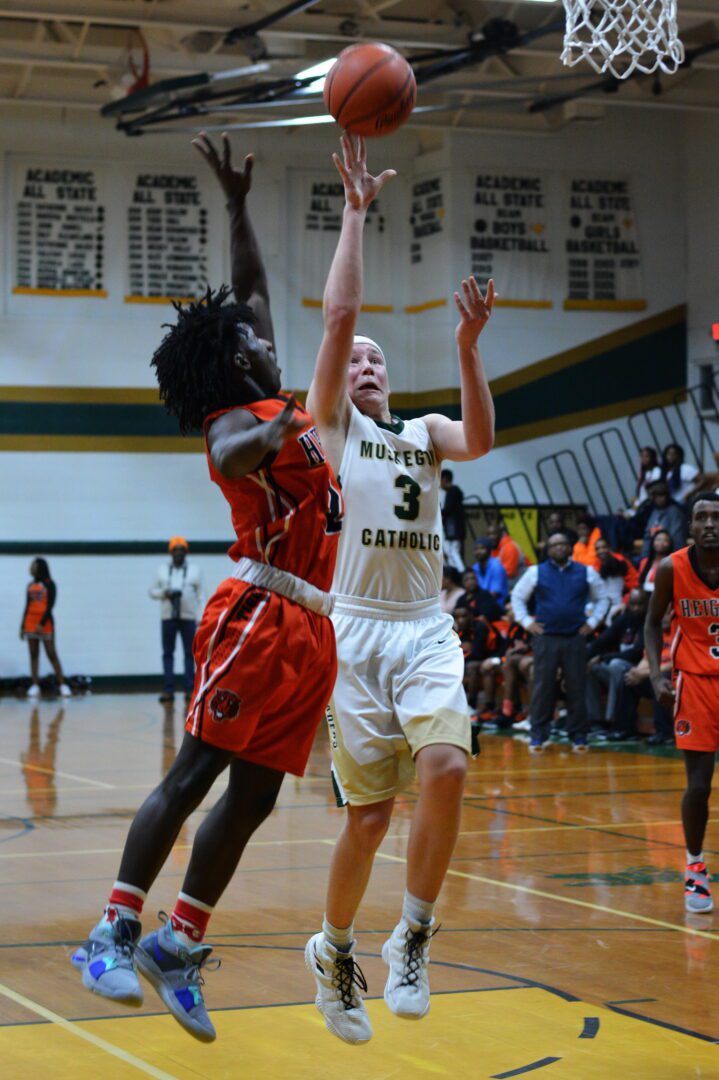 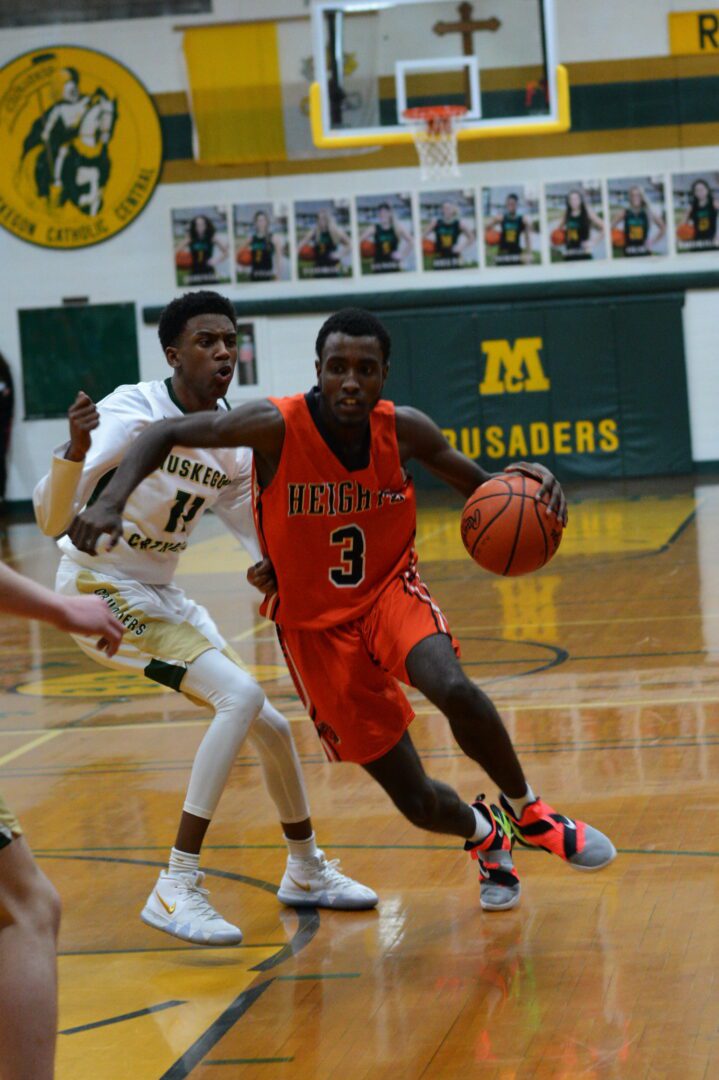 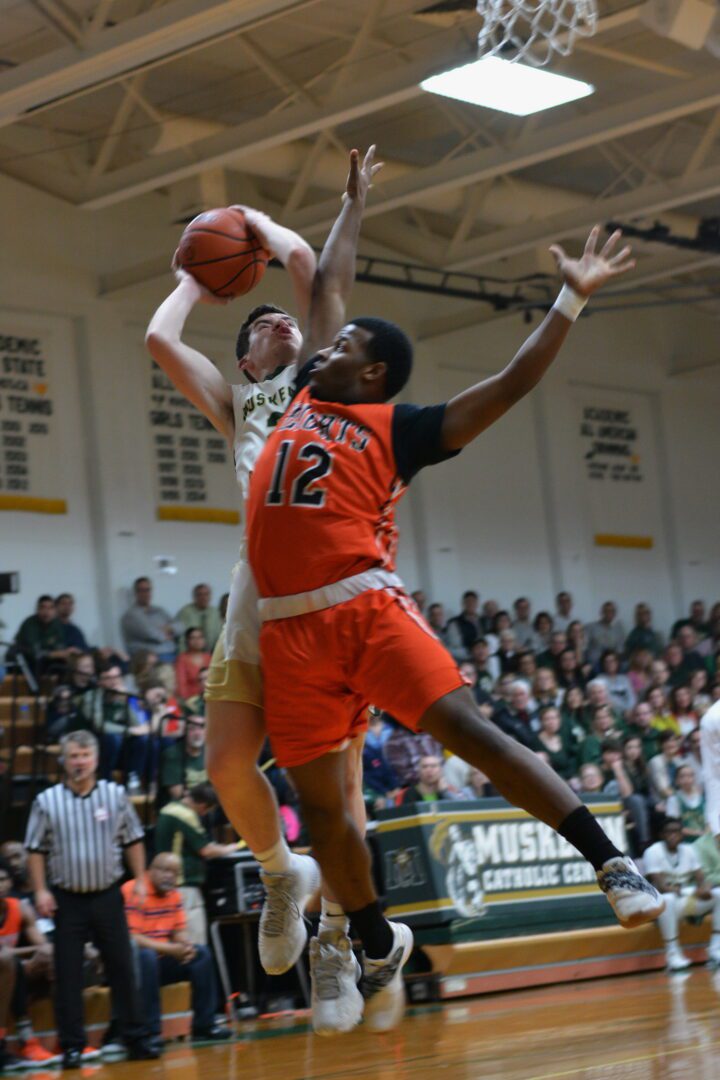 Jared Dugener tries to get a shot over Muskegon Heights’ No. 12 Terrence Williams. Photo/Michael Banka 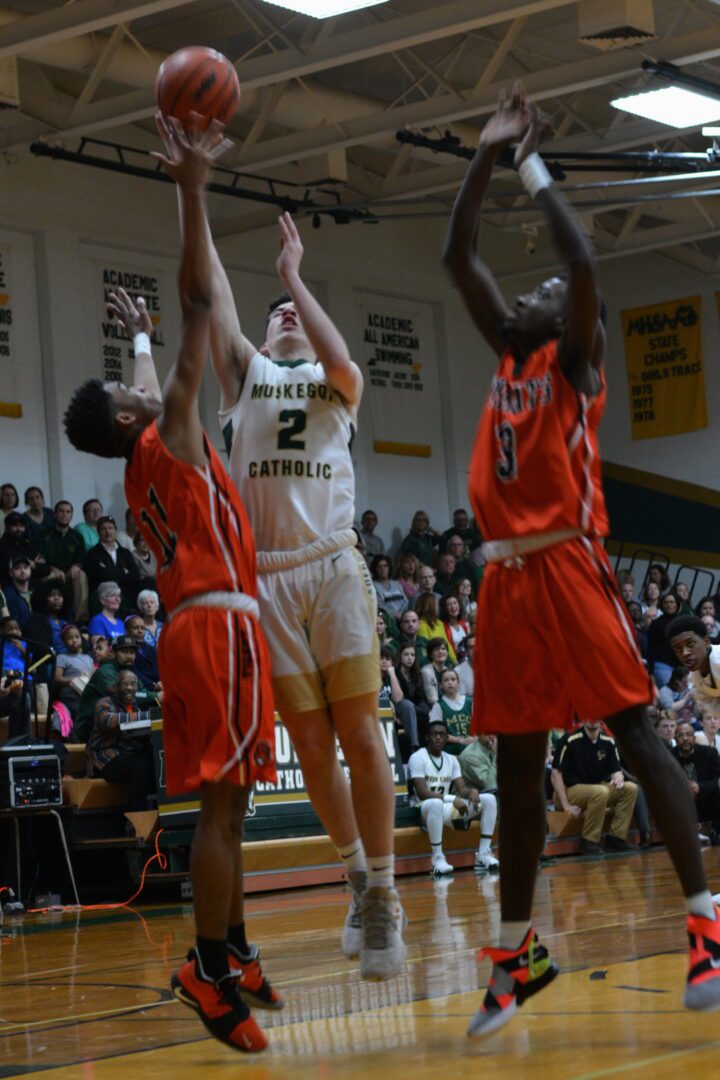 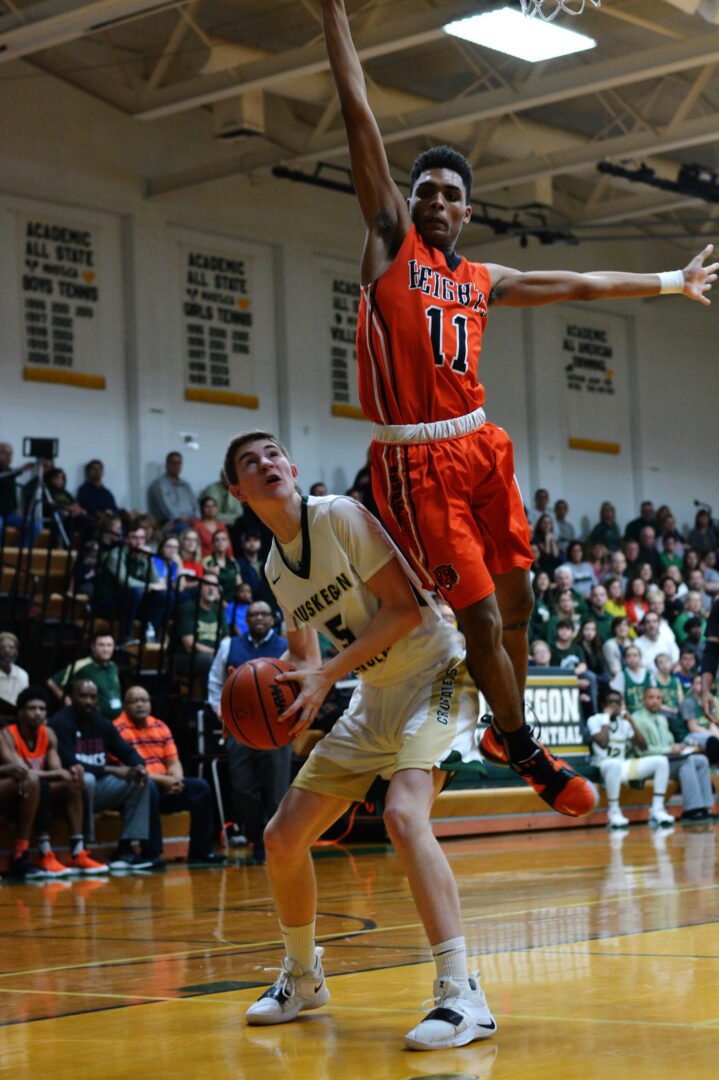 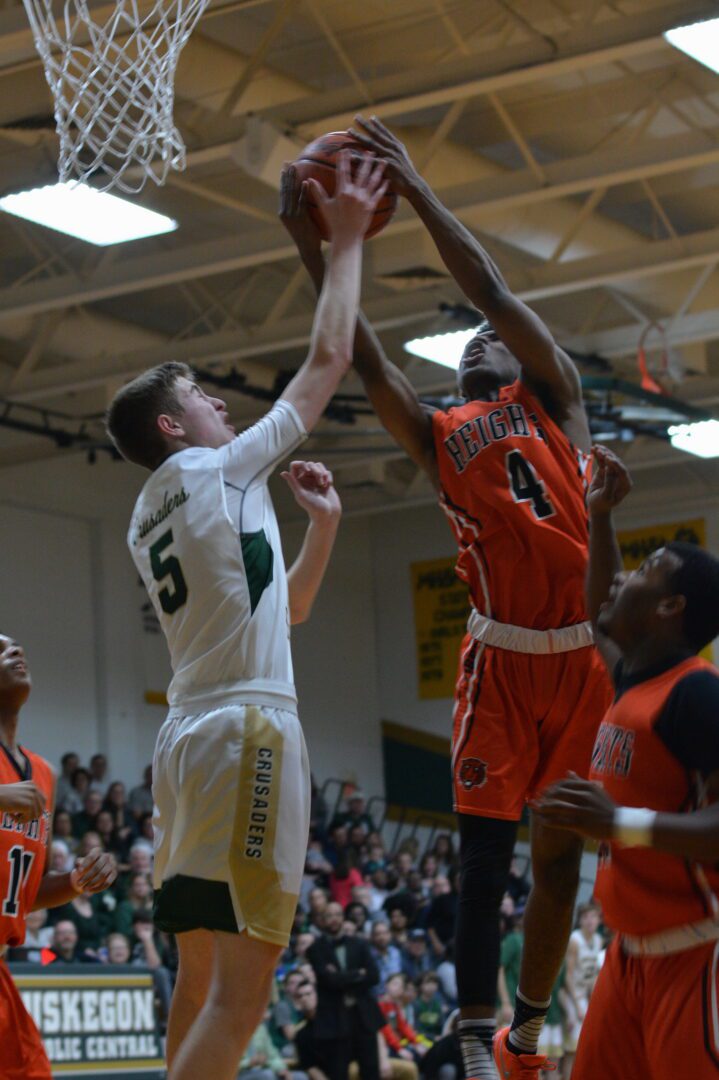 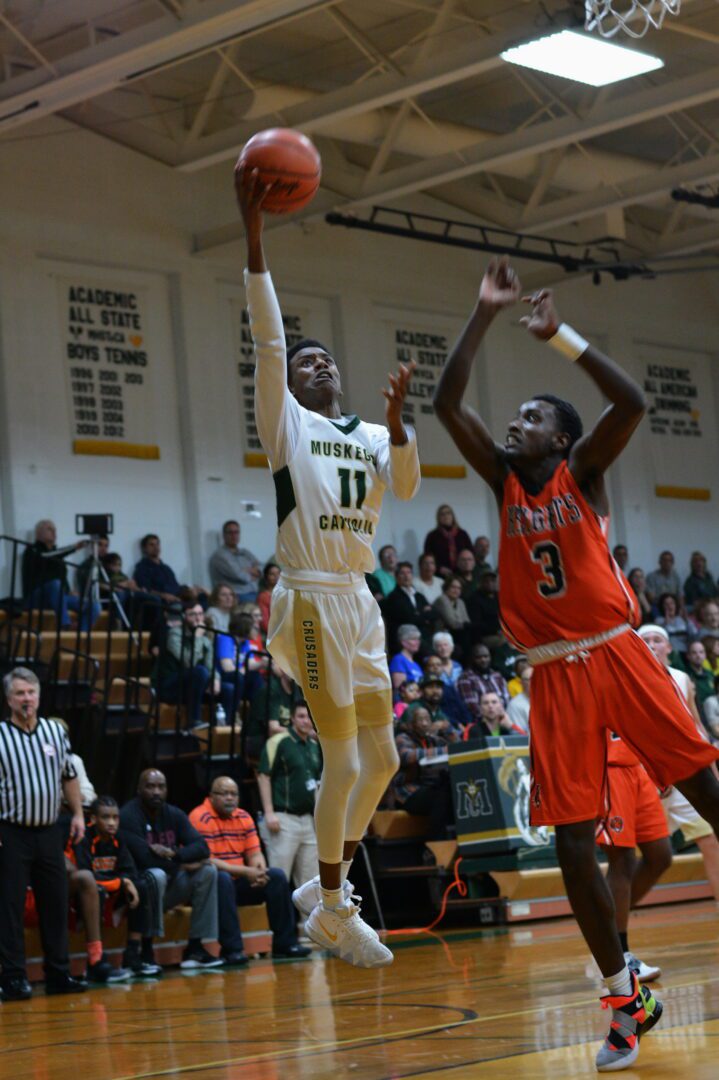 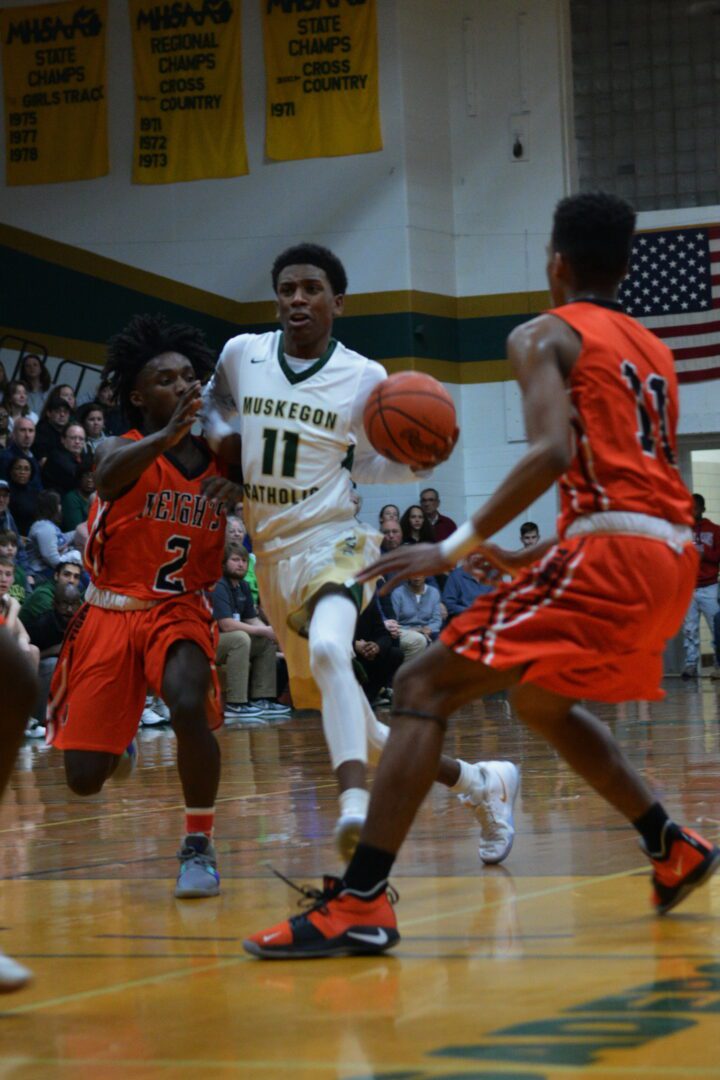 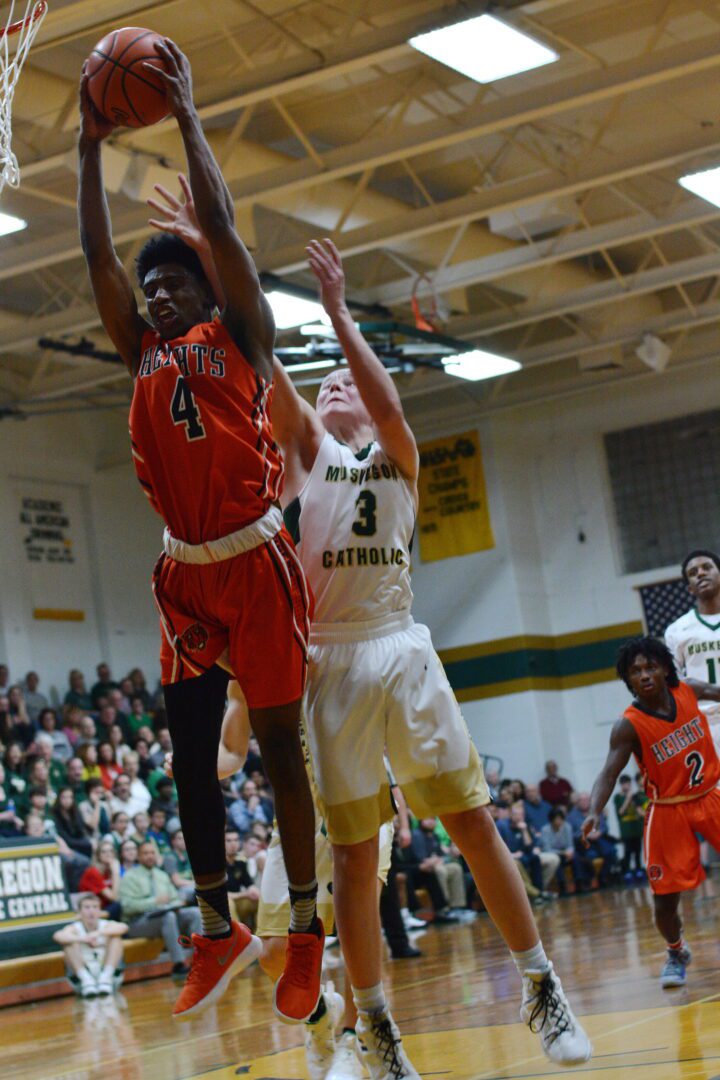 Arlester Sims gets up for the rebound over MCC’s Ansgar Reich. Photo/Michael Banka 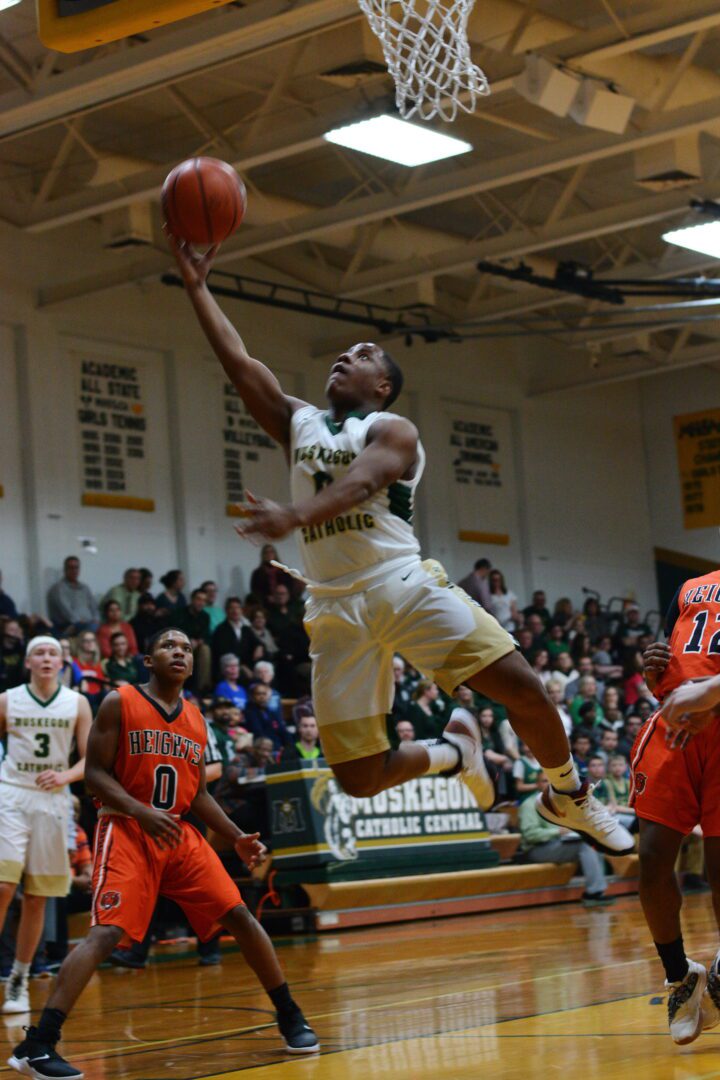 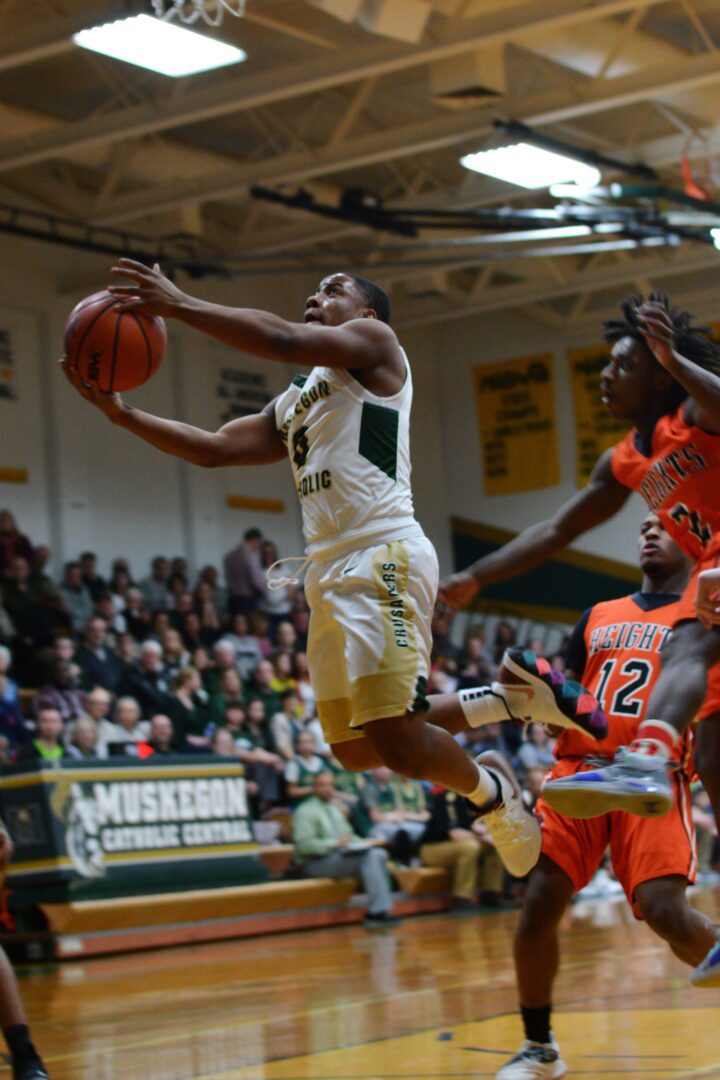 Giovanni Knight goes in the for two points for MCC. Photo/Michael Banka 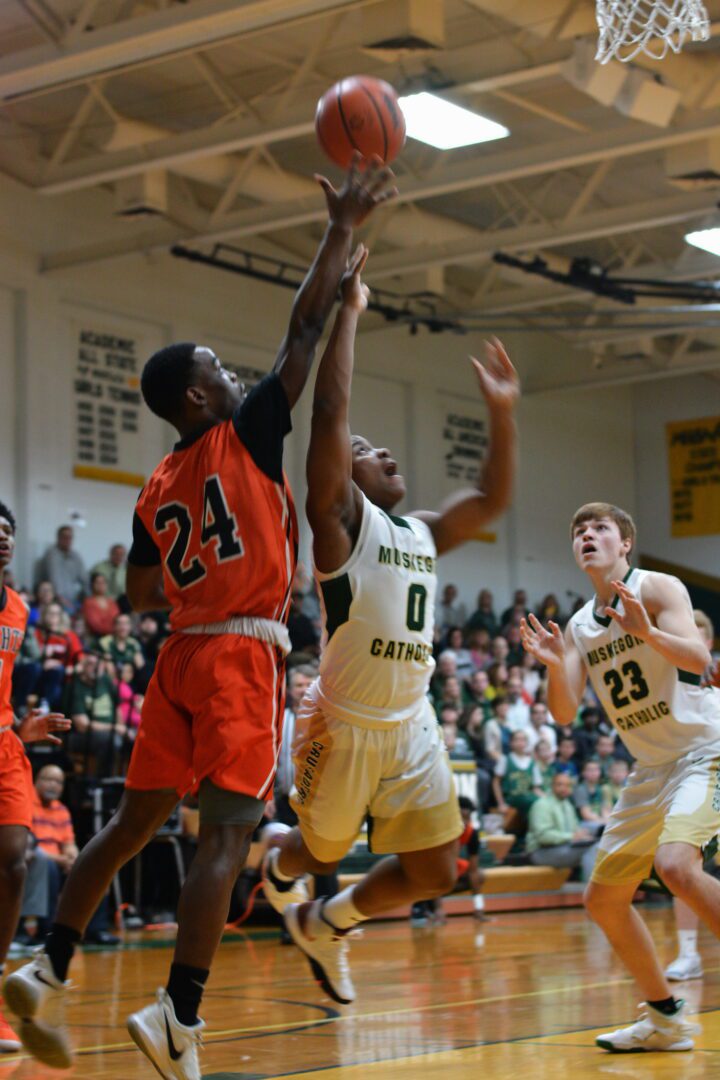 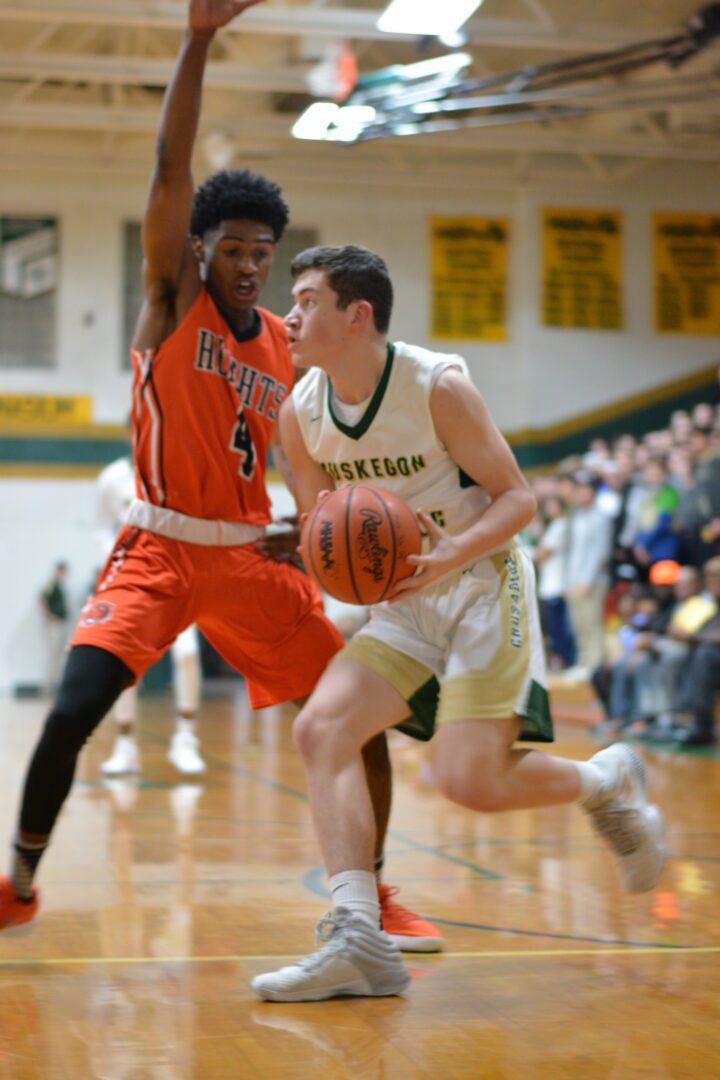 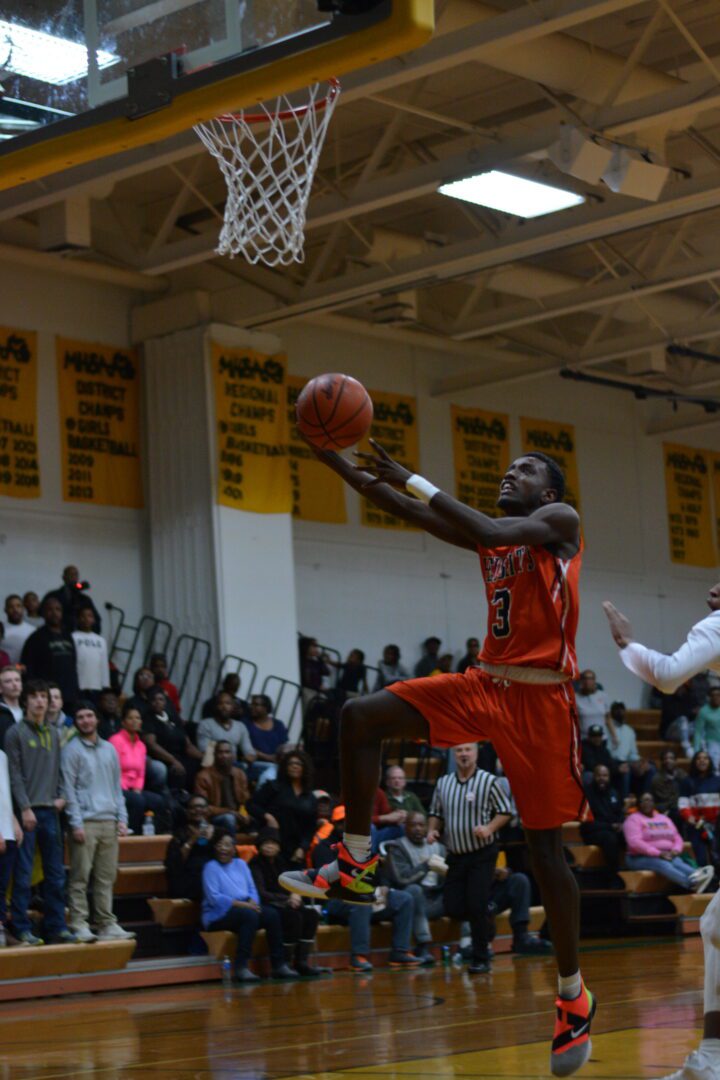 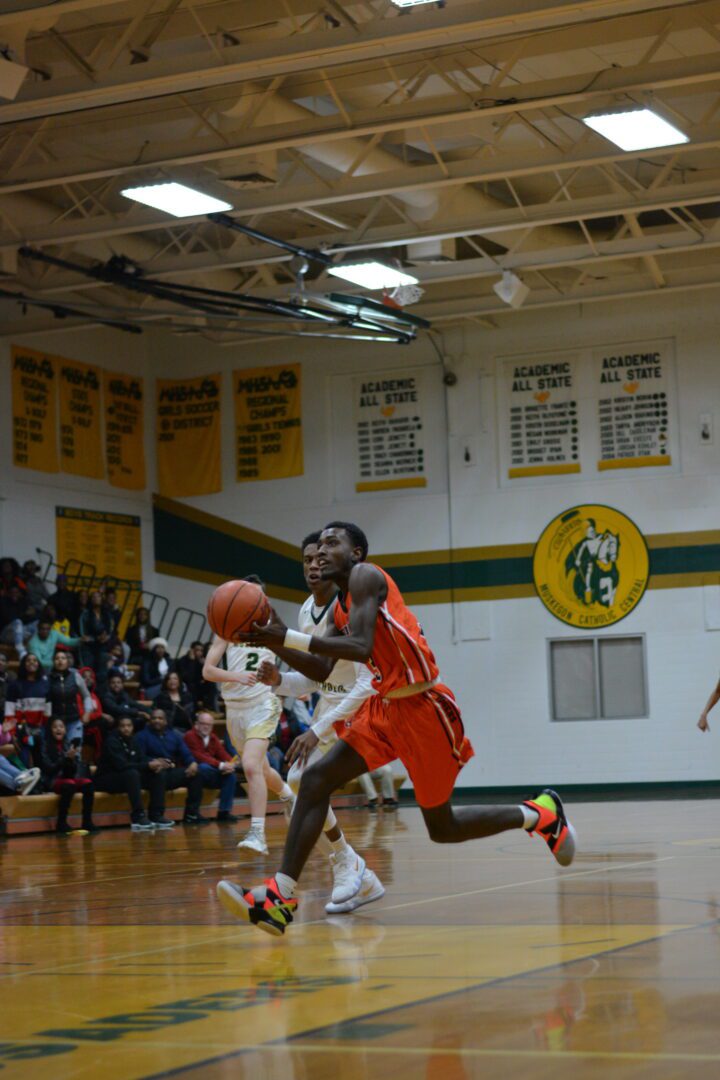 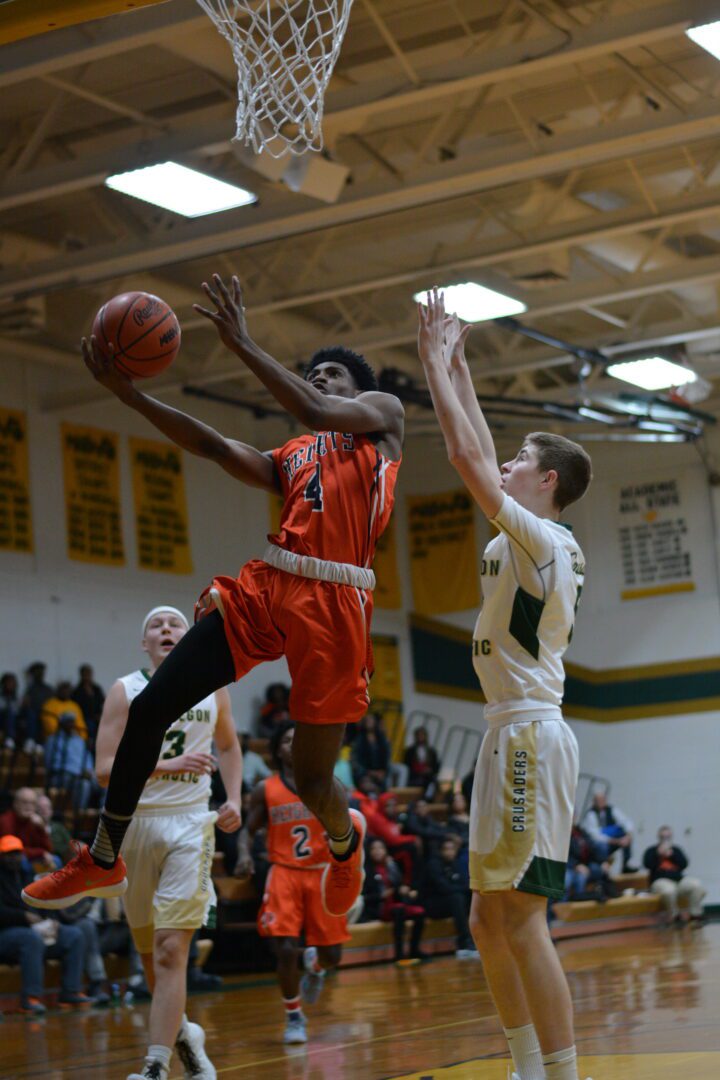 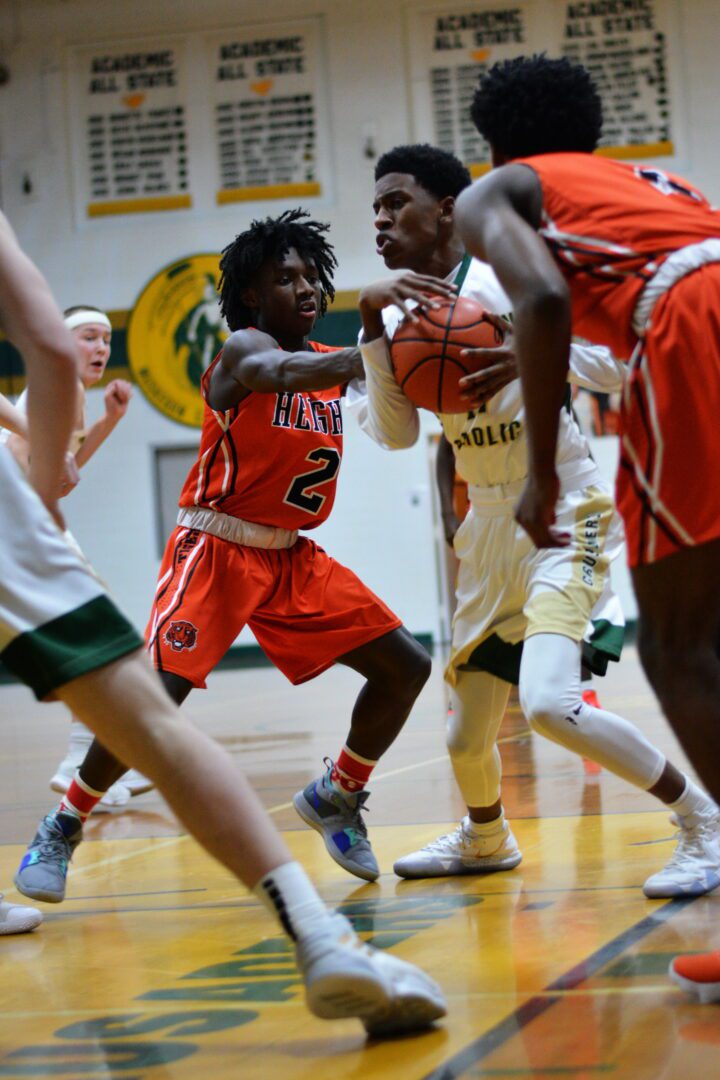 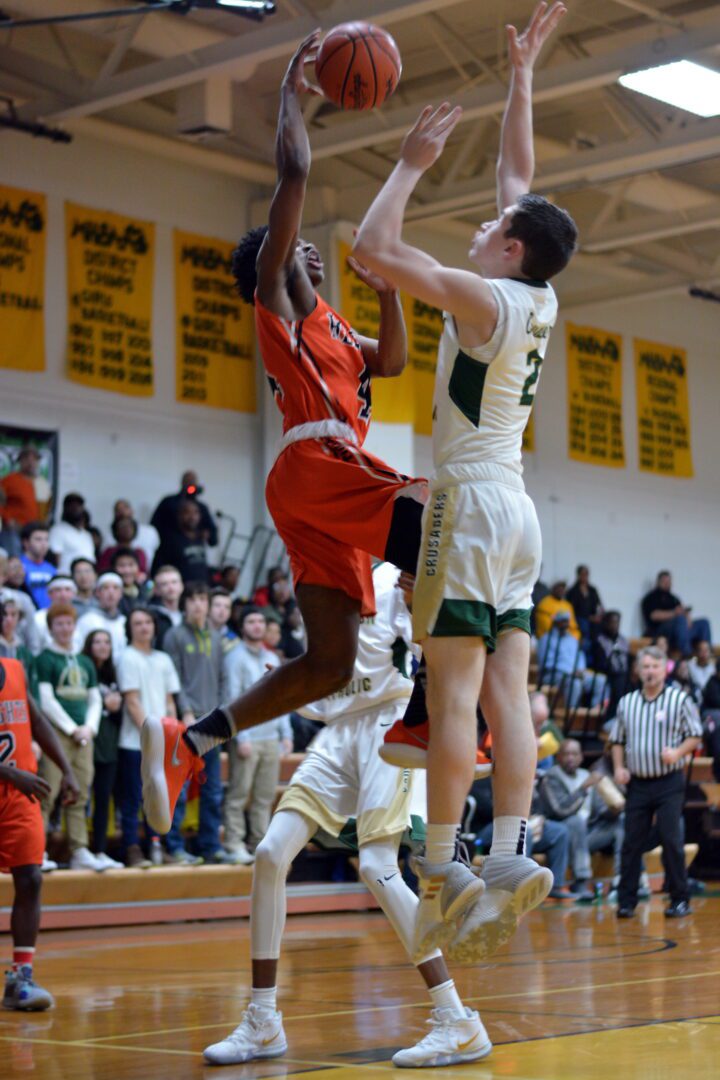 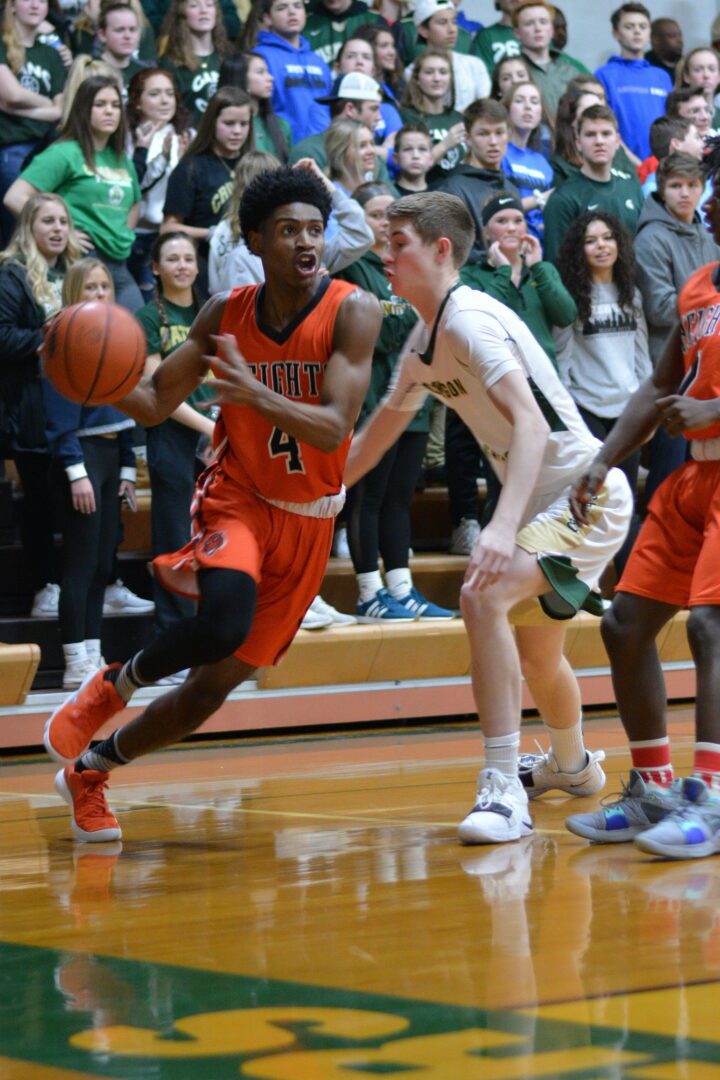