Dundee, its arch-nemesis in the Division 3 state tournament.

But the Vikings are not quite there yet.

Whitehall faced Dundee in the state semifinals in 2016 and 2018 and lost both matches, and came into Saturday’s semifinals with a chance to gain some revenge. 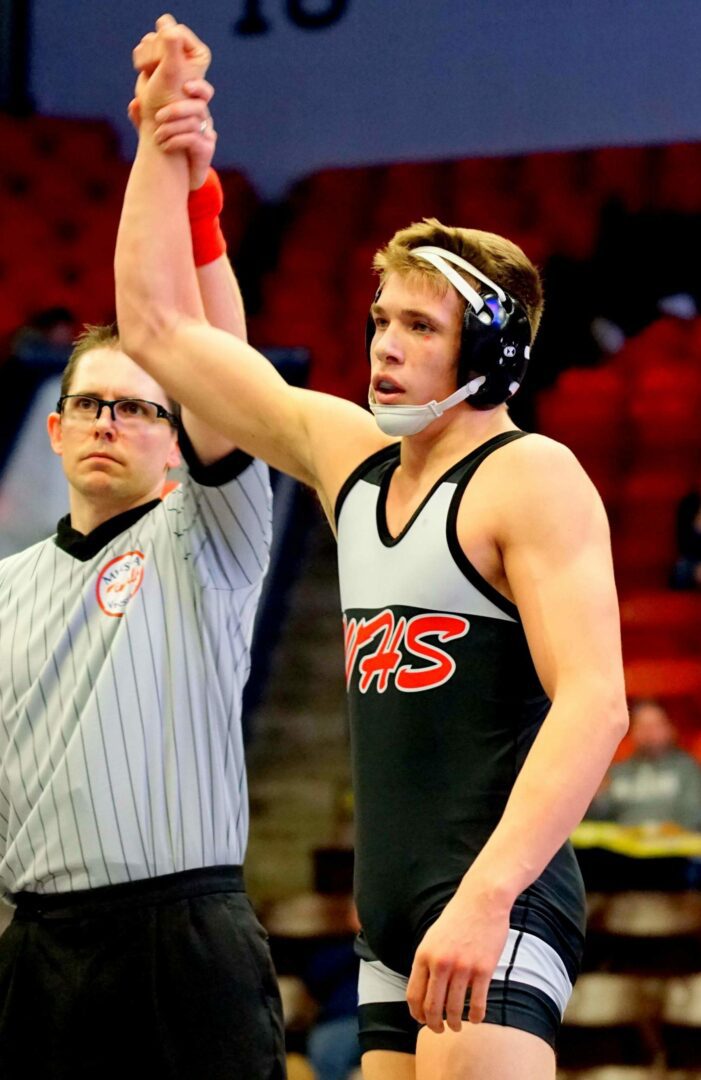 The Vikings came very close – it came down to the last match, in fact – but lost a heartbreaking 35-27 decision to Dundee at Wings Event Center in Kalamazoo.

Whitehall beat Alma 36-24 on Friday in the state quarterfinals, to advance to Saturday’s Final Four.

While it was tough to lose to Dundee again, Whitehall co-head coach Justin Zeerip noted that the final score of last year’s semifinal was 67-3, so this was a big improvement.

“I was really proud of the kids’ effort,” Zeerip said. “They fought really hard. We were right there the whole match. We ended up losing to the eventual state champs. We won seven matches against them and they won seven against us.”

Whitehall’s Max Brown started Saturday’s match with a 3-2 victory at 125 pounds, giving the Vikings a 3-0 lead.

That left the Vikings with a promising 27-21 lead with three matches to go. But Dundee won all three.

The Vikings will be a good bet to return to the state Final Four next year, with eight individual state qualifiers returning to the lineup, as well as two regional qualifiers.

“We have a lot of great kids returning,” Zeerip said. “It will be important for us to do all the offseason stuff and continue to get better.” 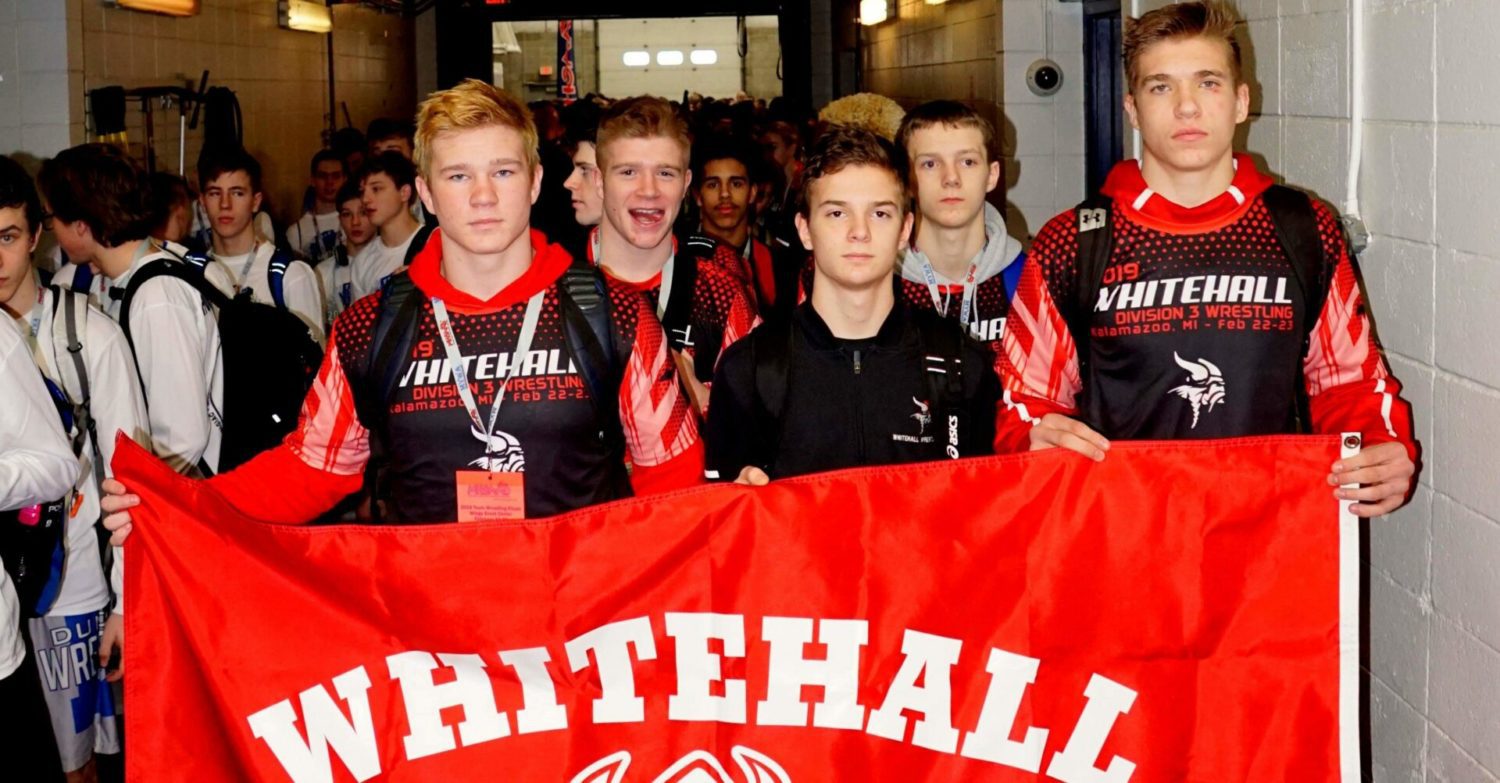 Allen Powers battles his way for Whitehall during his match. Photo/Leo Valdez 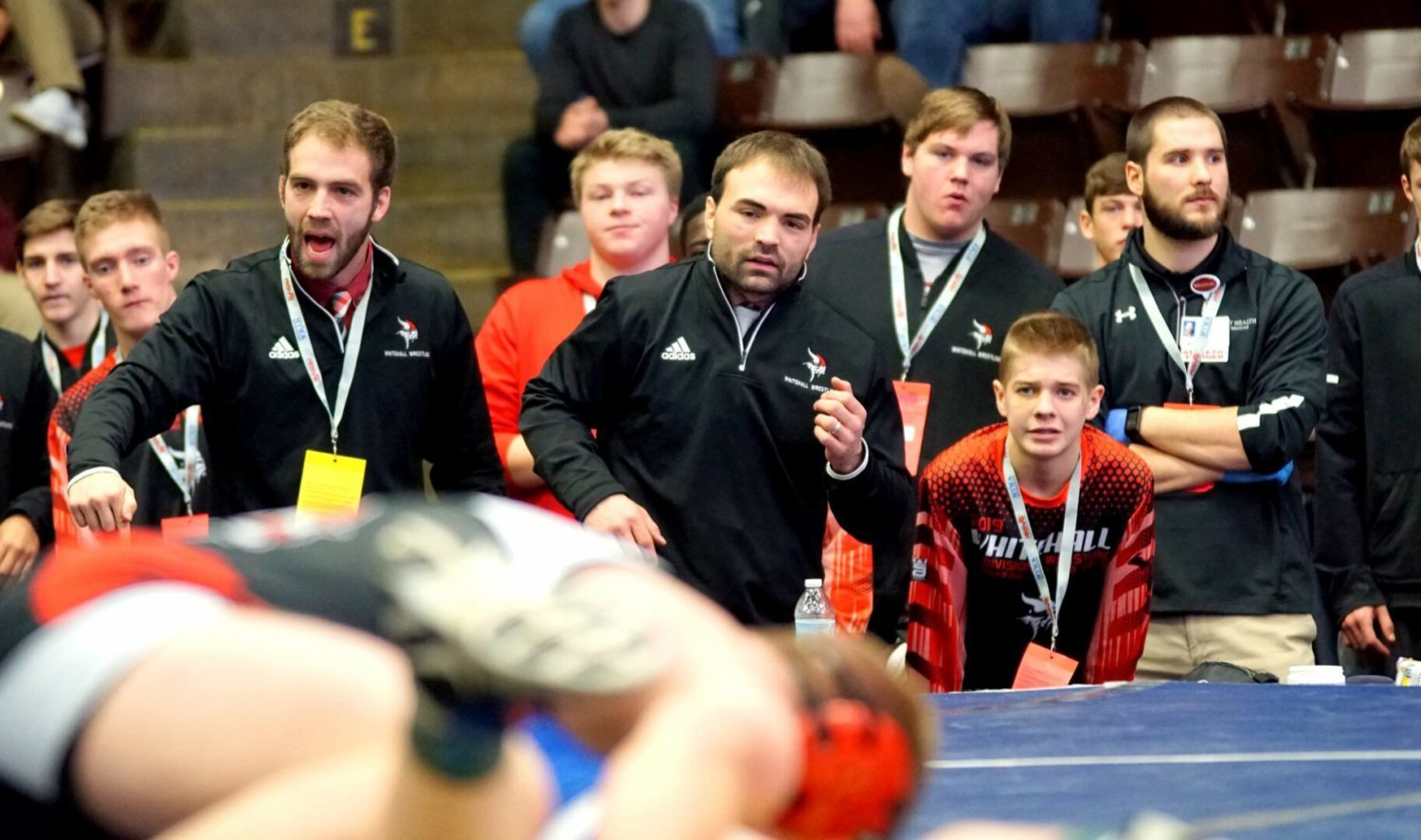 The two Zeerip coaches call out to Allen Powers during his match. Photo/Leo Valdez 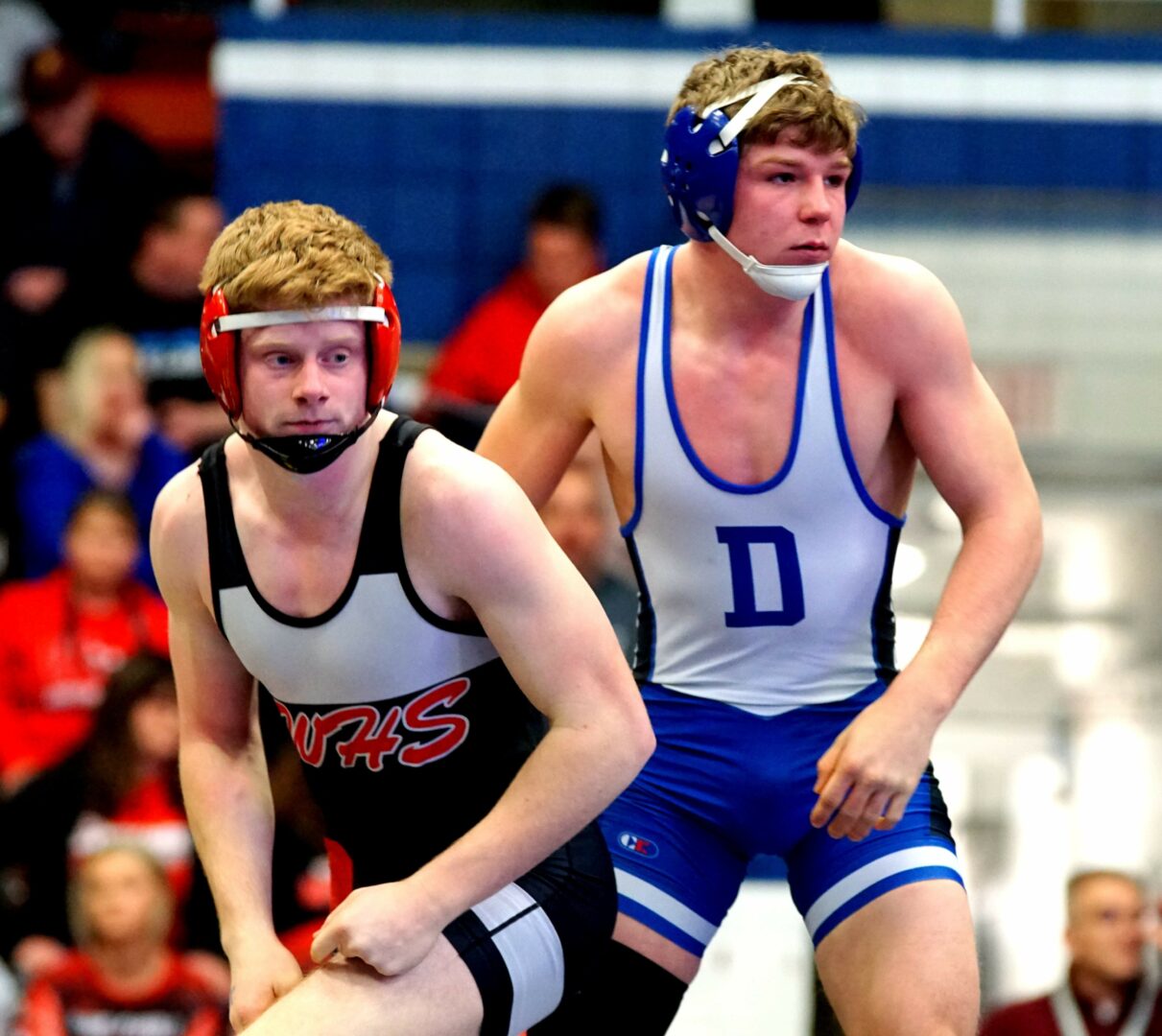