Some basketball games still on for Friday night, Grand Haven set to host Zeeland West in the Pirate’s Pit

Thanks to the polar vortex of 2019, area athletes have missed quite a few days of school and practice.

Many area high schools are on their fifth consecutive snow day and some like Montague, are on their sixth day off.

Despite the vortex break, there are still boys and girls varsity basketball games on the docket for Friday night. And that means the LSJ is back in action.

Tonight’s LSJ coverage features the undefeated Grand Haven girls squad hosting Zeeland West. This is a special game for Bucs fans and players as both the girls and boys contests will be played in Lakeshore Middle School’s gym (900 Cutler St), formerly known as The Pirate’s Pit. 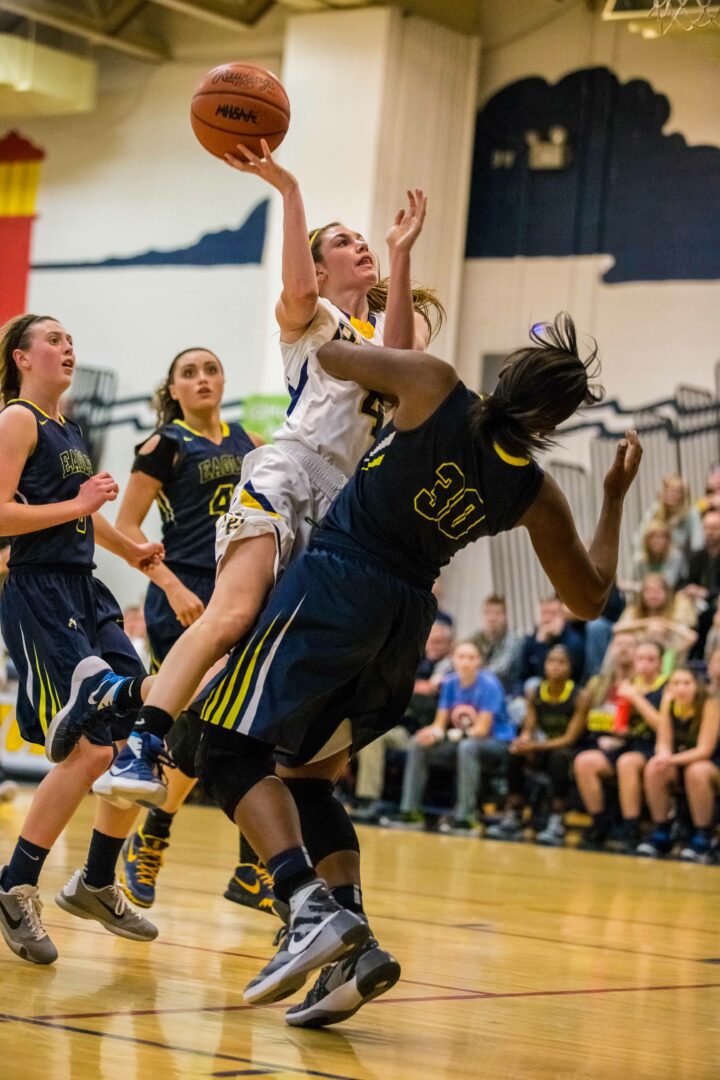 Grand Haven’s Alli Keyser goes for the bucket against Grandville’s No. 30 Shaina DenBesten during the Bucs win at the Pirate Pit back on Feb. 5, 2016. Photo/Tim Reilly

Grand Haven Boys tipoff first at 6 p.m. with the girls varsity game following. Tickets are on sale at the high school athletic office until 3 p.m. today. Due to the gym’s limited space, no passes will be permitted for entry.

Here is the list of tonight’s contests that are still being played: