RAVENNA – After allowing 10 points in the first quarter on Wednesday, the Western Michigan Christian

The Warriors clamped down, allowed only 18 points in the final 24 minutes, and pulled away for a 50-28 victory over Ravenna in the Division 3 district semifinals on the Bulldogs’ home court.

Western Michigan Christian, now 17-3 on the season, will face powerful Kent City on Friday night at 6 p.m. in the district championship game at Ravenna.

Ravenna finished the season with a 7-13 record.

“I think we underestimated Ravenna,” said Warriors head coach Jeremy Goorman about his team’s defensive struggles in the first quarter. “We were probably looking forward to Kent City. We got out of the gates slow and it looked like everyone had their feet in the mud.” 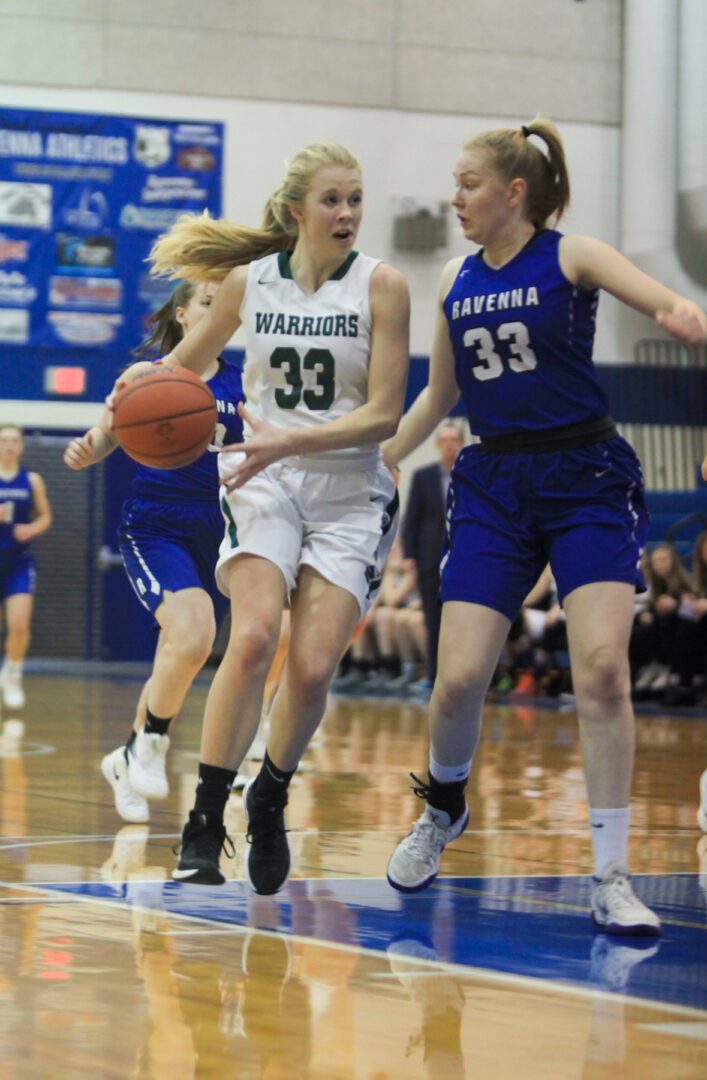 Taylor Folkema drives to the basket against Ravenna’s Veera Hautala

The two teams were tied 10-10 after the first eight minutes, with Veera Hautala and Haley Lemkie leading Ravenna with four points apiece, while Taylor Folkema and Anna Sytsema each had four for the Warriors.

Folkema benefited from the Ravenna turnovers, scoring three straight lay-ups after Bulldog mishaps in the middle of the quarter.

“We saw that we had to start turning up our defense,” said Folkema, whose team forced 29 Ravenna turnovers in the game. “We started getting some stops and our offense really started going off of it.”

The teams played pretty even in the third quarter, with the Warriors only having an 8-7 advantage and leading 38-24 going into the fourth.

But the WMC defense clamped down again in the last eight minutes, allowing only four points to seal up the win.

Folkema and Sytsema each finished with 18 points to lead the Warriors while Ravenna was paced by Hautala with 13 points.

“I think it really was the transition layups,” Goorman said about the win. “Our steals created baskets and gave us easy chances.”

The coach knows his team will have to be ready for Kent City, which set a new MHSAA record for three-pointers in a season in its semifinal win over Holton on Wednesday.

“You pray a lot,” Goorman said. “You have to work hard to get a hand up on every shot, and it lowers percentages when you get a hand up. That’s our key for Friday night.” 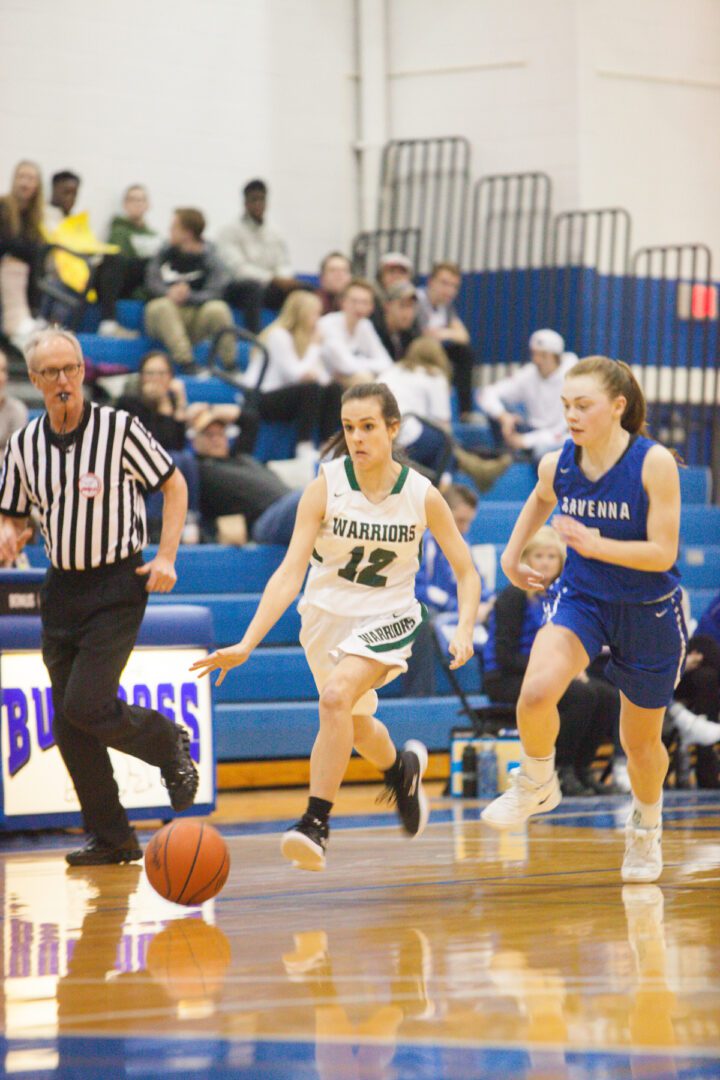 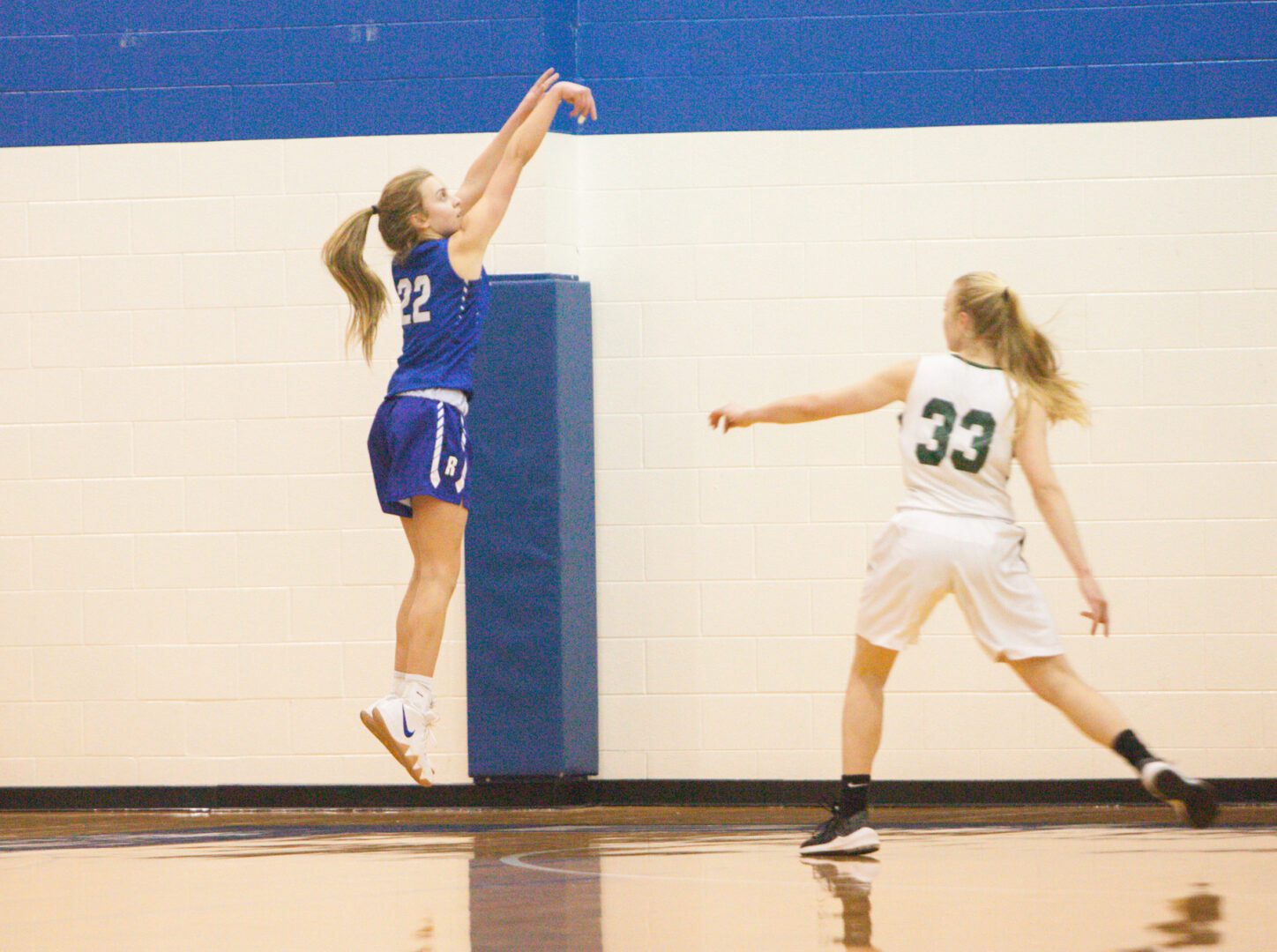 Haley Lemkie takes the jump shot from the corner for Ravenna. Photo/Jason Goorman 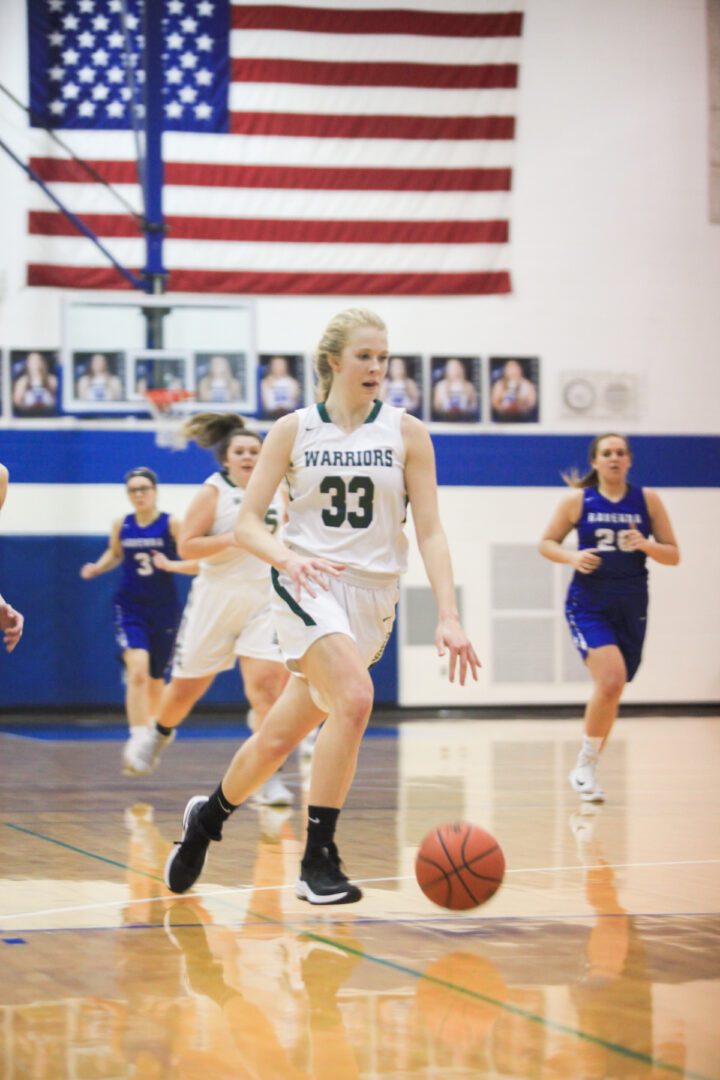 Taylor Folkema on the drive for WMC. Photo/Jason Goorman 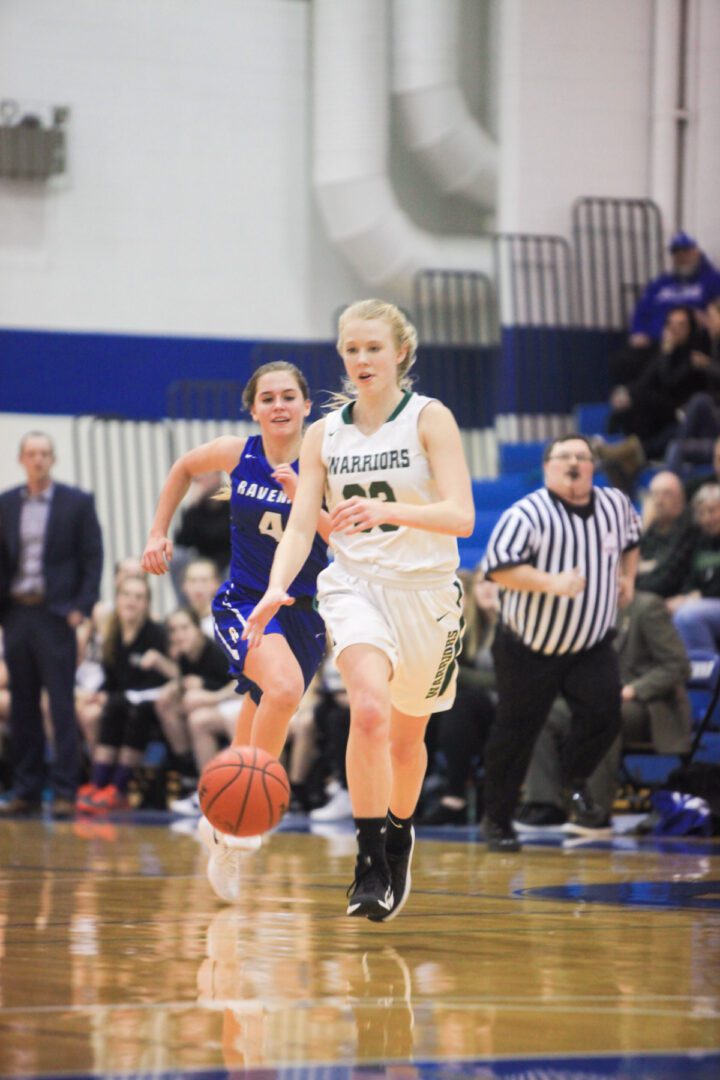 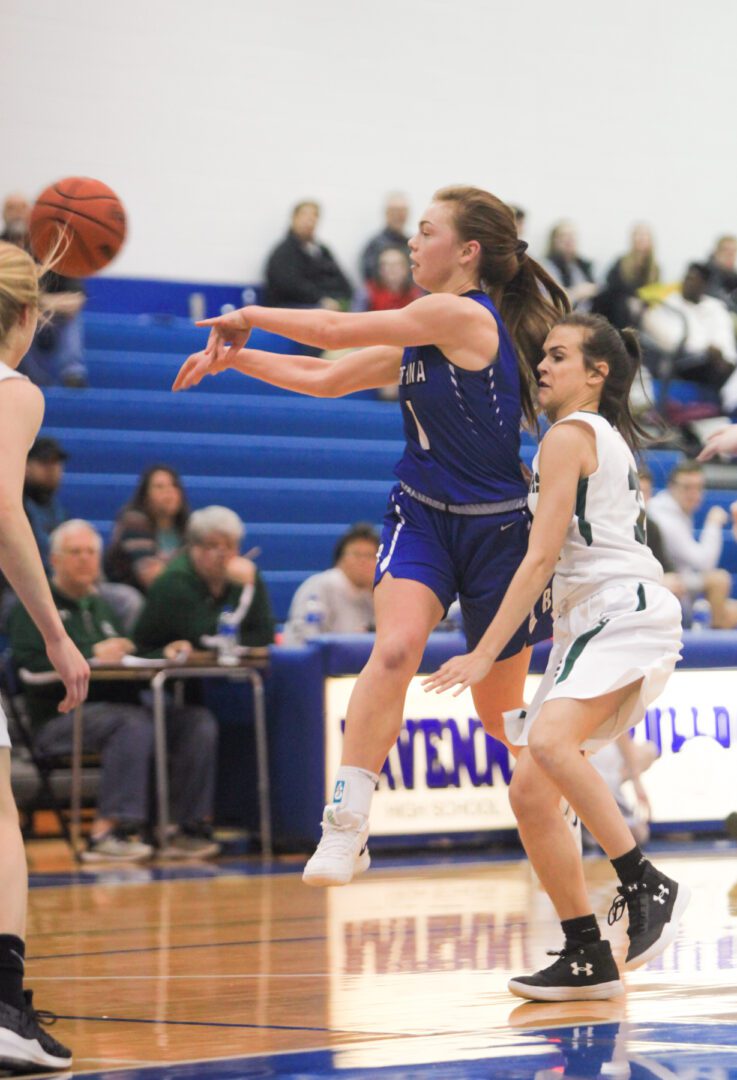 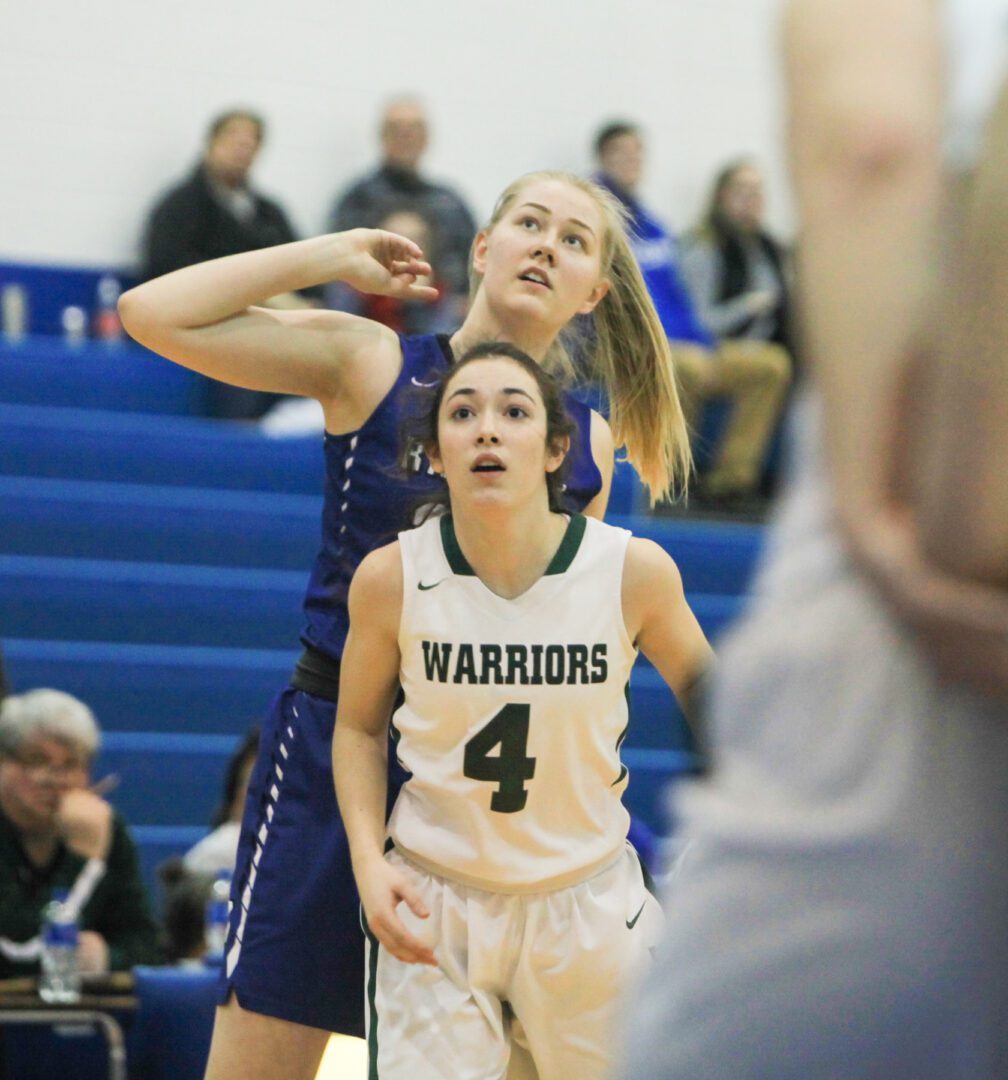 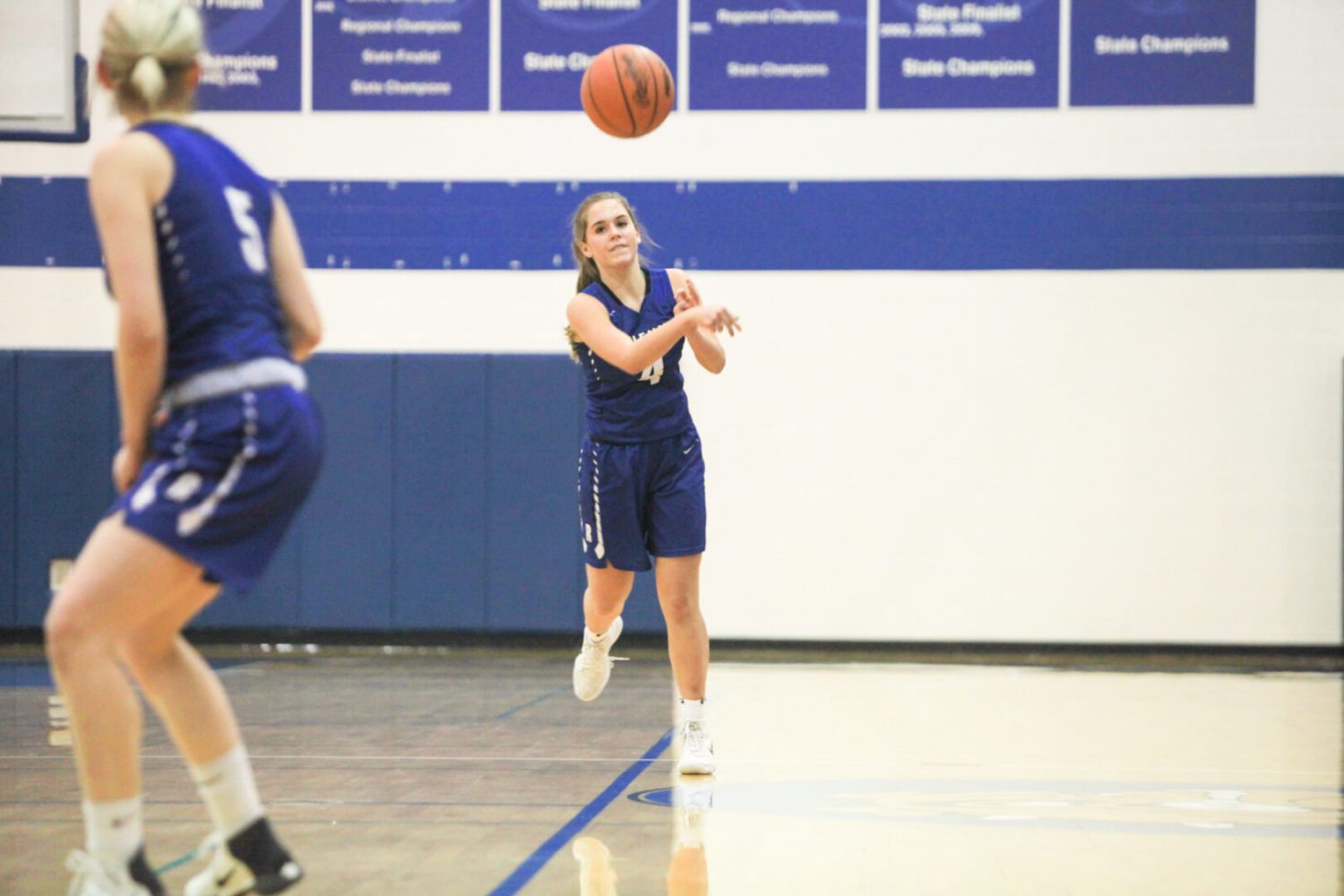 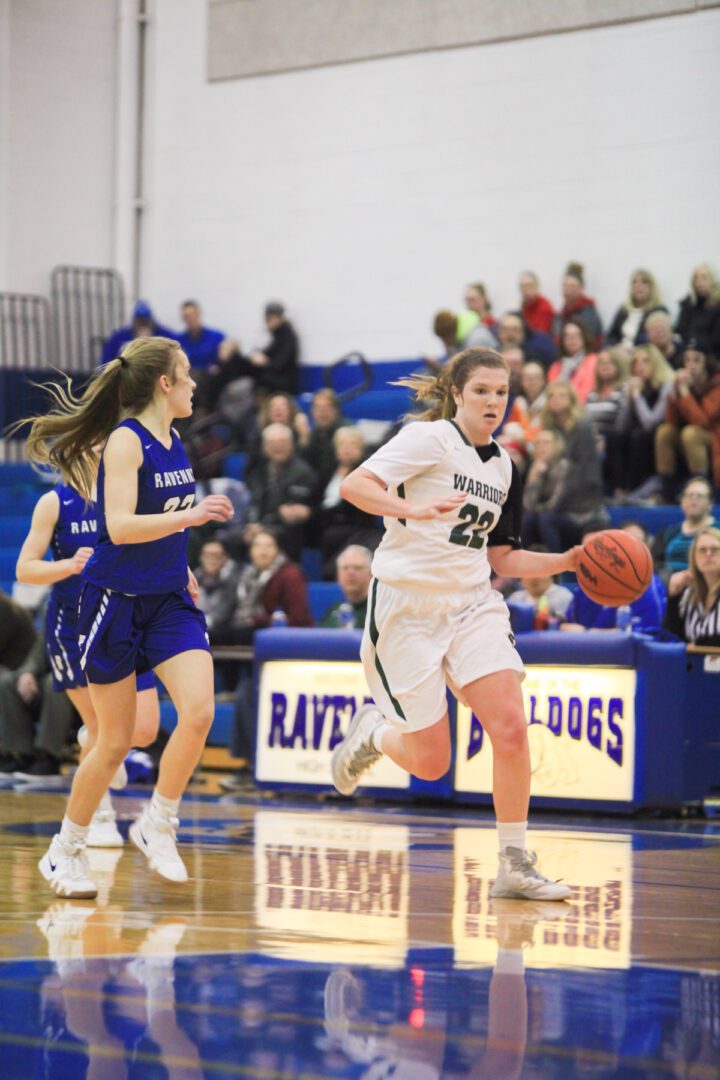 Anna Sytsema pushes up court on the fast break for WMC. Photo/Jason Goorman 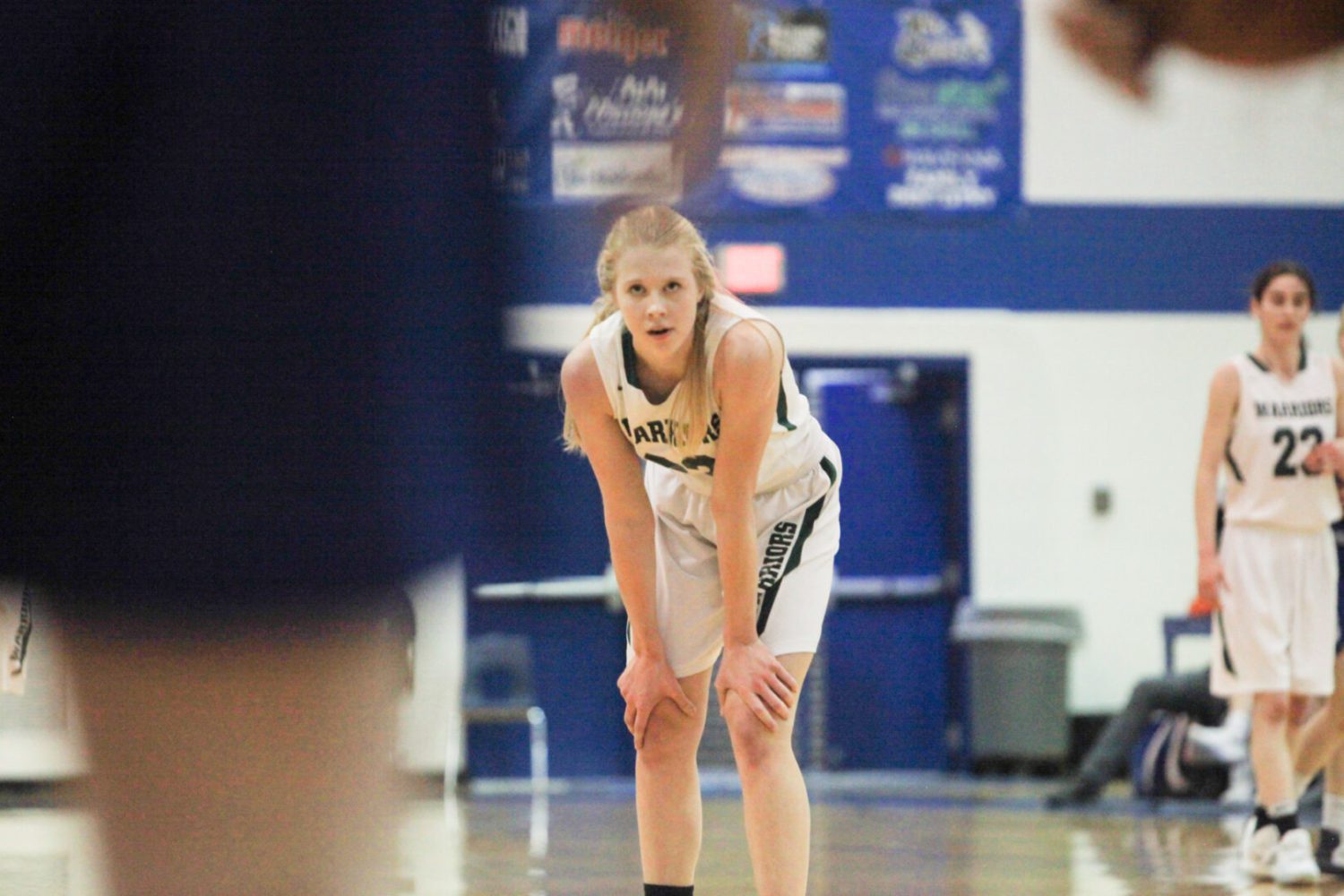 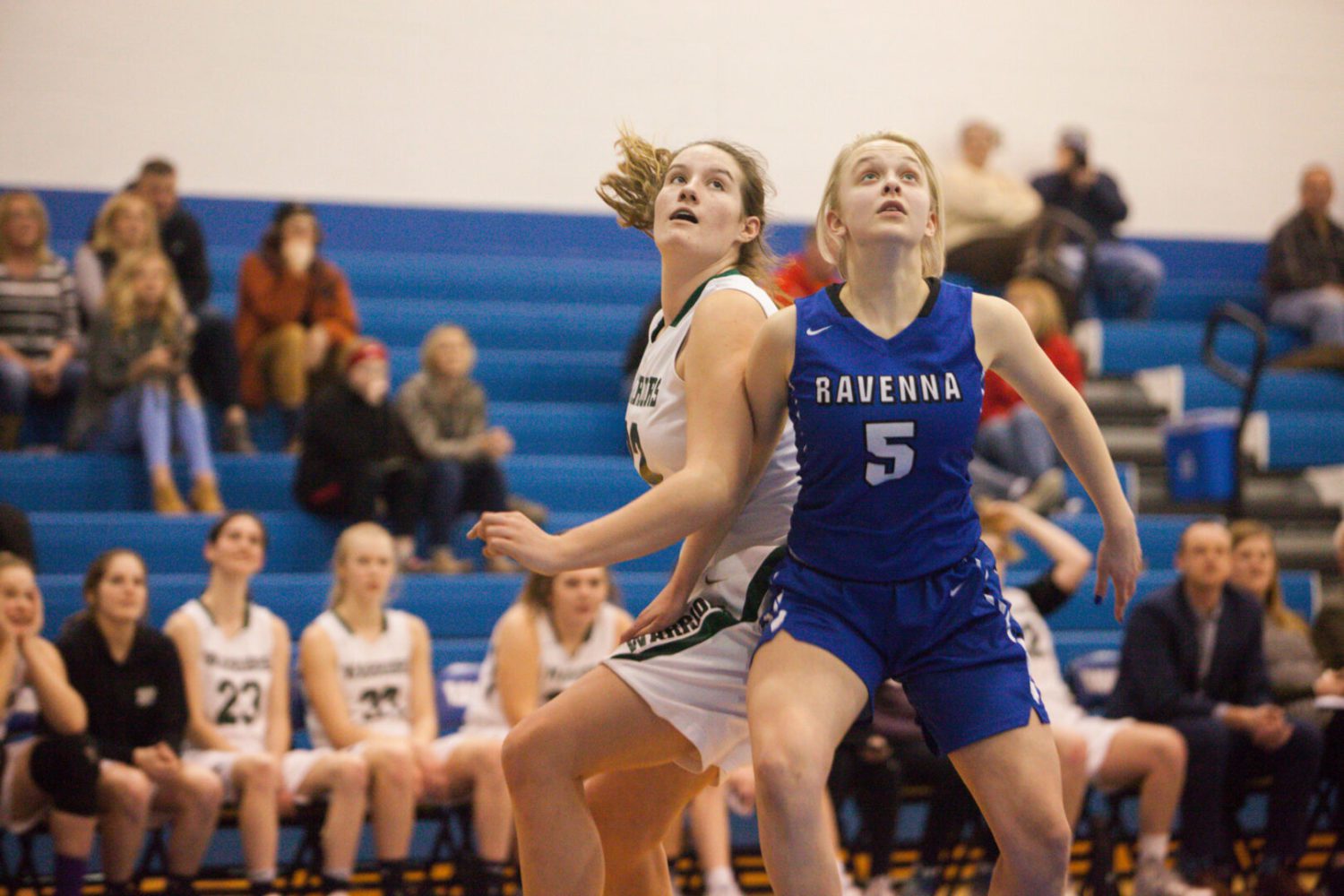 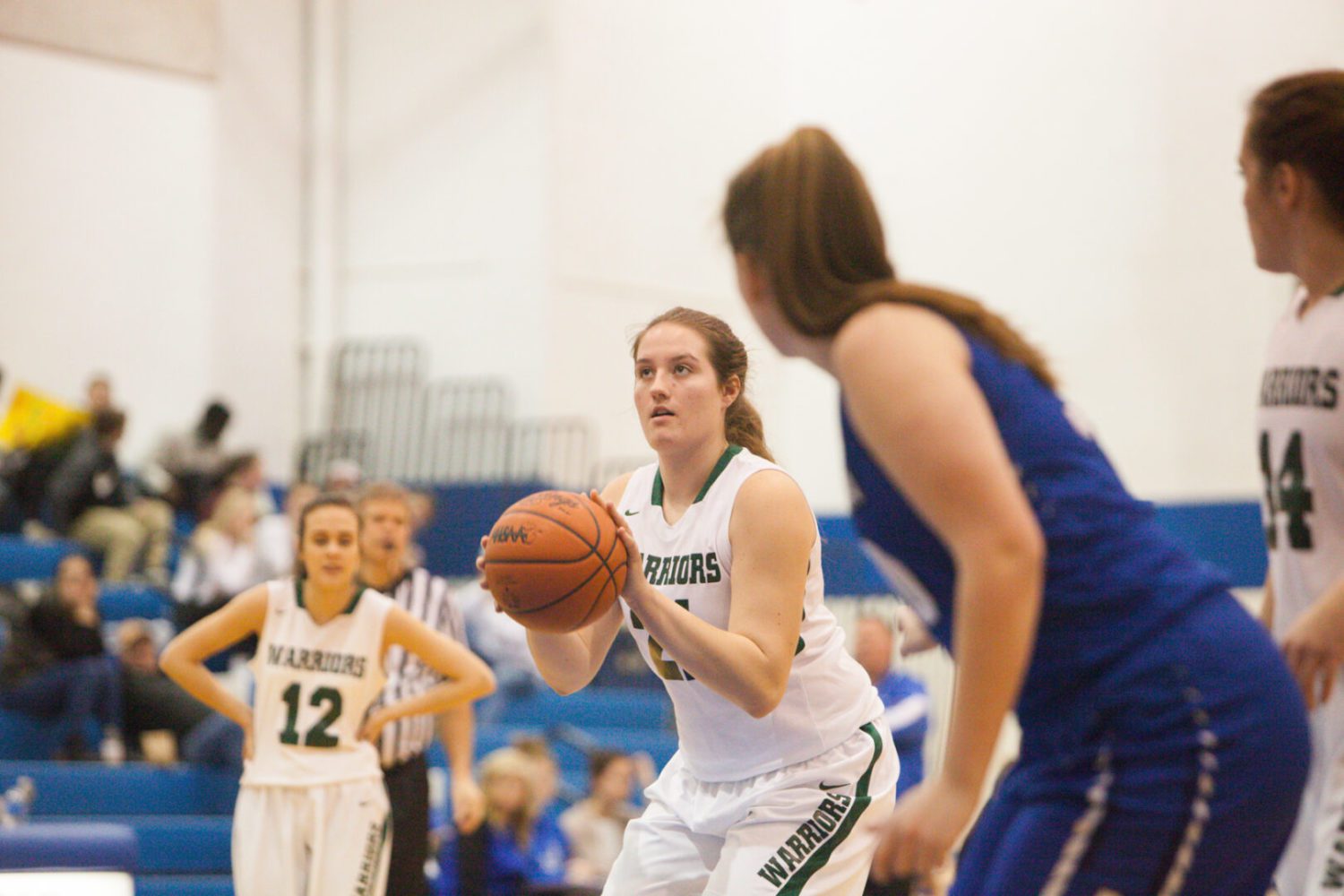 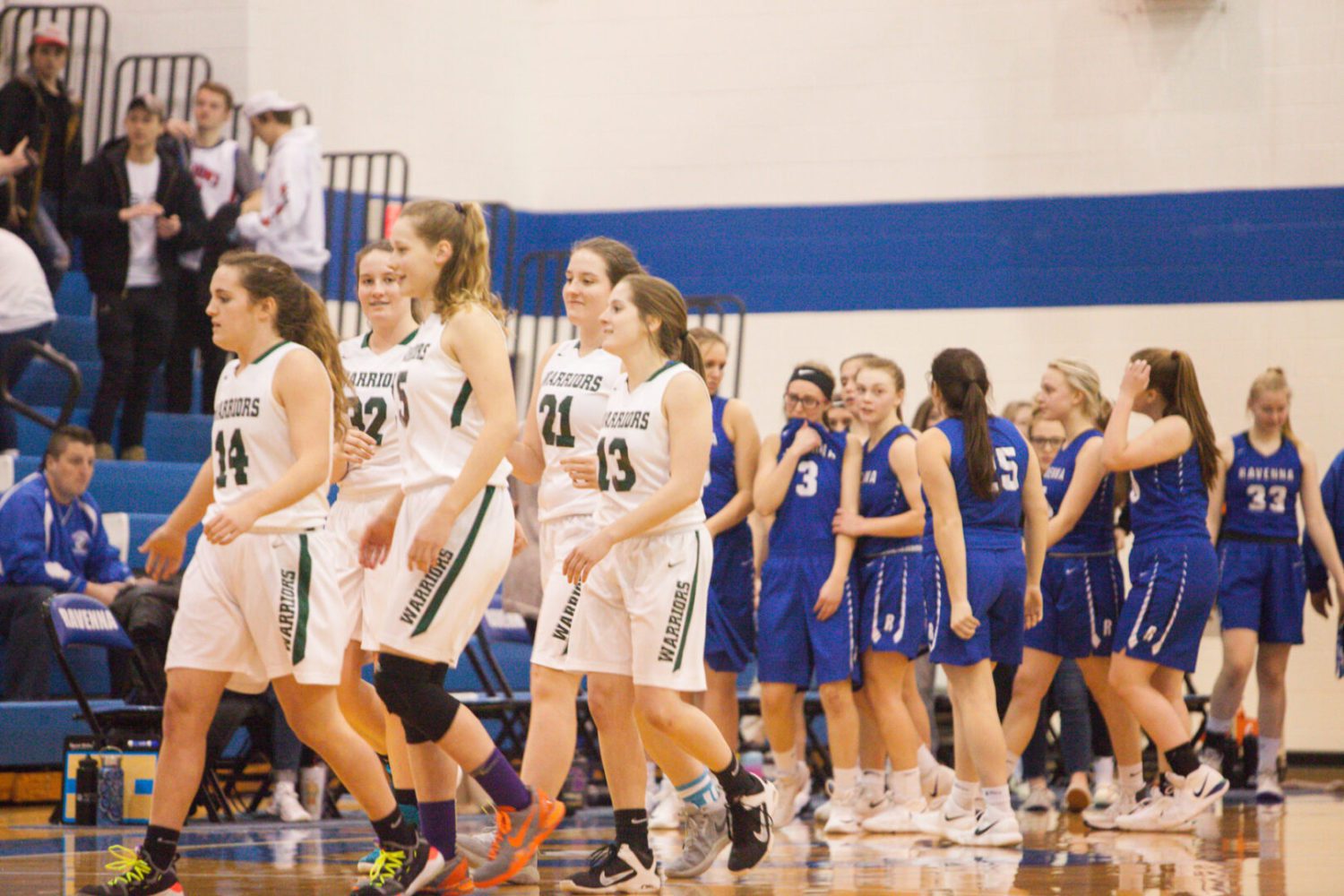 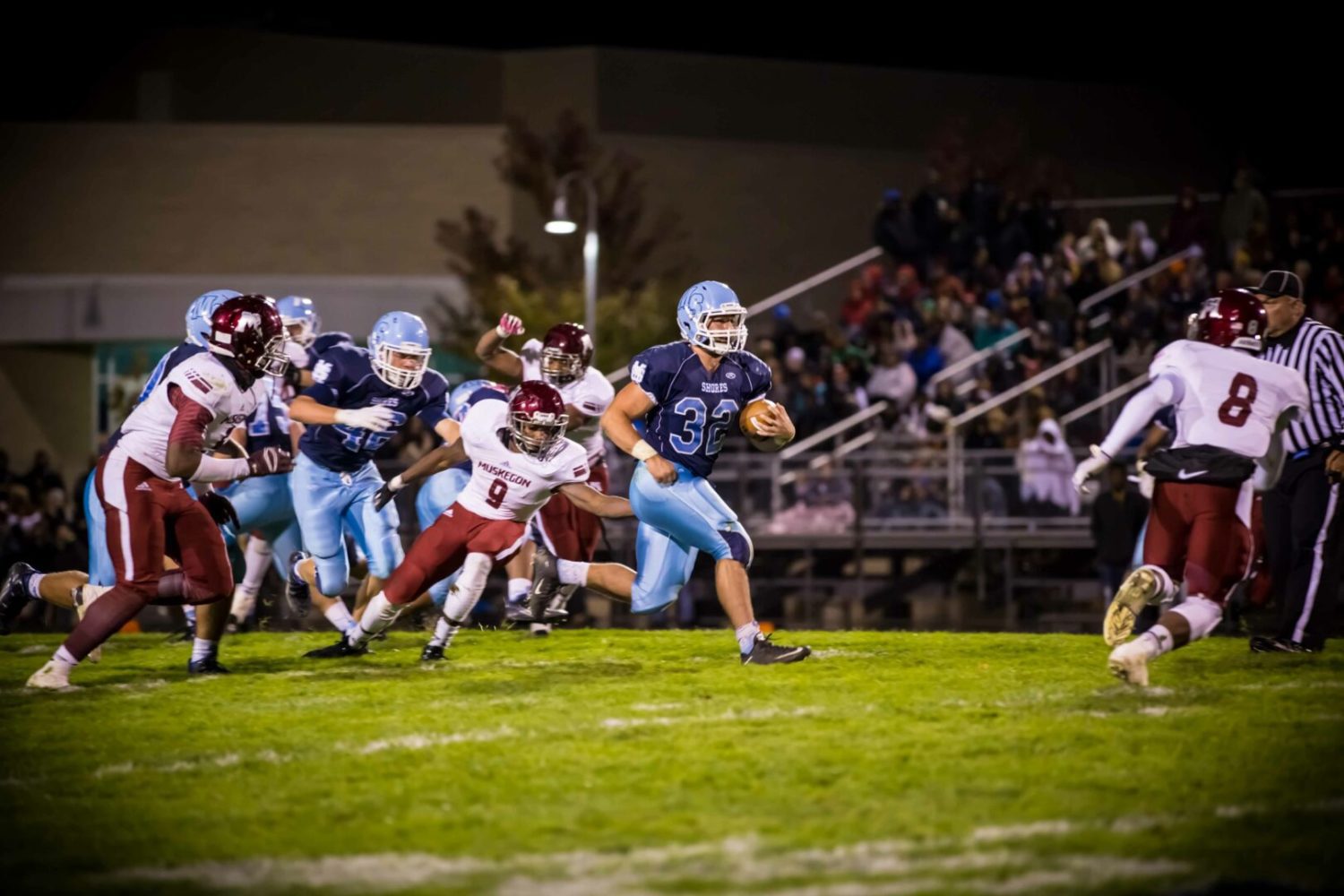