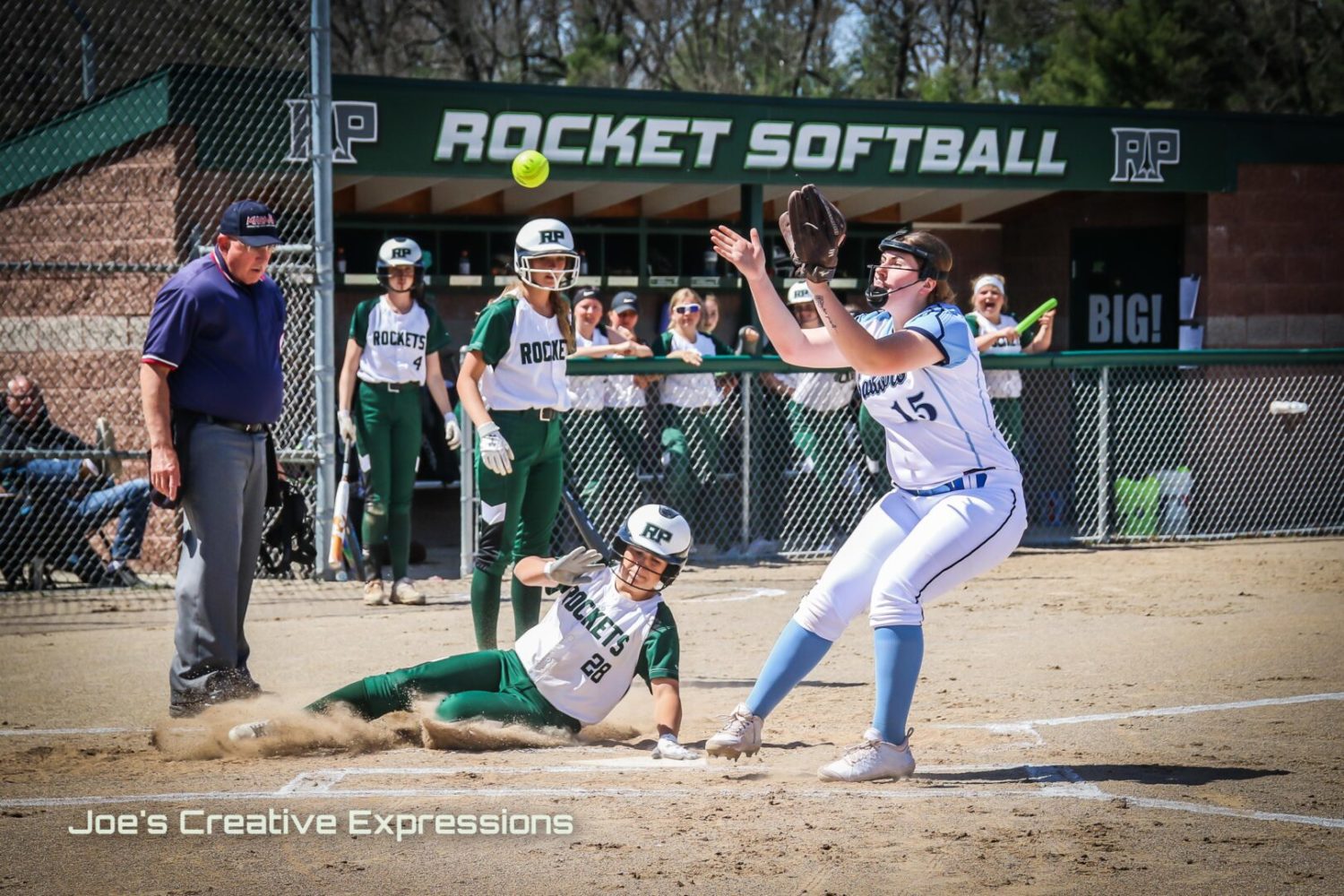 Association Tier 1 City Tournament, probably because it always does so well in it.

The Rockets came into this year’s tournament having won three city titles in a row, and five in the last six seasons. They made it four in row on Saturday by grinding through their first two games, then beating Mona Shores in the finals.

It did not come easy for Reeths-Puffer, which split its two games in the preliminary rounds, beating Fruitport 10-0 and losing to Whitehall 3-0.

The Rockets managed to advance to the finals based on run differential, and defeated Mona Shores 3-1 to keep its championship streak alive. 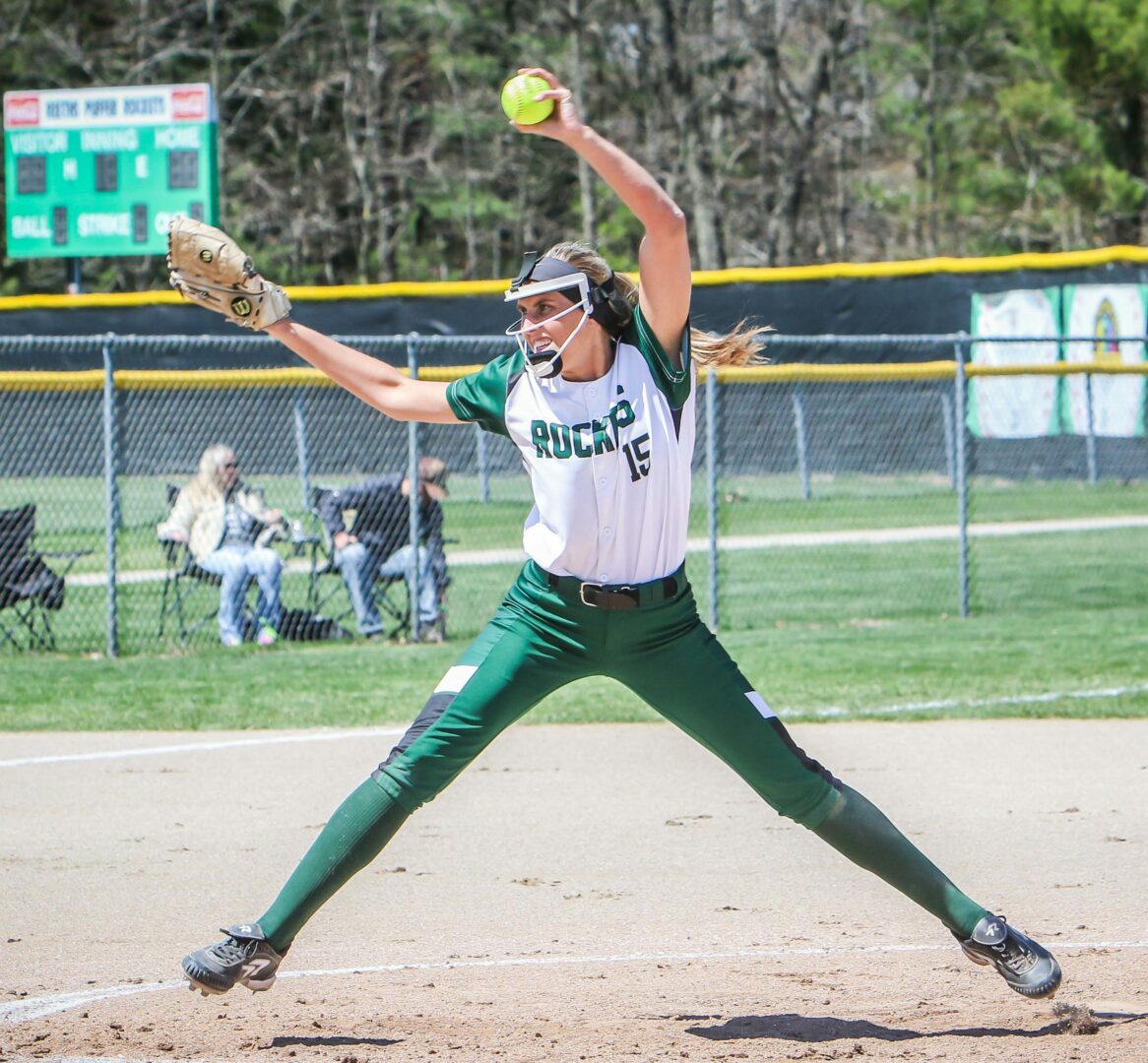 Makayla Thompson leaps off the mound to throw the pitch for Reeths-Puffer. Photo/Joe Lane

Reeths-Puffer is now 7-6 overall on the season.

“We weren’t happy about how we played in Game 2 (against Whitehall), and we didn’t like the energy we brought,” said Reeths-Puffer coach Trista Stingle. “We talked about how we needed to make adjustments if we wanted to be successful. I think we made those adjustments and I am proud of the girls for making them.

“Every year it is a goal for us to win city, and we have hosted it for the last several years, and I think there is a natural excitement to play at our home field.”

Reeths-Puffer was led by pitcher Makayla Thompson, who tossed a complete game in the finals, allowing just one run on one hit while striking out 11 batters.

Thompson also reached base four times on a double, single and two walks.

“She has really done a nice job for us down the stretch,” said Stingle about Thompson. “She hit the pitches she needed to hit, and she has made some adjustments to improve on her batting average.”

The Rockets scored first in the second inning, on a wild pitch that plated Rylee Rzepka, who led off the frame with a single.

Reeths-Puffer increased its advantage to 2-0 in the fifth inning, scoring on an error by the Mona Shores catcher, who was trying to snap throw and pick off a runner at third base. Caitlynn Duffey, who was a courtesy runner for Thompson, crossed the plate for the Rockets. 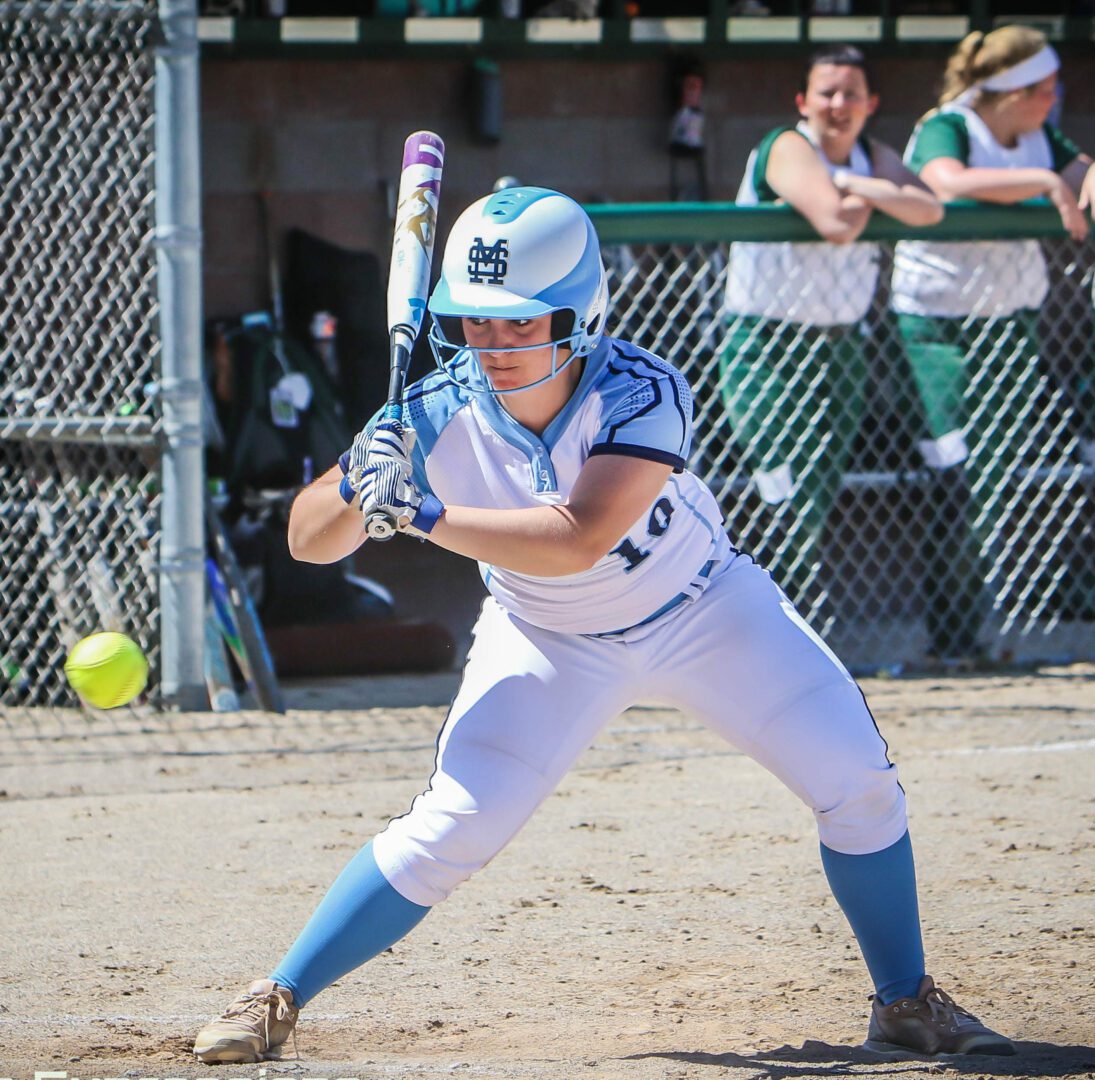 Maddie Mettler watches the pitch at the plate for Mona Shores. Photo/Joe Lane

The Rockets added another run on an error in the sixth inning that scored Abigayle Mitchelson, who led off the frame with a single.

The Sailors had only two base runners during the first six innings, both reaching on errors.

Mona Shores threatened during the seventh and final inning, when it had two hits and scored its lone run. Shelby Savacool had a one-out single, then scored on an RBI triple by Jaiden Warren with two outs.

But the Sailors failed to complete the comeback, ending the game with a groundout to first base.

The Sailors reached the title game by beating Muskegon 16-0 and Orchard View 5-4 in eight innings. 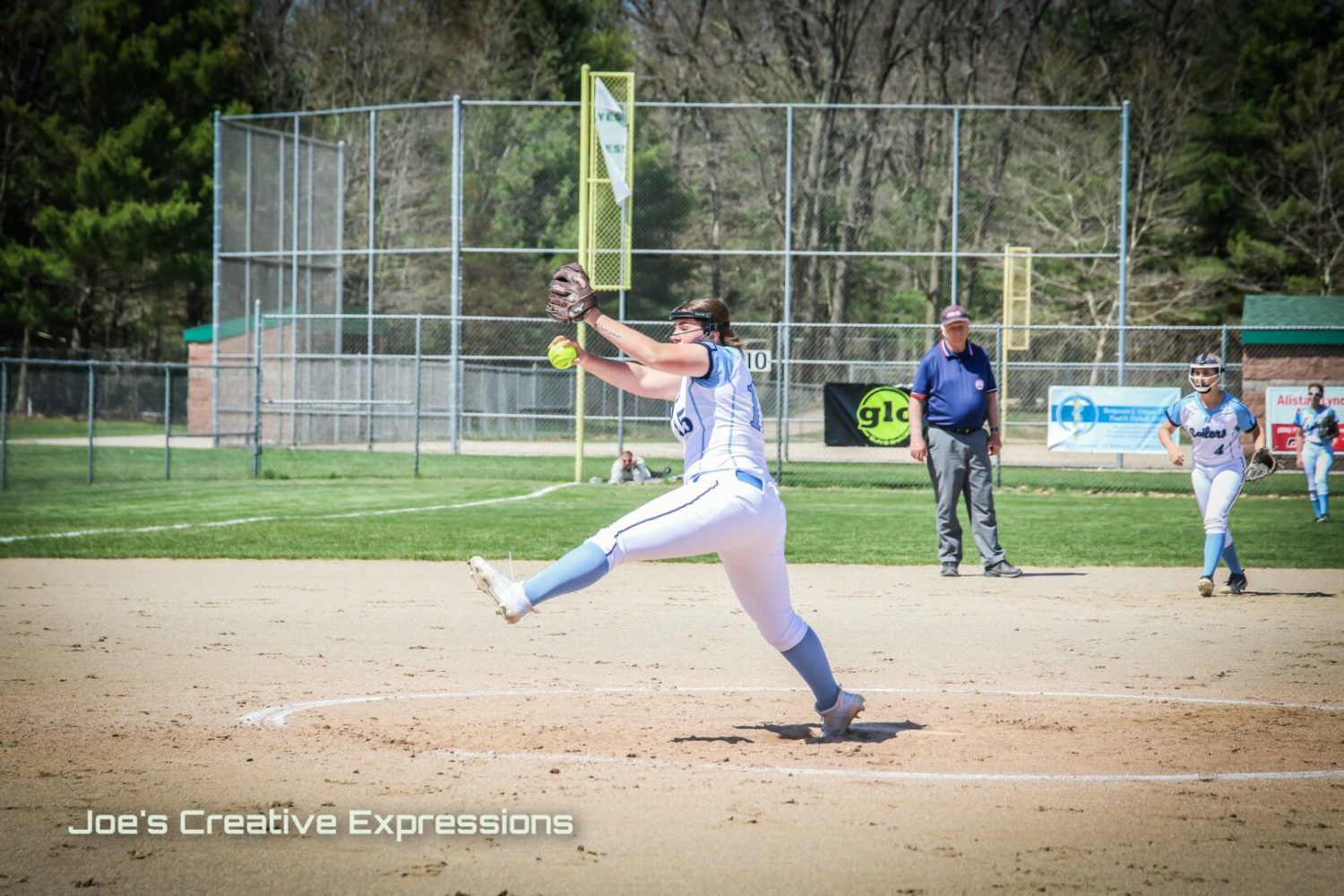 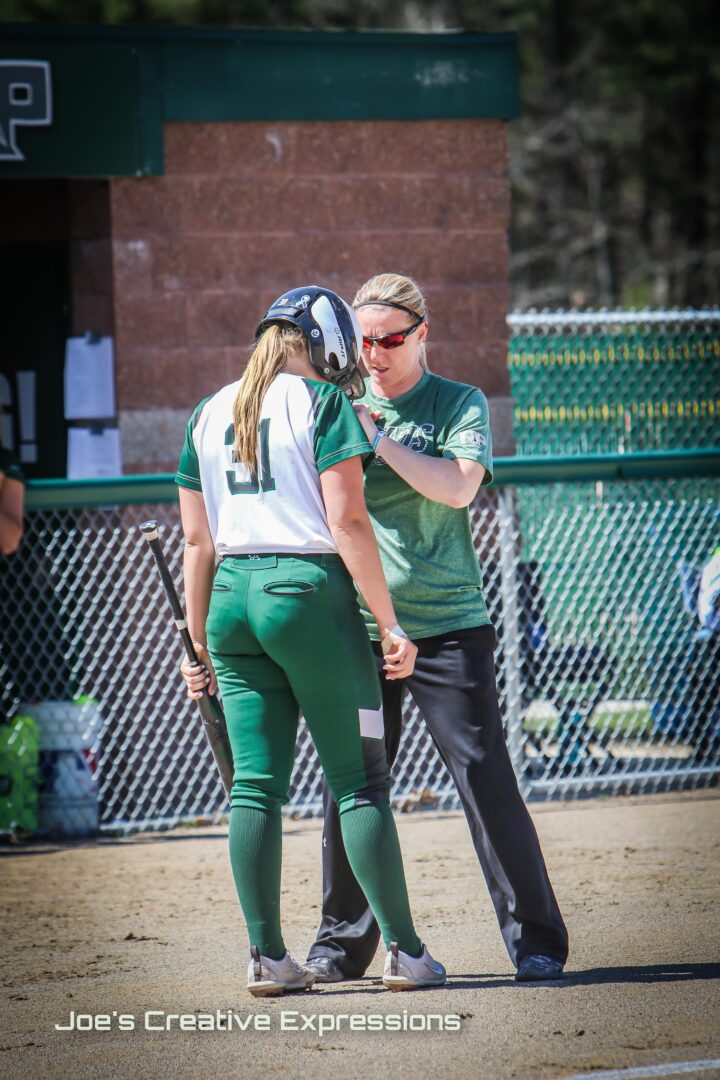 Maddie Mettler watches the pitch at the plate for Mona Shores. Photo/Joe Lane 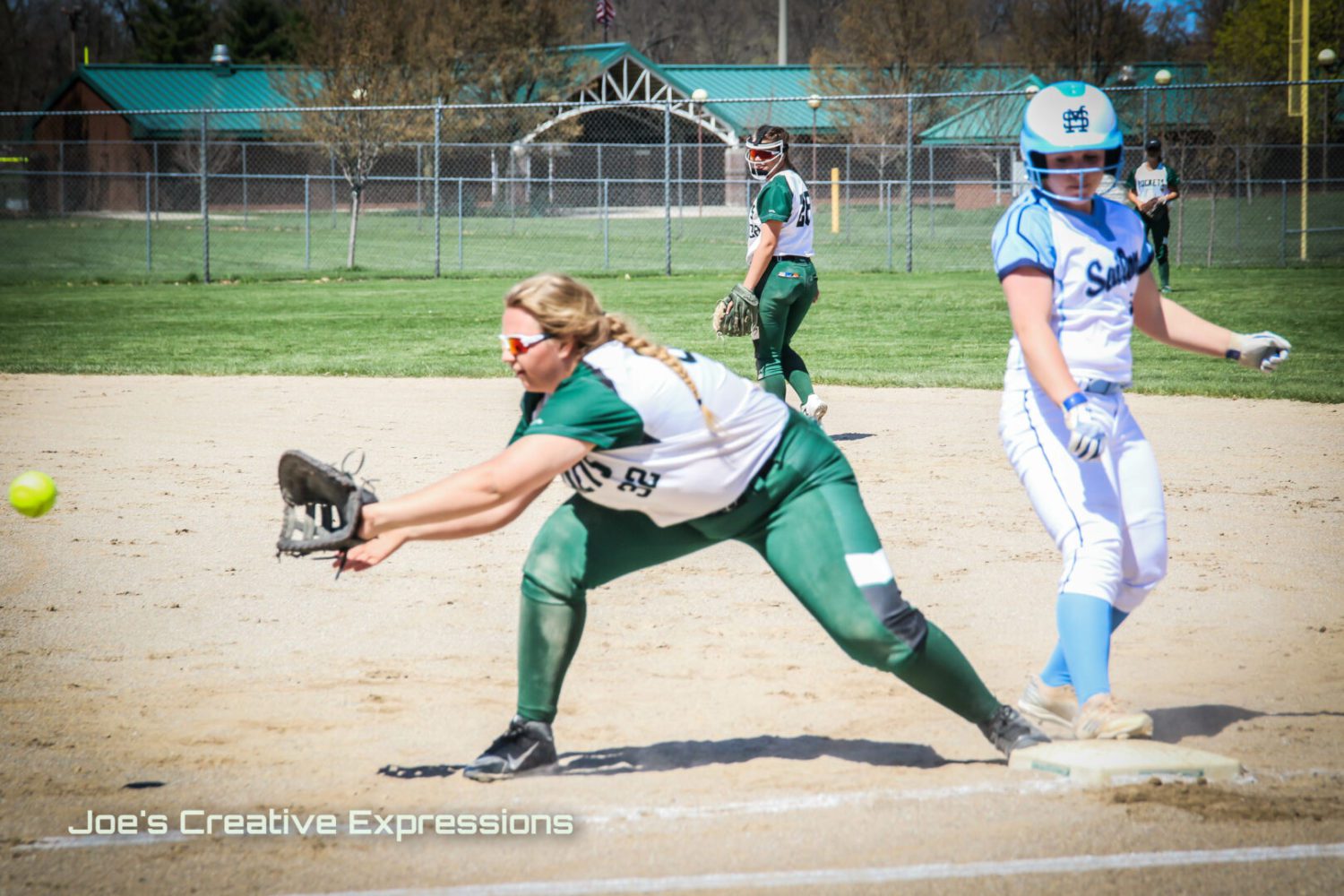 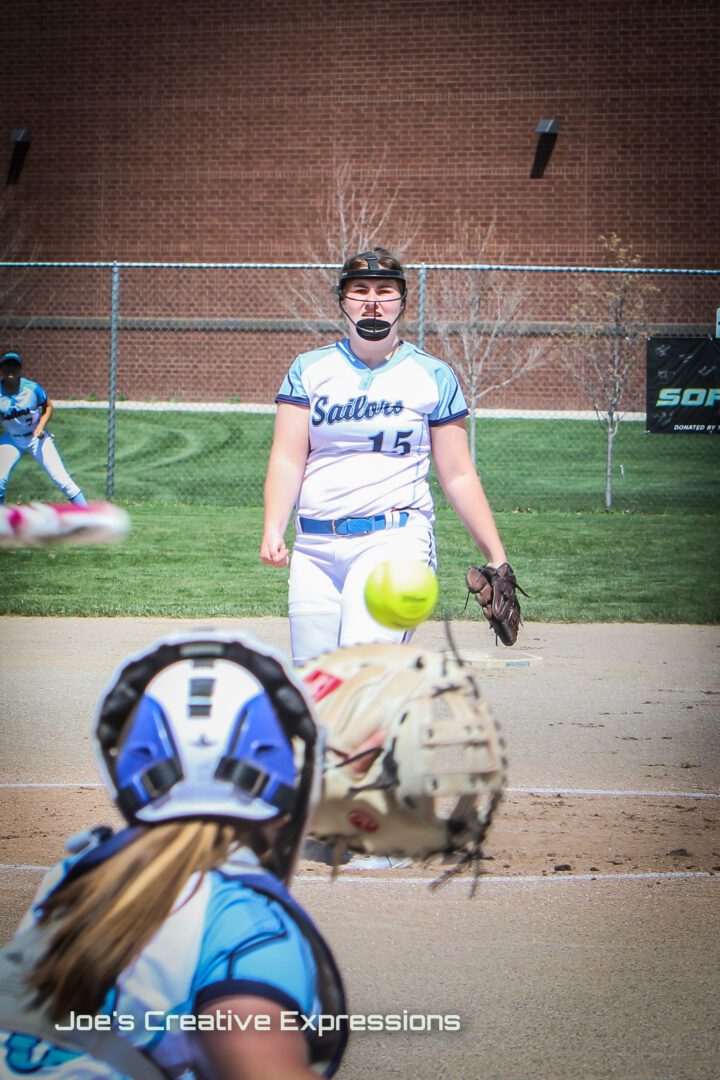 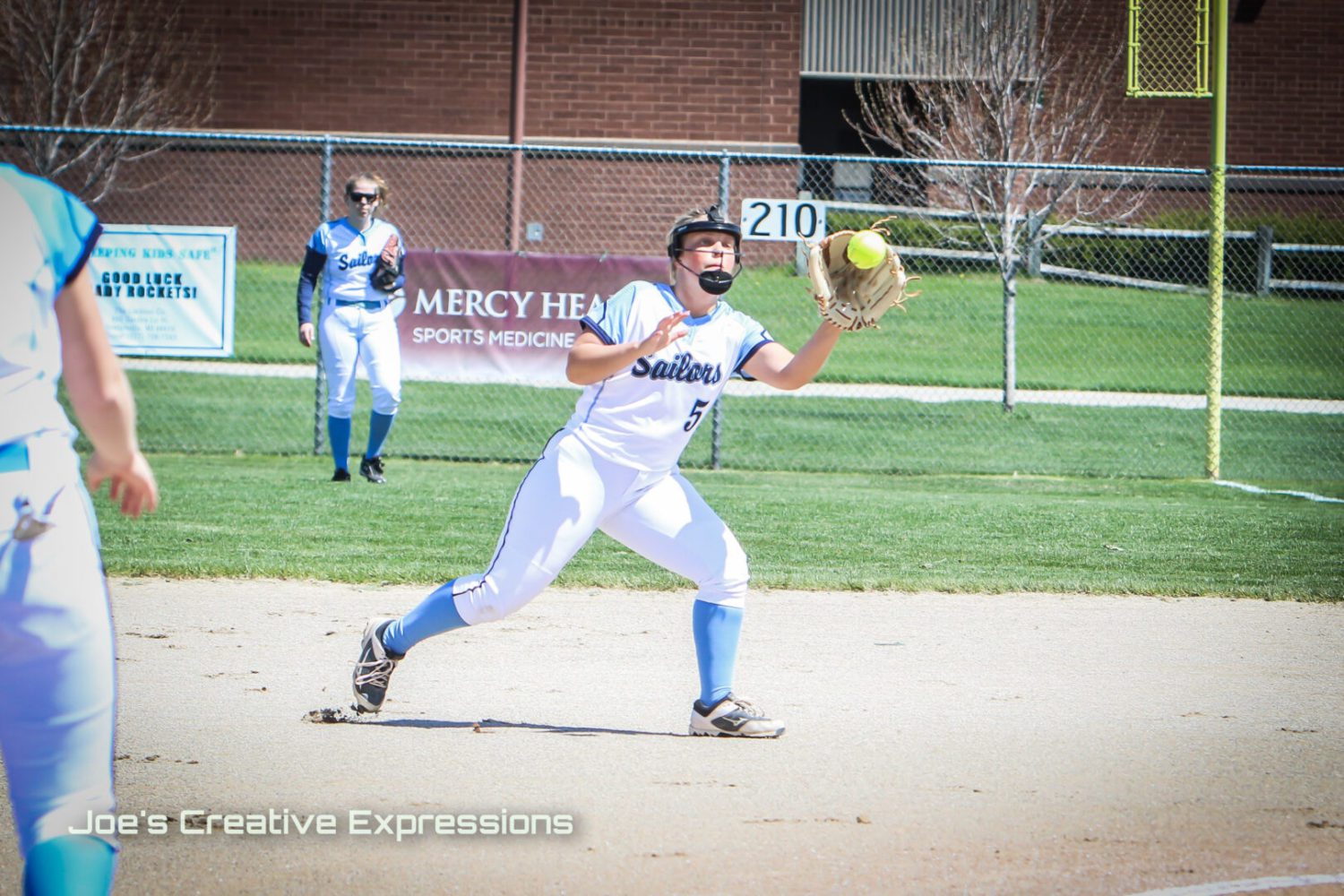 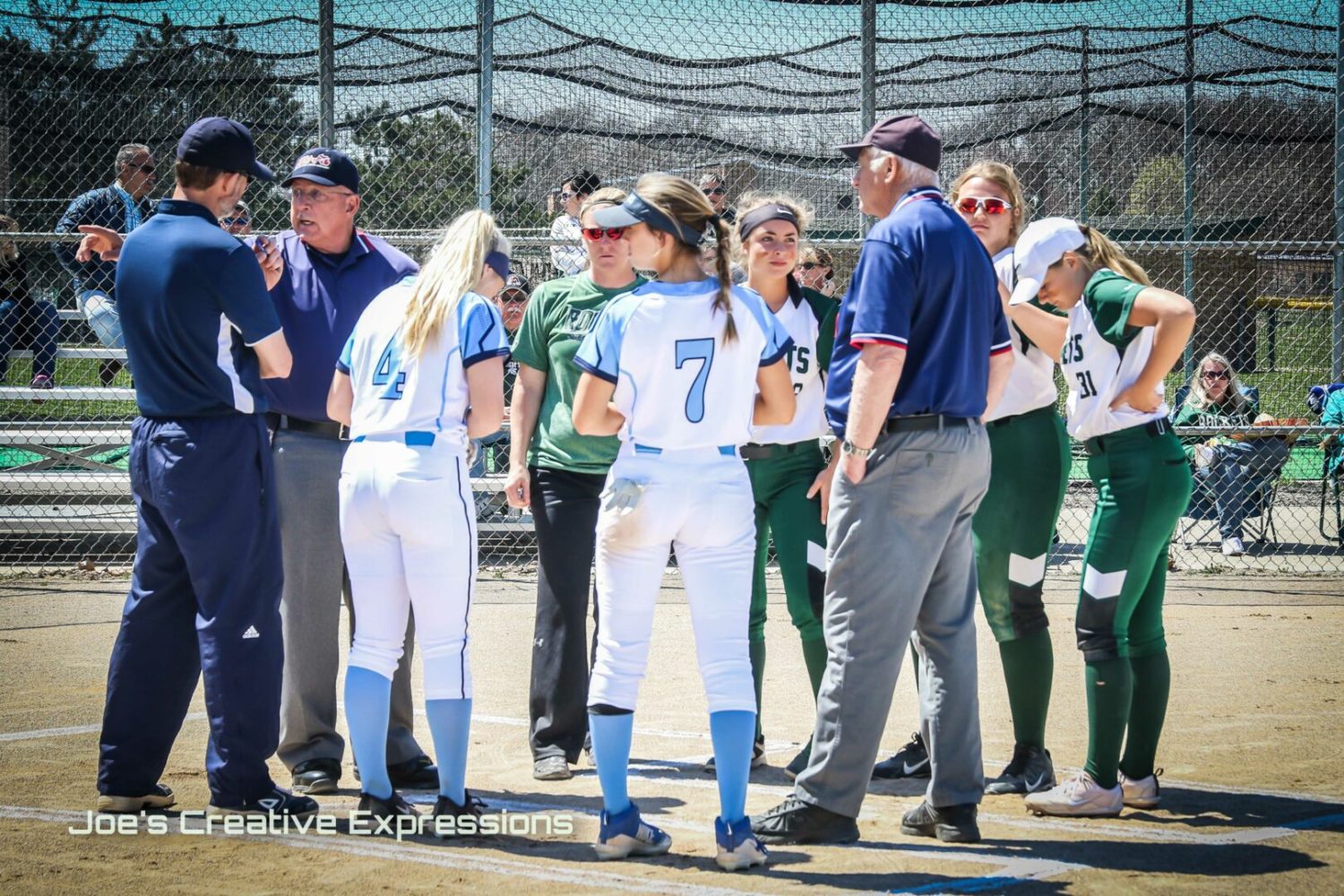 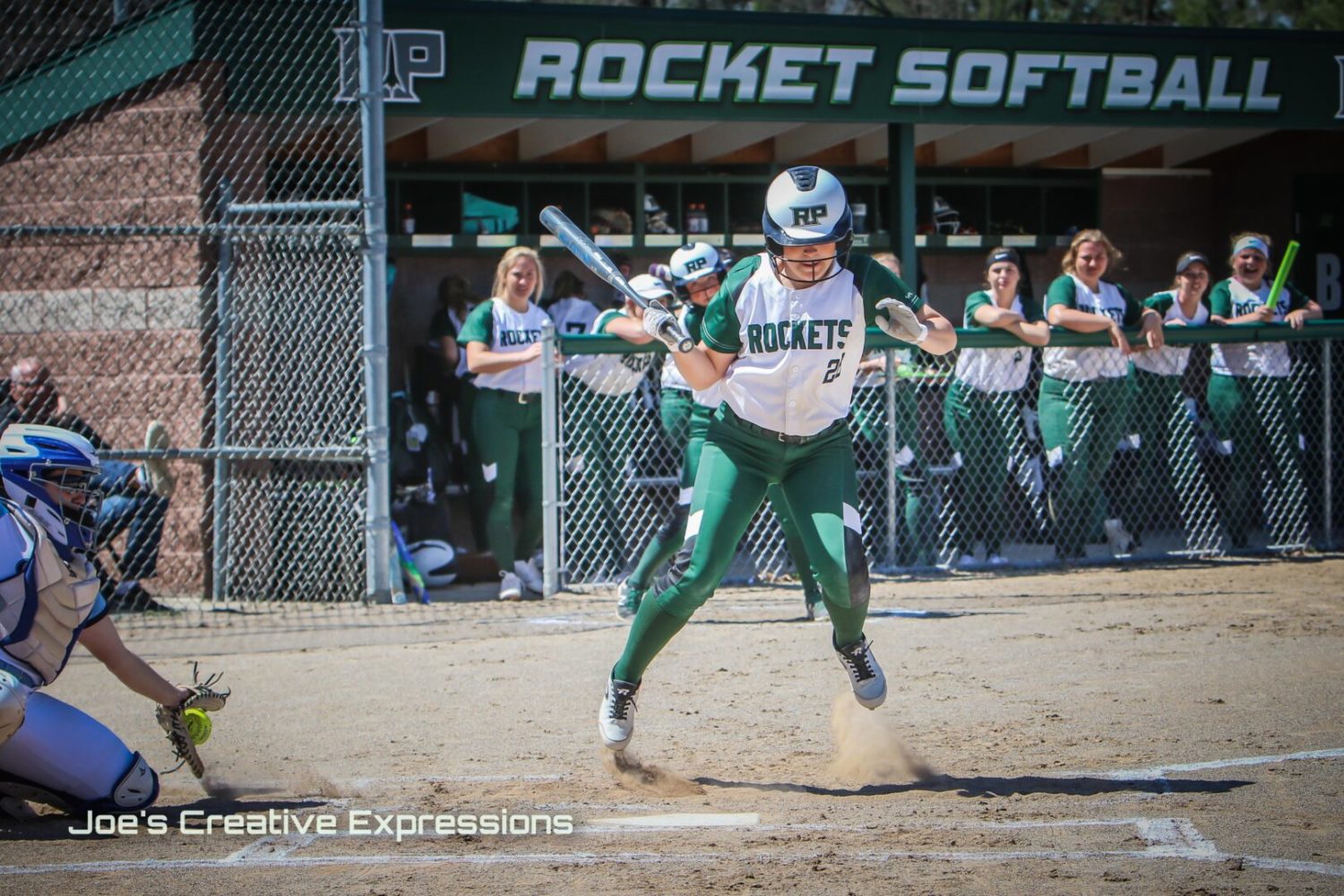 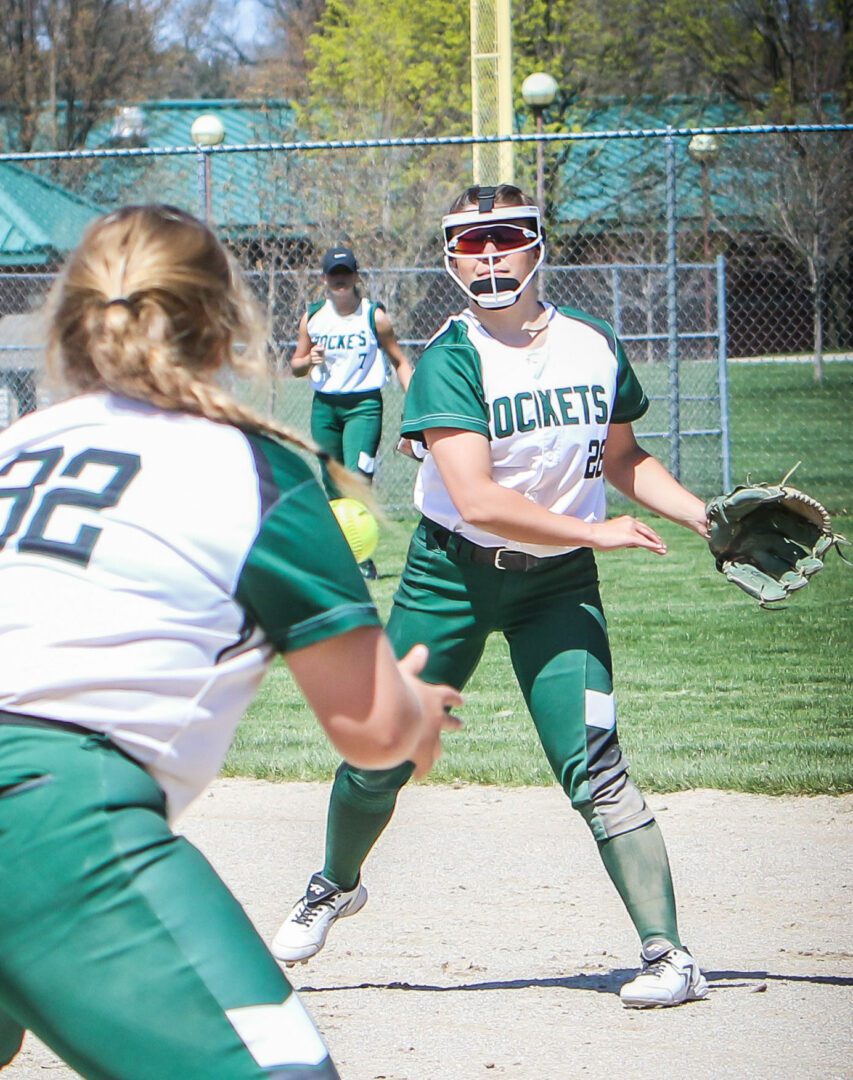 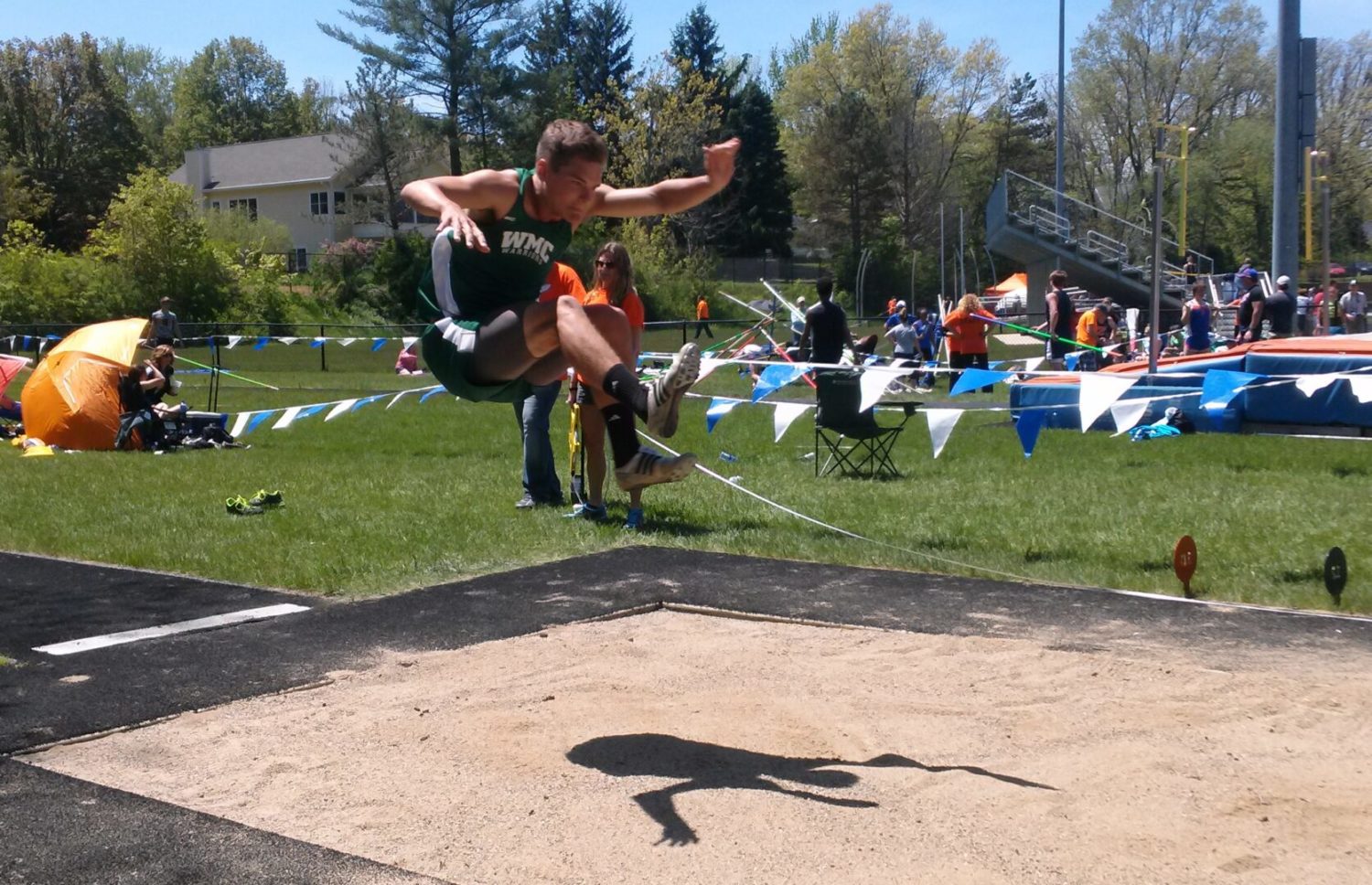