The Spring Lake softball team took home the OK-Blue conference championship with a 9-4 victory over Allendale on Wednesday.

The conference championship is the seventh straight title for the Lakers.

Jenna Core had a big three run home run to lead the Laker attack while Alicia Mumby had a solo home run.

Leah Vaughan scattered seven hits while striking out six in the victory. Vaughan and Mumby had three hits each to pace the offense.

Lauryn Patterson picked up the win, allowing three hits and striking out 10.

Shelby Savacool and Lauren Beemer each had three hits for the Sailors. Cammi Filz went 3-for-4 with four RBIs for Mona Shores.

The Sailors are now 16-15 overall and remain 7-5 in the OK-Black conference.

In Game 1, Lynnsey Tinknham allowed three runs on seven hits over five innings to pick up the win for the Panthers.

Daelyn McKinnon paced the Panther offense with three this and three RBIs while Ellie Palmer and Makenna Swisher each added two hits and two RBIs.

In Game 2, Ellie Palmer struck out three and allowed two hits over three innings to earn the victory.

Hesperia is now 18-13 overall on the season and remains 12-8 in conference play.

In Game 1, Olivia VerStrat led the Orioles with a home run, Mackenzie Howe had a double while Alexis Bray and Megan Mulherin had two hits each.

In Game 1, Finley Kistler struck out four and gave up only three hits in the victory.

The offense was led by Cassidy Copenhaver, Nicole Rockwell and Sabrina Pickard who all had three hits.

In the nightcap, Kistler gave up just one hit and struck out three.

Skylar Smith had two doubles and a walk to pace the Hart offense.

In the first game, Fessenden struck out 11 and surrendered only four hits.

In Game 2, Fessenden allowed eight hits and struck out four.

Wiard had a single and home run while Macy Whipple added two singles and a home run. 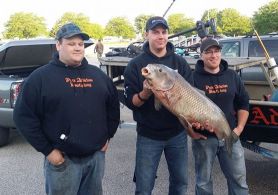