MUSKEGON – After failing to find the net in a scoreless tie against Orchard View on Tuesday, the state-ranked Western Michigan Christian soccer team was eager to jump-start its offense. 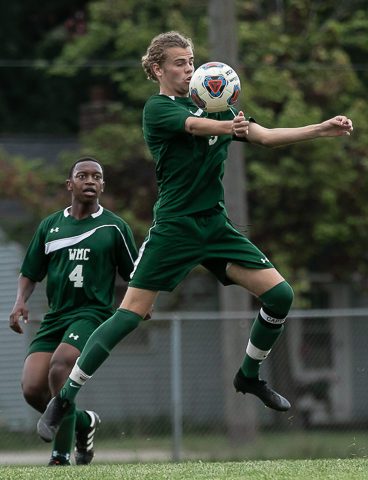 The Warriors did just that on Thursday, racing past traditional nemesis Grand Rapids Covenant Christian 5-1 on their home field in non-conference action.

The Warriors, second-ranked in the state in Division 4 in the latest coach’s poll, improved to 7-3-1 on the season.

The teams battled evenly for the opening 20 minutes, but all it took was one goal to change the momentum.

That goal came with 12:53 left in the first half, when Charlie Alfree took a long pass from Brevin Byrne, got around Covenant’s goalie and found the open net for a 1-0 lead.

WMC took a 2-0 lead into halftime after Brandon Fles’ header from 25 yards out found its way into the net.

“I think after the first 20 minutes, we got our legs under us,” WMC goalie Jameson Goorman said. “We found ways to break down their defense and ways to score some goals.”

The Warriors didn’t wait as long in the second half to put points on the board. Six minutes in, Isaac VanHoeven broke through the defense for a goal and a 3-0 lead.

The score grew to 4-0 four minutes later when Michael Masumpa snagged a ball out of the air, gained control, spun around and fired a shot to the back of the net.

The Chargers’ Brett Lotterman scored on a penalty kick with 16:43 remaining to cut the lead to 4-1.

Caleb Kozal finished off the scoring for the Warriors with two minutes left.

Goorman, Ashton Leffring, VanHoeven and Logan Pollack had assists for the Warriors. 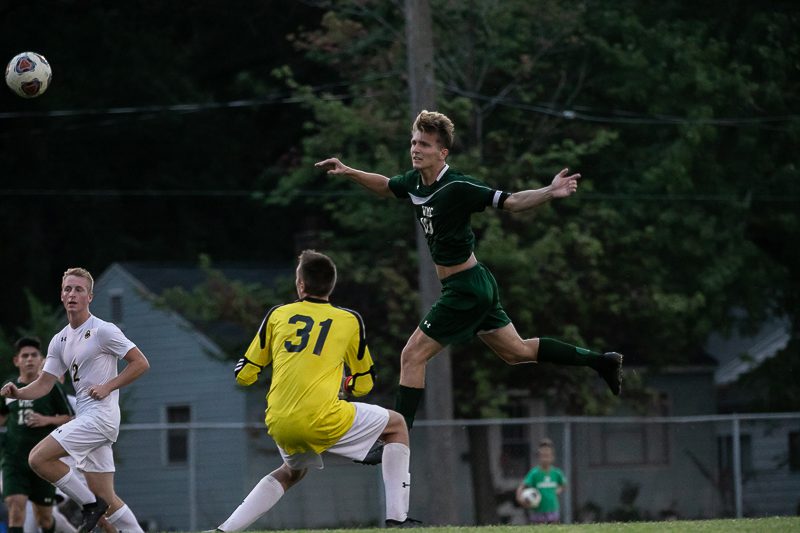 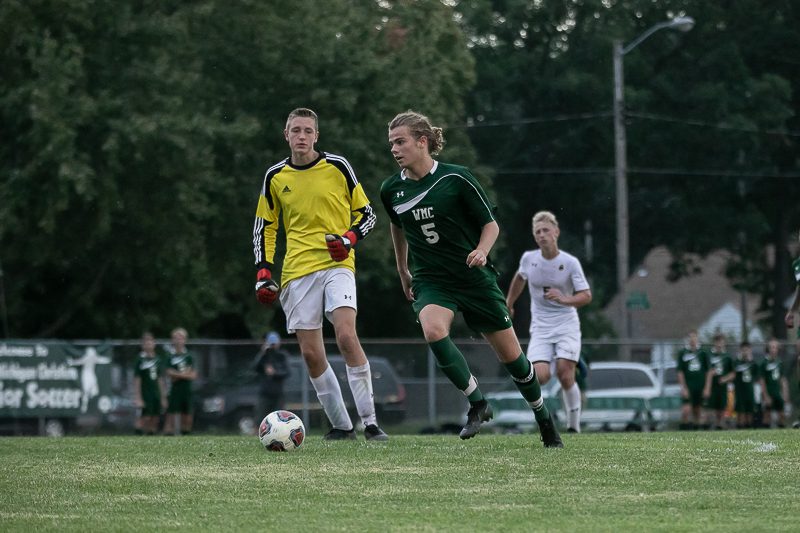 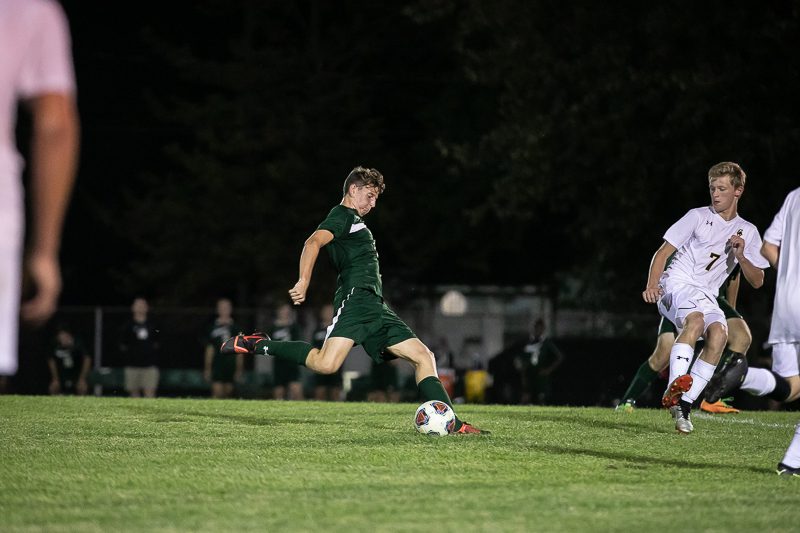 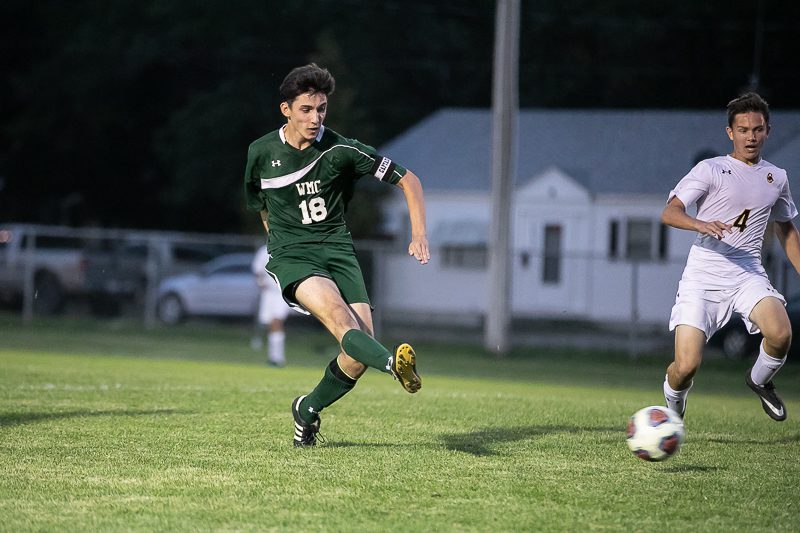 Isaac VanHoeven rips a shot into the back of the net for WMC. Photo/Randy Riksen 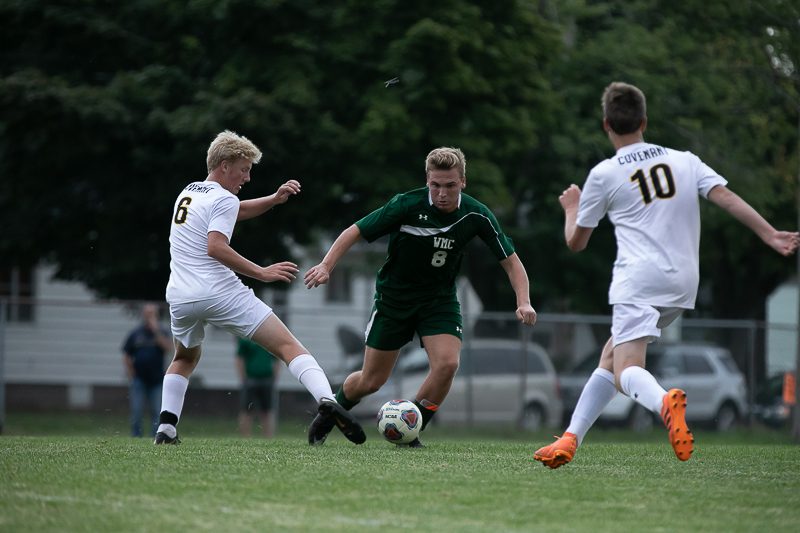