It took a bit longer than expected, but it’s good to be back here in the winner’s circle of the LSJ Gridiron Picks.

After winning twice last year as a picks rookie, I’ve finally recovered from my sophomore slump to claim my first weekly title of 2019.

Winning the weekly picks contest is a great feeling because you get to write this column and rub it everyone else’s face about how you beat them the week before. Or at least that’s how it’s supposed to be.

This week is different though. Week 5 of the prep football season was an unprecedented one for us here at LSJ. We have the occasional week where a tie-breaker is necessary, but in Week 5 we had six of our eight writers tie for first place.

Dave Tomczak, Nate Thompson, Jason Goorman, Noah Genson and Dave Hart all somehow managed to match my record of 10-3 last week. But it doesn’t stop there.

Not only did six of us end with the same record – despite not picking all of the same teams – we also had a tie in our tie-breaker. Each week we guess the total points in one game to serve as the difference-maker, with Morley-Stanwood at Kent City serving as that game last week. 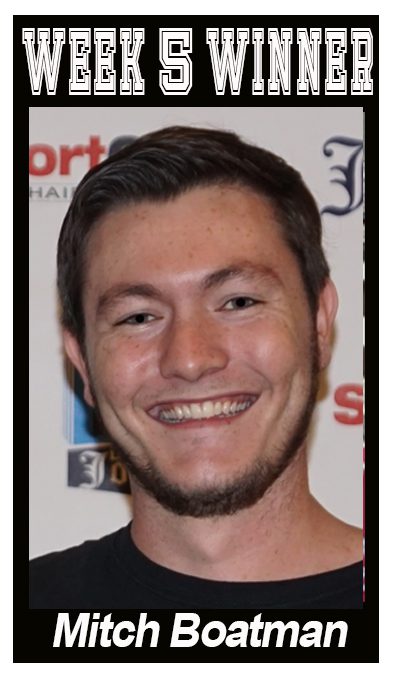 Dave Hart and I both guessed 50 points, which just so happened to be exactly correct with a 34-16 final.

So how do you break a tie in the tie-breaker? Editor Steve Gunn called Dave on the phone and asked him a simple question: “Heads or tails?” Dave guessed wrong, giving me the win in a crazy week of picks.

It doesn’t feel right to trash talk five writers that ended with the same record as I did last week, but that doesn’t save Steve Gunn and Andrew “Last Place” Johnson from a little hazing.

Steve has actually put together a solid start to the picks season, and even picked up a win. He’s currently fourth in the overall standings, a nice switch-up from his usual race for the cellar.

The real disappointment this year is AJ. He’s went from weekly contender and season runner-up last year to bottom of the barrel. He’s the only picker that has less than 50 correct through five weeks. You almost feel bad for the guy. Almost.

Last year I trash-talked AJ after my first win, and it inspired him to finish the season strong. Maybe the same will happen this year. But right now, members of his team have as much hope for the end of season prize as Tigers fans do for the World Series.

I expect this week’s picks to be a bit more varied and avoid the dreaded six-way tie. I had a difficult time with several of our games, but I’m picking Ravenna to pull out a win at Montague in a West Michigan Conference showdown, North Muskegon to deal a major blow to Whitehall’s playoff hopes and Orchard View to keep rolling toward a Lakes 8 title against Ludington. 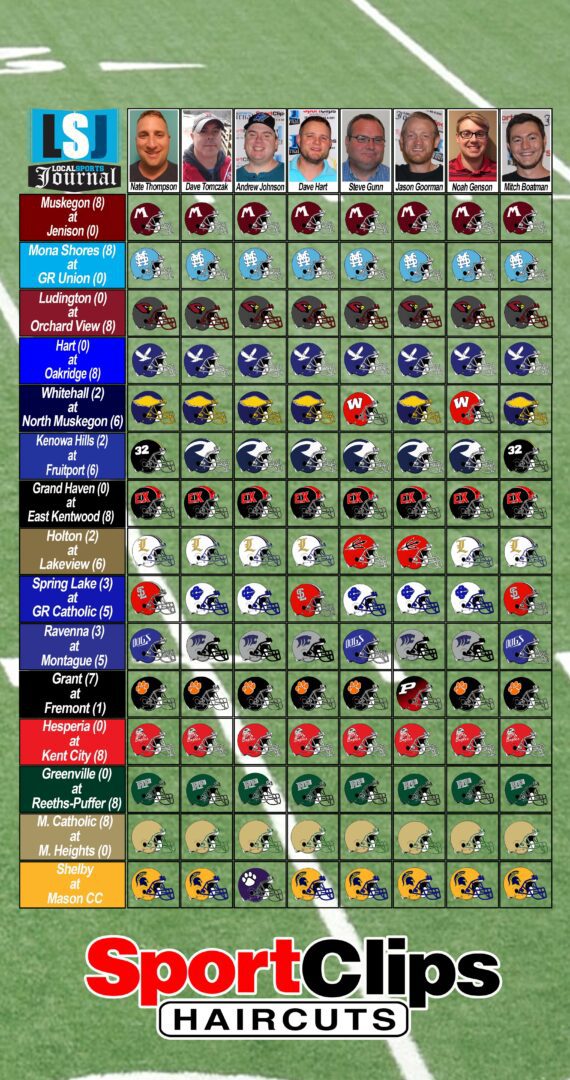 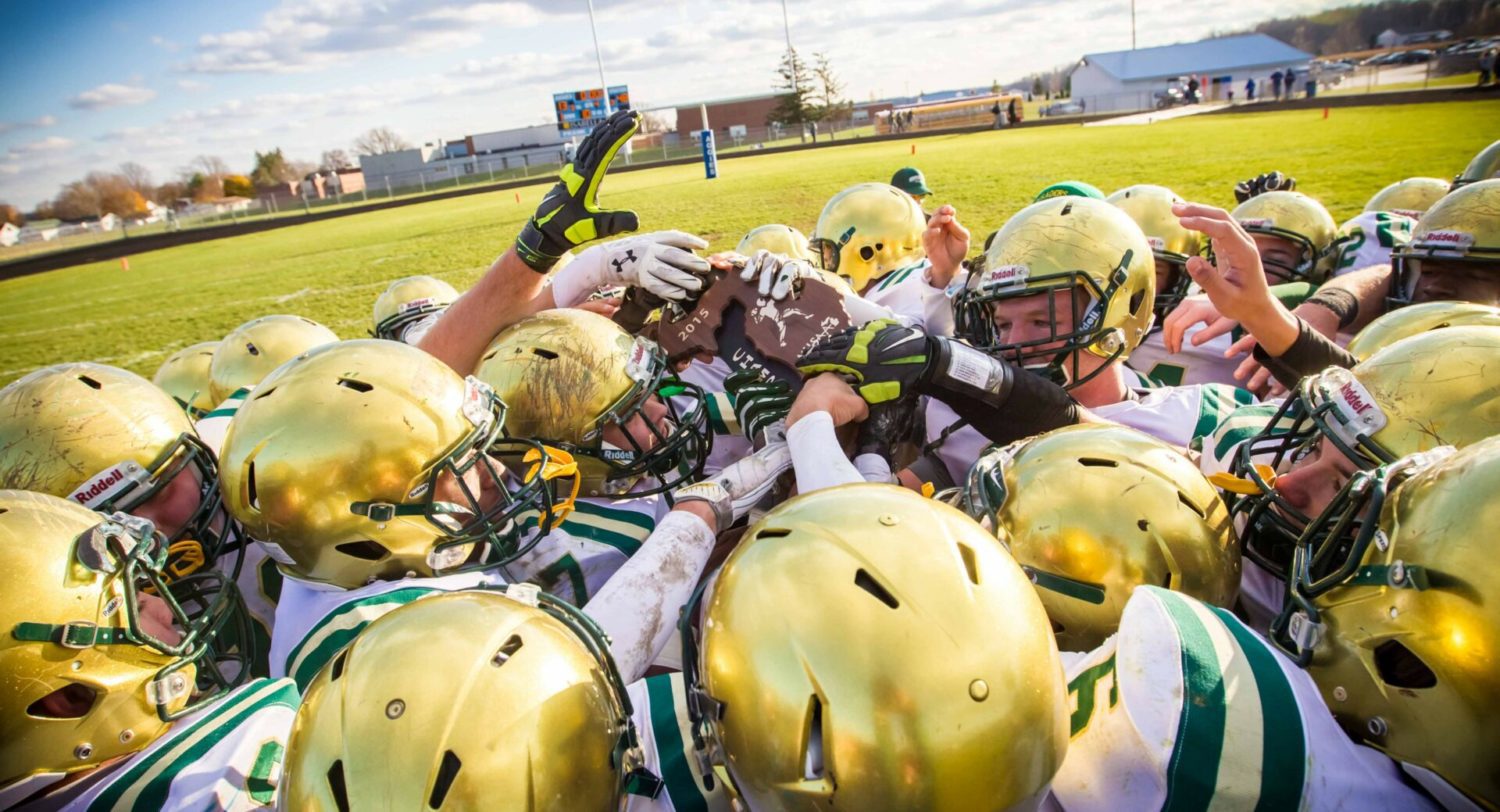