The preliminaries are just about over, and the main event is just around the corner.

After Friday’s final slate of regular season games, quite a few area high school football teams will be headed for the state playoffs. In the

LocalSportsJournal.com coverage area, nine are definitely in with at least six wins. Depending on how many teams

Muskegon, Oakridge, Orchard View, Mona Shores, Ravenna, Montague, Kent City and Ludington have all won at least six games, while Muskegon Catholic Central is in with five wins in an eight-game schedule.

Two area teams are playing for an automatic berth this week, but it won’t be easy for them. Reeths-Puffer and North Muskegon can both earn their sixth win this week, but the Rockets will have to do it against mighty Muskegon, while the Norse have to face undefeated Orchard View.

Three teams enter at 4-4 with a chance to sneak into the playoffs at 5-4. Fruitport, Grand Haven and Spring Lake can each keep their hopes alive with a win.

LocalSportsJournal.com will have full coverage of four games this Friday to bring the curtain down on the regular season. Our Week 9 Spotlight Games are Muskegon at Reeths-Puffer, Mona Shores at Fruitport, North Muskegon at Orchard View and Traverse City St. Francis at Oakridge.

Check LocalSportsJournal.com for reports on these games and all others in the area on Friday night, then check back on Sunday night to see who got in, and who will play who in the Michigan High School Athletic Association football playoffs.

After starting 1-3, the Rockets have put in a lot of work to maintain their chance at an automatic playoff berth. Unfortunately for them, their reward for that work is a critical matchup against undefeated Muskegon, the state’s top-ranked team in Division 3. 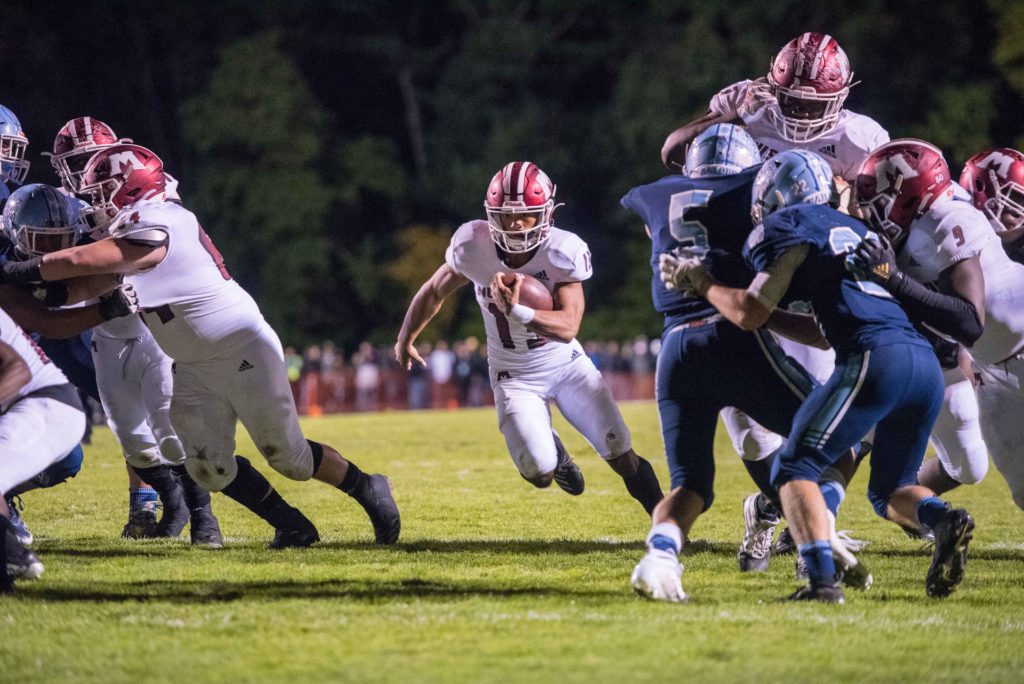 The Big Reds continued their season-long dominance last week with a 53-0 drubbing of Mona Shores, in what was expected to be a much closer conference showdown. In five O-K Black Conference games, Muskegon has outscored opponents 278-10 with four shutouts.

The Rockets are riding a four-game win streak, beginning with a forfeit win against Grand Rapids Union in Week 5. They have won their last three games by a combined score of 99-21, including a 35-14 conference win over Kenowa Hills last week.

The Trojans have quadrupled their win total from last year, and have more tallies in the win column than the last two years combined. An upset over Mona Shores, ranked No. 7 in the state in Division 2, could give them a playoff spot.

That won’t be easy, especially since the Sailors will likely be playing angry after suffering their worst loss since 2004 last week. Mona Shores is still one of the top teams in the state and will look to regroup before preparing for a playoff run.

Tre’shawn Hatcher is the leading rusher for the Sailors with 981 yards and 11 scores on the year. Quarterback Caden Broersma has 474 rushing yards, 292 passing yards and 13 total touchdowns for Mona Shores.

Fruitport comes in following a thrilling 22-21 win over Coopersville last week. The Trojans matched their highest win total since 2015 with the victory. Ethan Flores led the Trojans with 125 receiving yards and two touchdowns on the night. Tyler Zimmerman and Crue Cooper each tossed a touchdown pass.

Can the Cardinals finish off a perfect season after going just 2-7 last year? Or will the Norse spoil the perfection and earn an automatic state playoff berth in the process? 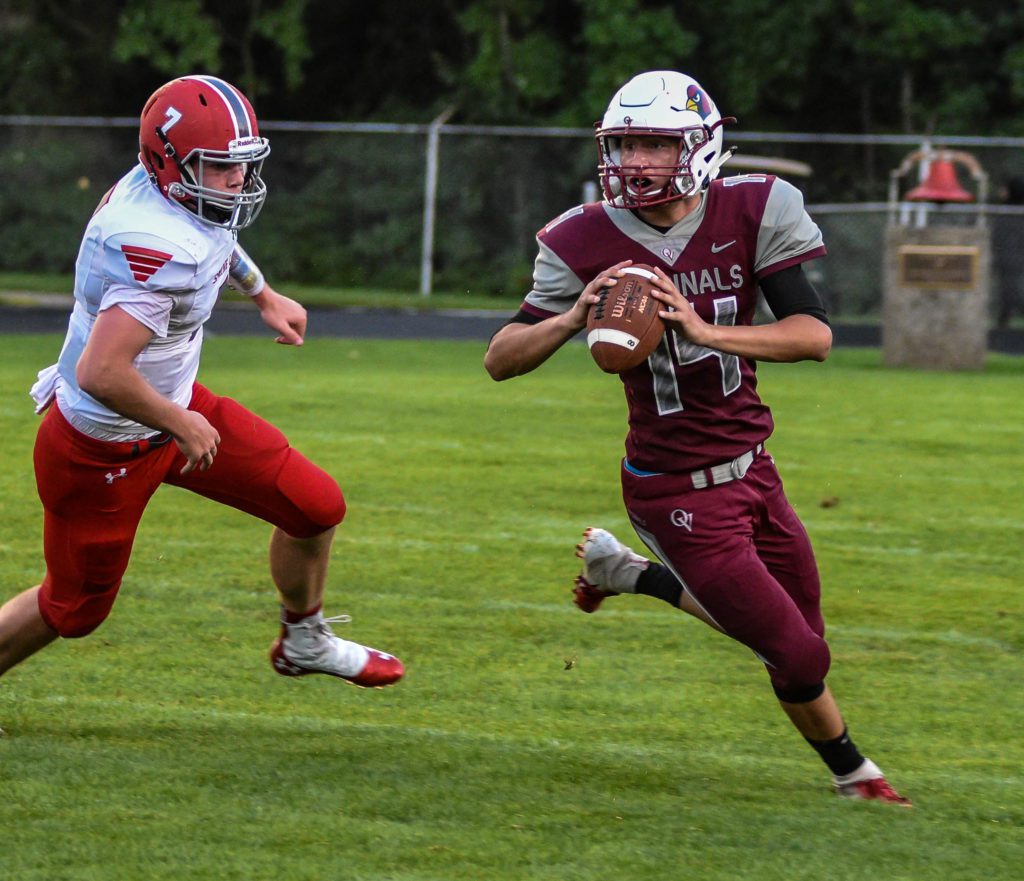 Orchard View is currently ranked No. 3 in the state in Division 4 and its turnaround has been one of the more impressive stories in Michigan. The Cardinals are coming off back-to-back wins by 50 or more points, something they hadn’t done since Weeks 4 and 5 of the 2003 season.

In last week’s 50-0 win over Hesperia, Owen Swanson passed for 172 yards and two touchdowns, while rushing for 62 yards and a score. Brenden Hyatt was the leading rusher for OV with 66 yards.

For North Muskegon, a third straight trip to the state playoffs is on the line. The Norse made the cut at 5-4 last season, but grabbing a sixth win on Friday would ease a lot of minds heading into selection Sunday.

The Eagles have clinched their 15th straight trip to the playoffs, and last week captured their first West Michigan Conference crown since 2016. This week, Oakridge is looking to complete its first unbeaten regular season since 2012 with a win.

The Eagles have outscored opponents 332-81 on the season, despite having several close games in the conference.

Oakridge will be facing off against a new opponent Friday, playing traditional state power Traverse City St. Francis for the first time. The Gladiators have been one of the best teams in Division 6 in recent years, going 46-5 over the last four seasons, including the playoffs.

Oakridge is led by star running back Leroy Quinn, who has broken the school’s career rushing yards and rushing touchdown records this season. In last week’s 27-20 overtime win over Ravenna, Quinn rushed for 165 yards and three touchdowns.