NORTON SHORES – Hope is rarely lost for the Mona Shores soccer team, even when the Sailor offense is not scoring.

That’s because there’s a very good chance that the other team won’t score much, either.

That’s largely due to the presence of junior goalkeeper Keegan DeKuiper, an acrobat of an athlete who makes some pretty incredible moves to stop shots that would otherwise find the net. 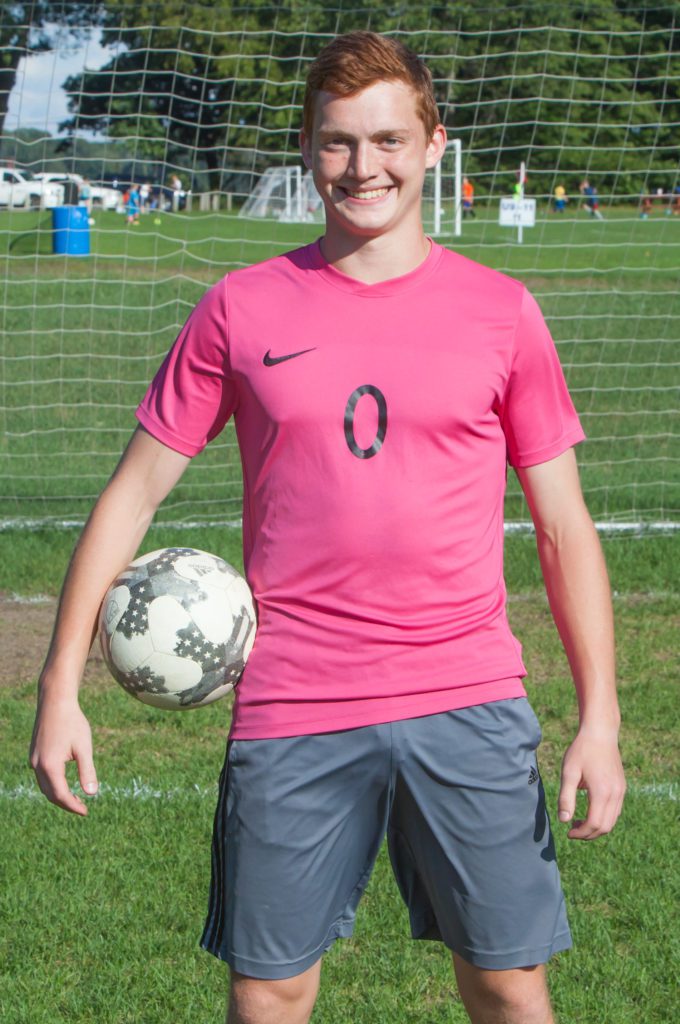 DeKuiper has already posted seven shutouts this season, including three in one recent week in O-K Black Conference victories over Fruitport, Muskegon and Reeths-Puffer.

One of his better games was not a shutout. It was in early September against Reeths-Puffer, the first time the teams met this season. DeKuiper was brilliant, leaping, diving and doing whatever he could to stop the ball in the first half, when the Rockets outshot the Sailors 7-3.

Due to his efforts, the game was tied 1-1 at halftime, and the Sailors went on to win 3-2.

While that kind of pressure is hard on a goalkeeper, DeKuiper said he loves it when opponents blitz him with shots. He craves the opportunity to be a hero in tough situations, even though the opposite could happen and he could end up being the goat.

He said he enjoys that same kind of pressure as the kicker for the Mona Shores varsity football team. If he makes the big field goal in the big game, everyone is happy with him. If he misses, everyone points a finger.

“It definitely gets a little boring when we’re playing teams that aren’t that competitive,” said DeKuiper, 16, the son of Jeff and Alyssa DeKuiper. “But in games against teams like Puffer and Jenison, that keep getting shots, I love it. I love diving around and saving shots.

Mona Shores Coach Mike Apostle definitely appreciates his junior goalkeeper, particularly on days when goals are hard to find for his team.

“Keegan is a great goalie,” Apostle said after that first win against Reeths-Puffer. “Sometimes we rely on him a little too much.” 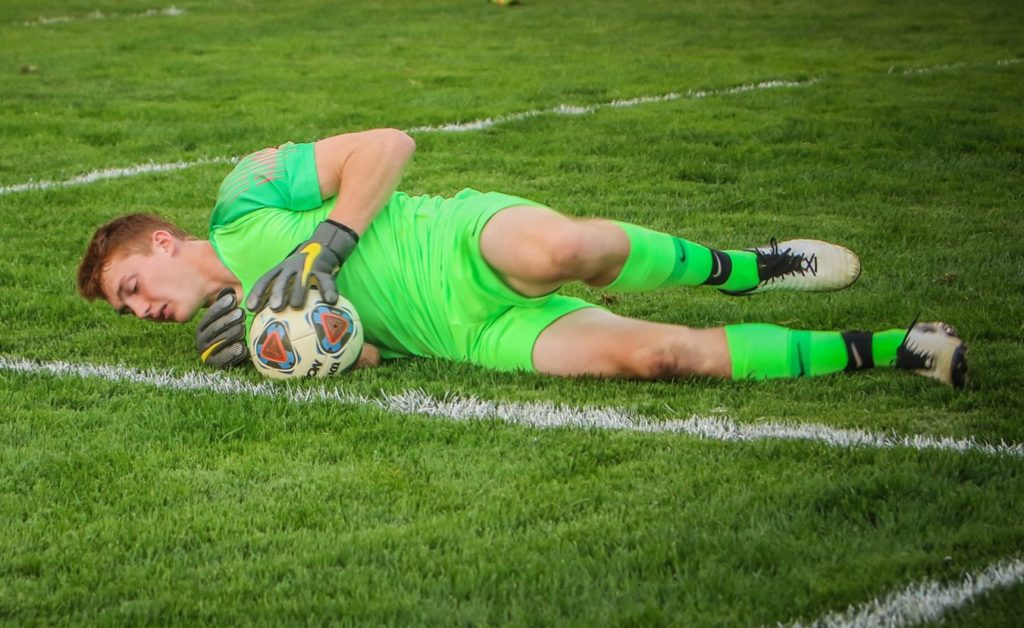 As the weeks went by, and the shutouts started piling up, Apostle summed up DeKuiper this way:  ”He’s a freak athlete. It’s awesome. We’re very fortunate to have him, and we’re lucky we’ll have him one more year.”

DeKuiper broke in as a goalkeeper in youth soccer. Ironically, it only happened because his brother, sophomore Jordan DeKuiper, who is also on the Mona Shores varsity, decided he didn’t want the job anymore.

“One game my younger brother got hit in the face, and that’s when he stopped,” DeKuiper said. “Our coach needed a new goalie, so I volunteered, and it’s worked out well this far.”

While most junior goalkeepers are just breaking in as starters at the varsity level, DeKuiper is already a seasoned veteran. Two years ago he beat out two older keepers to win the job as a freshman, and while he didn’t set the world on fire that first season, he definitely demonstrated his potential.

His very first game was against perennial power Grand Haven, and DeKuiper stood his ground against very tough odds.

“It was so fast, but it was so much fun,” he said about his first varsity start. “We lost 3-0, but I got a lot of compliments, with people saying it could have been 8-0.”

This year Mona Shores is 8-6 with four games left in the regular season, and DeKuiper has posted shutouts in seven of those victories.

“It always feels good, I‘m always trying to get the shutout,” he said. “But it’s been our defense, as well. The defense has come a long way since the beginning of the season, and that’s all on them.”

The secret to DeKuiper’s success is really no secret at all. He’s a very intense competitor who keeps pushing himself, and everyone around him, to get better.

“In practice I think half the team gets mad at him, like ‘Dude, you can take a break.’” Apostle said. “But he always gives it his all. He doesn’t let them score in practice if he can help it. He keeps the intensity up.

“He doesn’t hold back or take a break. There are not too many kids like that.”

DeKuiper said relaxing in practice would be counterproductive, because nobody would improve.

“The word intense is a good word,” he said. “If I’m just taking an easy day, it’s not making me any better in terms of all-around goalkeeping. When my teammates give me those hard shots, they challenge me as well as themselves.”

Muskegon Clippers lose first game of series in Canada, fall to 8-11 on season