MUSKEGON HEIGHTS — The West Michigan Lake Hawks made too many mistakes on Saturday in a 139-136 overtime loss to Team Network at Muskegon Heights High School. 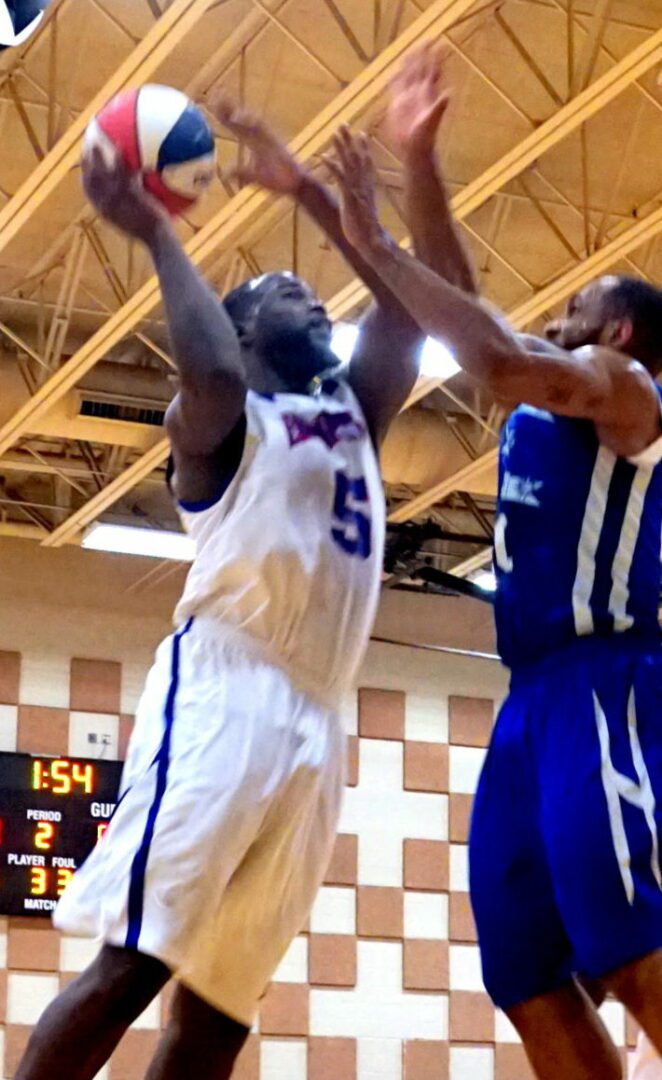 No. 5 Tremayne Thompson goes up for a shot in the post for the Lake Hawks. Photo/Leo Valdez

Perhaps the most costly mistake was in the closing seconds of overtime, when the Lake Hawks needed a three-pointer to tie the game.

After swinging the ball around the perimeter, Ralph Monday got caught in no-mans land with the ball and eventually threw it away. Team Network recovered the loose ball with about three seconds left and dribbled out the clock.

“I should’ve called timeout,” West Michigan head coach Ron Jenkins about the final offensive seconds said. “But the players play, and the coaches coach. The players had a chance to finish it and they didn’t do it. It’s just a disappointing loss.”

Overall, the Lake Hawks finished with 24 turnovers on the night and only 18 assists.

“lt was a highly competitive game overall,” Jenkins said. “But at this level you can’t turn it over though, and that’s why we lost the game.”

In the first quarter, West Michigan was down 27-24 before closing out the quarter with an 11-0 run to take a 35-27 lead after one. Terry Walker Jr led the Lake Hawks with 15 points in the opening quarter.

In the second quarter, West Michigan surrendered 43 points and found themselves trailing 67-58 at halftime. Tremayne Thompson had seven points in the quarter to lead the Lake Hawk effort.

Monday began to take over in the post after halftime, going to the free throw line six different times in the third quarter. He finished with 13 points in the quarter while going 8-of-11 from the charity stripe. At the end of the quarter, West Michigan trailed 101-95. 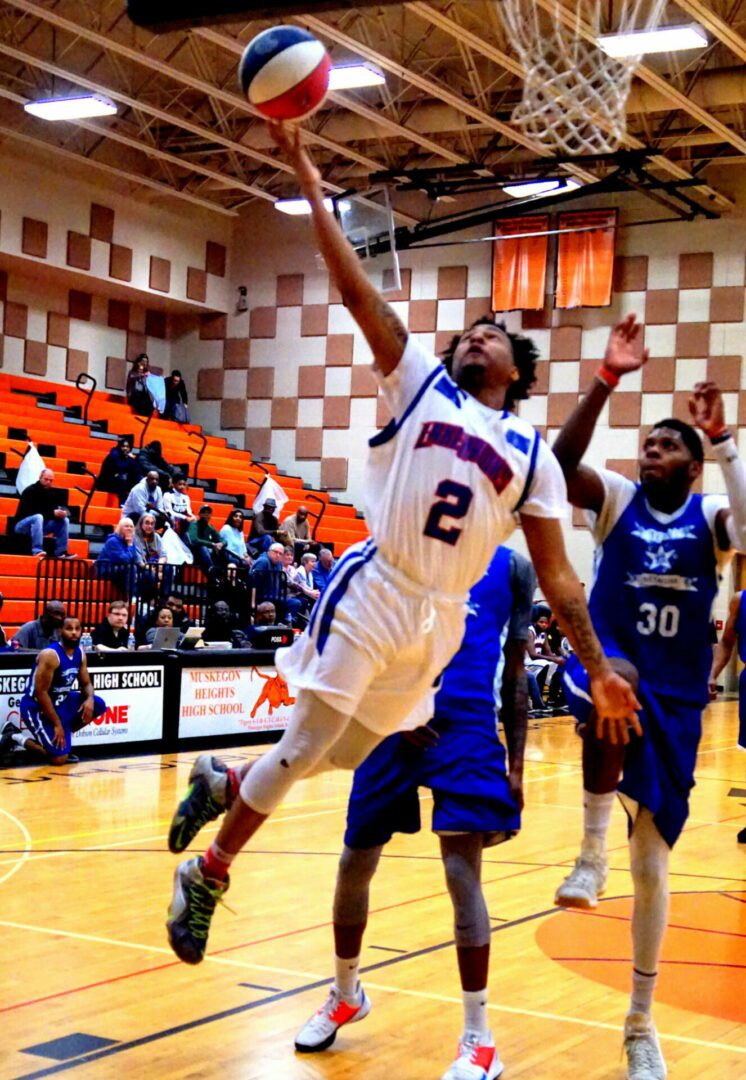 Jacarrius Scott scoops a shot from under the hoop for West Michigan. Photo/Leo Valdez

On the final possession of regulation, Thompson made a lay-up with just two seconds remaining to send the game into overtime tied at 124-124.

With just 29 seconds left, Seandale Shinolster of Team Network drew a foul and hit both free throws to take a 138-136 lead.

Following the free throws, West Michigan turned the ball over on the inbounds pass and fouled Team Network again with 23 seconds remaining.

Team Network went 1-of-3 from the free throw line, giving West Michigan a chance to tie and send the game to double overtime.

One final turnover sent West Michigan to the locker room with a second straight loss, dropping their record to 11-3 on the season.

Walker Jr led West Michigan with 32 points on the night while Monday finished with 28 points and 15 rebounds. Thompson added 21 points and 12 rebounds while Jacarrius Scott had 24 points.

The Lake Hawks will next travel to Henderson on Saturday before returning home on Sunday for a game against the Ohio Kings at Muskegon High School.

Fremont falls behind early, loses to Sparta in ‘B’ district title game