The Reeths-Puffer boys basketball team survived a scare on Tuesday in the first round of Division 1 districts, sneaking past Kenowa Hills 49-47. 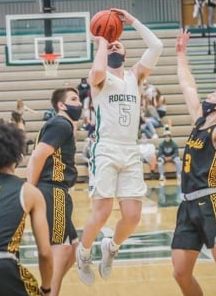 Kaleb Richardson goes up in the lane for Reeths-Puffer. Photo/Joe Lane (Click photo for full gallery)

Kendall Smith led the Rockets with 20 points and eight rebounds, followed by Kaleb Mitchelson with 14 points and five assists. Jaxson Whitaker put up another nine points.

Reeths-Puffer, now 9-9, will play Muskegon on Thursday in the district semifinals.

Core made 13 of 15 shots from the free-throw line. 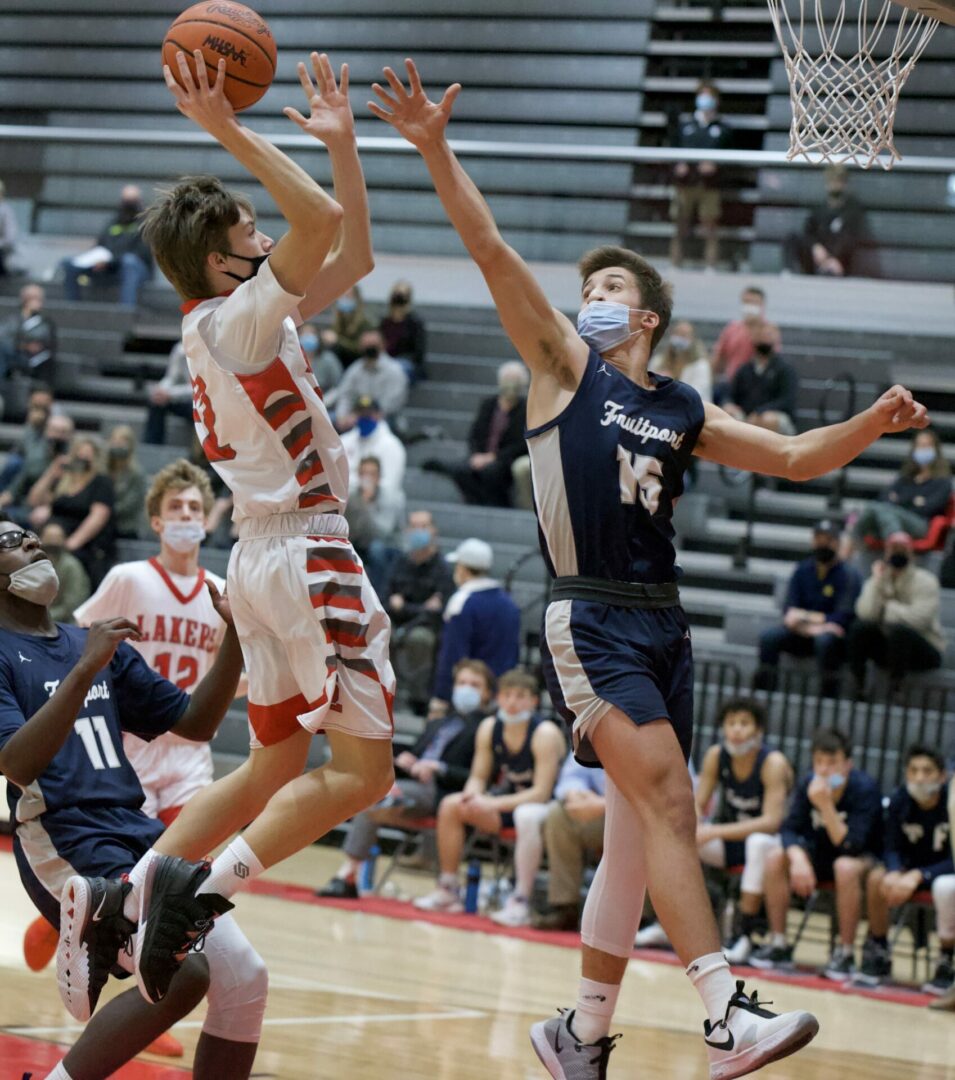 The Red Devils tied the game 30-30 at the end of the third quarter before closing the game with a 10-6 run.

The Red Devilsm now 14-5m will play Western Michigan Christian in the district semifinals on Thursday.

HART 79, HESPERIA 16 – Hart opened with a huge lead over the Panthers and carried its momentum through the entire game.

Hart, now 5-12,  will face Mason County Central in the district finals on Thursday.

Jayden Perrone put up 19 points to lead the Spartans while Will Chye added 12 points and five rebounds. Nick Trivisonno chipped in with eight points.

The Tigers were paced by Joseph Hayes, who scored 25 points, while Logan Claeys added 10 points along with five rebounds.

Mason County Central, now 2-12 for the season, will play Hart in the district finals on Thursday.

NORTH MUSKEGON 56, MORLEY STANWOOD 52 – The Norse went back and forth with the Morley Stanwood boys in a close district matchup.

The Mohawks led 16-13 after the first quarter, but the Norse took the lead 33-26 at halftime. The score was knotted up 40-40 after the third quarter.

The Norse, now 7-8, advance to Thursday’s semifinals against Ravenna.

KENT CITY 63, GRAND RAPIDS WELLSPRING PREP 39 – The Eagles opened with a big first quarter and kept up the pressure to defeat the Wolves in the first round of districts.

The Eagles, now 7-8 for the season, will play Carson City Crystal in the district semifinals on Thursday.

Fruitport Calvary Christian ended its season with an 8-7 record.

PENTWATER 48, MASON COUNTY EASTERN 38 – Mason County Eastern led 14-2 in the first quarter and 17-14 at halftime, but Pentwater overcame the deficit in the second half.

Khole Hofmann led the Falcons with a double-double, totaling 25 points and 12 rebounds on the night. Tyler Plummer Eisenlohr followed with 10 points and both Will Werkema Grondsma and Jack Stoneman scored seven.

Pentwater, now 9-4, will play Baldwin in the district semifinals on Thursday.