but he did not compete because he wasn’t quite good enough to make the lineup.

Two years later, DeLong is the individual city champion after beating out two teammates by one strike on Wednesday at the 2021 GMAA Tournament at Stonegate Golf Course in Twin Lake. 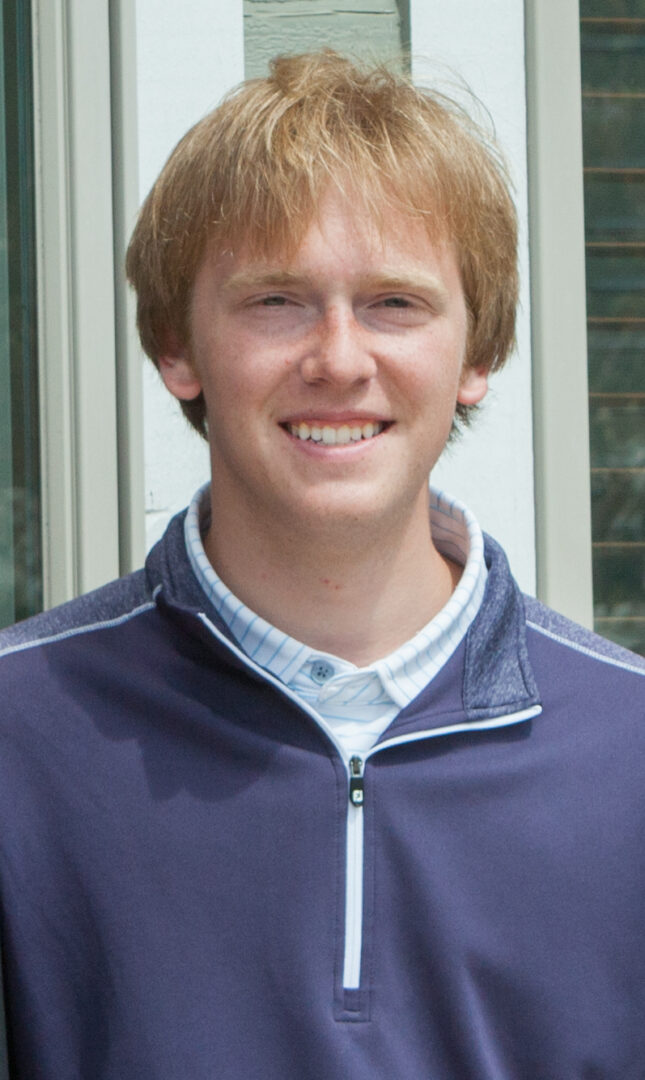 “I made varsity as a freshman, but I couldn’t crack the lineup,” said DeLong, who captured the individual title by shooting a 73. “We had a pretty strong team that year.”

DeLong said never expected to finish as the tournament medalist, mostly because he has so many good teammates who were capable of taking the top spot, as well.

“I started pretty good, then I bogeyed a couple of holes, but it’s nice to win a big tournament like this,” he said. “This is the first time I’ve finished first in our lineup. I have been everywhere from four, five and six.”

DeLong had the double excitement of experiencing two tiles, because his Mona Shores squad once again ran away with the team championship, turning in a combined score of 297. Reeths-Puffer was a distant second with 345 while Whitehall was third with 357.

It was the second straight GMAA tournament championship for the Sailors, going back to 2019. The 2020 tournament was cancelled due to COVID. 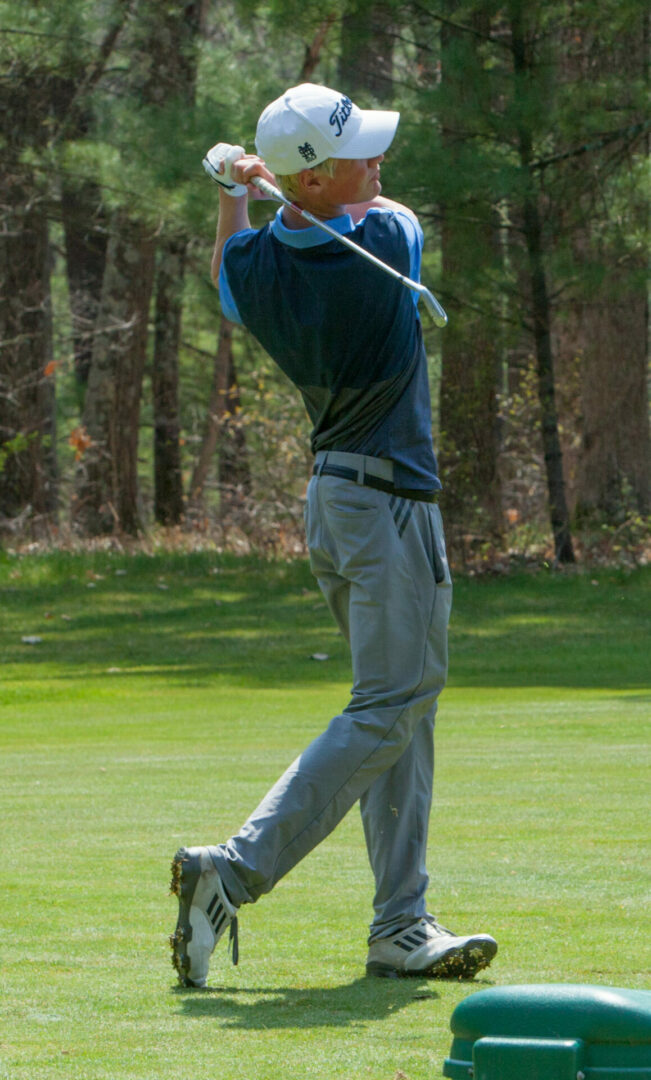 Chase Knowlton leans back after taking a shot for Mona Shores. Photo/Jason Goorman

The championship was anticipated for Mona Shores, a powerhouse team that’s ranked first in the state in Division 1, and has high hopes of gaining its first team state golf championship since 2005.

The unusual thing about the Sailors is that they lack one dominant star. They have a regular lineup of five very good golfers who are close to each other in skill, and take turns finishing with the top score from event to event.

DeLong just barely beat out teammates Chase Knowlton  and Jeff Lenartowicz, who each finished one stroke behind with scores of 74. Knowlton finished second overall in the tournament while Lenartowicz was third, based on a tie-breaker.

Interestingly, only two Sailor golfers – Knowlton and Andrew Taylor – were in the lineup two years ago when Shores last won the title. The other three were playing their first GMAA tournament and adjusted very quickly.

“This year we’ve traveled around the state, and I feel like the guys are battle-tested,” said Mona Shores Coach Scott Volkmann, whose team has finished second in two invitational tournaments this season, each time behind Birmingham Brother Rice, the No. 1 ranked team in Division 2.

“We have some depth this year, and it kind of showed today,” Volkmann continued. “It’s nice to have the depth we have, because everybody has a day when they are a little bit off, and someone will always pick them up.

“I’m happiest for Owen. He does everything right. He plays in all the summer tournaments, and he’s a good student and a good kid.” 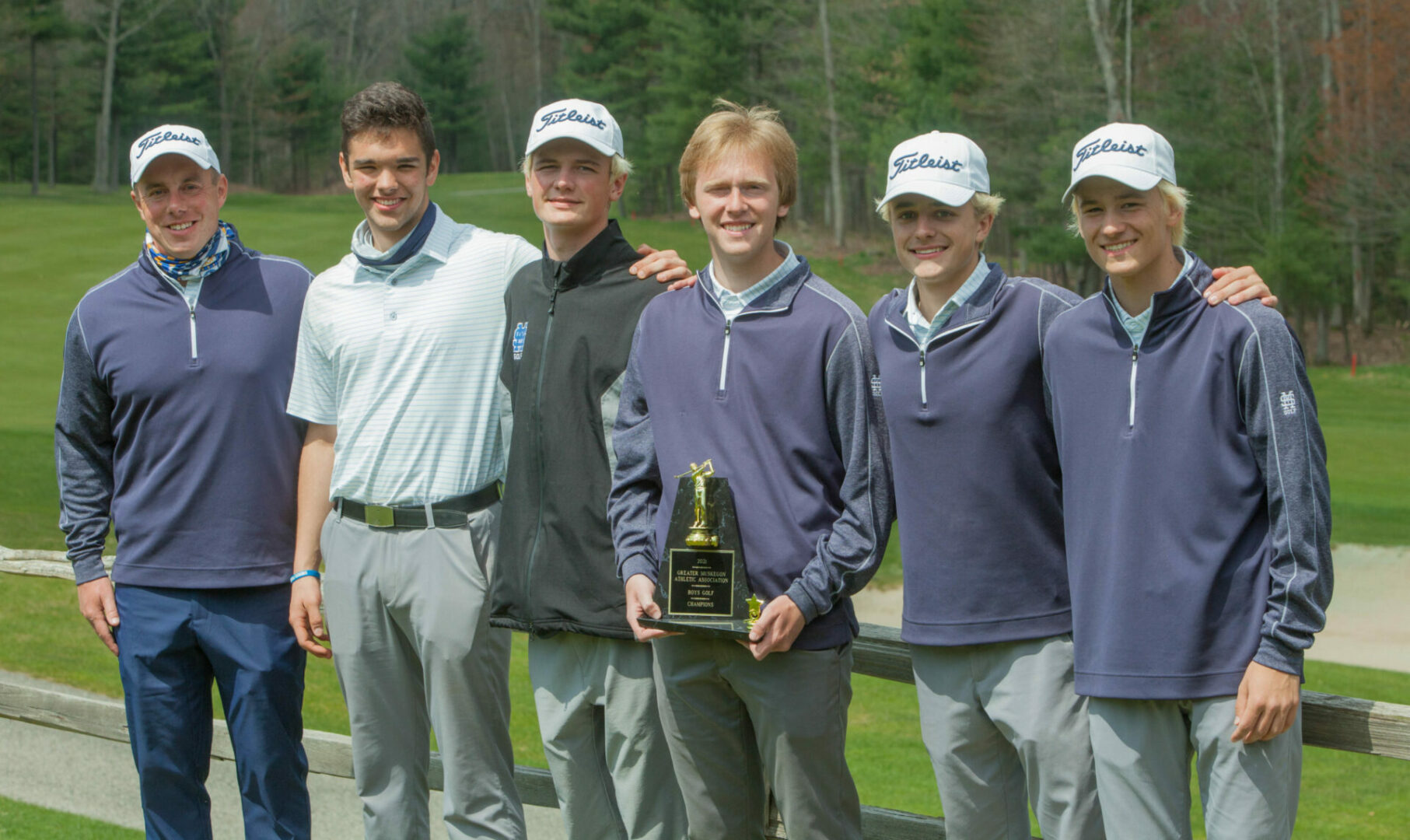 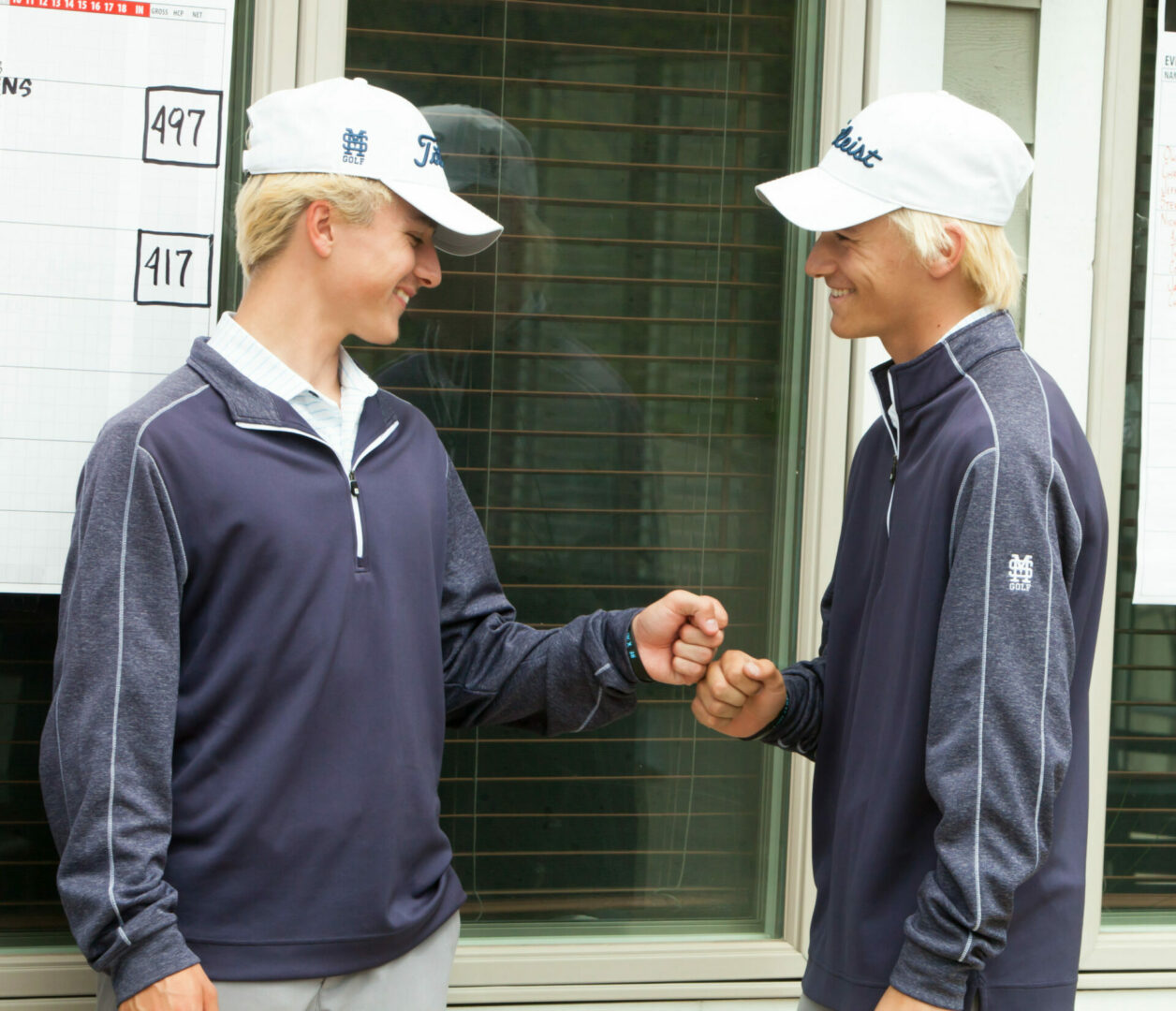 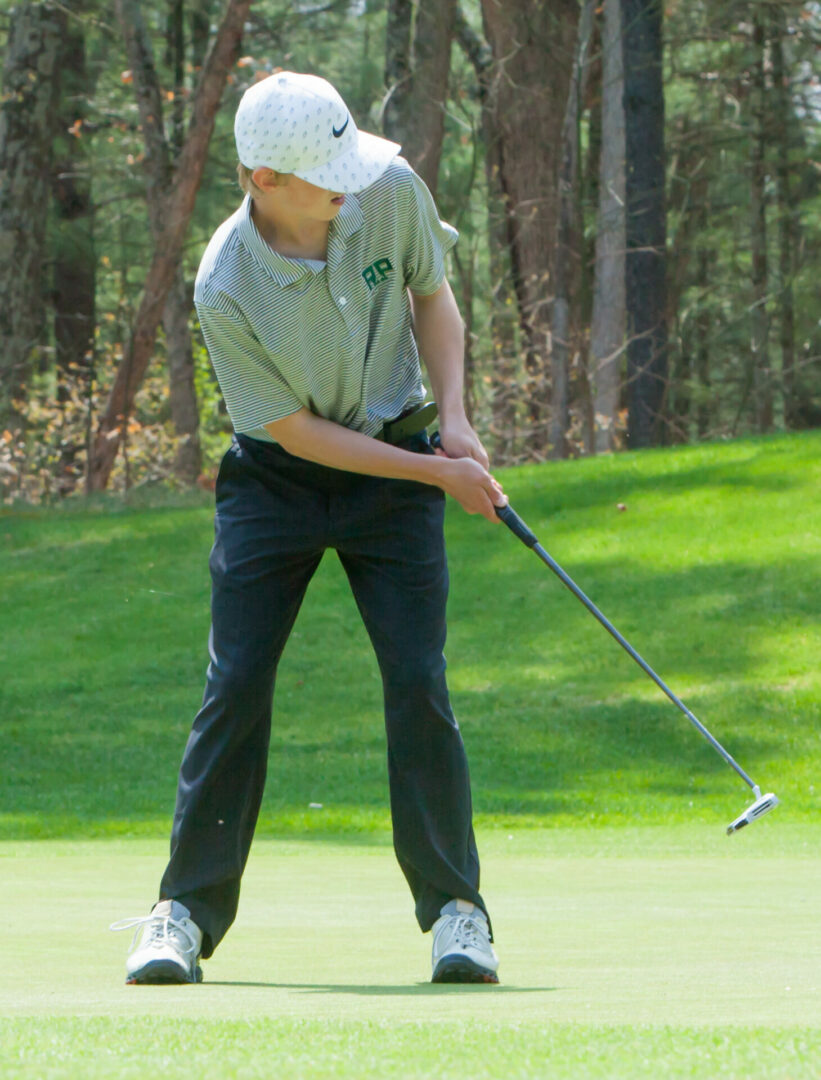 Reeths-Puffer’s Tyler Tallefson follows through after a putt. Photo/Jason Goorman 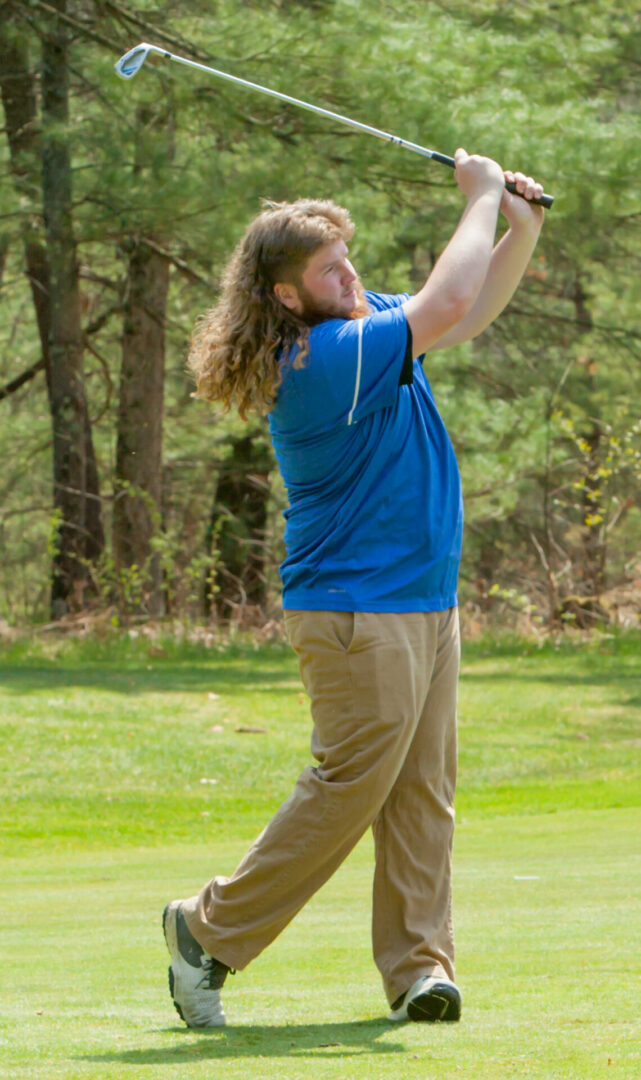 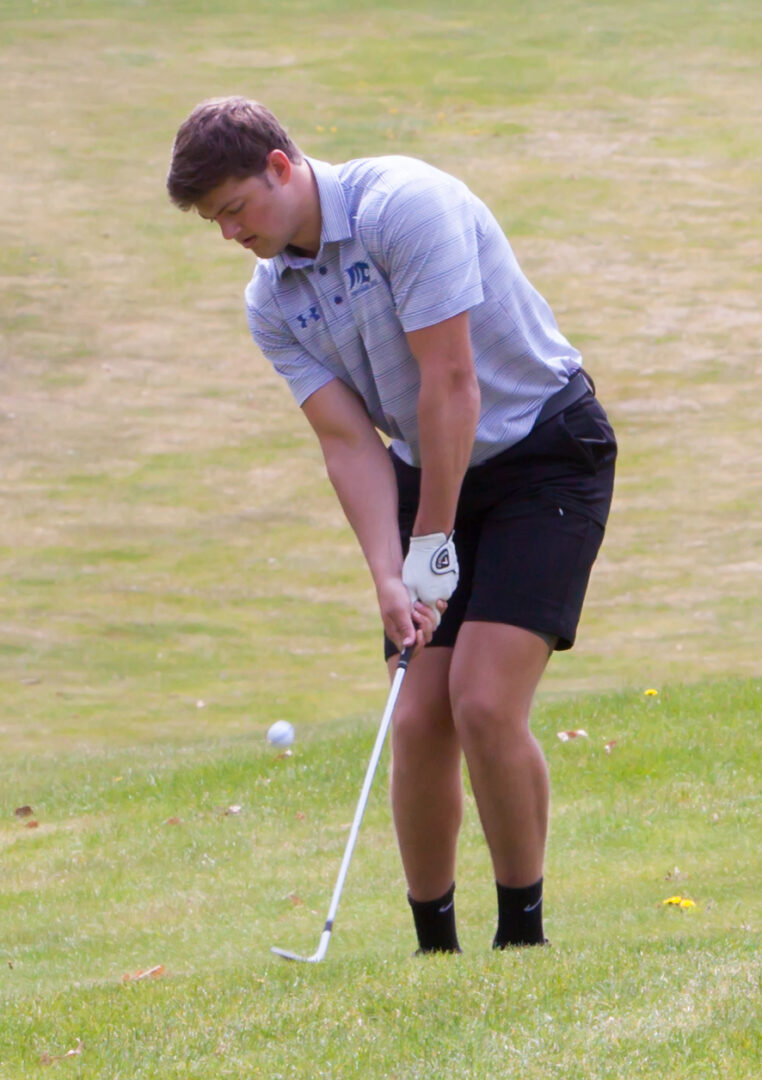 Drew Collins chips from just off the green for Montague. Photo/Jason Goorman 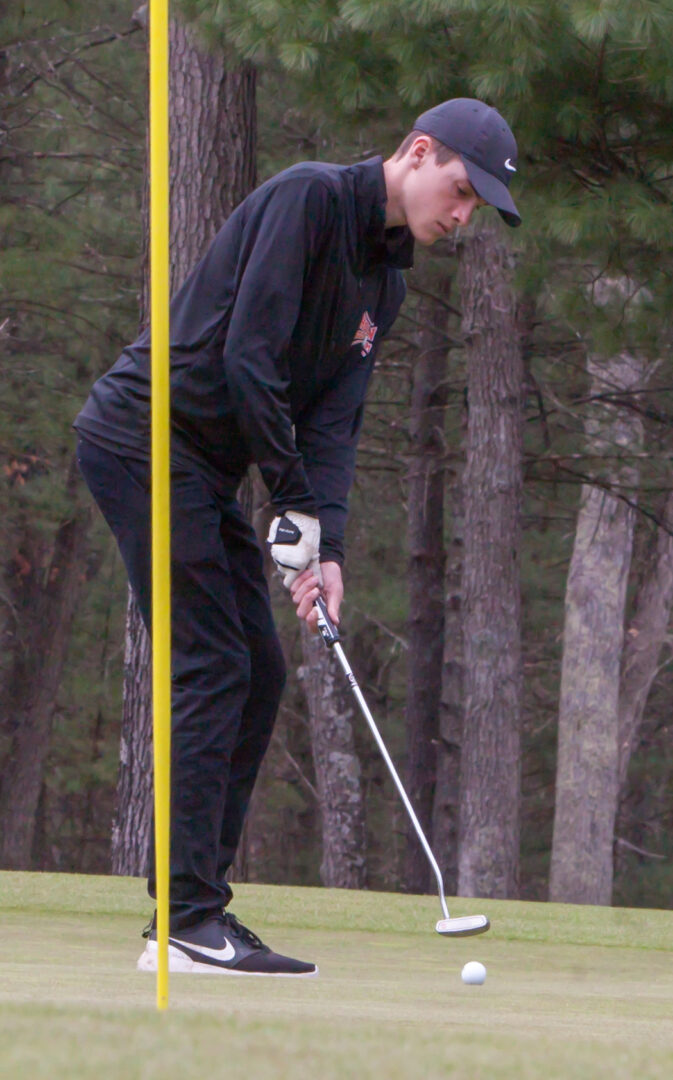 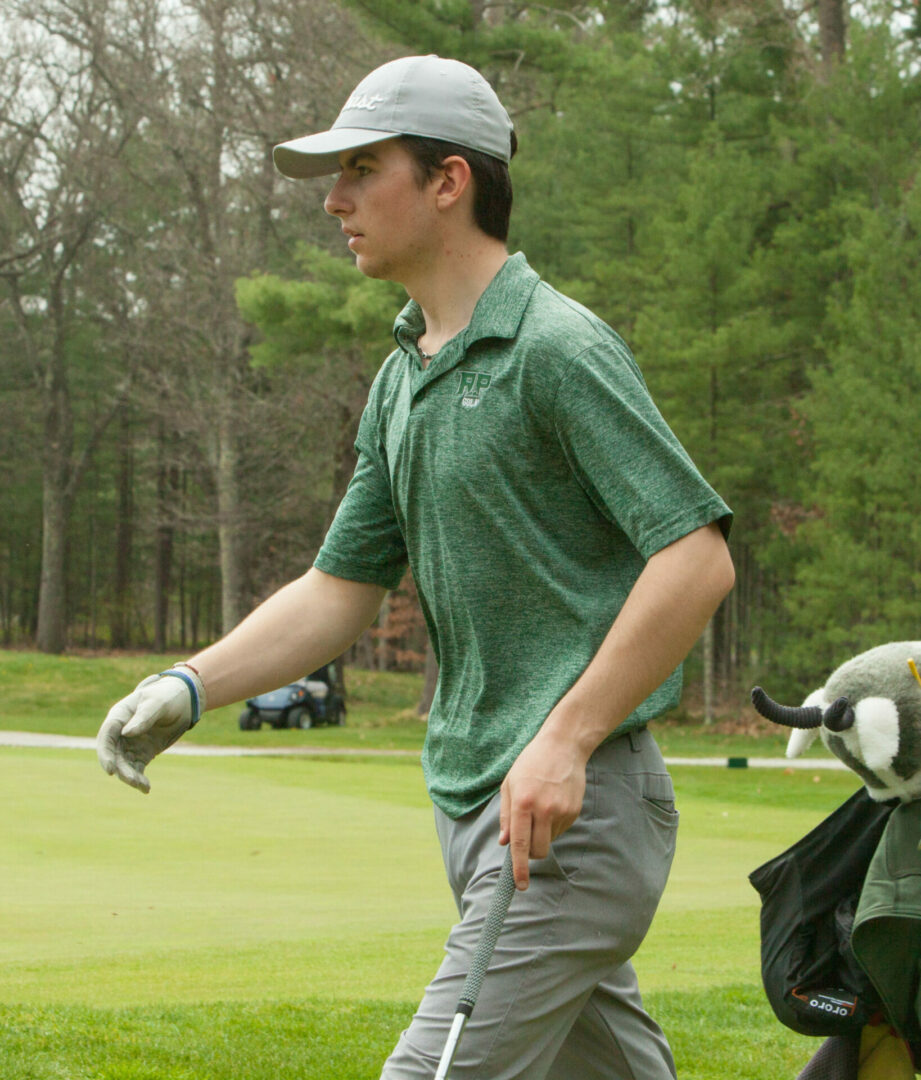 Cody Petrosky moves towards his next shot after pulling out his pitching wedge. Photo/Jason Goorman 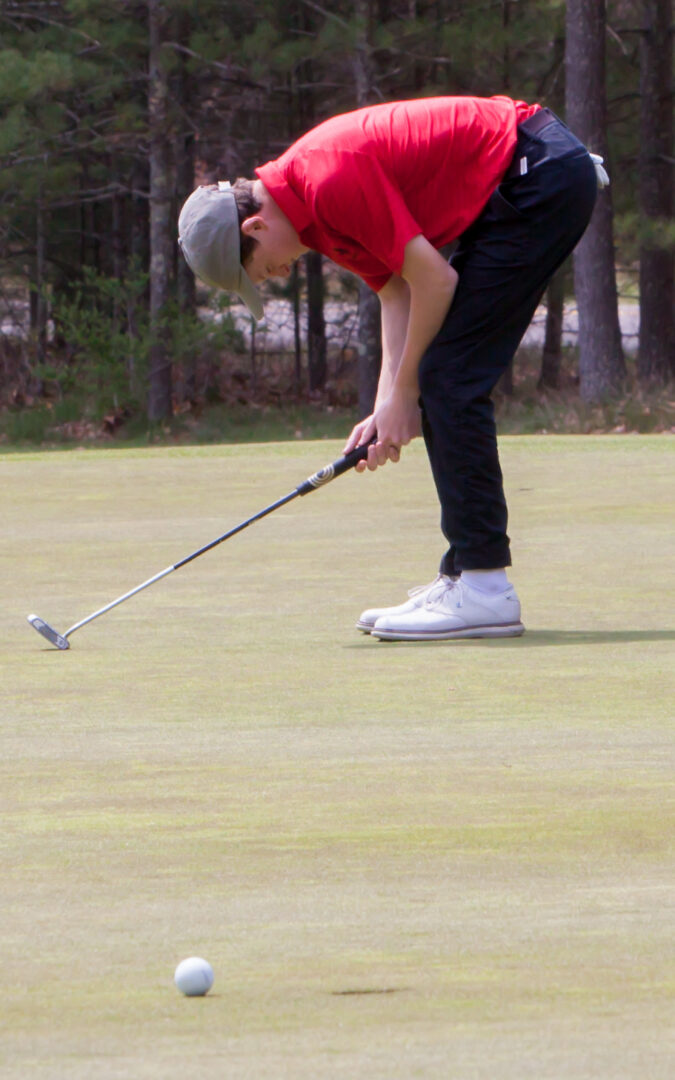