NORTON SHORES – Western Michigan Christian High School has needed a baseball field in a bad way. The school has never had a field in its 73-year history.

But now the Warriors have a sparkling new one, and it sure is pretty. 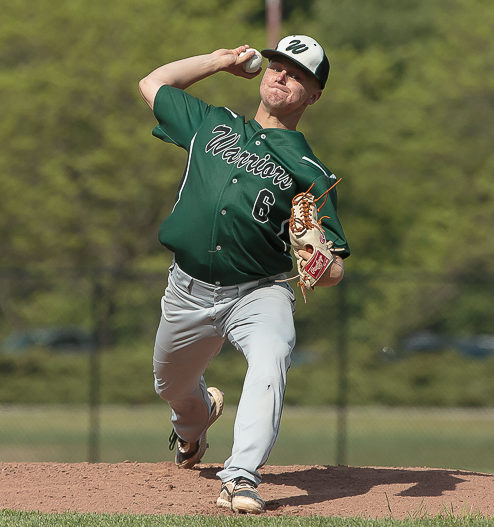 Cole Crabtree delivers a pitch for WMC. The senior right hander pitched a solid game for the Warriors, going 7 2/3 innings while giving up no earned runs. Photo/Randy Riksen

On Monday, WMC played its first game on its new field against visiting Grandville Calvin Christian.

While the Warriors fell 7-4 in an extra inning game that the team had many chances to win, playing on a new field took the sting out of the loss.

At least a little bit.

“Losing a game like today’s is tough, and these kids have been in almost every game this season,” said second-year WMC Coach Mark Hill, whose team is now 10-14. “But having a functional field to play on is such a boon to our program, the loss today doesn’t quite hurt as badly because of it.”

Despite not ever having a field to call home since its start in 1948, the Warrior baseball program has had significant success.

WMC won a Class D baseball state title in 1985 under Coach Joe Hicks, one of only two teams in Muskegon County history to do so. The team was also a state runner-up in 1980 under Coach Jim Goorman. 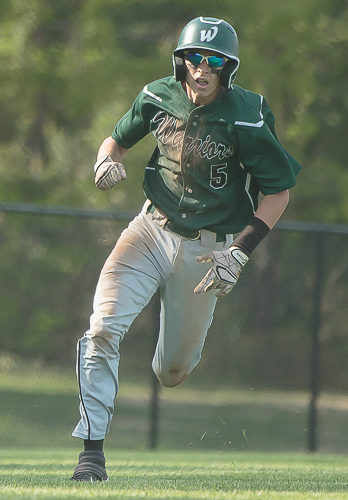 Back then, the Warriors played their home games at historic Marsh Field or McCrea Field in Muskegon.

After moving its campus in 2003 from East Muskegon to its present location in the old General Electric building by the Muskegon County Airport, WMC baseball still did not have a solid place to call home.

The Warriors played on the Mona Shores youth baseball field on Sternberg Rd. since the 2003 move, but that field was subpar for a varsity program.

In late May of 2019, WMC was 8-2 while Muskegon Catholic was 18-2. The reason for the discrepancy in games was constant flooding at the Mona Shores facility.

That difference got the school and its supporters motivated.

Through fundraising efforts by alumni and athletic boosters, WMC was able to turn the tables for all of its current and future baseball players.

One player who has a connection to WMC’s 1985 state title team is senior Micah TerHaar. The catcher’s uncle, Keith TerHaar, was a member of the title team and appreciates the close proximity and quality of the new field.

“It’s great, we love being able to walk over here after school and practice and it’s such a nice field, we don’t have to worry about bad hops or anything,” said TerHaar. “Things didn’t go our way tonight, but we were able to jump on them early and that created a lot of excitement.”

With the addition of the baseball field, WMC’s campus is nearly complete. The school finished its gym in 2009. The soccer program unveiled its new turf field this past fall. Next is a track that is to be installed this summer. There are also talks in the works of tennis courts and a softball field on the 39-acre campus.

WMC will host its second baseball game on its new field this Wednesday against Hesperia at 4 p.m. The greater Muskegon area community is welcomed to check out the Warriors’ new diamond located at 455 E. Ellis Rd. in Norton Shores. 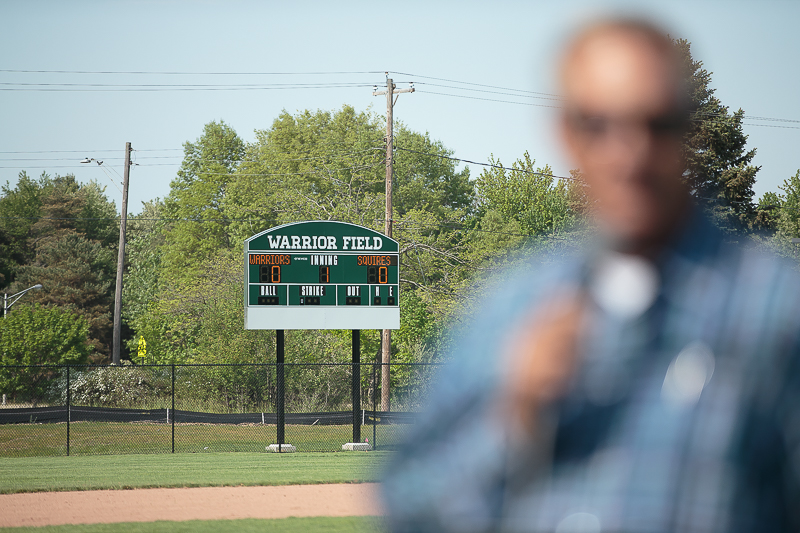 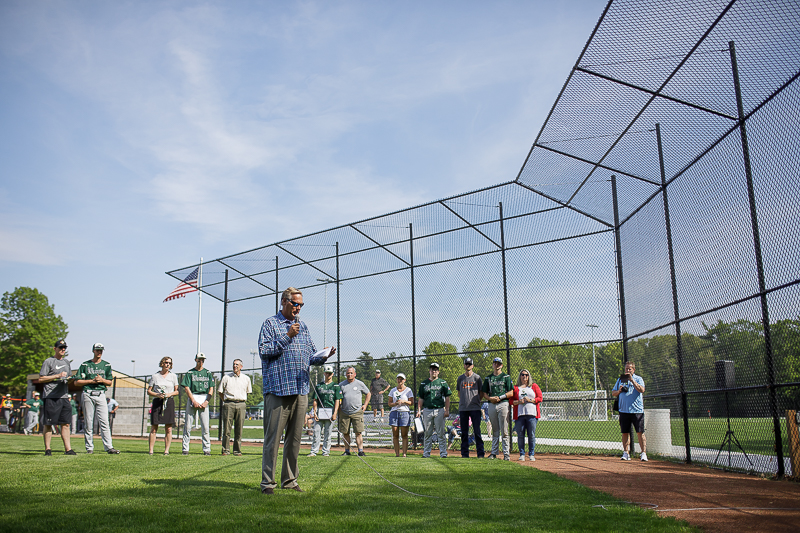 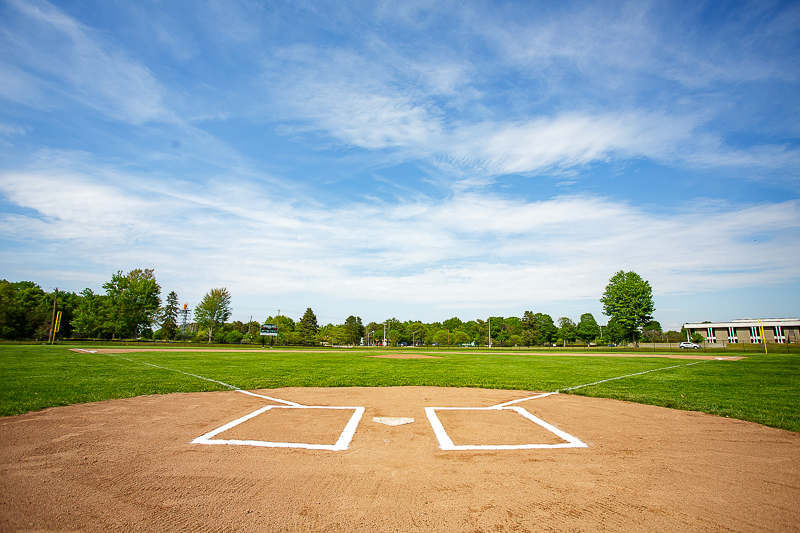 WMC’s nice and even field. The Warriors defense and their opponents struggled with an uneven surface at the former home field. Photo/Randy Riksen 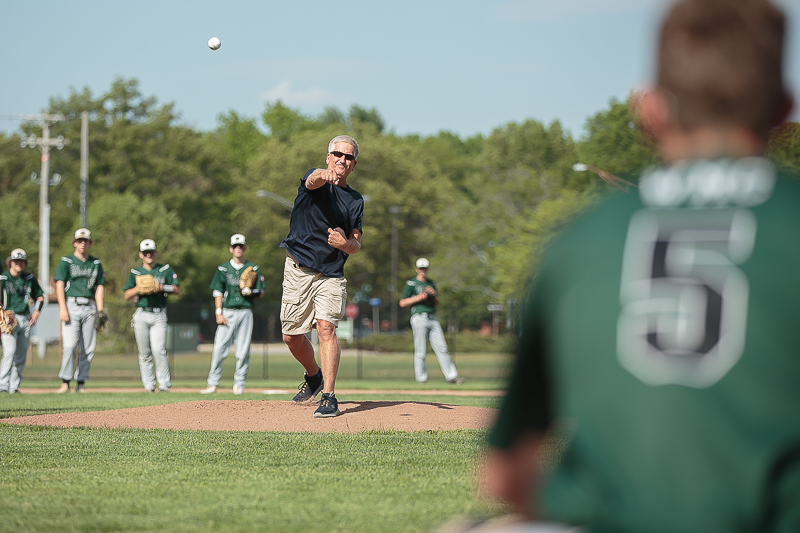 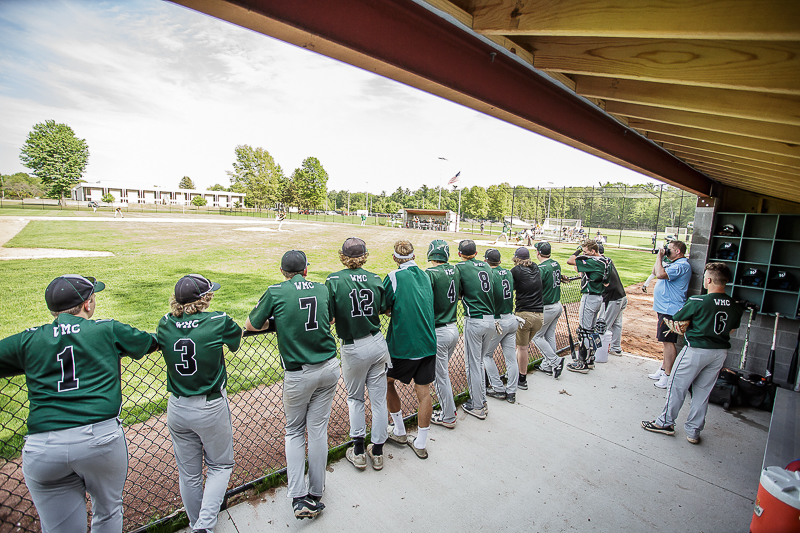 WMC players lead against the dugout fence during the game. Photo/Randy Riksen 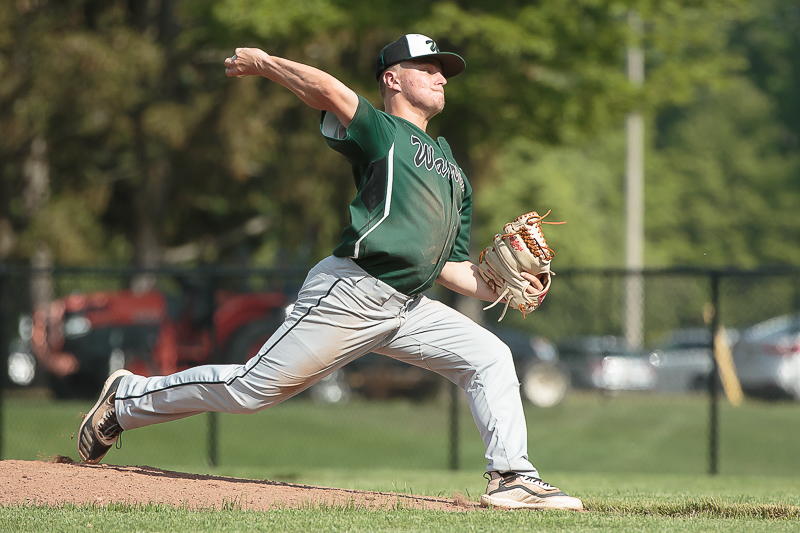 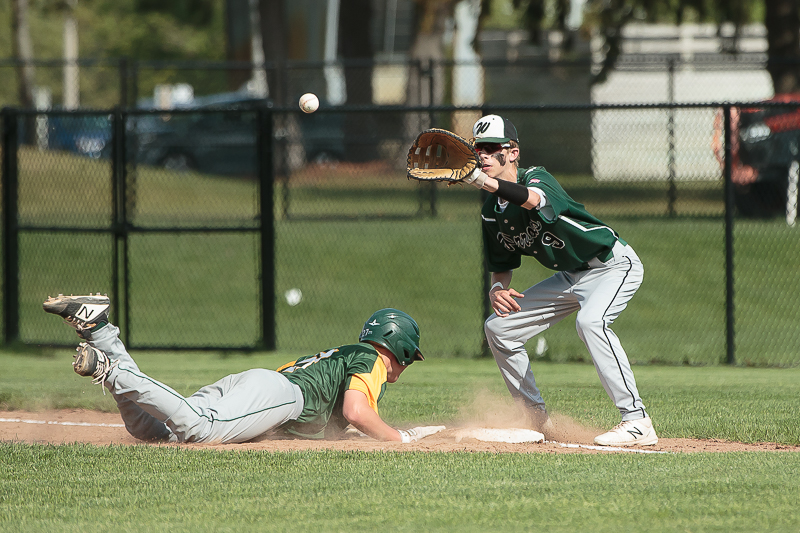 Sam Sipe waits for a throw to first base for WMC. Photo/Randy Riksen 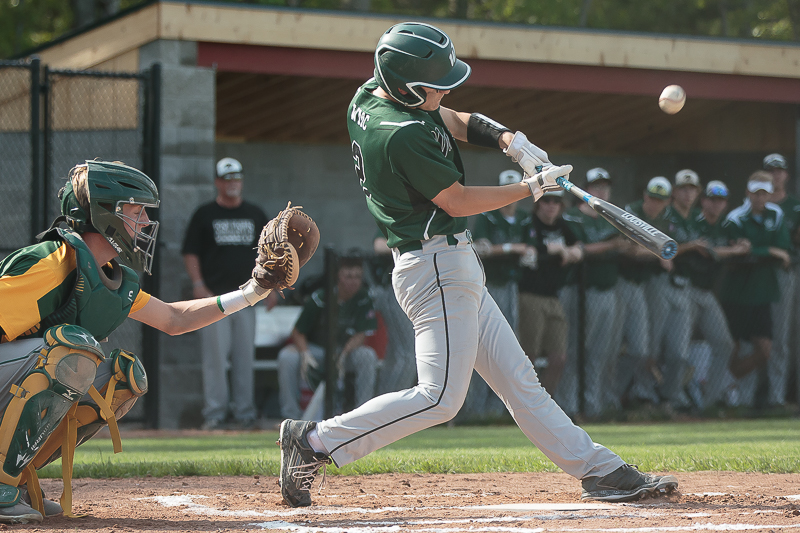 Sailors pile up the points against Portage Northern, move on to state semifinals