Former Major Leaguers share tips with youngsters about baseball, and about life, at a special camp this week at Maranatha

He was lucky to have a mother who guided him through his youth after his father disappeared from his life, and lucky enough to have a baseball career that provided professional opportunities, and a chance to develop a relationship with God.

That’s why Ortiz participates at youth baseball camps, including one this week at the Maranatha Bible and Missionary Conference in Norton Shores, where he joined three other former Major League players to share tips with the youngsters about the game, and about God. 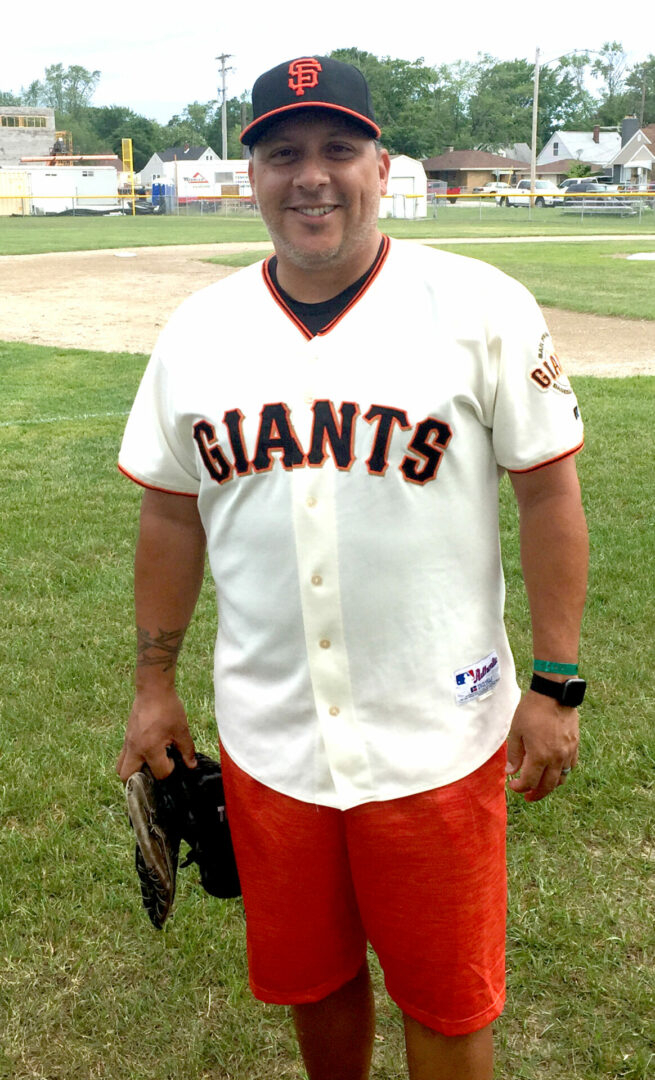 ”My parents divorced very early in my life,” said Ortiz, who had a 12-year Major League career and won 21 games with the Atlanta Braves in 2003. “The person who was my father was a horrible husband. He stuck around and saw my brother and I for a couple years, but never came around again after I was about four-years old. So I never really knew what it was like to grow up with a dad.

“My mom loved us and supported us very well. She supported me all my years playing baseball. Baseball led me to the University of Oklahoma. I heard the gospel for the first time at FCA (Fellowship Christian Athletes), and I saw and became friends with Christian athletes at OU. I wanted what they had. In my freshman year I got saved. Once I became a Christian, something I realized was, I may not have had a father on earth, but I had a father in heaven.”

For approximately 30 years, Maranatha has been partnering with an organization called Unlimited Potential Inc. (UPI) to reach and assist youngsters through summer sports camps, according to Maranatha Executive Director Gary Feenstra. UPI offers Christian ministry for current professional athletes, and well as for children around the nation.

Maranatha hosts seven camps for kids between the ages of 7-17 every summer. Approximately 60-65 kids have been participating in this week’s baseball camp, which began Monday and runs through Friday. 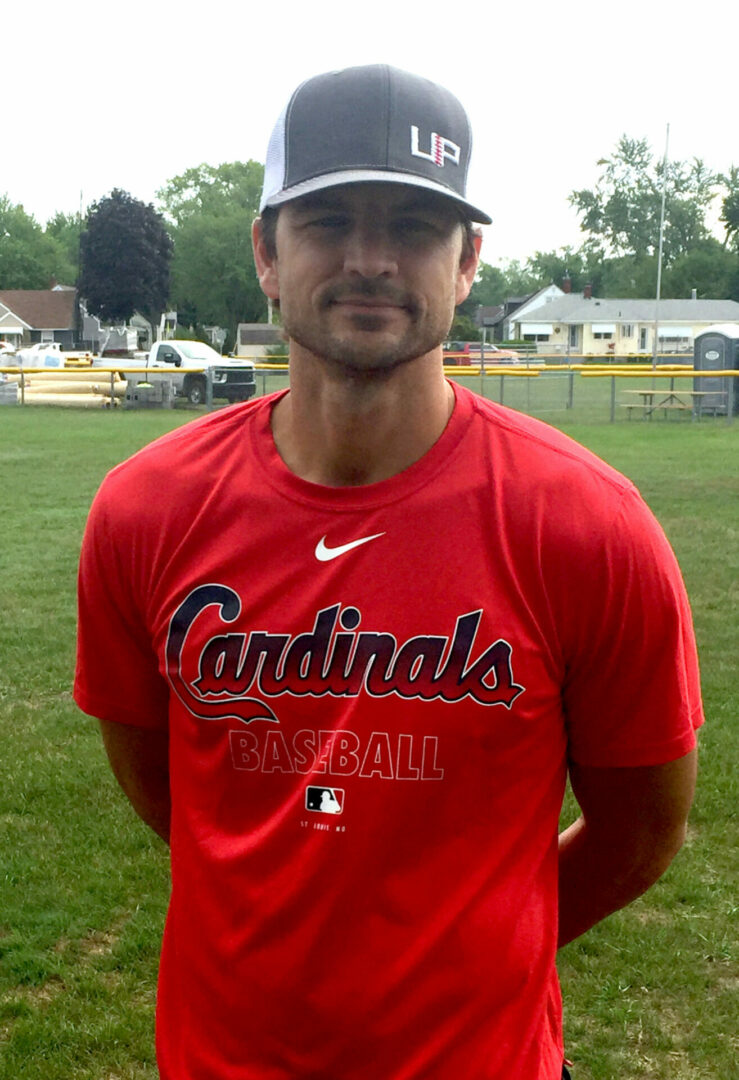 “Half of the kids are from the community,” Feenstra said. “Our main goal with each sports camp is to provide good quality individual skills, and to always present the Gospel. We always want a spiritual component with everything.”

All of the camps are led by trained Christian professionals, and are designed to help youngsters start down a path that will help them realize their full potential, physically and spiritually.

A statement on a UPI website sums up the organization’s philosophy:

“We believe that following Jesus initiates a new life full of unlimited potential, It is not our desire to create a neatly-packaged program for others to follow and ‘finish.’ We simply desire to come alongside others, to walk with others, to enter into a relationship with others and to lead others as we grow in our own intimacy with God.

“That being said, there are three elements that are present in everything we do. They are scripture, community and discipleship. UPI is a group of former professional baseball players helping others learn a new way of life, and a new way of thinking about the world, based on the life and teachings of Jesus. Our work is the product of our love for God and our devotion to loving others.”

Heading up the UPI group of former Major Leaguers at the Maranatha camp this week is Brian Hommel, who played in the Milwaukee Brewers organization for five seasons as a relief pitcher. Brian is originally from Hutchinson, Kansas and attended the University of Louisville. He has been with the UPI team since 2001, and is currently in his 18th season serving players as the chaplain for the Arizona Diamondbacks. 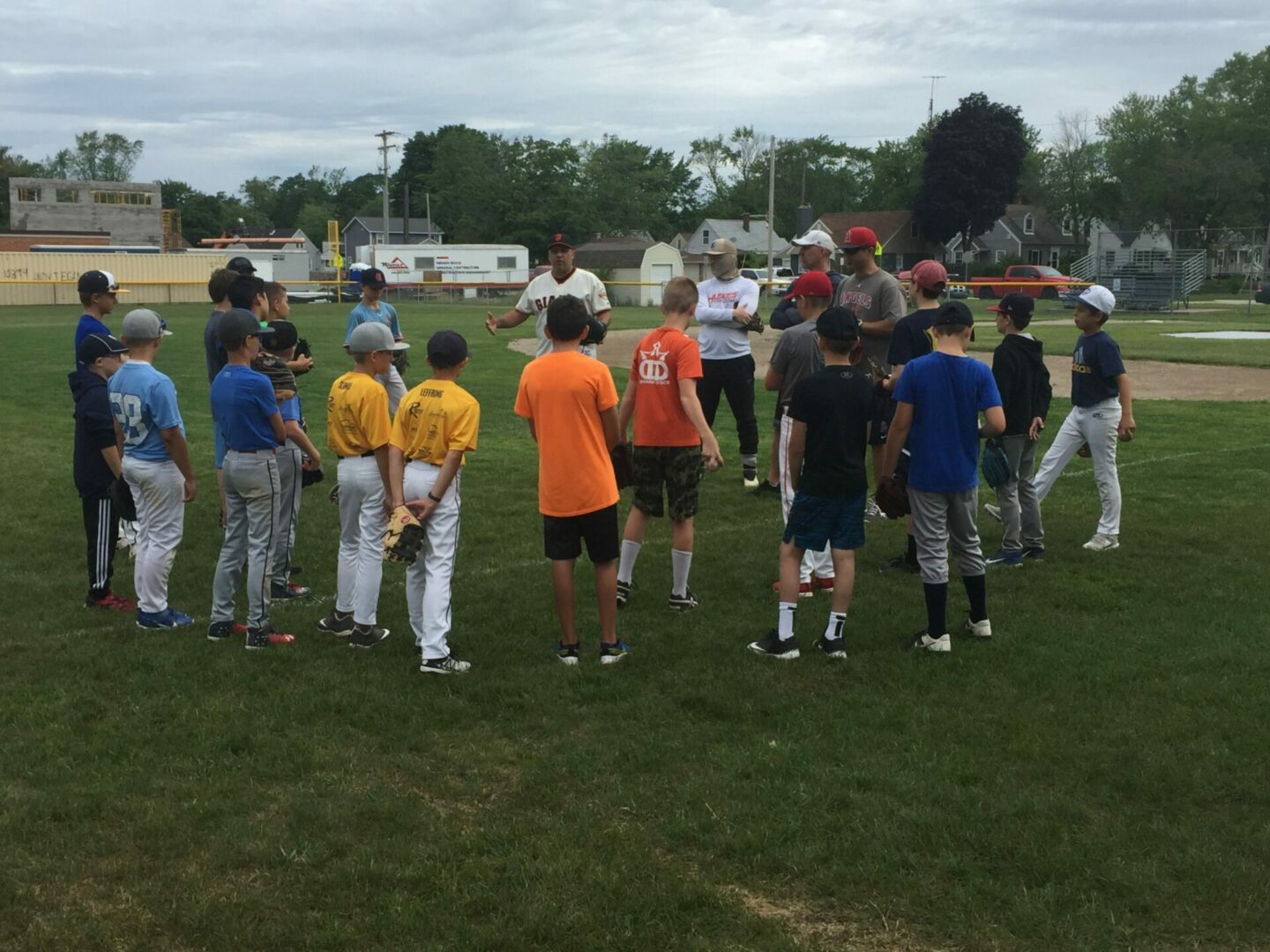 Ortiz, Evans and Hundley gather with attendees at the Maranatha baseball camp.

Another UPI representative is Terry Evans, who was born and raised in Dublin, Georgia, and attended Middle Georgia College for two years, before being drafted and signed by the St. Louis Cardinals.

After five minor league seasons, Evans made his first big league appearance in 2007 with the Los Angeles Angels of Anaheim. He played in parts of three Major League seasons, retired in 2012, and joined the UPI staff in October of that year.

Evans is the chaplain for the Atlanta Braves and currently resides on the north side of the city, where he leads Bible studies for current and former athletes.

Rounding out the UPI crew at Maranatha this week is former catcher Nick Hundley, who played in the majors for 12 years and had 3,373 career plate appearances in 974 games. He finished with a .247 batting average, 93 home runs and 376 RBIs while playing for the San Diego Padres, Colorado Rockies, Baltimore Orioles, San Francisco Giants and Oakland A’s.

Hundley currently is the senior director of On Field Operations for Major League Baseball. He is also very active in “Consider the Lily,” an organization that works to save girls from abuse and prostitution in the Philippines.

All four players came to the Maranatha camp with the same goal – to spread their love of baseball and their love for Christ.

“The goal is to show the kids we are there for them,” Ortiz said. “It’s to teach, to encourage and to share our hearts – to make the whole week fun.”

Ortiz believes that today’s major leaguers should remember that they are role models for children, and take that responsibility very seriously.

“MLB players ought to realize they were once kids that looked up to other MLB players, take that to heart, and feel a sense of responsibility to play hard, have fun and show kids – their fans – that they are important.”

In the upcoming weeks, Maranatha will also host tennis, soccer,  lacrosse, football, volleyball and basketball camps. Registration is required and should be completed as early as possible, because space is limited.