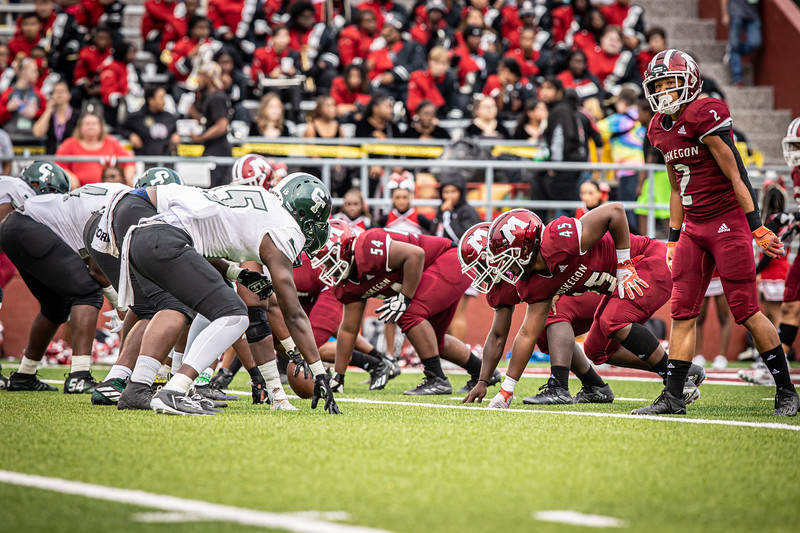 By Melvin Lane
LocalSportsJournal.com
A first ever clash between the Detroit Cass Tech Technicians and the Muskegon Big Reds, two of the states top programs, turned into a Cass Tech route on Friday. 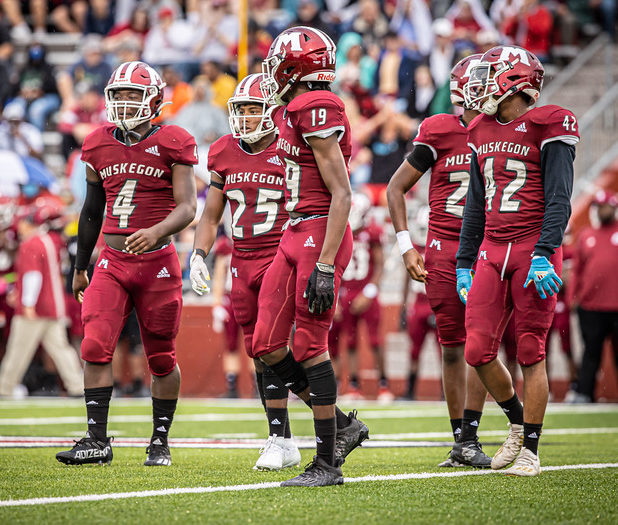 Cass Tech scored on its first six offensive possessions of the game before defeating the Muskegon Big Reds 49-14.

The Technicians, a highly touted team with division 1 talent all across the field, made the trip to West Michigan and didn’t disappoint.

The physicality of Cass Tech was on full display as they dominated inside the trenches.
Muskegon could never get in a rhythm and the Technicians capitalized on the Big Reds mistakes and youth.

“You can’t make mistakes against a great team,” said Muskegon Coach Shane Fairfield. “When you’re playing against a team of that caliber, you have to be spot on.”

Cass Tech was spot on, and was led by junior quarterback Leeshaun Mumpfield who accounted for five touchdowns, all through the air. 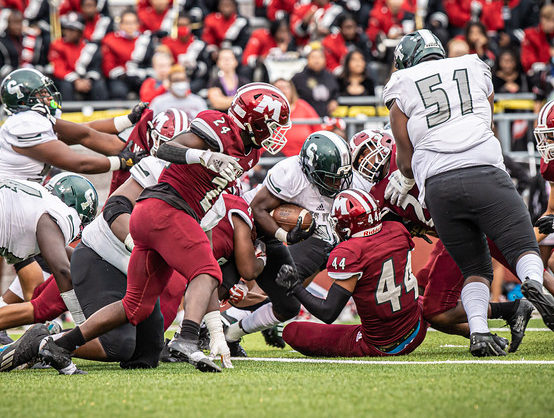 Finishing 11 of 15 passing for 187 yards, all of Mumpfield’s touchdown throws were to all different receivers.
Jameel Gardner, Nate Briggs, Latrell White, Kaden Wilson and Khamri Anderson all found the endzone.
Shamar Snow carried the rushing load with 14 attempts for 106 yards and a touchdown.
“Mumpfield, he’s vocal, he doesn’t yell, but he leads by example,” said Cass Tech Coach Marvin Rushing. “If he does something, you know it’s right. You better do what he’s doing.”
The Technicians have a phenomenal offensive line, led by Jackson Pruitt, Deon Walker, Jalen Thompson, and Masai Reddick.
“They are doing things the right way and showing these younger guys the Cass Tech way,” explained Rushing about when talking his team’s leadership.

Muskegon had a hard time finding consistency but found the endzone with a minute left in the half on a Myles Walton eight-yard touchdown run.

The momentum that the Big Reds gained, was quickly dissolved by a Cass Tech touchdown pass from Mumpfield to Wilson from 26 yards out as time expired in the half.
Tech lead to 42-7 at the break.
Jakob Price added the last Big Red score with a 64 yard TD run. Price paced Muskegn with 78 yards rushing.
Muskegon defense was led by Brian Wright with 15 tackles and Jaheim Mathis with 9 tackles and Dominic Sugin 7 tackles.
Cass Tech was balanced offensively with 219 rush yards and 196 passing yards. 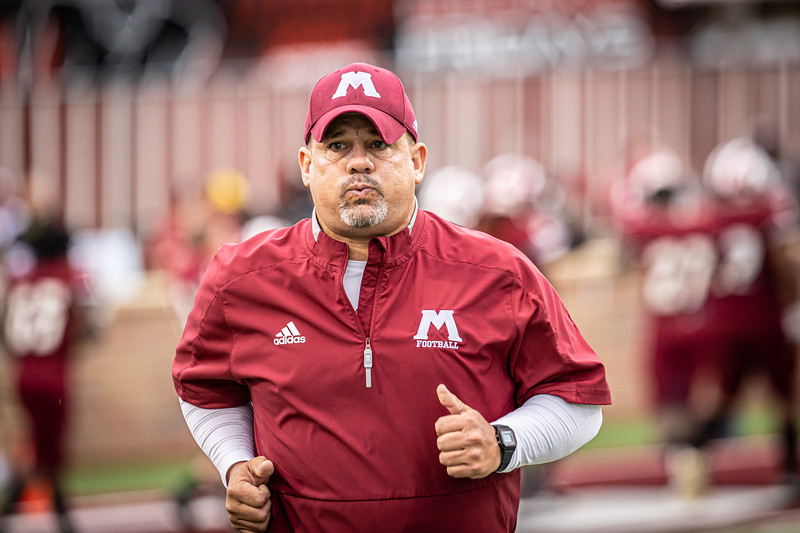 Muskegon finished the game with 150 yards on the ground and 10 passing yards.
A decisive factor in the game was the time of possession as the Technicians nearly doubled the Big Reds and capitalized on three Muskegon fumbles.