BENZONIA – Finishing first is preferred, but when the top three teams advance to the state finals in cross country, finishing second or third isn’t so bad.

While the Cardinals didn’t bring home the reginal trophy, their runner-up finish qualifies them to compete for the state title at the Michigan International Speedway. That meet is set for next Saturday.

The Cardinals had two runners place in the top four, but didn’t have the depth required to overtake White Cloud for the top spot.

“We were behind them (White Cloud) coming in,” Cardinals head coach Ben Knizacky said. “We hoped to be a little closer, but they ran a good race. Our kids did all right. They were hoping to be a little bit closer, but it wasn’t to be, I guess.” 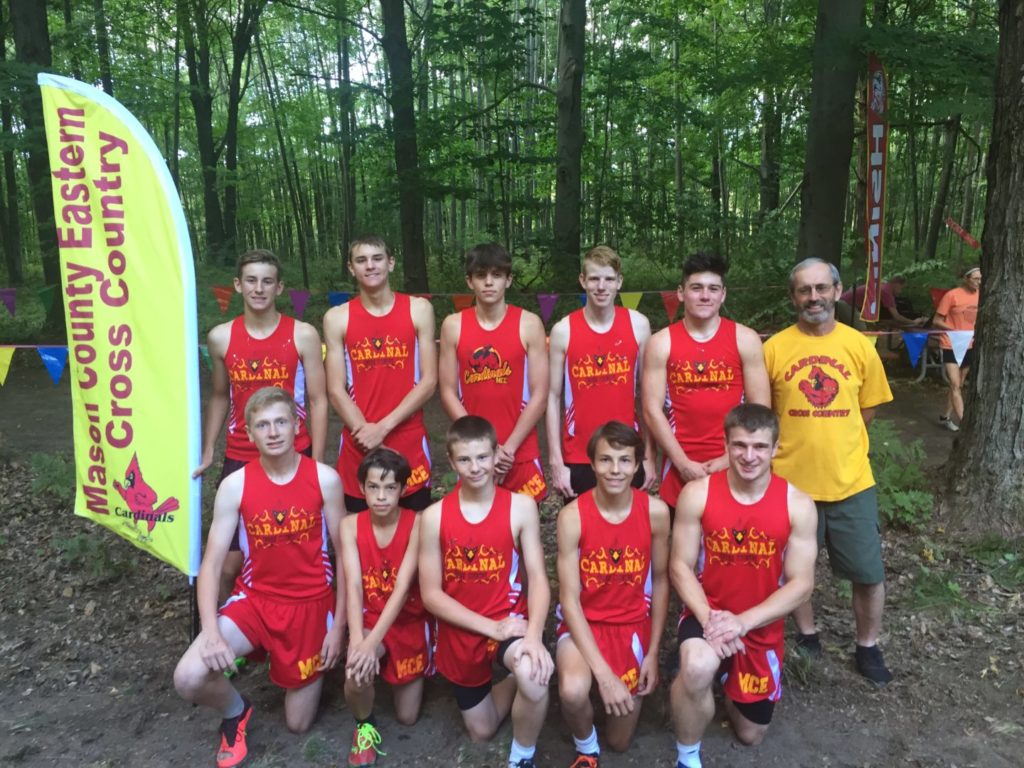 The Cardinals finished second to White Cloud, 46-62. Also qualifying for state as a team was Frankfort, which was third with 73 points.

Rounding out the team scoring were Leland in fourth followed by Grand Traverse Academy and Pentwater.

But the Cardinals did not have another runner in the top 10 and that hurt their chances of overtaking White Cloud.

Pentwater had one runner in the top 10 as sophomore Mitchel Daniels was ninth in 17:45.47.

“The girls were actually closer to first place (eight points) than my boys,” Knizacky said. “They ran really well. All the girls had PRs (personal records) today.

“It was a nice running day,” Knizacky said. “I’m definitely proud of both squads. They came here and did what they had to do. Sometimes you have tougher competition.

“You have to give teams credit. They ran well. The course here is nice and flat. There were fast races today. But, we knew that. We tried getting out. For the most part, we did.”

Olivia Wing, a sophomore, was the closest Cardinal to getting into the top 10, finishing 11th in 21:30.51. She will compete at state as an individual as well as freshman Lucy Shoup.