Demetri Roberson had a 70-yard interception return touchdown and an 80-yard touchdown catch to lead Mona Shores to a 49-0 win over Wyoming.

Roberson finished with two catches for 88 yards while quarterback Mark Konecny was 6 of 9 passing for 141 yards with 77 yards rushing on four carries, including a 69-yard touchdown run that put the Sailors (7-2, 6-1 OK Green) up 36-0 in the third quarter.

Wyoming quarterback Bernie Varnesdeel was 8 for 18 and 96 yards passing.

Elijah Johnson breaks a tackle as he picks up a Sailor first down. Photo/Eric Sturr

Demetri Roberson runs back an interception seventy yards for a touchdown. Photo/Eric Sturr 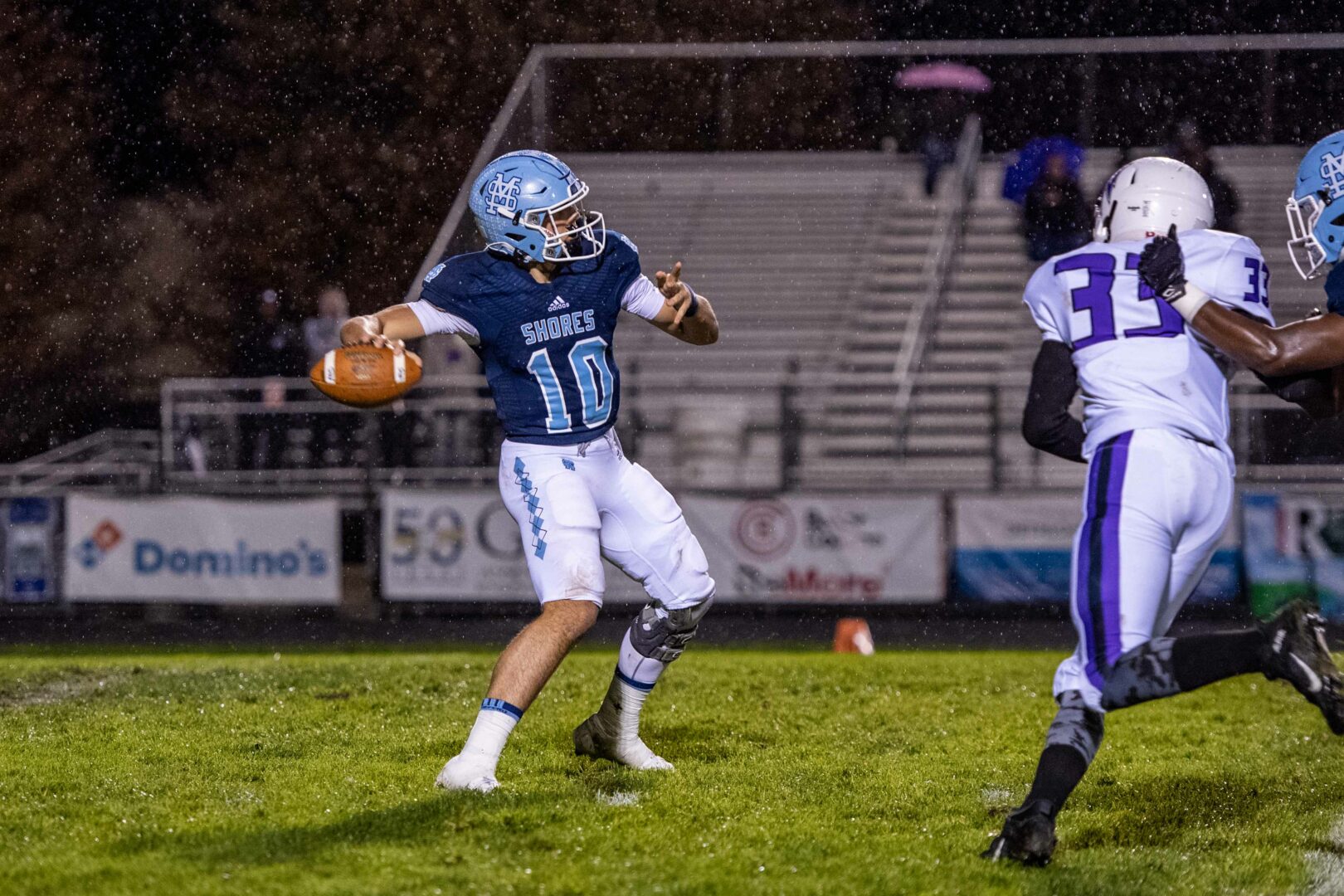 Mark Konecny heaves a bomb down the far sideline to Demetri Roberson for a Sailor touchdown. Photo/Eric Sturr

Mona Shores remains on top of the O-K Black in volleyball, cruises past GR Union