The Muskegon Catholic Central volleyball team clinched the Division 4 district title on Thursday as they downed Pentwater in three sets.

Also contributing to the victory Erin LaVigne had 11kills, nine digs and made a block, Cara Burkall made nine kills and two blocks while Natalie Rich added a block.

Muskegon Catholic Central climbs to 23-12 on the season and ended Lakes 8 Conference play with a record of 5-3.

The Crusaders continue on in their quest to snag the school’s first ever regional and state title as they take on the winner of the Breckenridge versus Mt. Pleasant Sacred Heart match for the opening round of regional action on Thursday at Brethren at 7p.m.

Check out photos from the Crusaders’ win, shot by photographer Michael Banka. 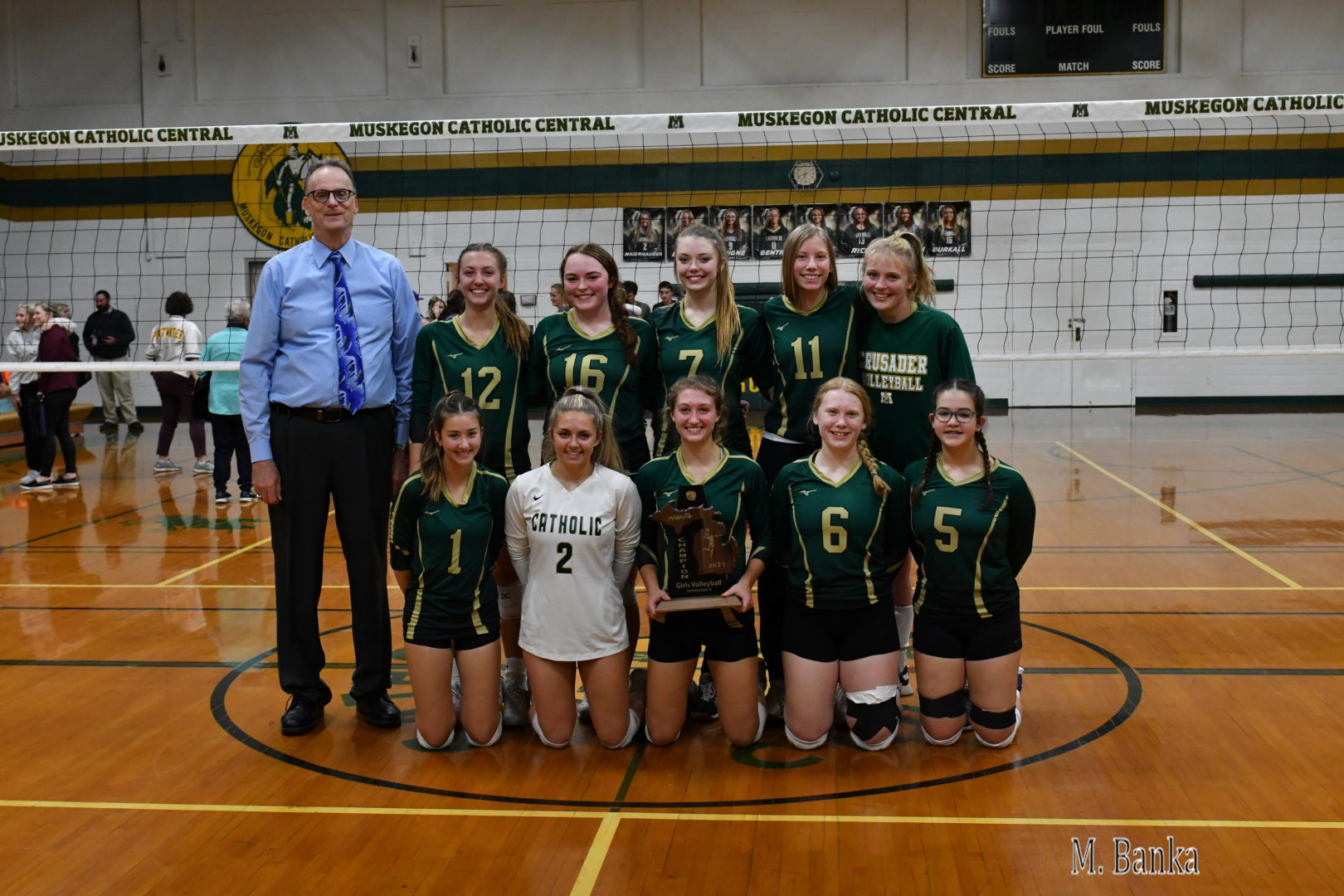 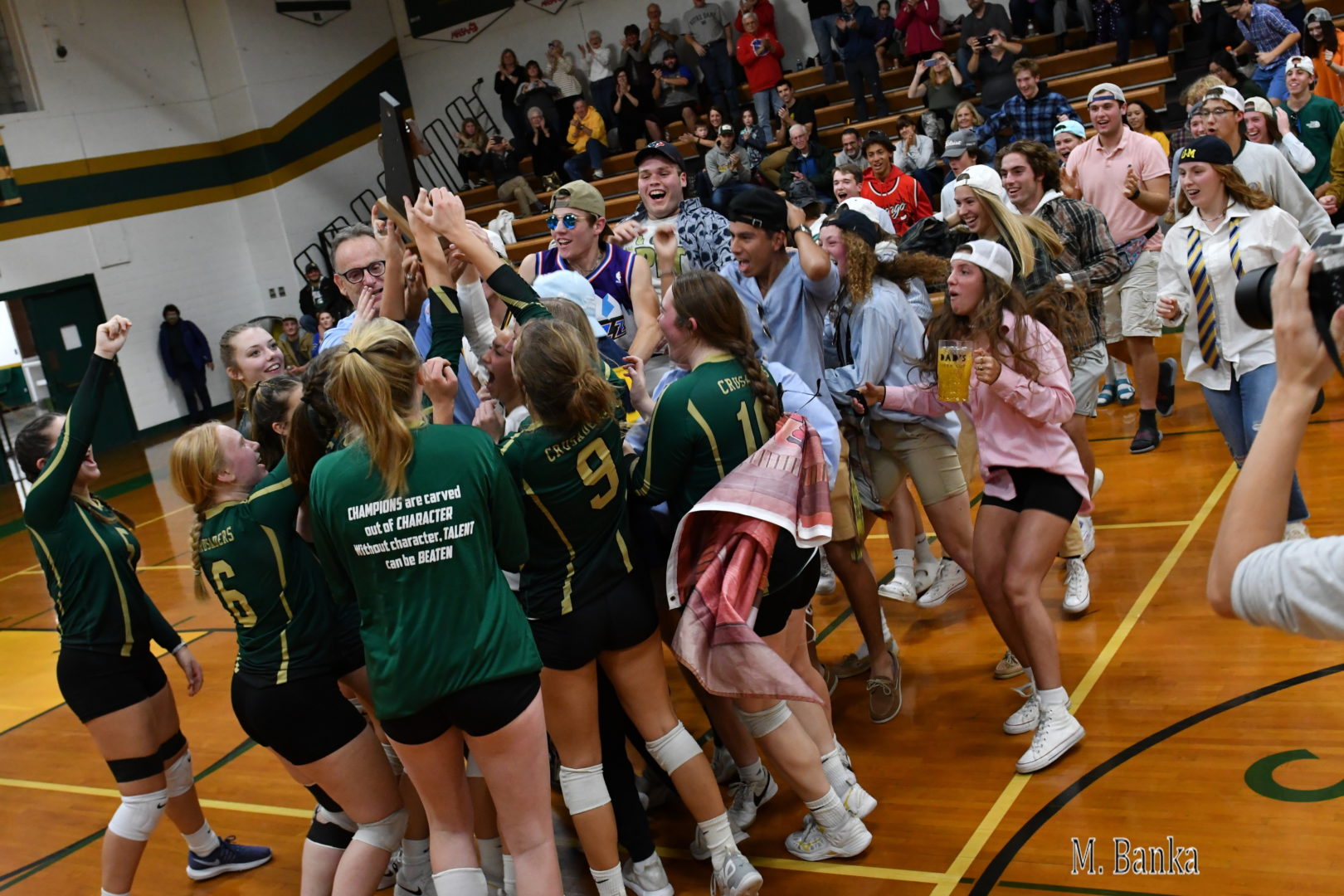 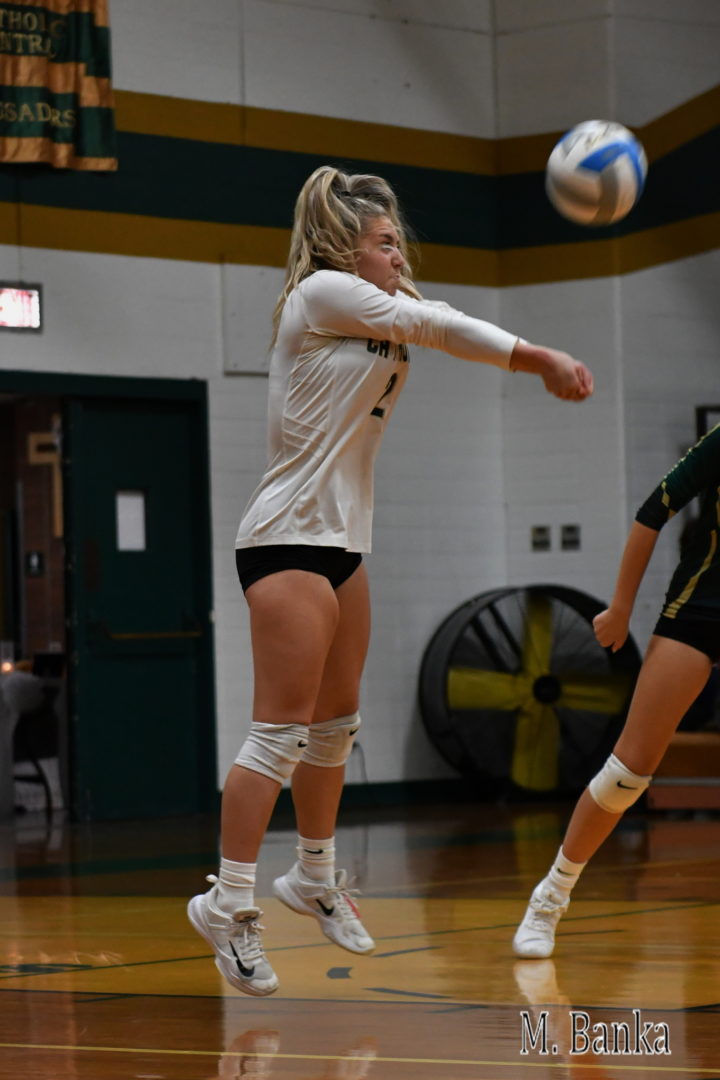 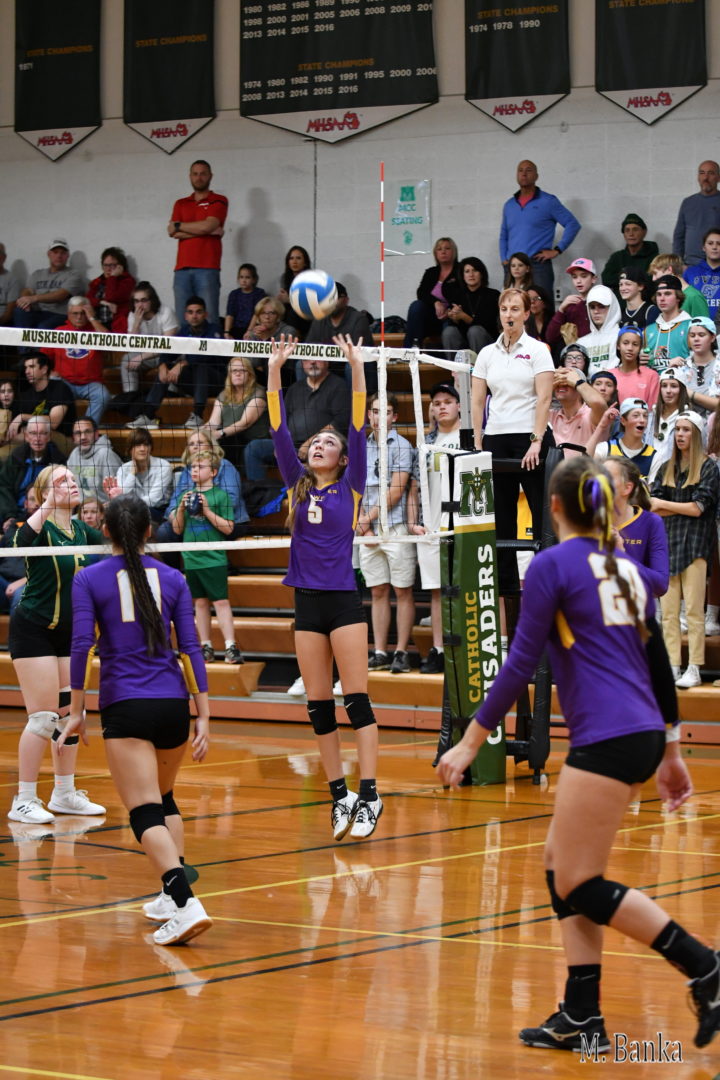 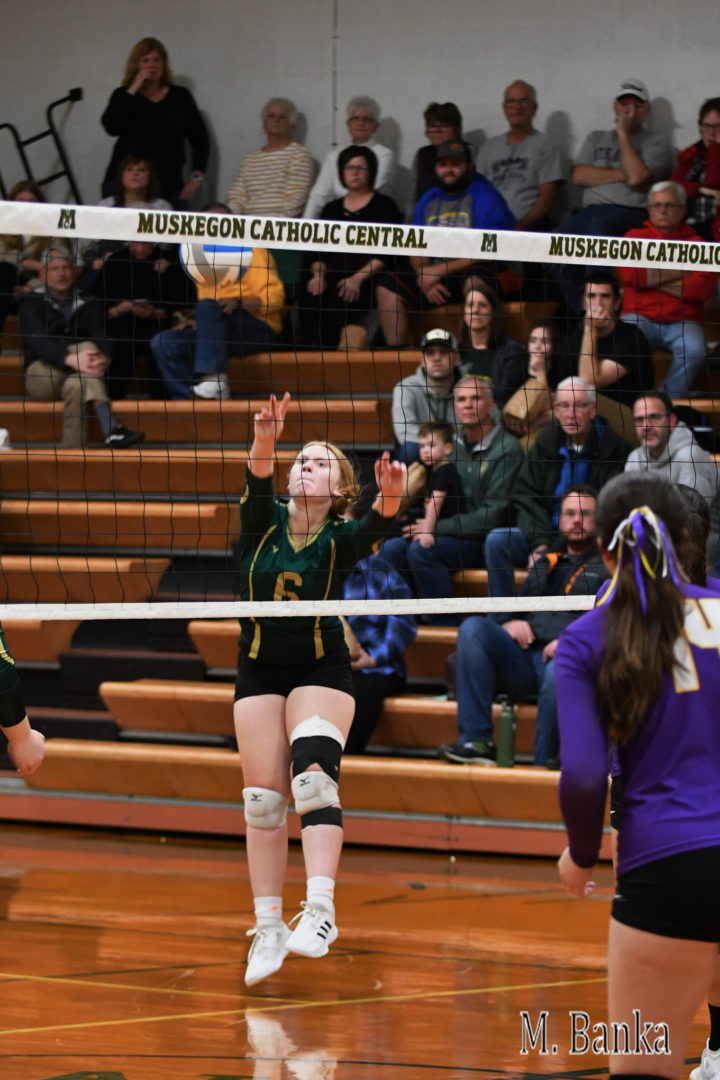 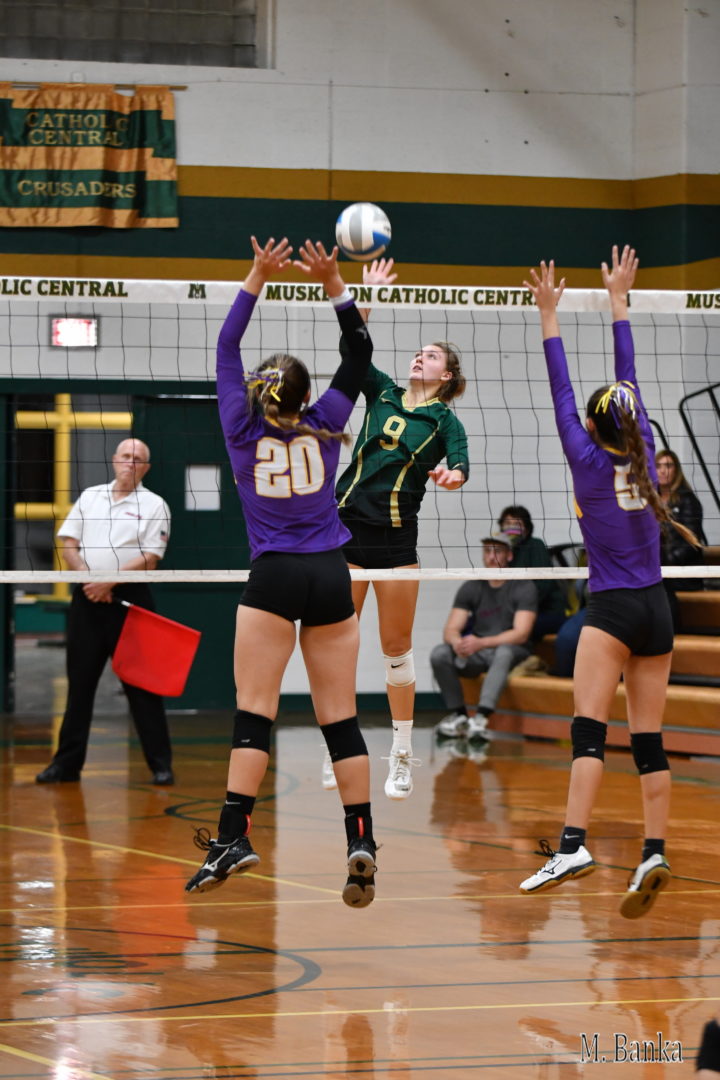 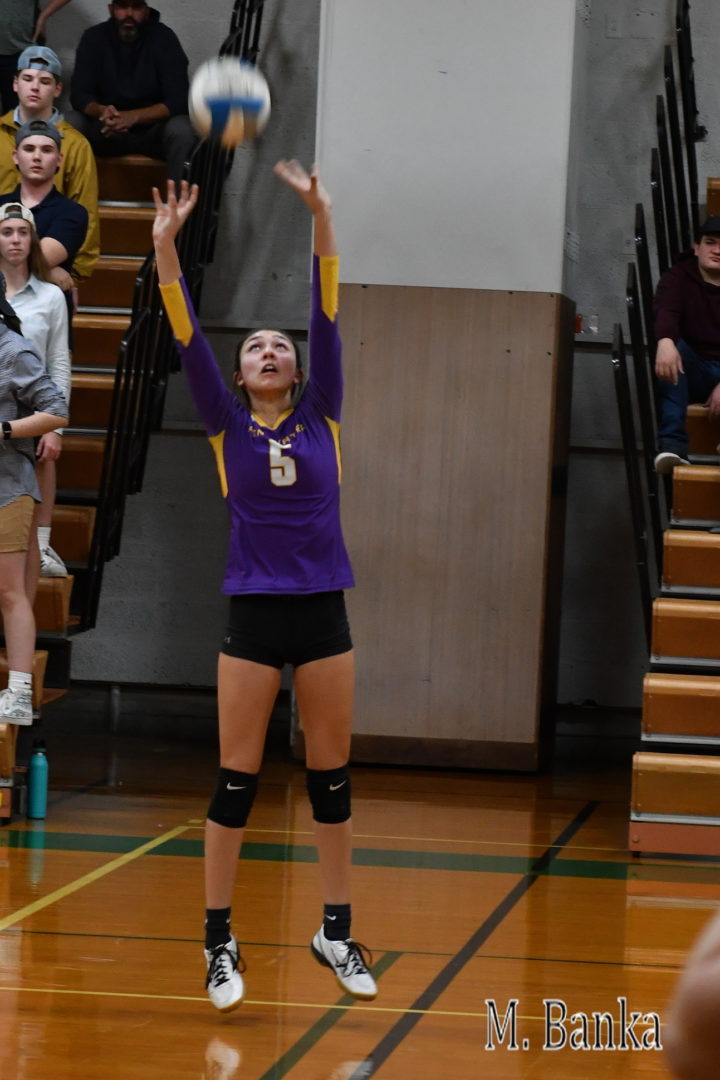 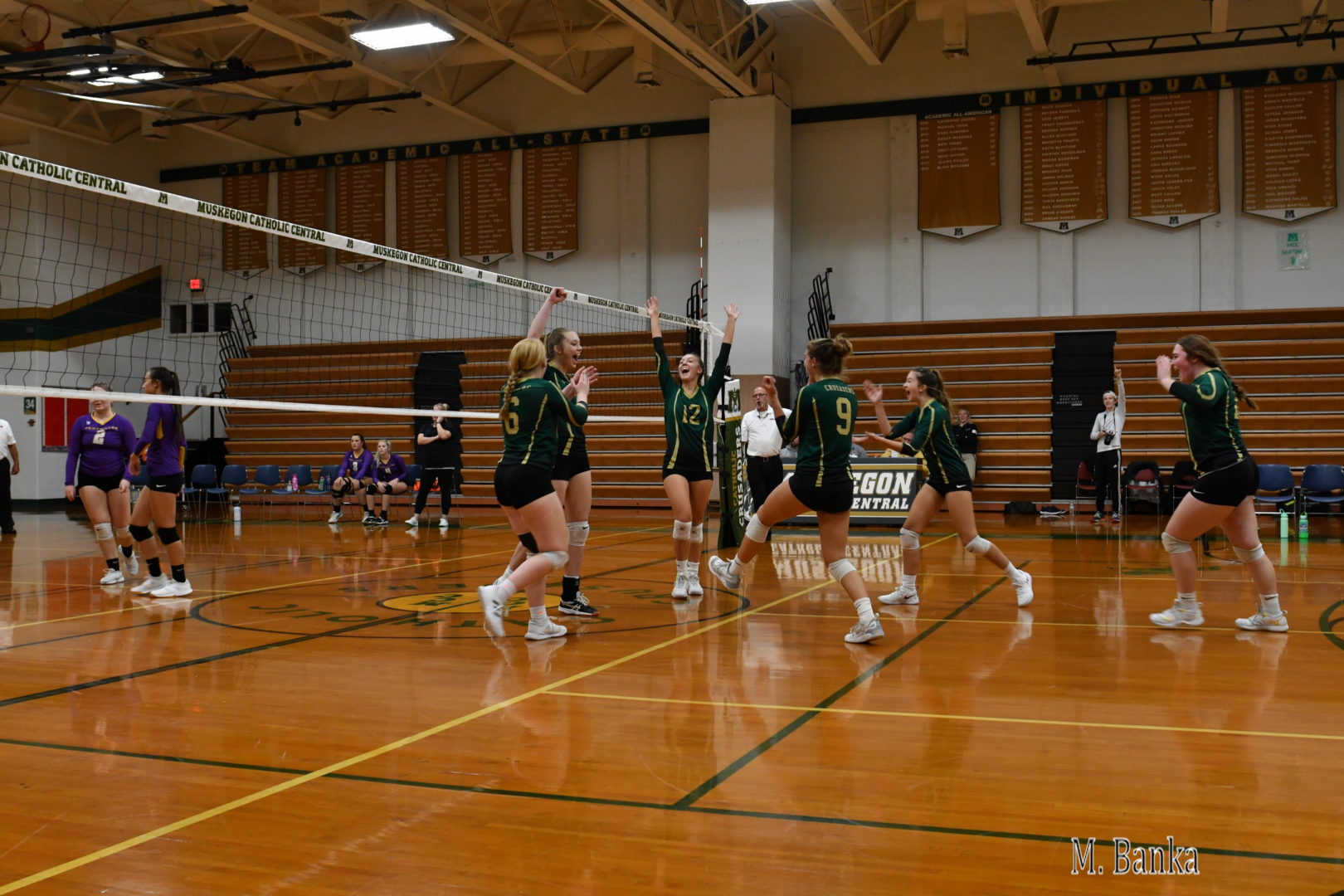 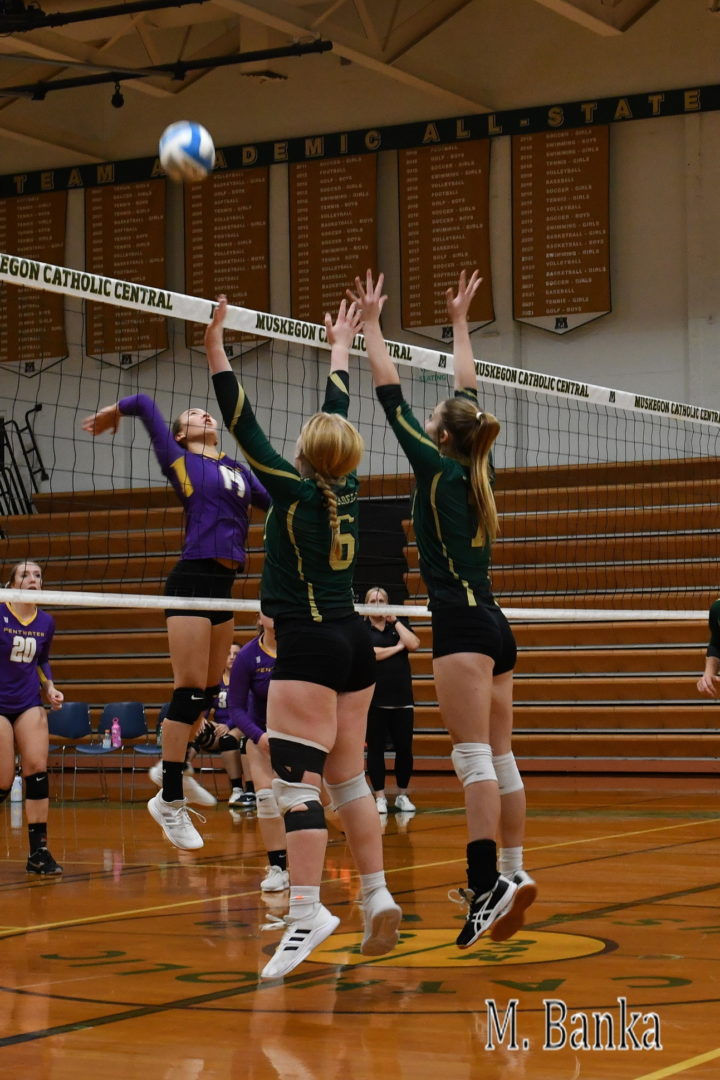 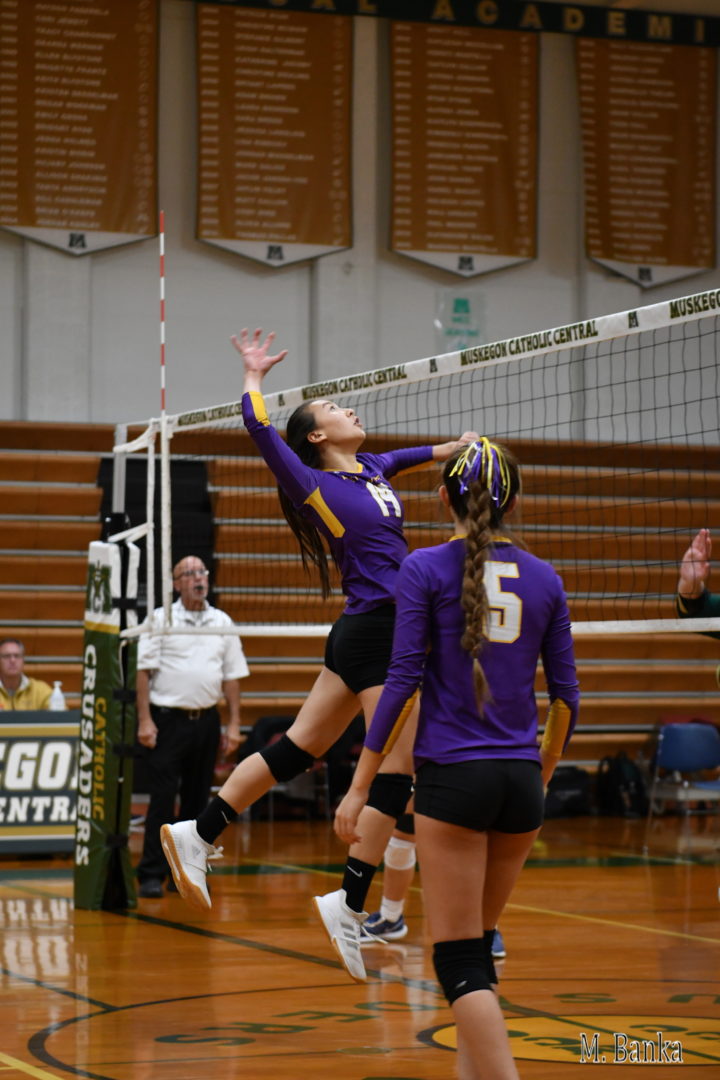 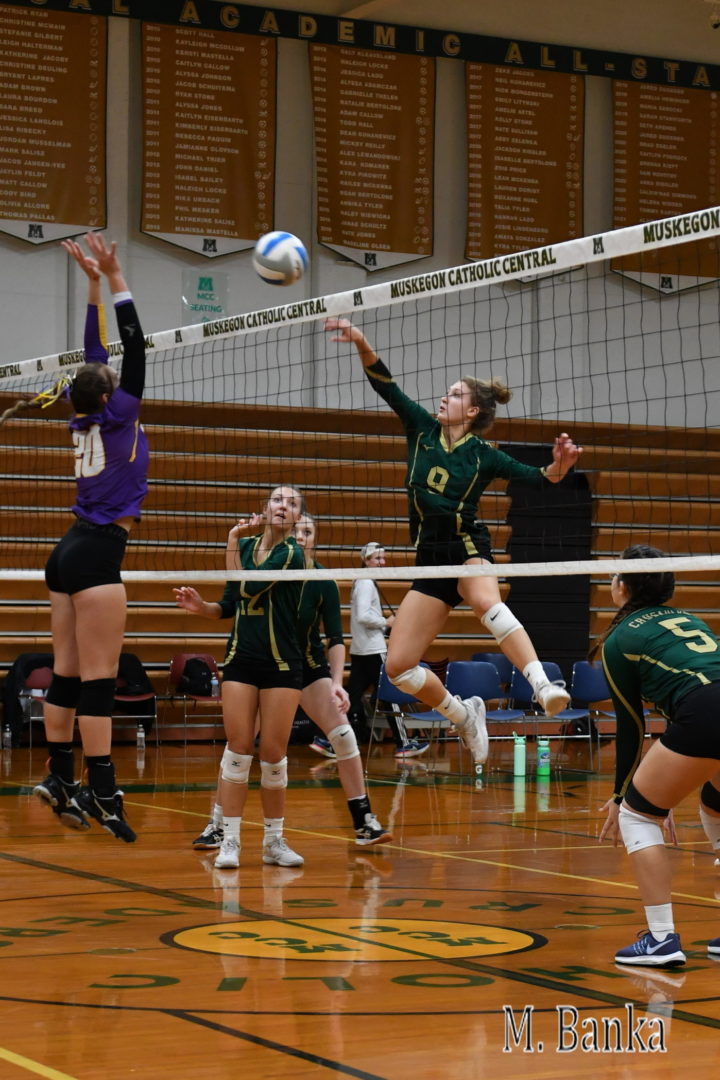 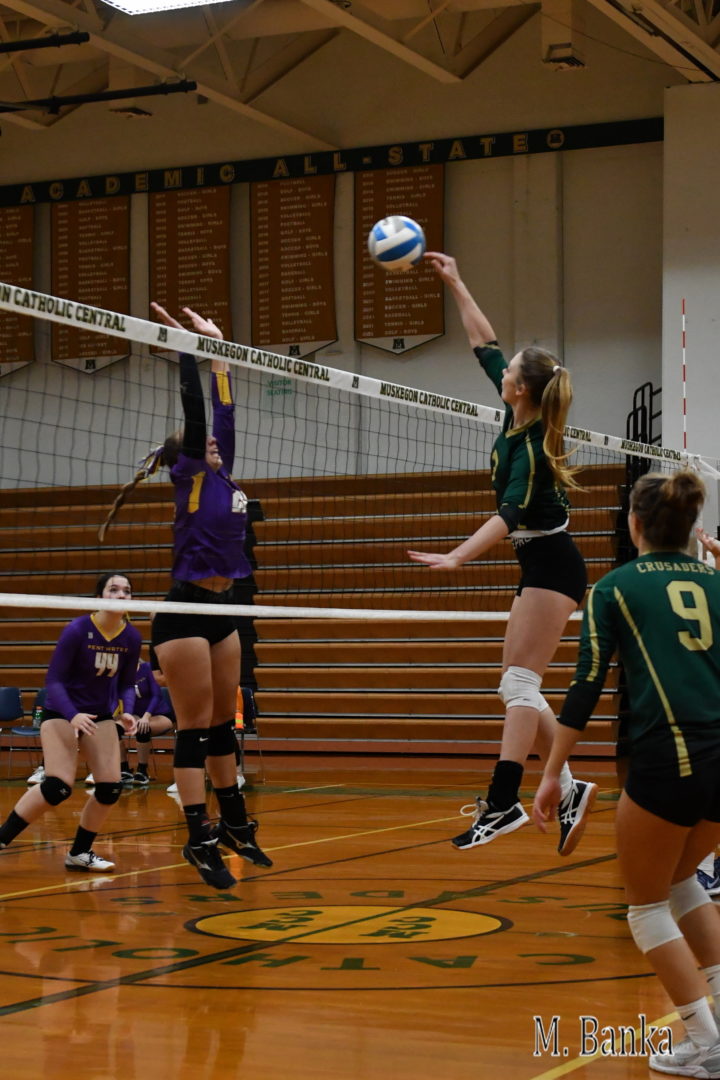 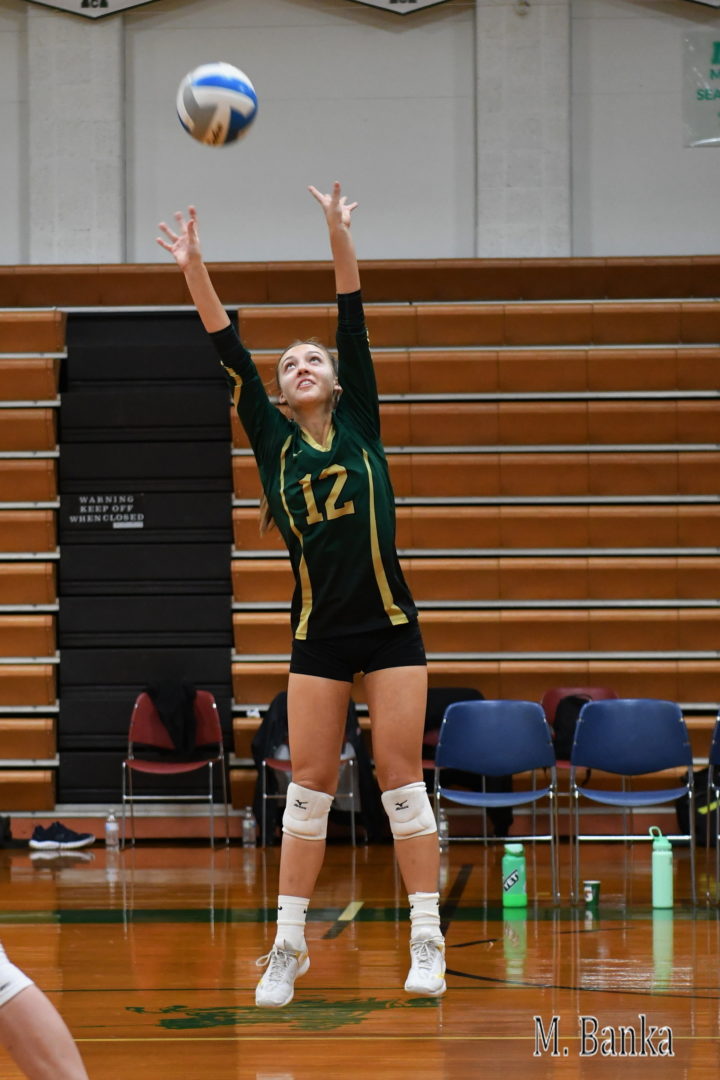