In fact, she was still playing basketball at Hope College at the age of 21 when she got started. 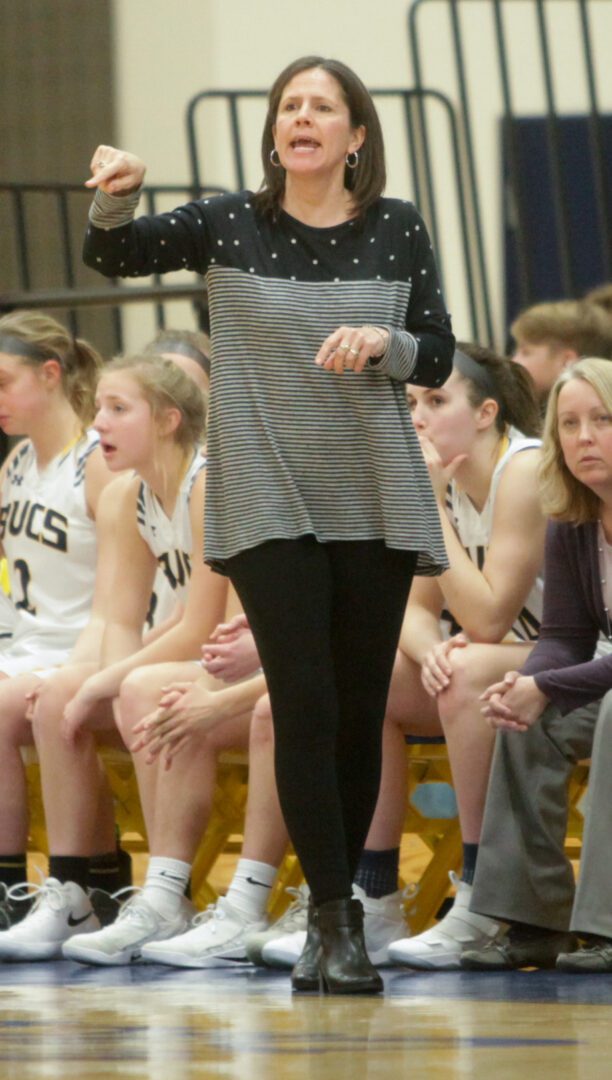 She is now in her 30th year coaching, starting her 24th season as the varsity girls basketball coach at Grand Haven. It’s her 27th year as a varsity coach.

“Obviously, I grew up playing sports and loved sports,” Kowalczk-Fulmer said. “I went into teaching. Teaching and coaching tend to go hand-in-hand. It’s kind of my passion. I love the game of basketball.

“I enjoy the kids and the relationships you enjoy along the way. I can’t imagine ever not coaching. I’ve never known anything different since I was 21.”

Kowalczyk-Fulmer started coaching a seventh-grade team at Caledonia when she was a senior women’s basketball player at Hope College. That meant a commute from Holland to Caledonia.

Then she was an assistant coach at Caledonia for a year, which was followed by another year at Hastings before taking over as the head coach at Hastings in 1995.

According to records kept by the Michigan High School Athletic Association, Kowalczyk-Fulmer has accumulated a 374-220 career record as varsity coach and the number continues to grow.

Grand Haven has won eight district championships, six OK Red titles, four regionals and been to the Final Four three times. The highlight was winning back-to-back state titles in 2012-13. The Buccaneers lost to Detroit Renaissance by one point in the 2011 state semifinal.

During that stretch, the Buccaneers posted a record of 81-2. In 2011, Grand Haven was 26-0 going into the semifinal. The next year, the Buccaneers were 27-1 and finished 28-0 the following year.

“It was a really good group and fun to coach,” Kowalczyk-Fulmer said.

“Championships, trophies and everything is awesome,” she said. “But, it sometimes goes in cycles. I still love it. It’s not always about the wins and losses. 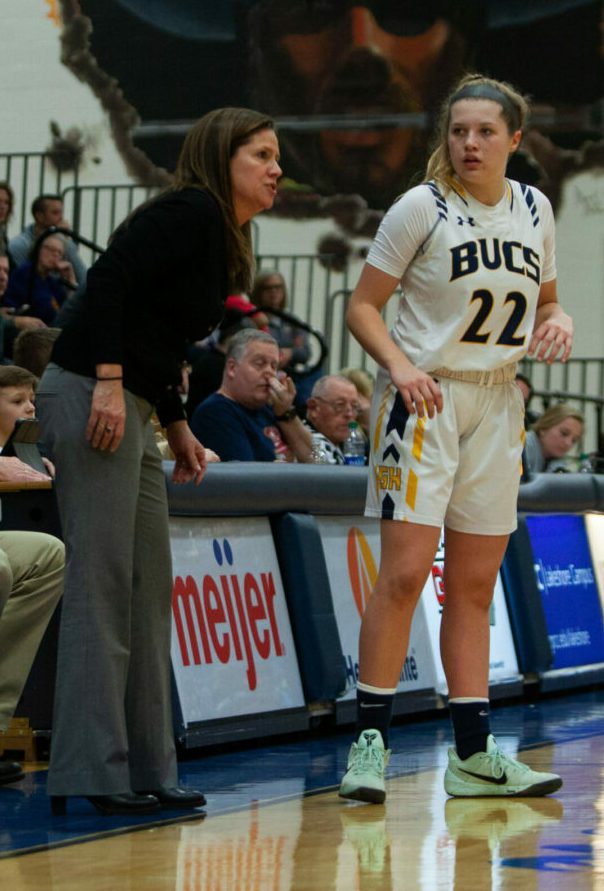 “Coach K” gives instruction on the side during last season’s action.

“I have a really good group of girls this year and we won’t win a state championship … I don’t think. I still love these kids this year just as much as I loved those girls in 2012 and 13.

“That’s really why you do it. Our record wasn’t very good last year. But, I’m kind of a lifer. I’m not going to get out just because we don’t have a good record. That’s not what it’s all about.

She still hopes for championships, but just stepping onto the court is meaningful to her.

“Obviously, you want the trophies every time you step on the court. It was pretty special. There’s a lot of coaches that coach for 40 years and never get that chance. Probably there’s always a little bit of luck involved.”

Her husband, Paul Fulmer, is retired and a stay-at-home dad. Her son, Drew, is 10, and a basketball player.

“I was never able to have a daughter, but during basketball season those kids are like daughters,” Kowlczyk-Fulmer said.

Kowalczyk-Fulmer has 29 years into teaching and could retire next year if she chooses.

But, she doesn’t know why she would.

She still loves her teaching job and her coaching job. 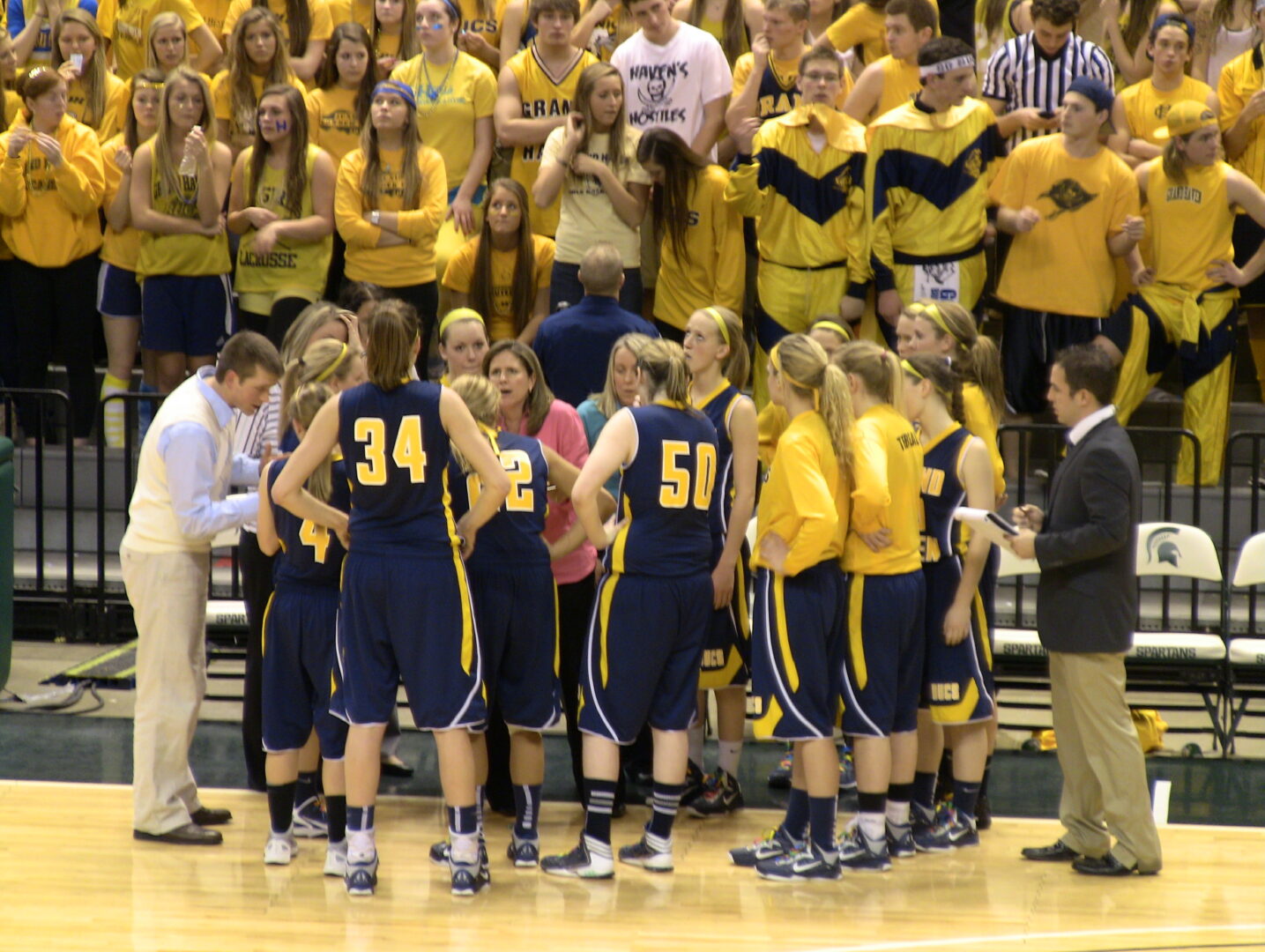 Kowalczk-Fulmer talks with her team during the 2012 semifinals at Michigan State University. 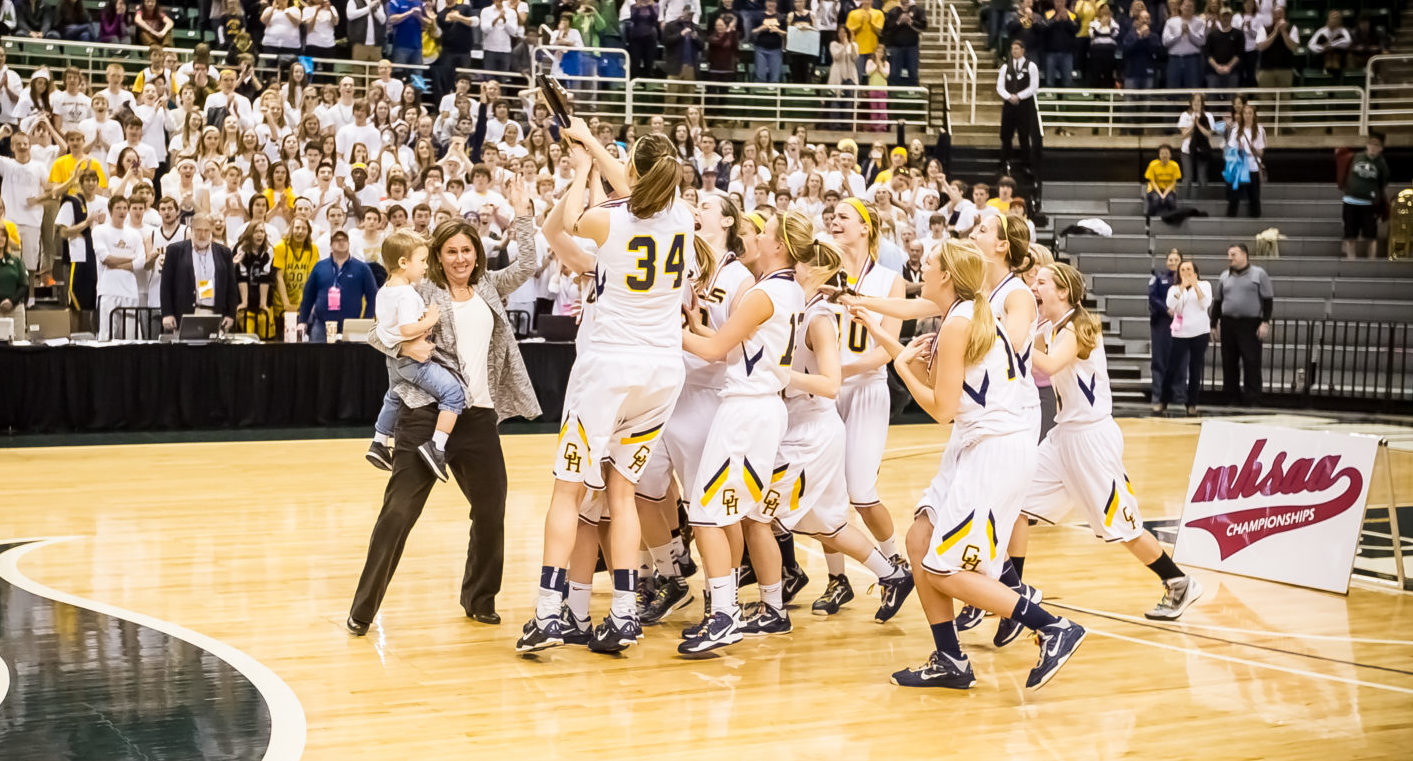