Manistee scored the first field goal of the game, and took a 2-0 lead in its non-conference girls basketball game against Shelby on Tuesday night in the first game of a doubleheader in Shelby.

That might have been the first shot, but the Tigers blistered the Chippewas the rest of the way in rolling to a 51-20 victory to snap a two-game losing streak and improve their record to 4-3 heading into the Christmas break.

Manistee lost its sixth straight game to start the season, and continues to struggle on offense. Shelby’s defense was in no mood to give the Chippewas a break, either. 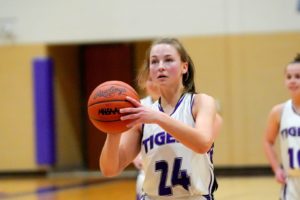 There were two lead changes, and the game was tied once. Manistee’s largest lead was two points.

After trailing, 2-0 right off the bat, the Tigers proceeded to eight straight points, with Lauren Brown doing the handiwork, scoring off two offensive putbacks.

But the Chippewas scrapped back, narrowing the gap to three points, 8-5. Shelby managed to open up a five-point lead, 14-9 to end the first quarter.

Shelby ended any question about the outcome when it opened up a 12-point lead, 23-11 at the half with a 9-2 scoring advantage in the second period. The Tigers led, 38-18 after three.

Lauren Brown paced the Tigers with 16 points on 8 of 12 shooting from the field. She also had five rebounds, three assists and three steals.

Kendall Zoulek also scored in double figures with 13 points and had five rebounds and led the Tigers with five assists and eight steals. Molli Schultz added 11 points and two steals. 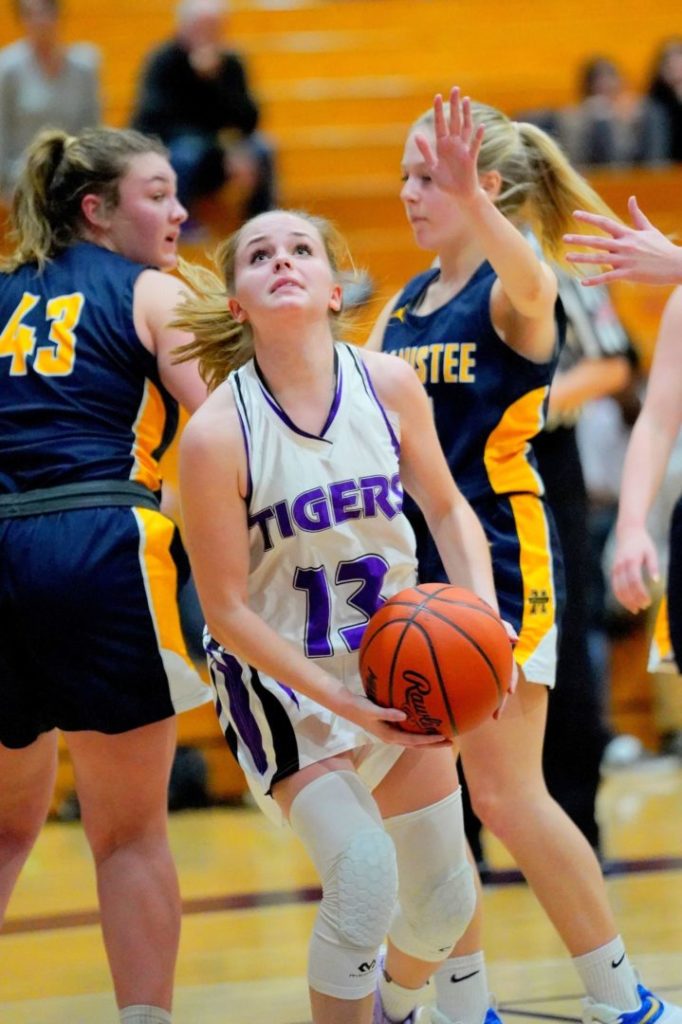