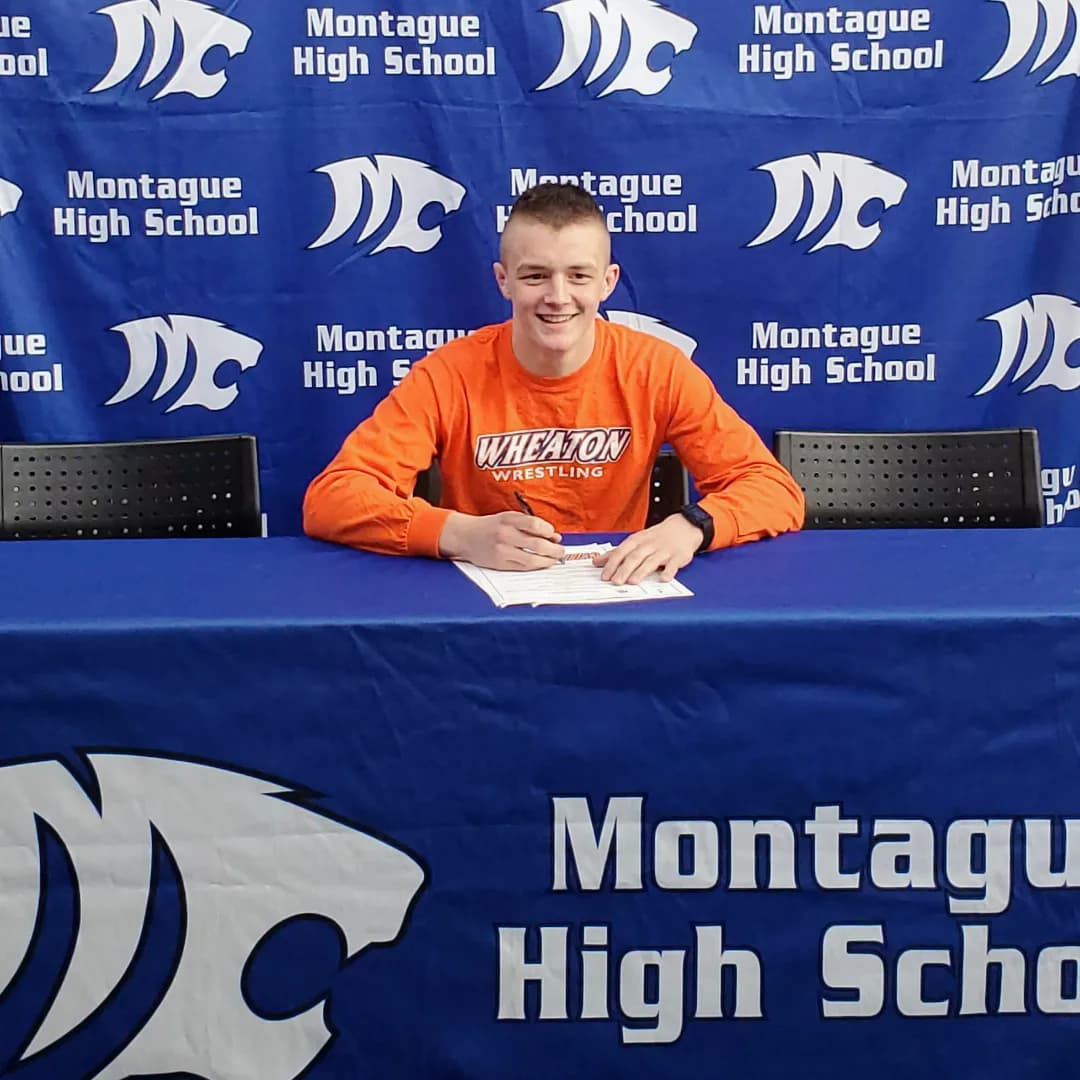 MONTAGUE—Montague senior Cale Coppess has signed his national letter of intent and will be joining the wrestling team at Wheaton College in Wheaton, Illinois next fall.

Coppess owns the all-time record for wrestling victories at Montague with a career 171-22 mark.

Coppess also is an academic all-stater.

Outside of wrestling, Coppess also was a three-time state qualifier in cross country.

“He’s a one-of-a-kind, all-around student athlete,” Montague coach Kris Maddox said. “He leaves a legacy behind. He is a true example of a student-athlete who showed what hard work and determination can do.”

Coppess currently has a 4.29 GPA at Montague High School and will major in Business Administration at Wheaton.

Cale is the son of Chad and Tricia Coppess.

“Cale will be a great addition to the Wheaton wrestling team. He checks all the boxes as a Christian, a quality wrestler, and a great student,” said Wheaton head wrestling coach Jim Gruenwald.

“We are looking forward to him being an immediate impact wrestler, and we believe he will make a quick transition to the college level. This is a win-win ,” Gruenwald says.

“Cale will be in an environment where he will grow as an athlete, student, and Christian who will also provide an attitude, ability, and work ethic that will improve the Wheaton wreslting team.”

The Thunder are a Division III college that is a member of the CCIW conference (College Conference of Illinois and Wisconsin). 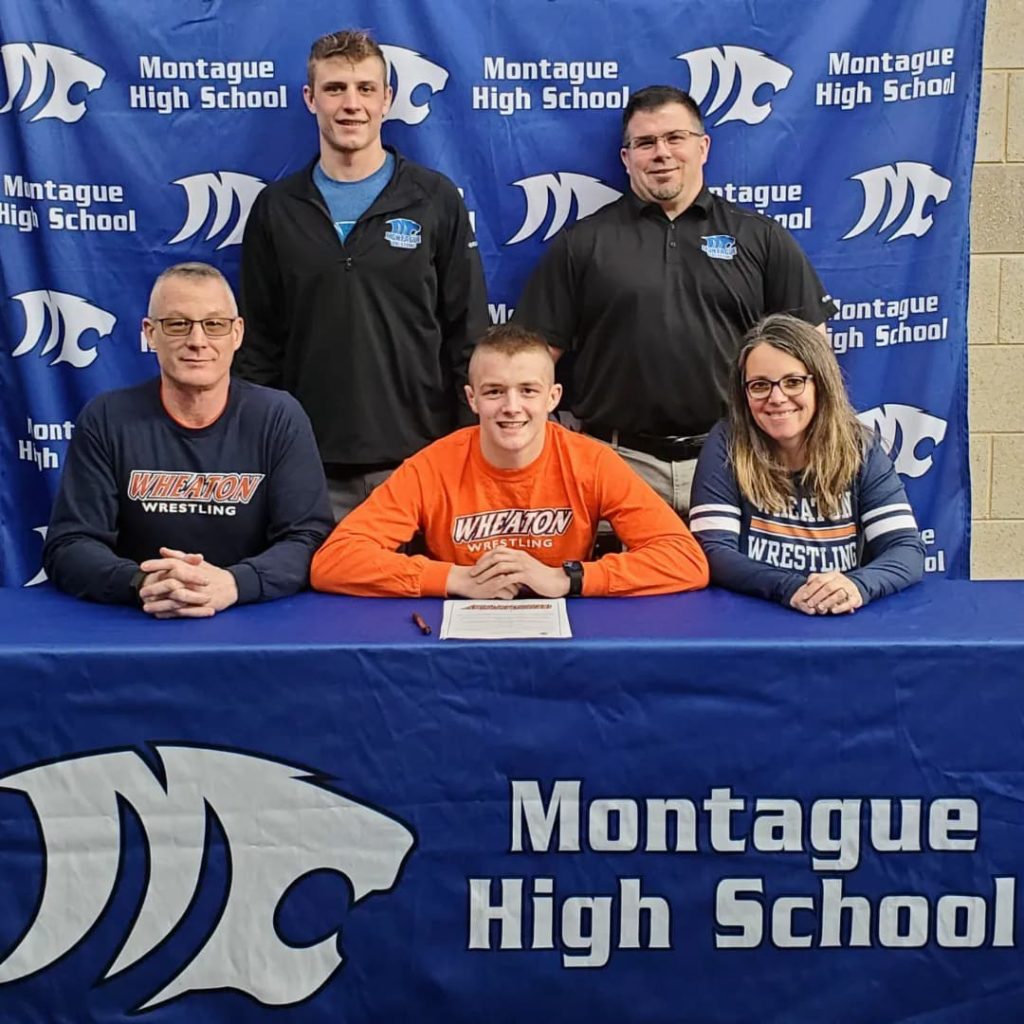 Sometimes the warriors on the field are also real life warriors