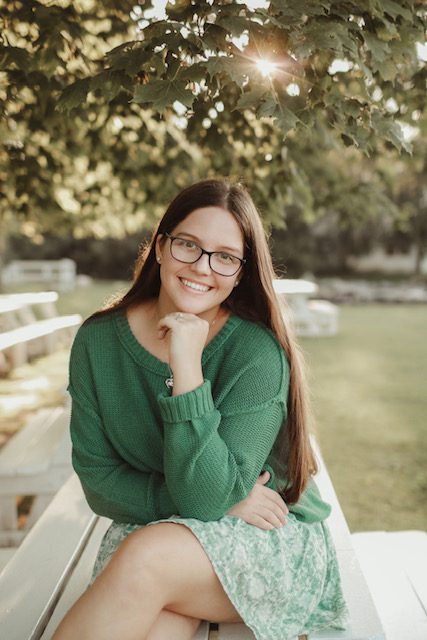 The scholarship fund was established in memory of Dan Homan to award scholarships to deserving graduates of Hesperia High School.

The legendary hall of fame coach from Hesperia passed away back on June 23, 2021. Homan was a Hesperia native and Panther graduate. He went on to teach science for more than 30 years in Hesperia.

According to Hesperia athletic director Tony Grimard, Joppich was an unanimous choice by the Hesperia coaching staff to receive the award.

“I have watched Emma play since Youth sports,” Grimard said. “Emma is a fierce competitor with a drive to excel. She works hard to succeed both in and out of the classroom.”

Joppich was Hesperia’s 2022 Showcase Female Athlete of the Year. She was Academic All State in Volleyball. She played 4 years of softball, basketball and volleyball for the Panthers.

“Winning the Dan and Eileen Homan scholarship meant a lot for me to win because of the legacy of Mr. Homan as a teacher and coach at Hesperia schools,” Joppich said. “I am very close with the Homan family, as well as the rest of Hesperia, it meant a lot to me to win the scholarship competing against many other students. The scholarship will help me pay for college in the upcoming future.”

Hours and hours of hard work in all three of her spots gave her a leg up for the award.

“The honor to win female athlete of the year at Hesperia meant a lot because I have put so many hours and dedication into all three sports I have played there,” Joppich said. “I have worked very hard, but also have worked hard amongst some of my close friends and competed with them in sports, so it was nice to know my hard work paid off.

Joppich excelled in sports and in the classroom as she also is an honors student.

“I have had teammates and coaches that make practices and games worth going to,” she said. “I have had the pleasure of having several different teams and coaches throughout the years and each of them have been special to me in their own ways and I will carry their memories with me forever.”

Joppich, who has a 3.97 grade-point-average has enrolled at Ferris State University and will major in Radiology.

Emma is the daughter of Matt and Deanna Joppich.