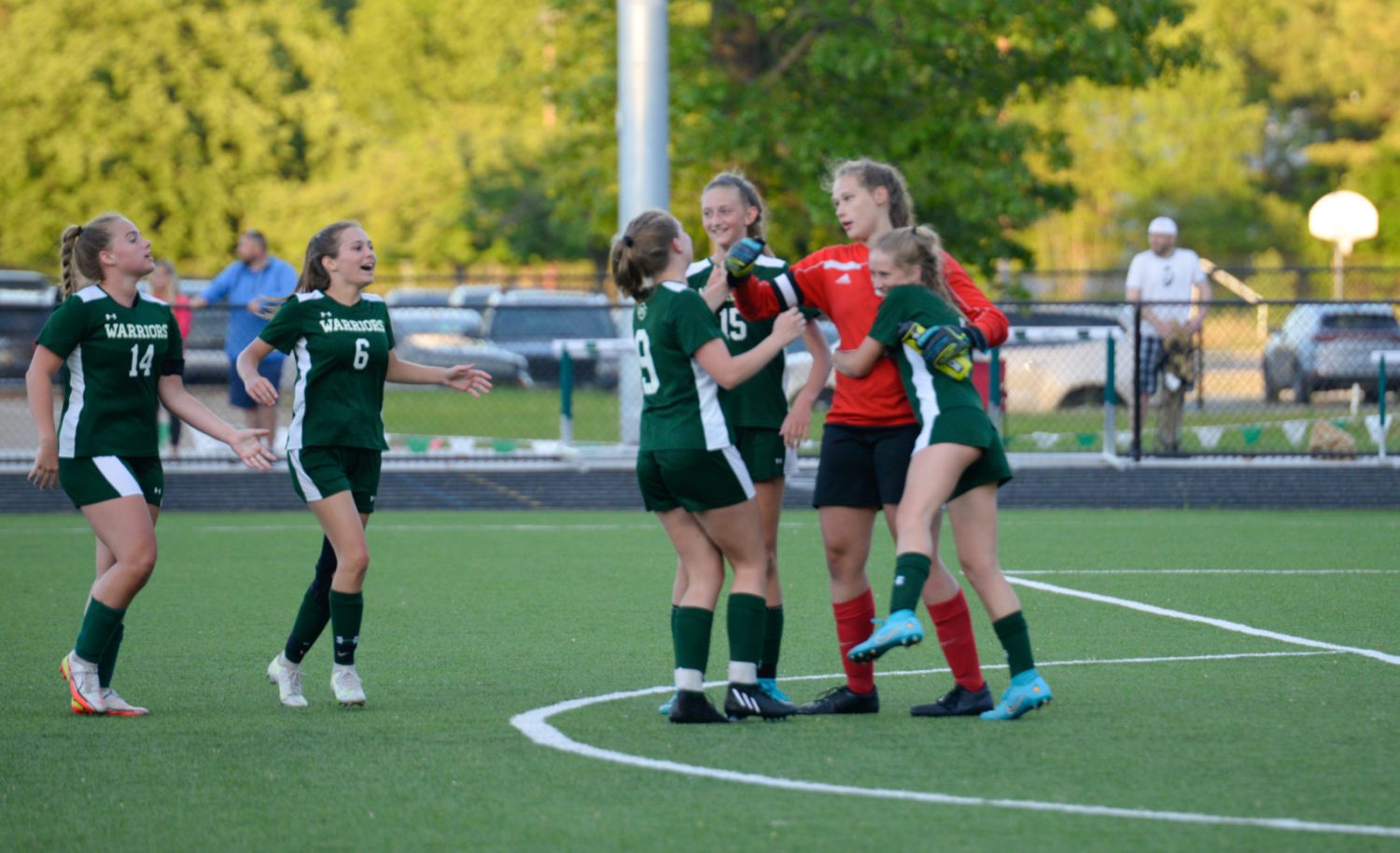 Sophomore Brooklyn Watts netted the game’s only goal on a perfectly placed pass from junior Emily Matz just three minutes into the game.

The Warriors relied on a strong performance by goalkeeper Libby Mast who posted eight saves in the shutout. Mast made three crucial saves late in the game to hold off the Crusaders.

The Warriors outshot the Crusaders 12-8.

Western Michigan Christian (9-6-5) advances to host to the defending state champion North Muskegon on Friday for the Division 4 district championship.

Muskegon Catholic Central closes out the season with a record of 8-9-2.

Check out photos from the Warriors’ win on Wednesday. 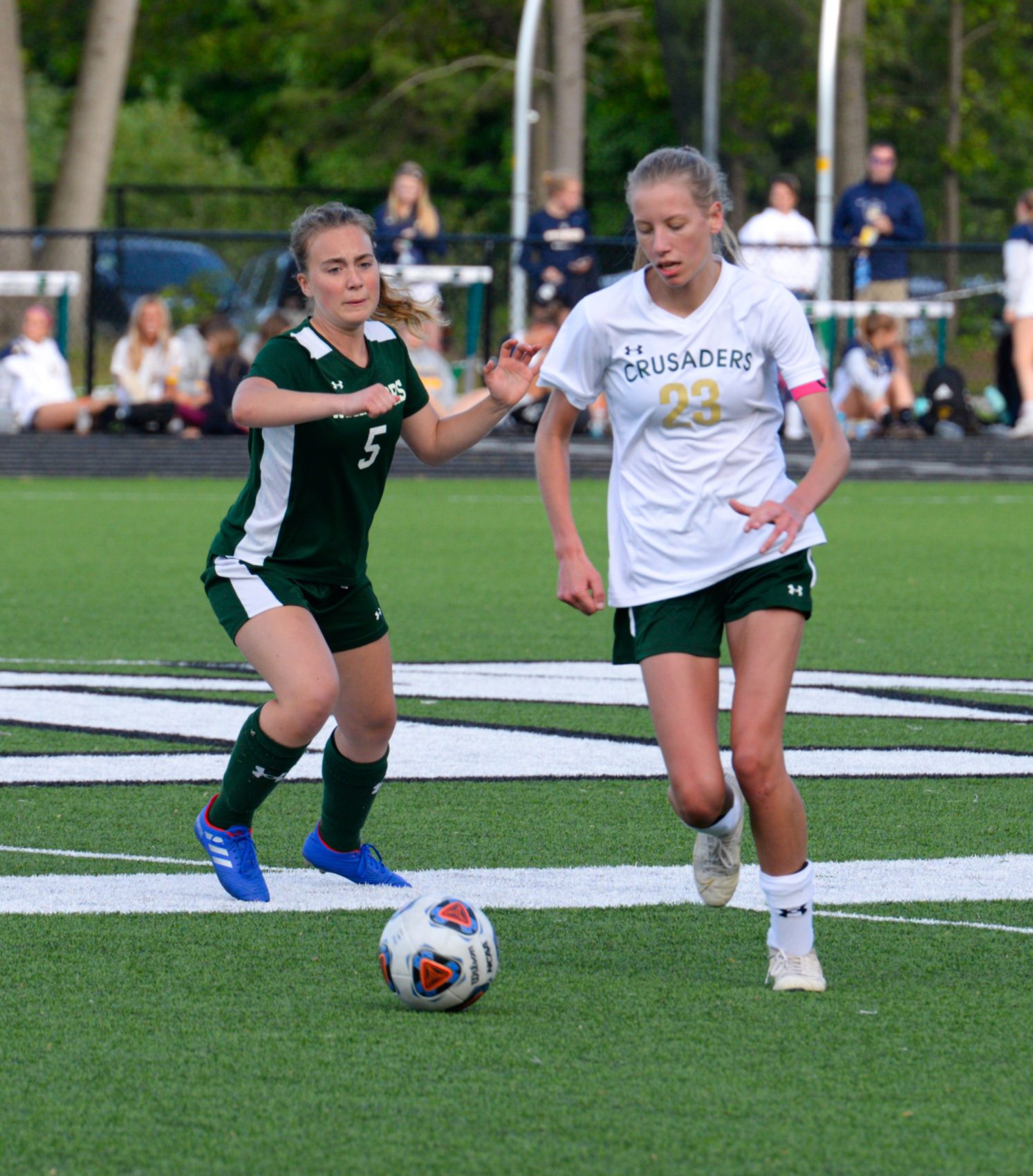 McKenna Genry manages the ball in front of Hallie Lindale. 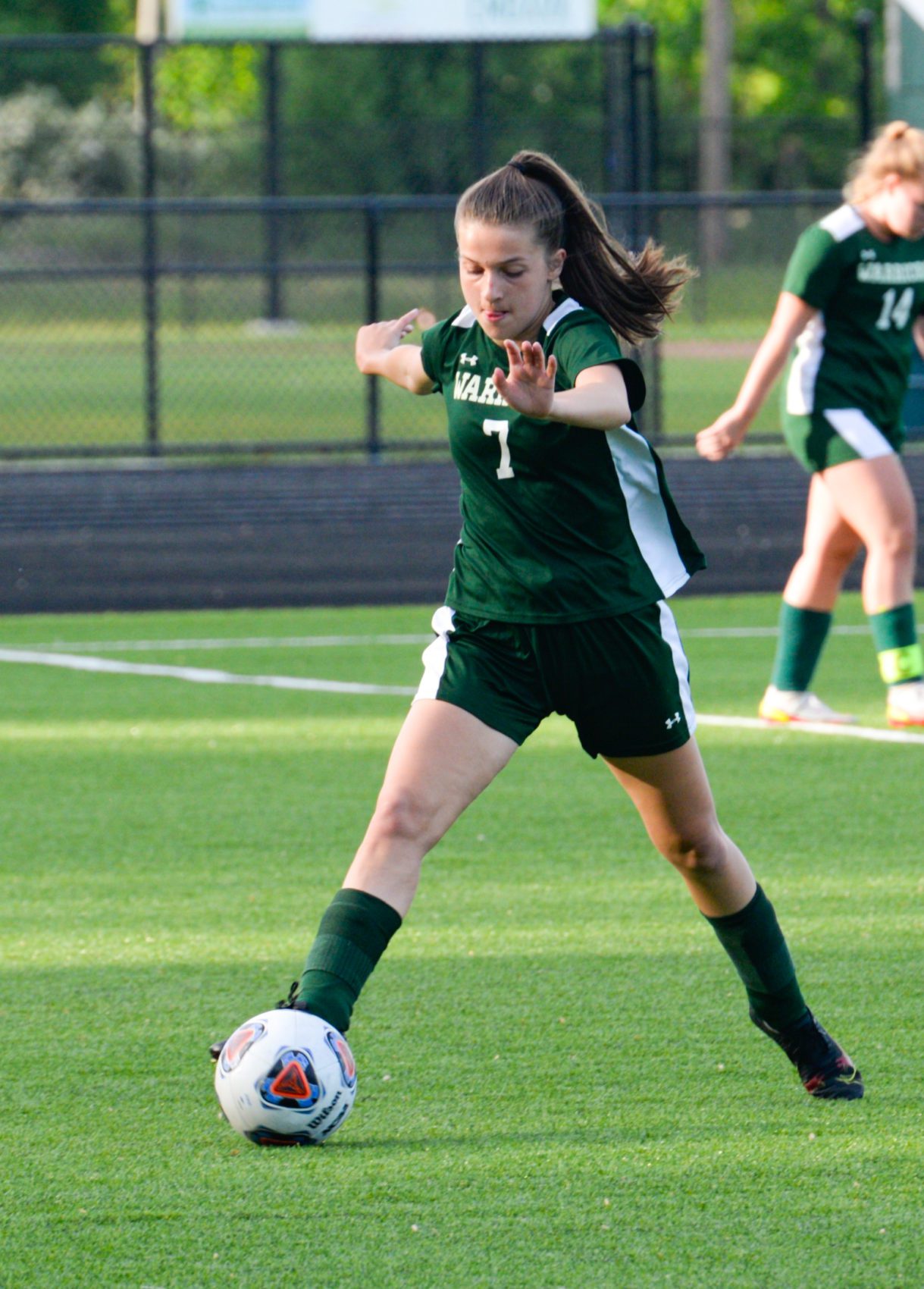 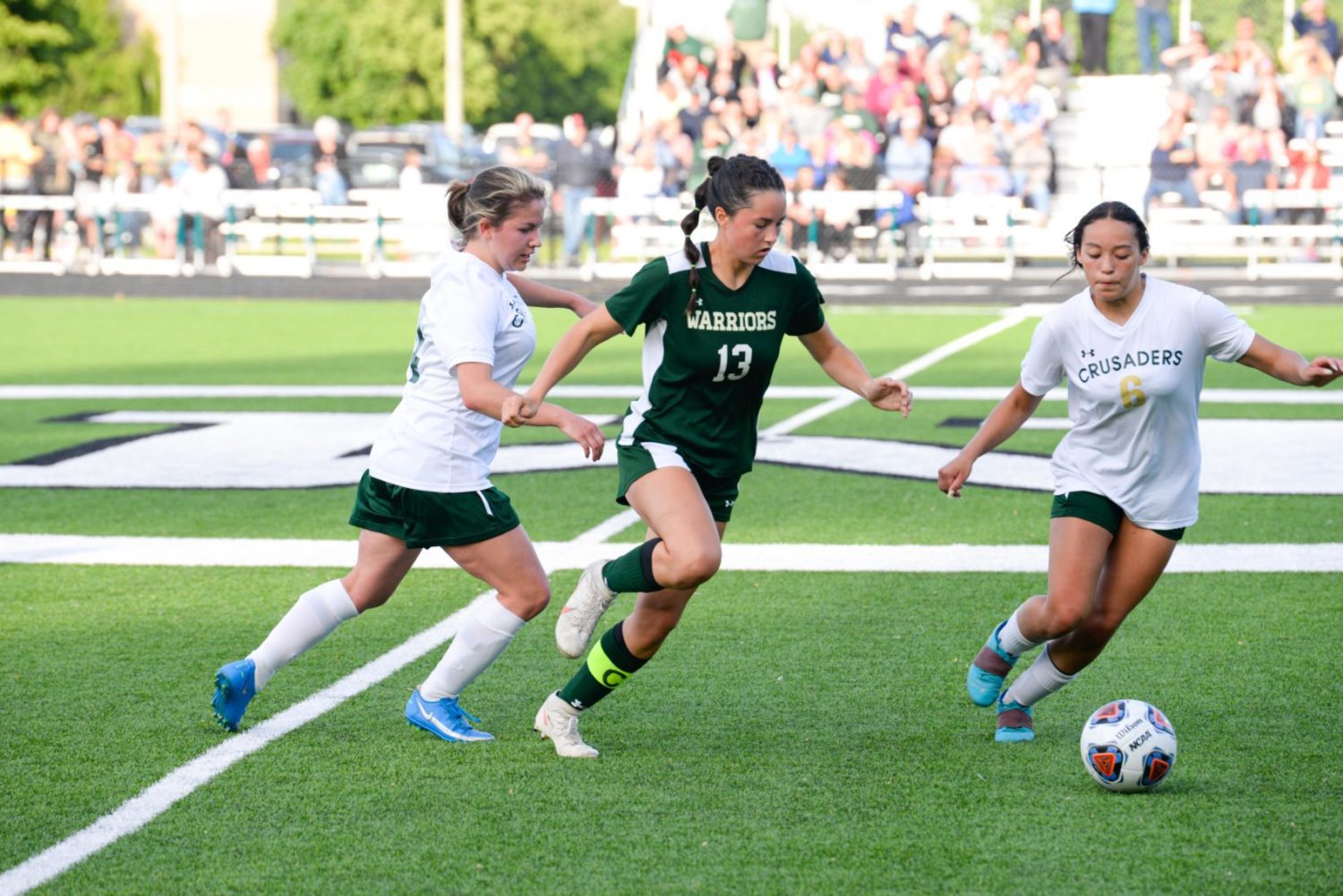 Brooklyn Watts fights for the ball against MCC’s No. 6 Daeja Hill and Carolyn Ladd. 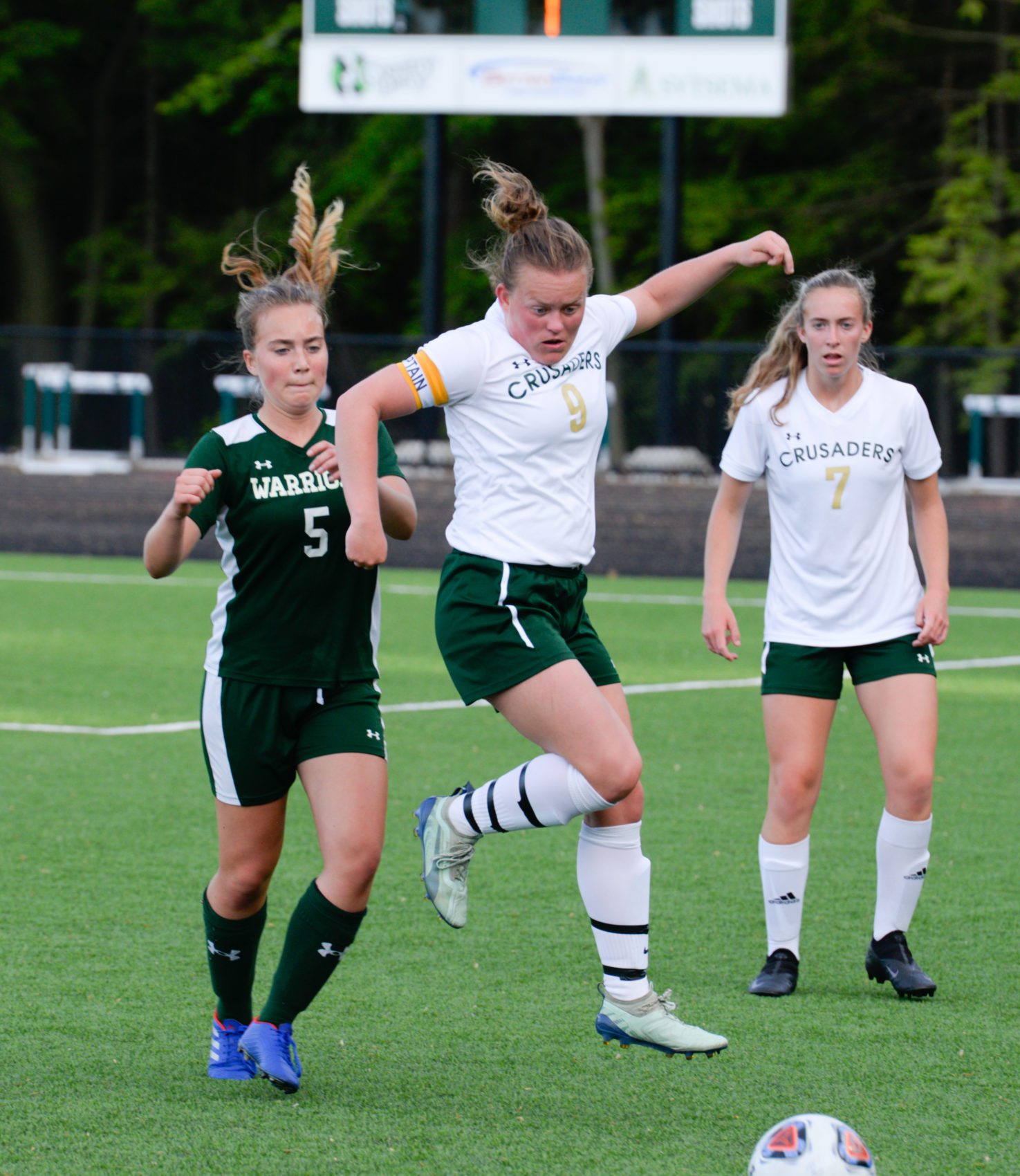 MCC’s No. 9 Audrey May gets in front of No. 5Hallie LIndale and teammate No. 7 Julia Drier. 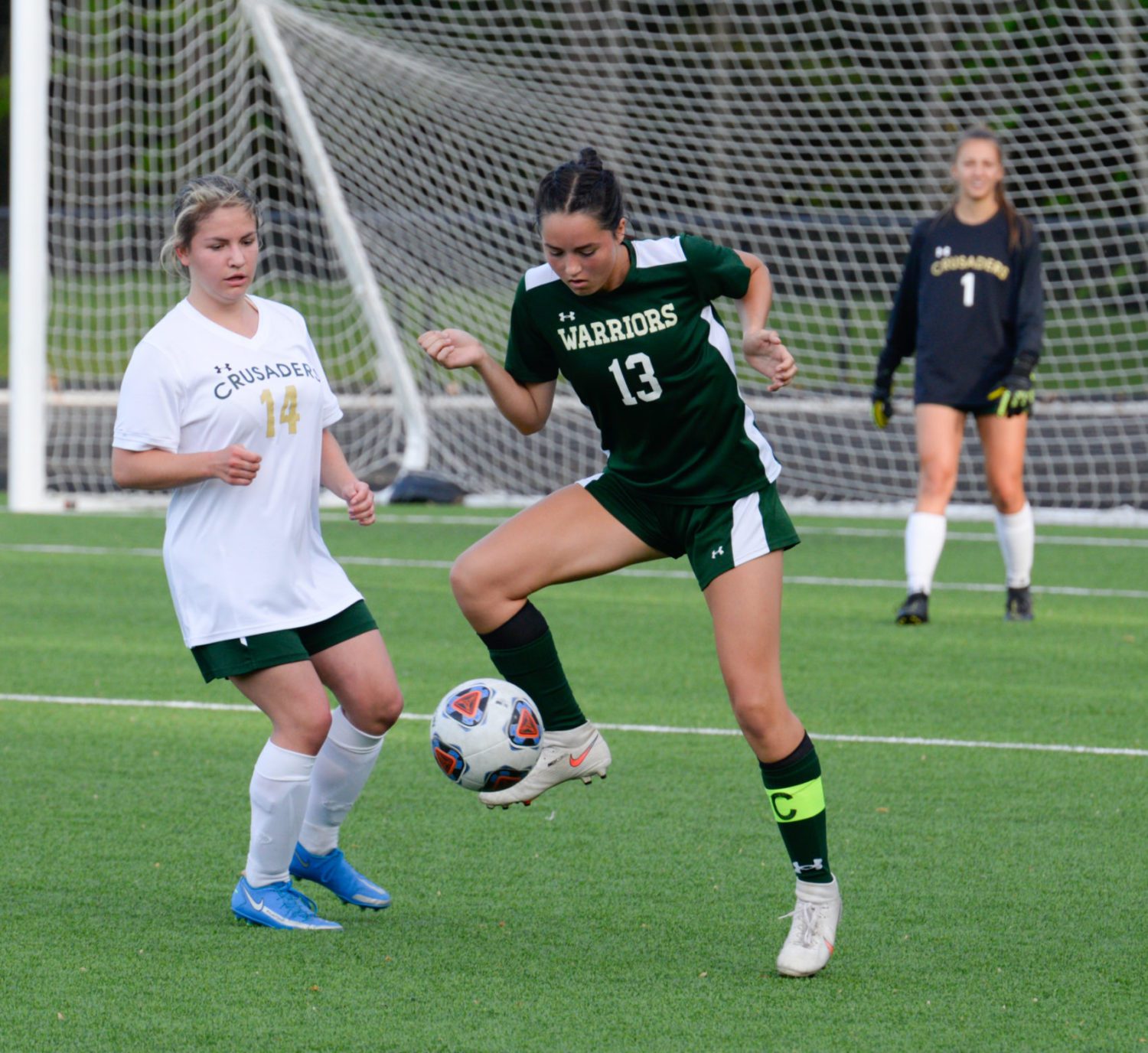 Brooklyn Watts controls near MCC net with No. 14 Catherine Cone trying to defend. 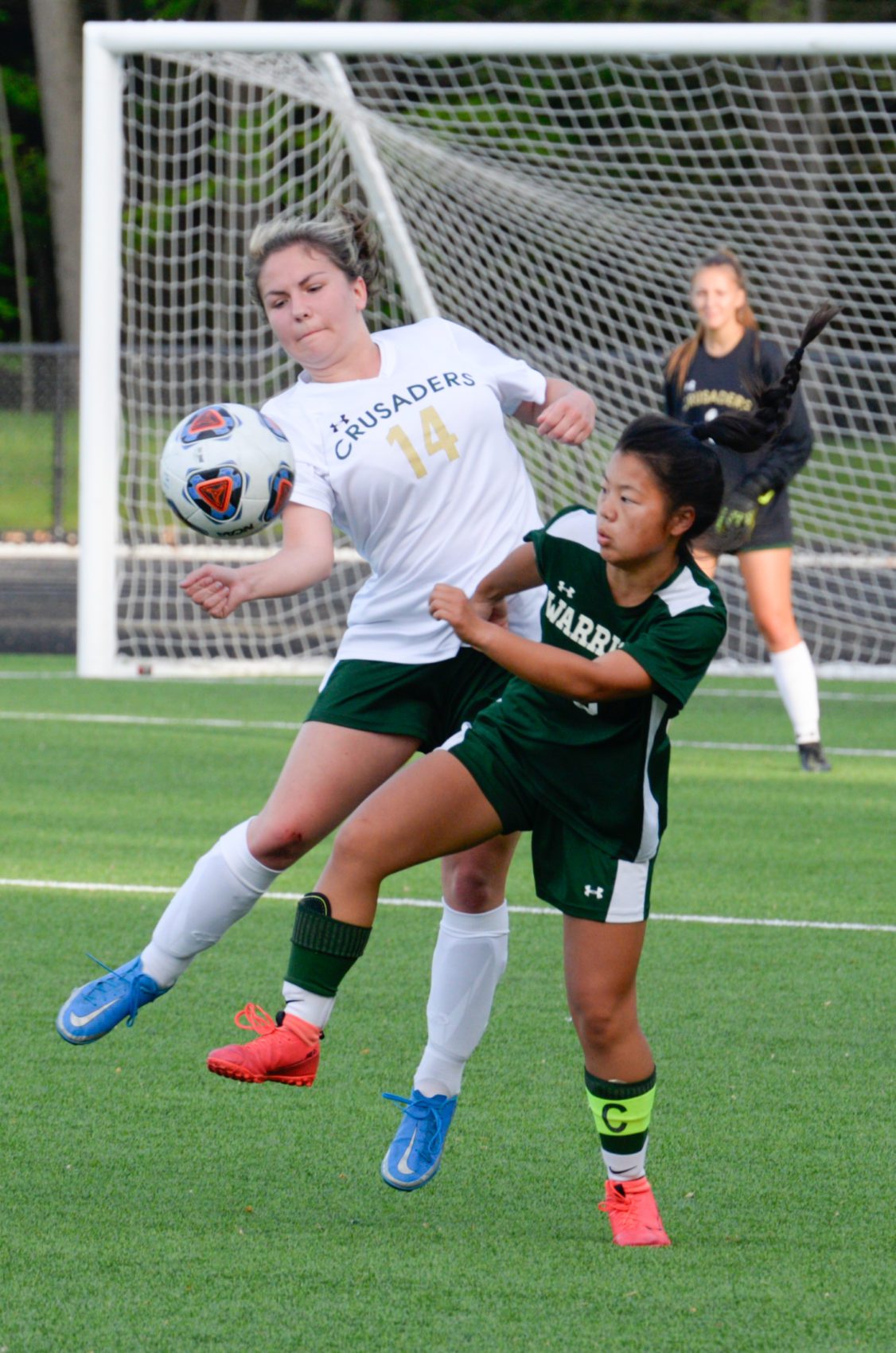 Grace Sytsema fights for the possession against MCC’s No. 14 Catherine Cone. 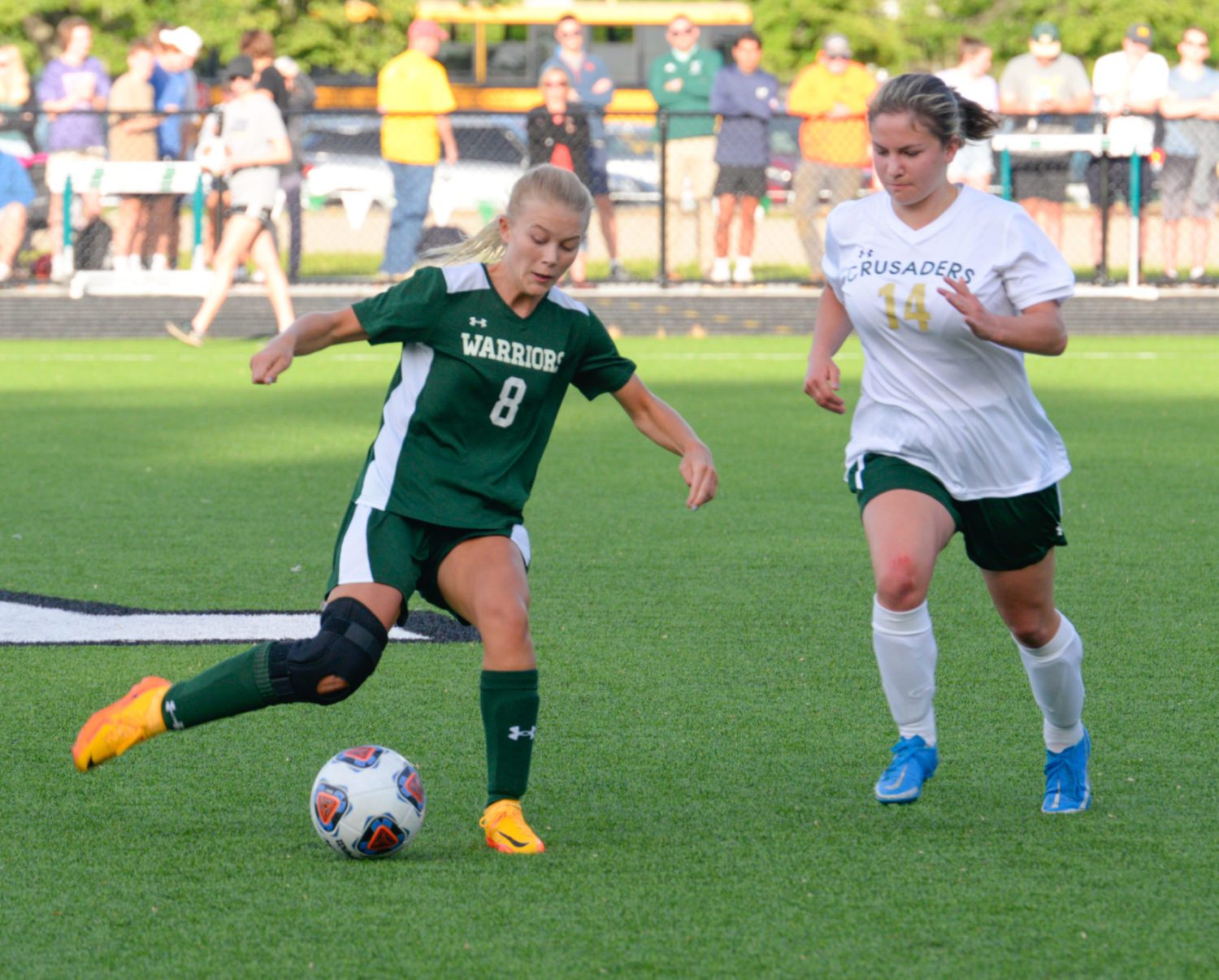 Sydney Betten gets ready to pass the ball for WMC. 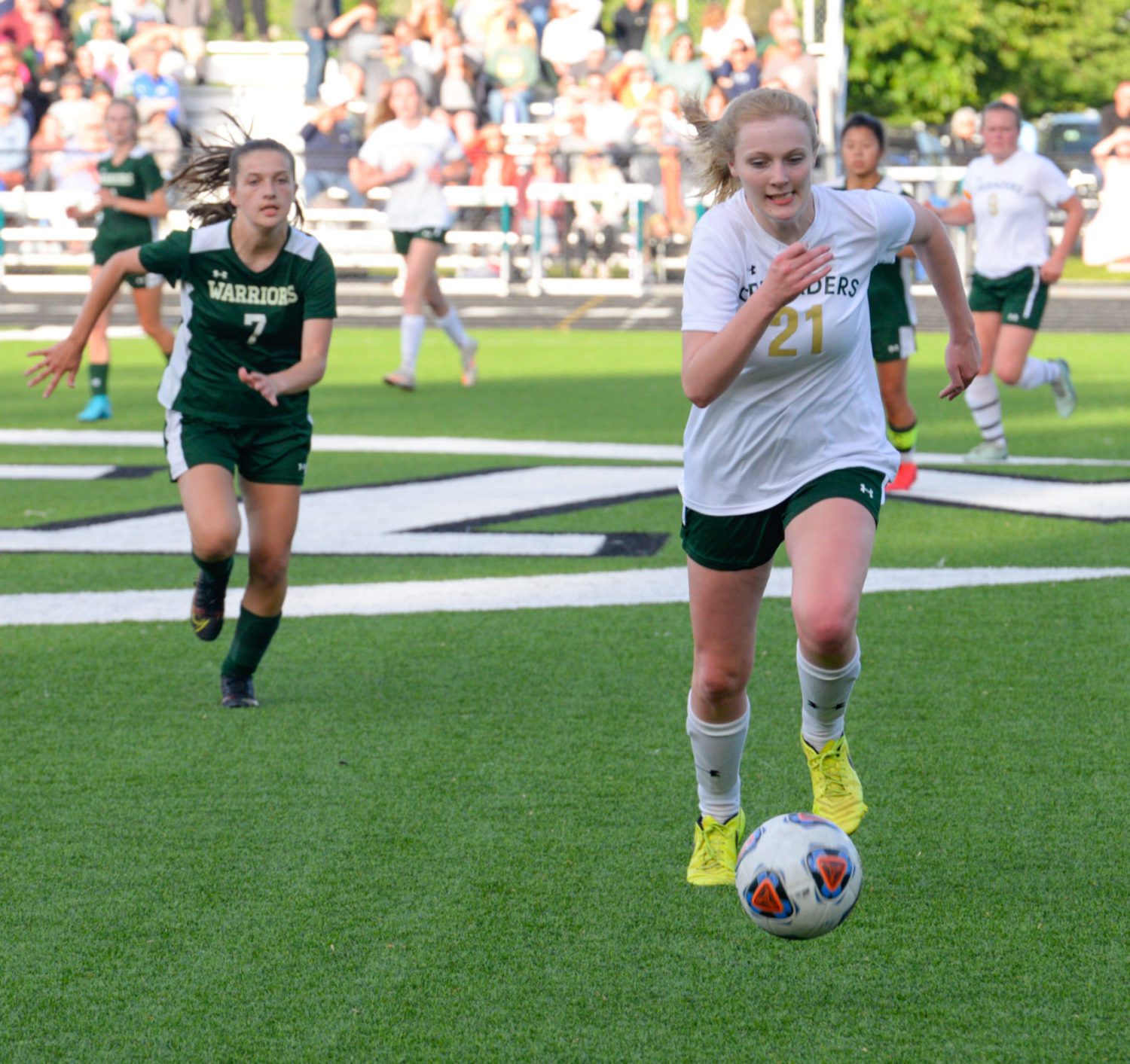 MCC’s No. 21 Rebecca Hentschel chases down the ball in front of Kayla Balder. 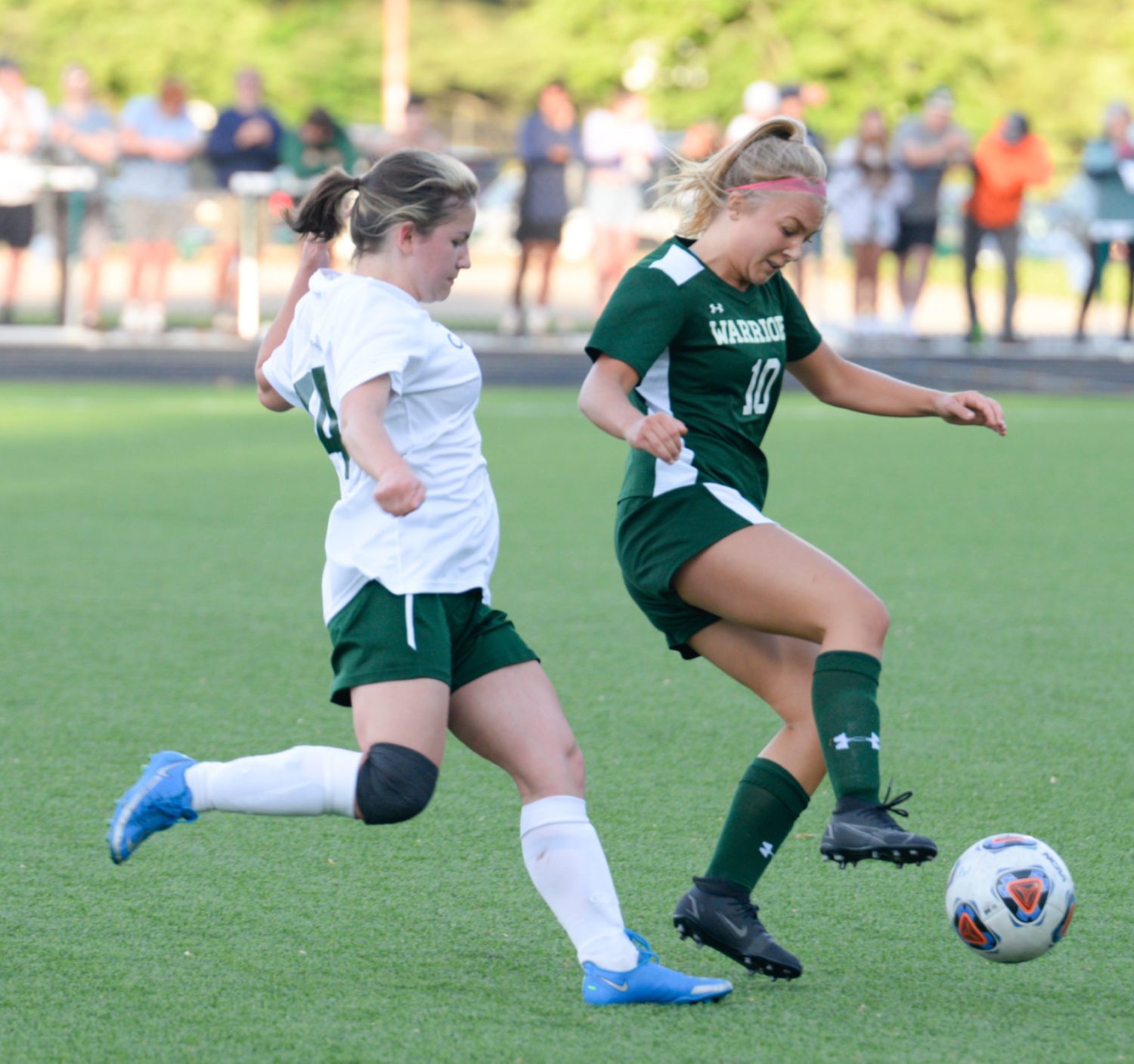 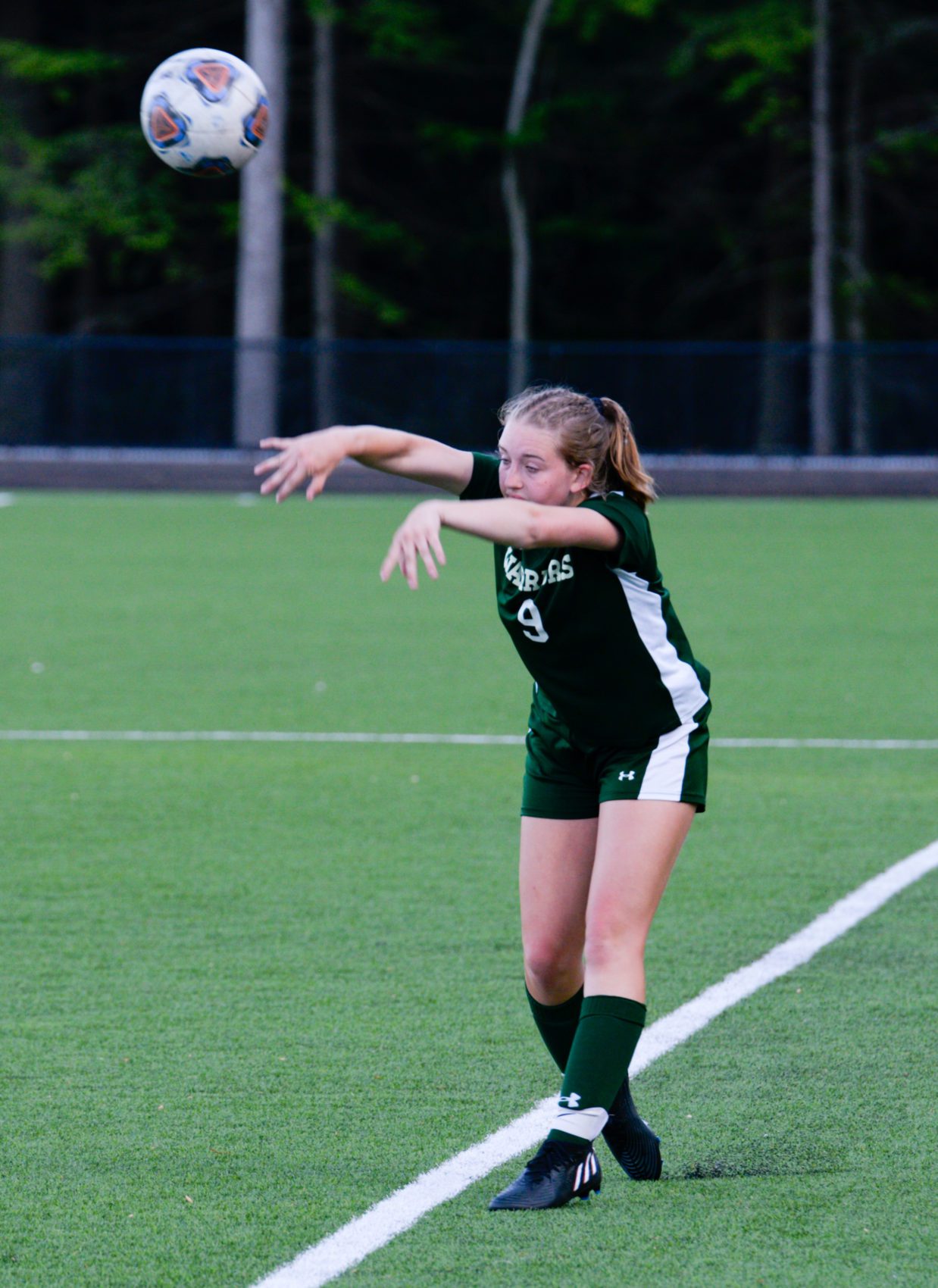 Emily Matz throws in for WMC. 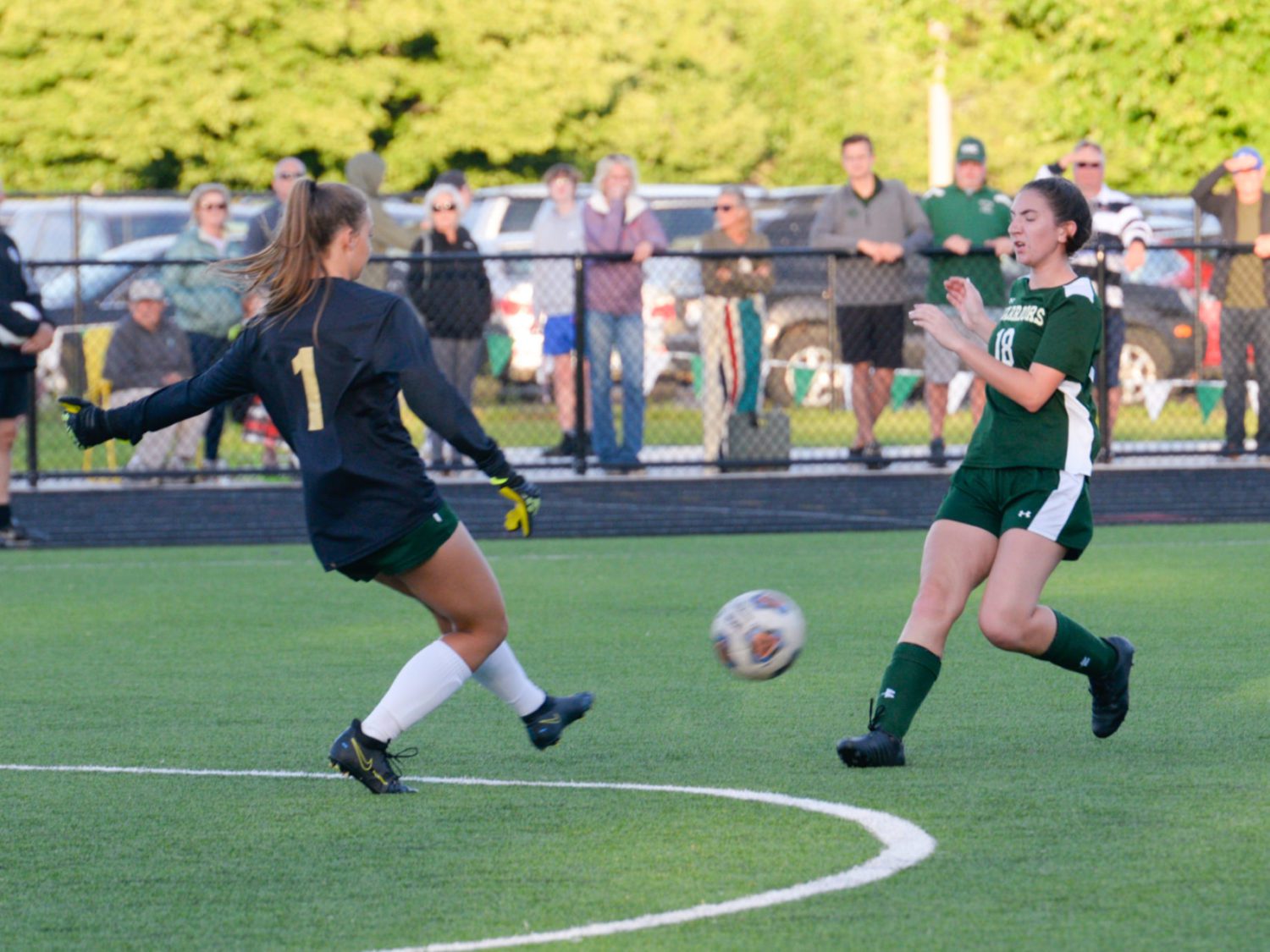 Claire LaVinge gets the kick off in front of WMC’s Ally Oppenhuizen.