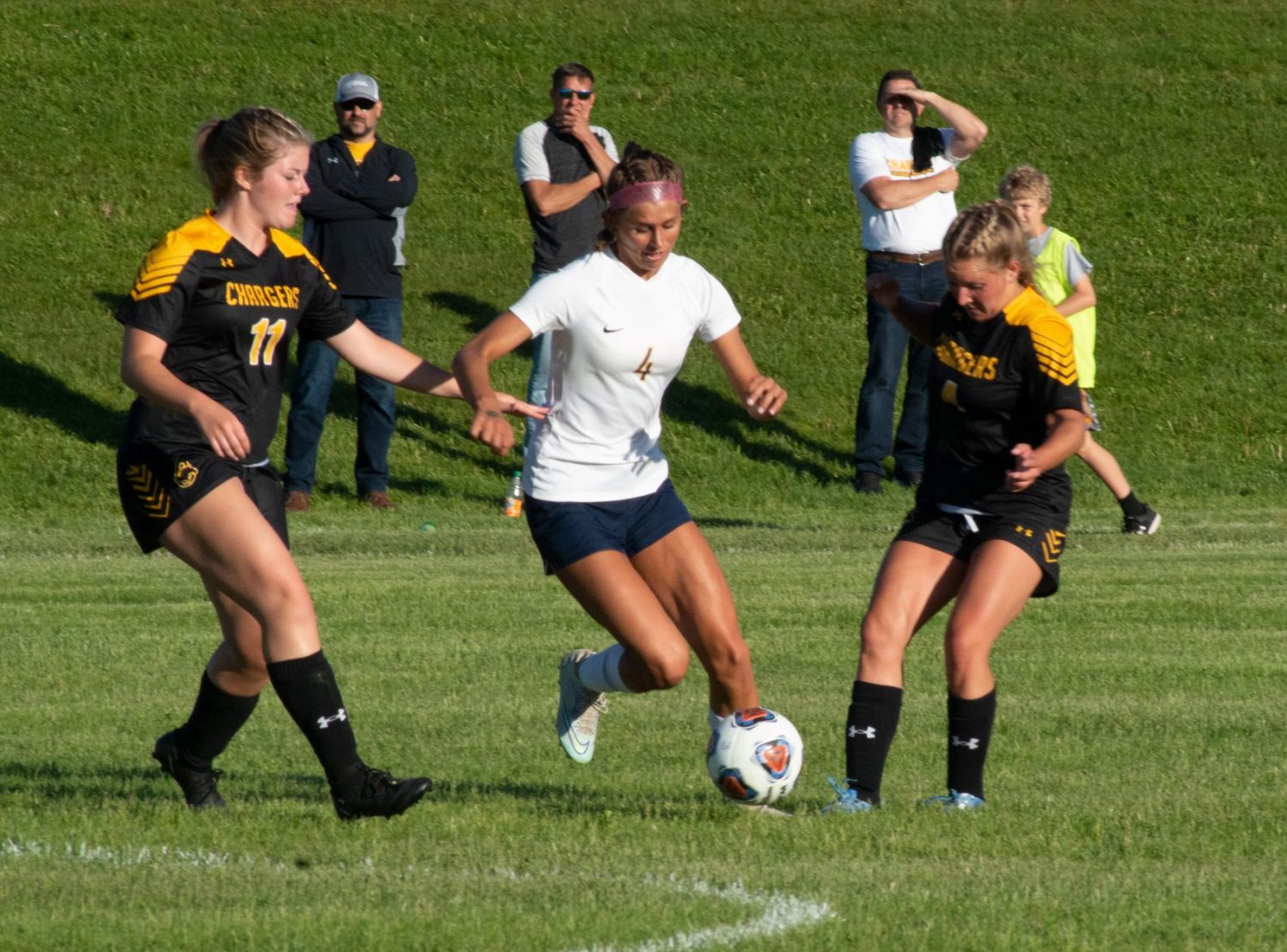 CADILLAC — After winning its first-ever state championship last year, the North Muskegon girls soccer team looked to take another step to a second straight title on Tuesday in the Division 4 regional semifinals at Cadillac.

The Norsemen punched their ticket to the regional finals at the CASA field with a rugged 2-0 victory over Grand Rapids Covenant Christian on a sun-bathed Tuesday evening.

“It was a battle,” said Norse head coach Caleb Parnin. “I have to immediately say our goalie (sophomore Emma Lamiman) played out of her mind tonight.

“I’ve never seen her do the things she did tonight, with stopping a PK (penalty kick) and a breakaway. Our hat’s off to the opponent. They played so well.”

North Muskegon struggled to get shots on frame throughout the first half and had several shots sail over the net or slither just past the posts on either side.

It took the Norse almost 30 minutes before they tallied what would prove to be the winning goal.

Junior forward Sam Johnson broke behind the Chargers defense and caught up with a long pass by junior Jaley Schultz and put a perfect shot with 17:24 left in the half.

“It’s usually not the right call for what we’re doing.”

While the Norse couldn’t find an opening in the Chargers’ defense the remainder of the first half, Covenant Christian found the North Muskegon defense just as difficult to penetrate.

The Norsemen owned a 1-0 lead at intermission.

Tht score remained through 38 minutes of the second half before sophomore Izze DeJonge dribbled the ball down the right side and fired a perfectly placed shot over Leah Dykstra, the Charger goalie.

The ball just evaded the leaping Dykstra, who appeared to be fooled on the play and was caught out of position. The shot got just below the cross bar.

The goal came with only 1:58 left in regulation and allowed the Norse to finally heave a big sigh of relief.

“We’re quite frankly, I think, a little surprised at how we came out tonight,” Parnin said. “Wanted a little more fire and the girls responded through that.

“Sometimes you don’t play your best game. That happens in soccer. We were able to eke out a win. But, goodness, we were stressing over here (the sidelines) for sure.”

Molly Stewart and Abby Martinez were solid on the back end, too.

Thursday’s regional title game is set for 6 p.m. in Cadillac. 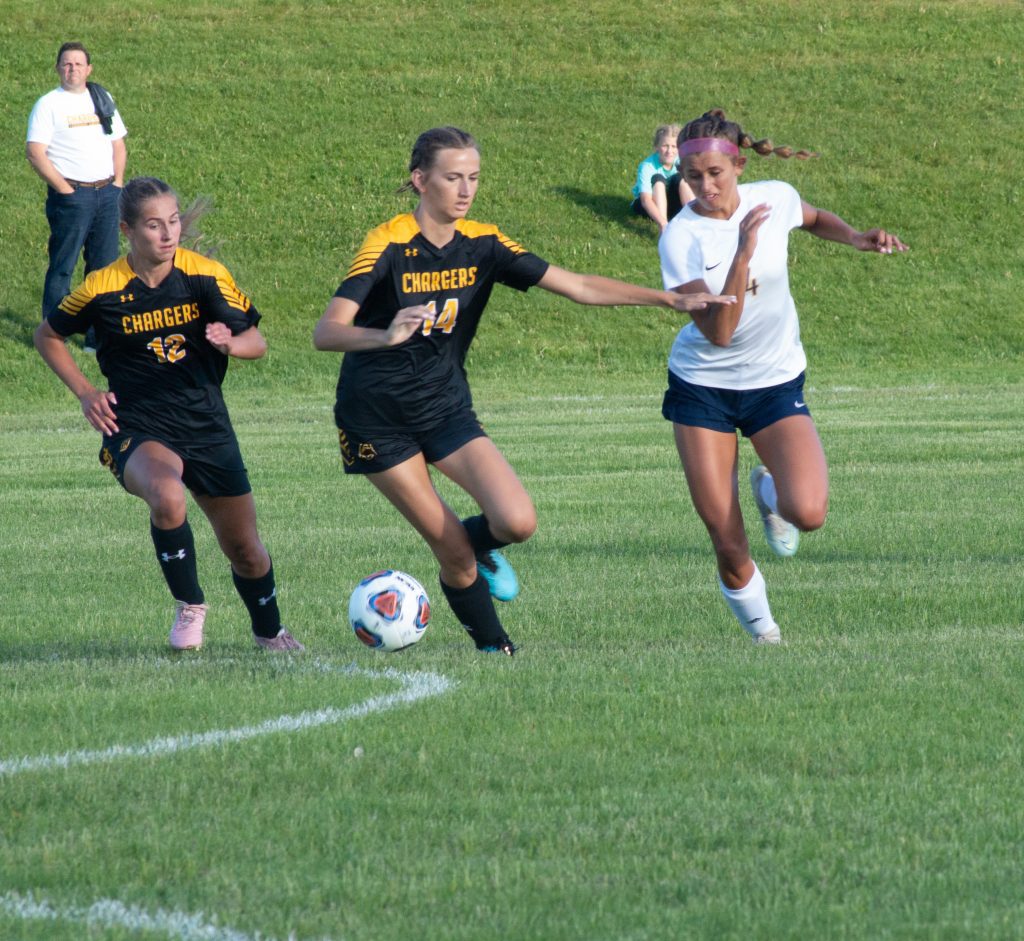 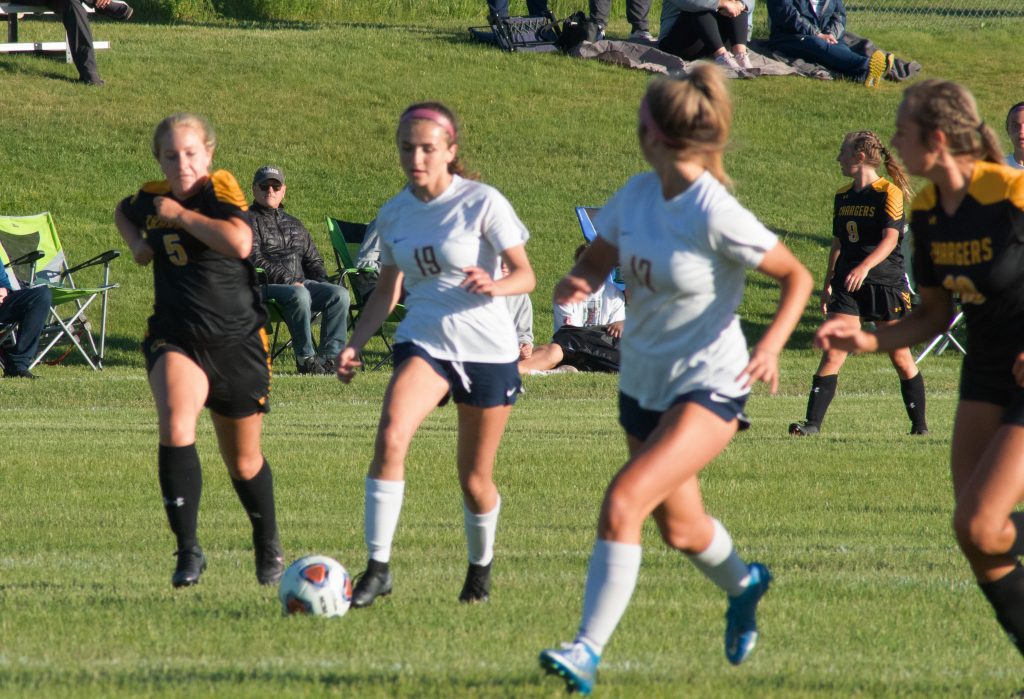 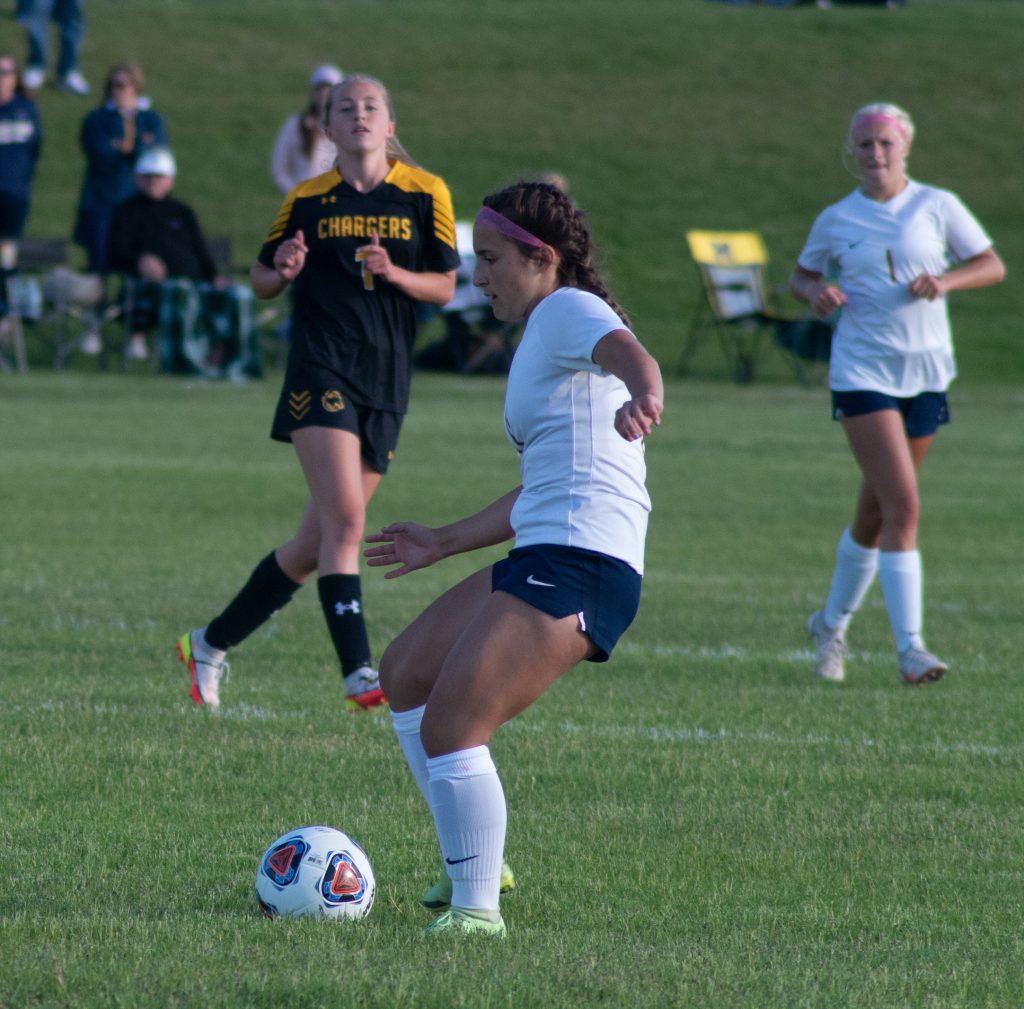