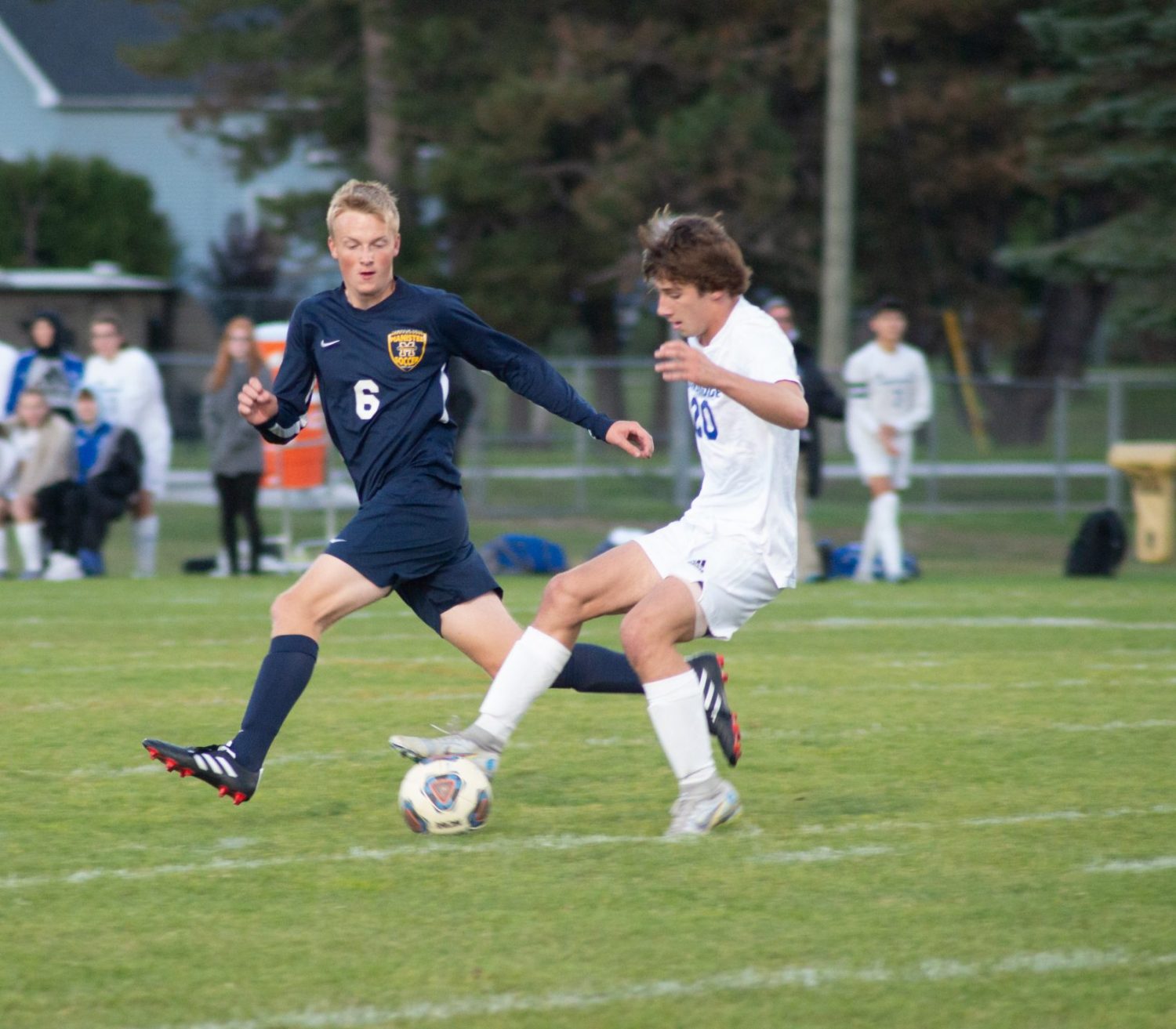 MANISTEE — The first half was a struggle for Manistee, which couldn’t adjust to Oakridge’s formation and shape, but played strong defensively, resulting in a 0-0 tie after the first 40 minutes.

But, the Chippewas regrouped during the intermission, made the necessary adjustments and scored a pair of goals for a big 2-0  West Michigan Conference victory over the Eagles at Chippewa Field.

“Oakridge is a good team,” said Manistee head coach Brandon Prince. “They had a good formation, good shape, and they ran it well.

“It kind of gave our backs fits. We just had to make some adjustments to get away from it, and we did the second half. Our guys were just running, and moving, and finding space.

“Competing for the ball every time. That’s what it is, and our guys did a great job of it tonight.”

The Chippewas finally got on the scoreboard about four minutes into the second half, when foreign exchange student Rafael Goncalves got his foot on the ball and buried a shot that eluded the Eagles’ keeper.

Goncalves had gotten into position in front of the Eagles’ net, and foreign exchange student Gres Mandelli saw him there, and put a perfect pass at his feet. The score came with 36:11 left in the game.

It didn’t take Manistee long to produce its second goal of the night, which came off the foot of Jacob Scharp who settled a pass from Luke Smith and buried a laser that hit the back of the net at the 30:57 mark.

Defense kept the Chippewas in the game, with Ben Schlaff playing his usual steady game to lead the way.

“Ben’s a class player. We know that,” Prince said. “A lot of teams … I’m not sure that they don’t underestimate him a little bit. They kind of challenge him a lot.

“I think a name that doesn’t get brought up enough is Jarod Wright. Jarod Wright is kind of an unsung hero. He’s like the center of a football team.

“He just does his job, does it well. He’ll alleviate some initial pressure, which is his job. As a unit, they do a nice job. They stop a lot of opportunities. I don’t know what the shots were tonight, but we didn’t allow much.

“A couple early on, and after that we really settled in, and against a high powered team like that.”

The Chippewas knew Arturo Romero was scoring goals at an impressive clip this season, and were focused on keeping him from breaking loose.

“Knowing that going in, we didn’t man mark him, but just played 11 strong,” Prince said. “The kid is a class player, and we held him to nothing.

“The mental part of the game we try to enter just with our play. A player like that, you could see he had his moments of frustration, but he kept going.

“He changed his position a little bit, dropped back to get touches early. He tried to create for them (the Eagles). But, our guys stepped up to the occasion.”

It’s homecoming week for the Chippewas, and there’s a lot of distractions, but they kept their minds right and once the game started, they flipped the switch.

The Chippewas improved to 13-3 overall on the season, and they finish the conference and regular season at Fremont on Wednesday night.

Manistee is hoping to get a little help from Shelby on Wednesday night, when the Tigers host the conference-leading Ludington Orioles.

The Chippewas, second in the conference with an 8-1 record, trail the Orioles by a half-game and need the Tigers to pull the upset for a share of the title, and meanwhile beat Fremont. 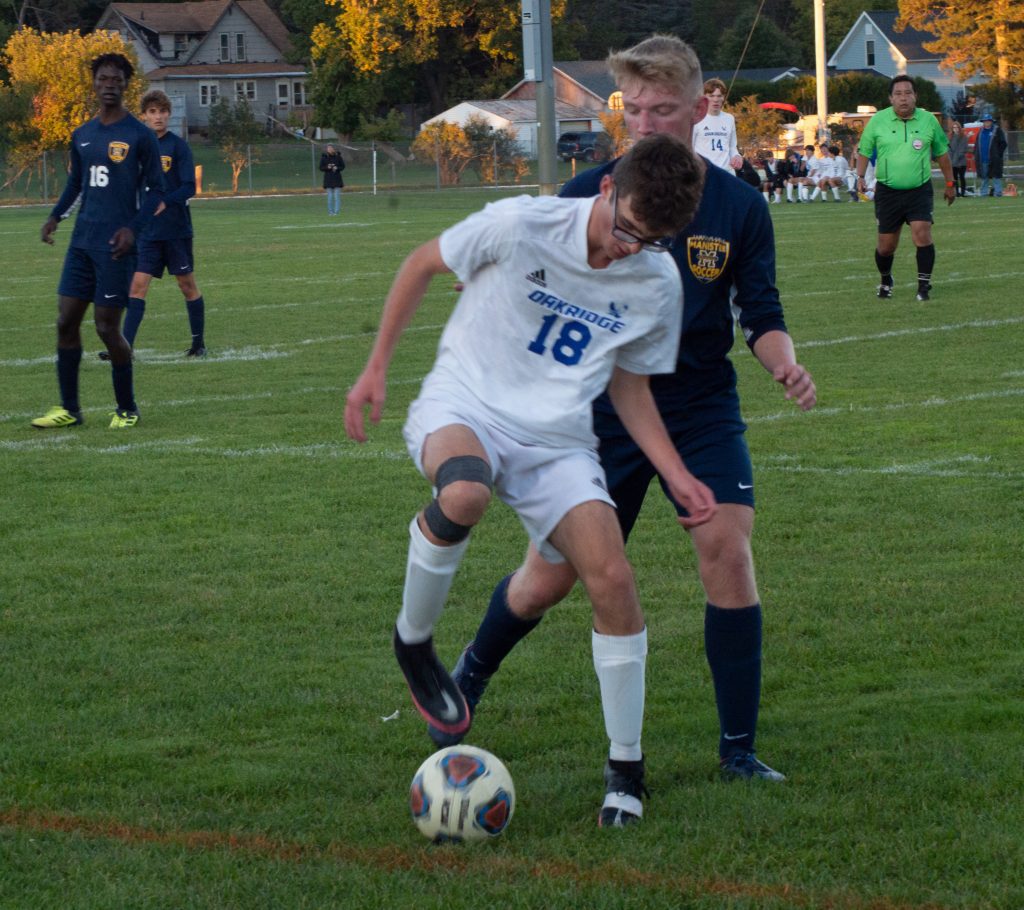 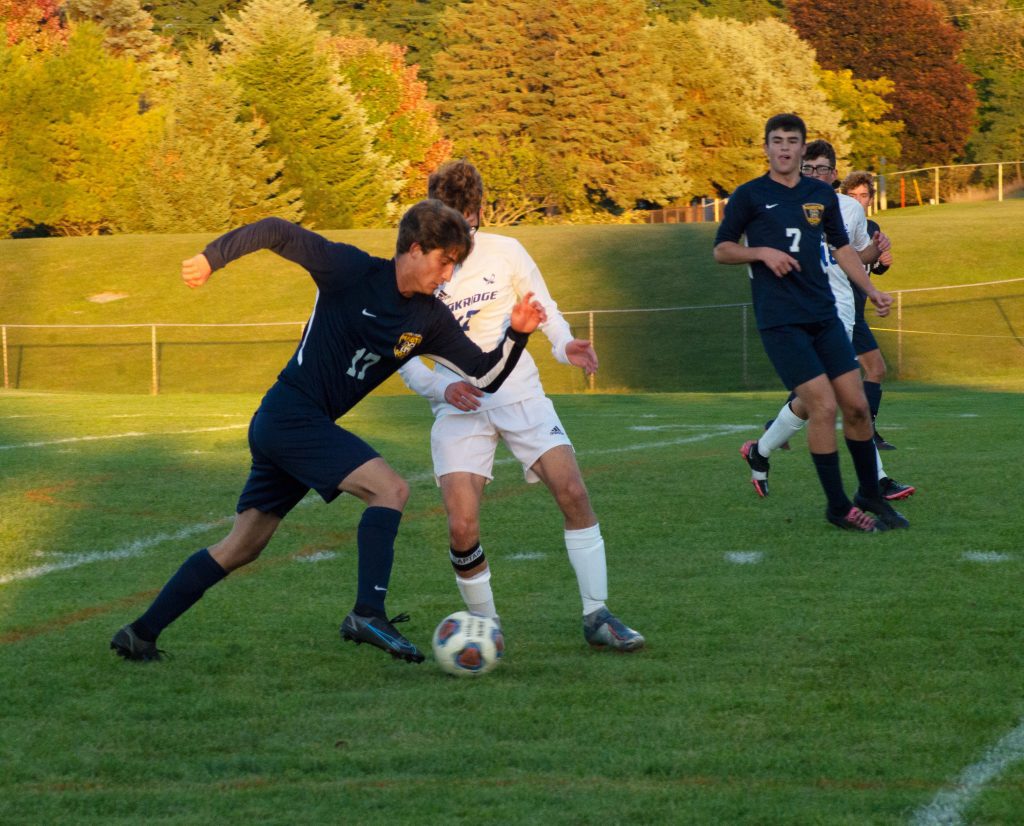 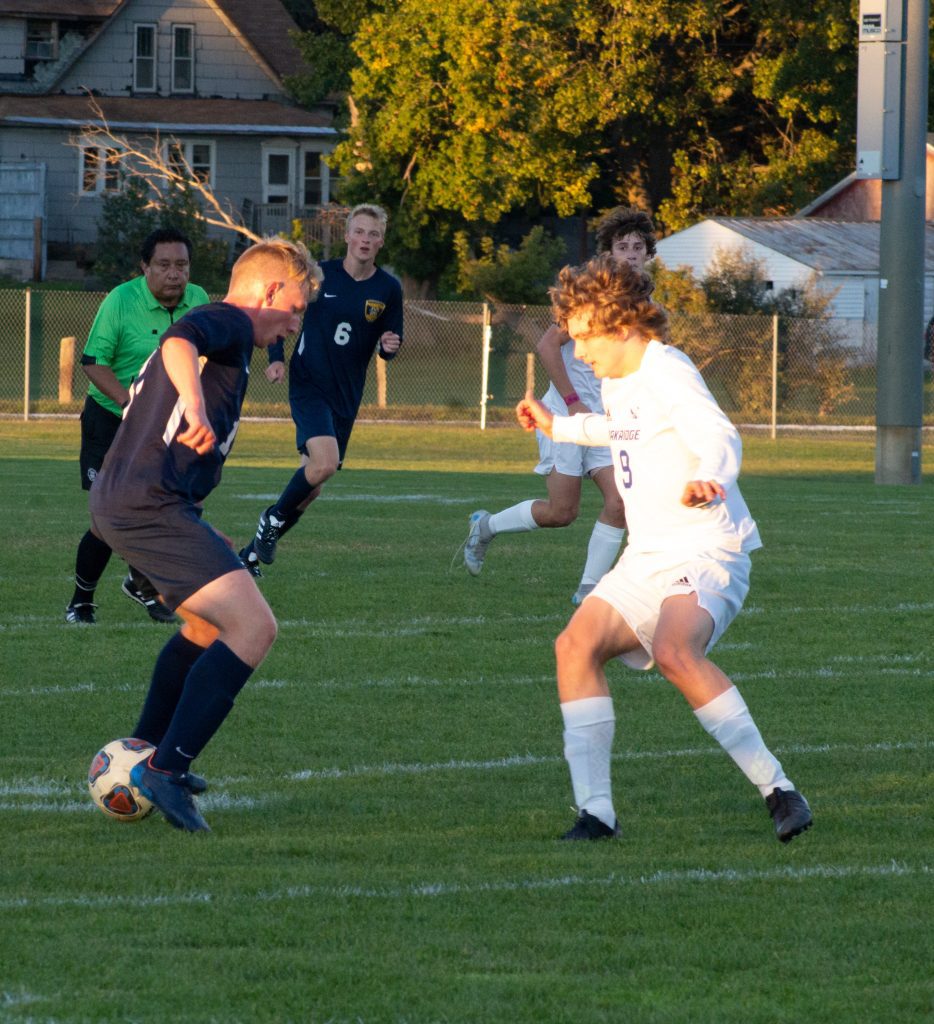