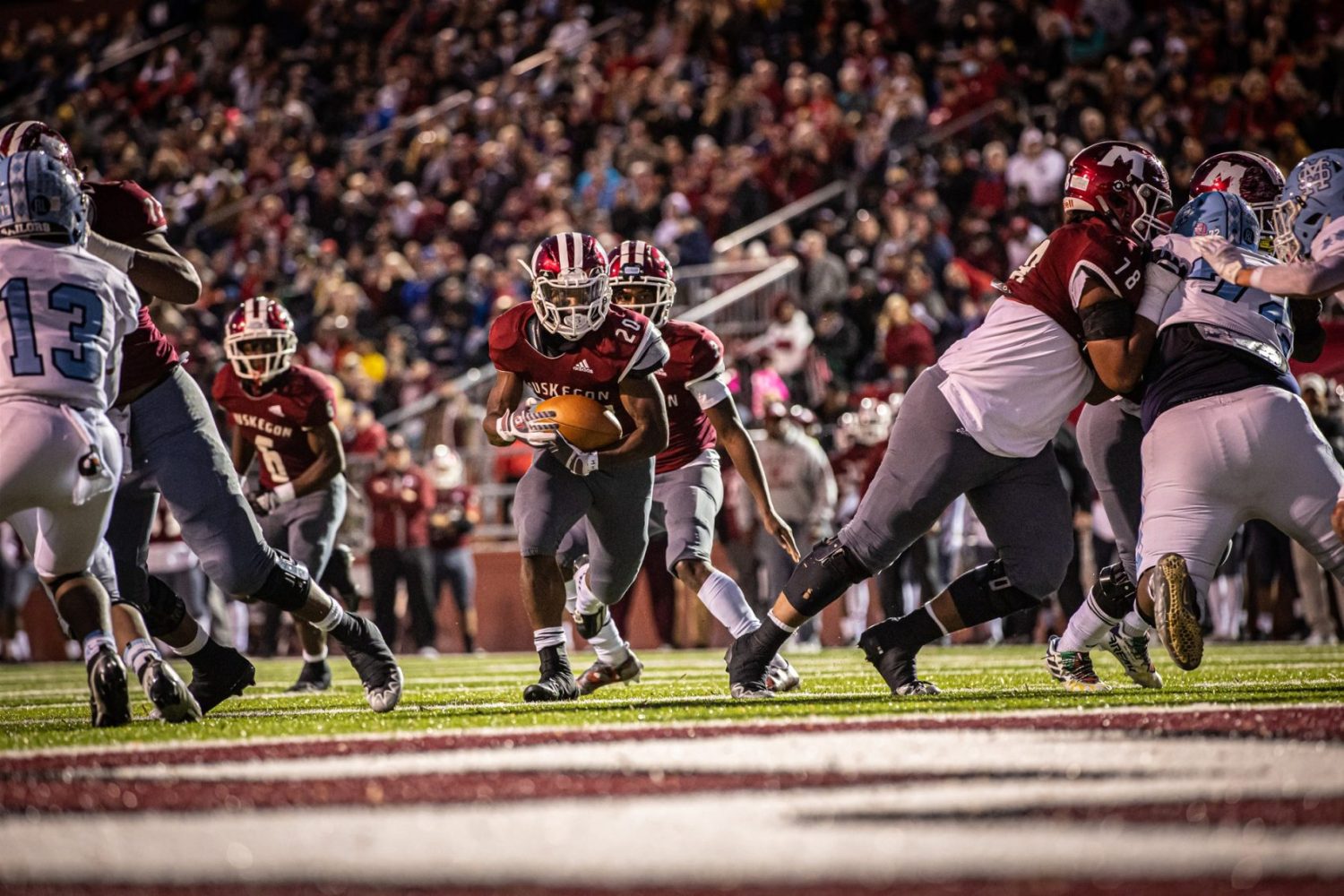 MUSKEGON – During his tenure as the Muskegon Big Reds’ football coach, Shane Fairfield has never faced the Sparta Spartans.

But now the Big Reds will face what Fairfield calls a “hard working, blue collar” team at 7 p.m. Friday night. The Big Reds will welcome the Spartans to historic Hackley Stadium for the opening round of districts in Division 3.

Sparta moved up from Division 4 to 3 after a significant increase in its enrollment.

“It’s a community that loves its football,” said Fairfield, who is quite familiar with the Spartans coach Mark Chapman.

“He always puts a good product on the field and the kids play hard for him,” Fairfield said. “He’s a winner, they had success last year. They made the playoffs so this is not new to them.

“We have to have everything in order for us to play our best and make sure we put ourselves in the best position to win.”

The Big Reds are coming off a strong performance from a week ago when they dispatched rival Mona Shores 55-35 and earned a share of the OK-Green conference title.

“Mona was the first time we had everyone dressed and playing,” said Fairfield, whose team was missing starters from most of the games during the regular season.

“We are going into the playoffs healthy and now we have to stay healthy in practice,” he said.

Fairfield has been closely watching his defense all season with its six underclassmen in the starting lineup, including three sophomores. He said last week’s victory over Mona Shores was helpful in their growth and maturity while playing on the biggest stage of the season.

“We’re excited to be hosting and we want to continue to impress our fans and the community,” Fairfield said. “We’ll do our best to entertain them.”

The winner of Friday’s game will face the winner of the Coopersville-Cedar Springs game. A Muskegon victory would mean another home playoff game at Hackley Stadium.