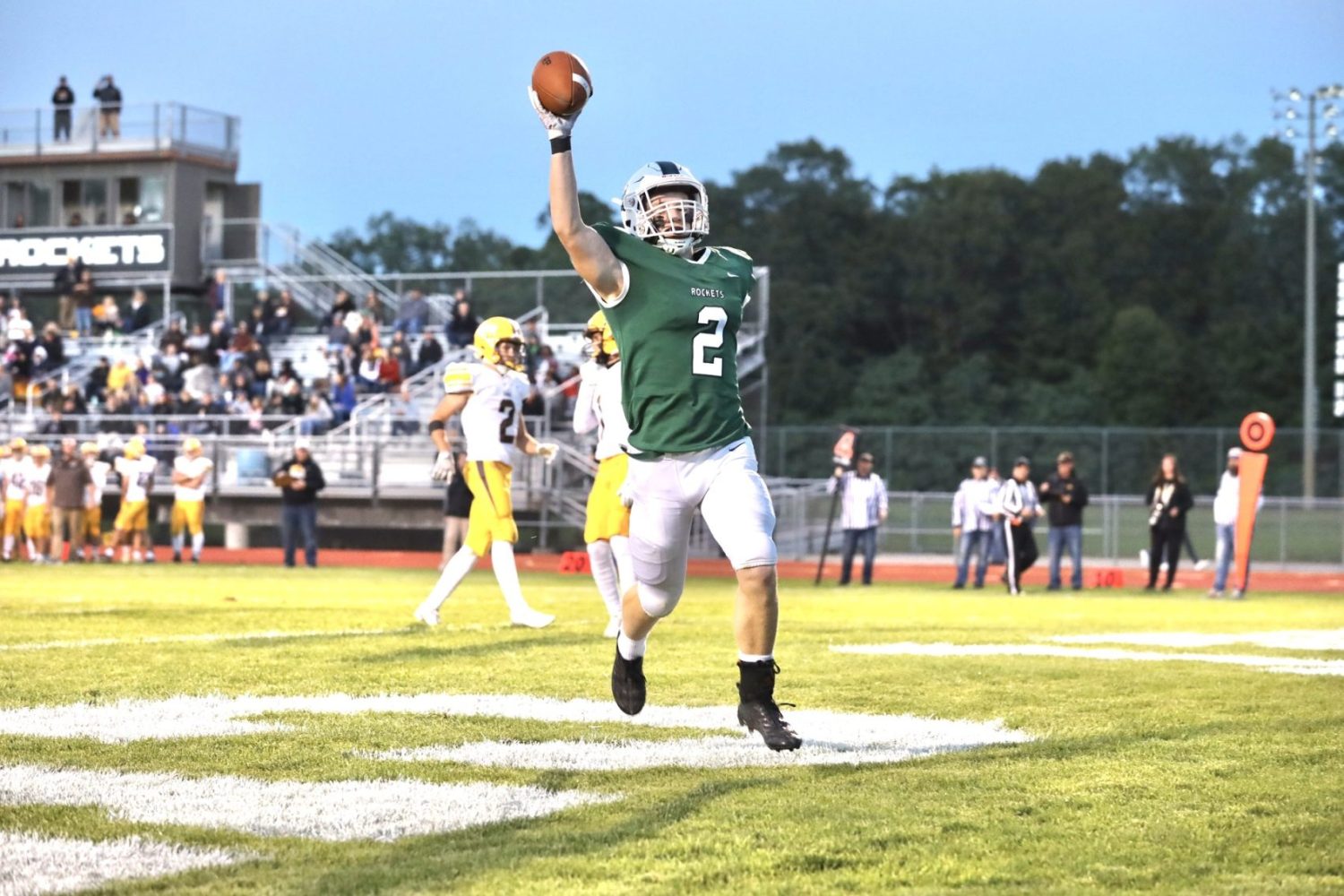 MUSKEGON — First-year coach Cody Kater was hoping to take some small steps in improving the Reeths-Puffer Rockets’ fortunes on the football field.

To do that, Kater was focused not only on the on-field stuff, but also was looking to change the culture with his players off the field.

The early returns are showing that Kater was successful as the Rockets finished 6-3 and earned a spot in the Division 2 playoffs. However, the Rockets will face off against Grand Rapids Forest Hills Central at 7 p.m. Friday. The game is at FH Central.

The Rangers are the No. 1 seeded team in the district.

“It’s exciting to be a part of it,” Kater said. “We’ve had an above average year and just looking back at it as a whole, our staff has done a great job. We have improved as the season went on and got to know one another. Our defensive staff, especially, has done an outstanding job.”

Kater is pleased with his team’s “buying in” of what the coaching staff has been aiming to accomplish since Day 1.

“We’ve got a lot of work to do,” Kater said. “But, we’re excited about where we are at right now.”

Preparations have been ongoing this week for a Ranger team that is strong across the board.

“They are an outstanding program with a great coaching staff,” Kater said. “They are difficult to prepare for and the different looks that they give you. Their offense is really, really sound. We have a tough task ahead of us, but our boys have bought into the program and our community is starting to back us and we’re hoping to be able to make a playoff push.”

The Rockets are led by quarterback Brady Ross, who is a dual threat as both a passer and a runner. Running back Brody Johnson is a threat in the backfield and Tayte Vanderleest is another playmaker.

Caiden Bolduc has been solid game in and game out on defense as one of the area’s leading tacklers. Tyviea Williams and Bryce Ross also are standouts on the Rocket defense.

To prepare for the turf field at Forest Hills, Kater took his team to Holton for practice. The rain also tore up the Rockets’ practice field back at the high school.

The winner of Friday’s game will face the winner of the Traverse City Central-Mona Shores game. If the Rangers win, they will host the second-round game. If the Rockets pull out a victory, they would hit the road for the next round.