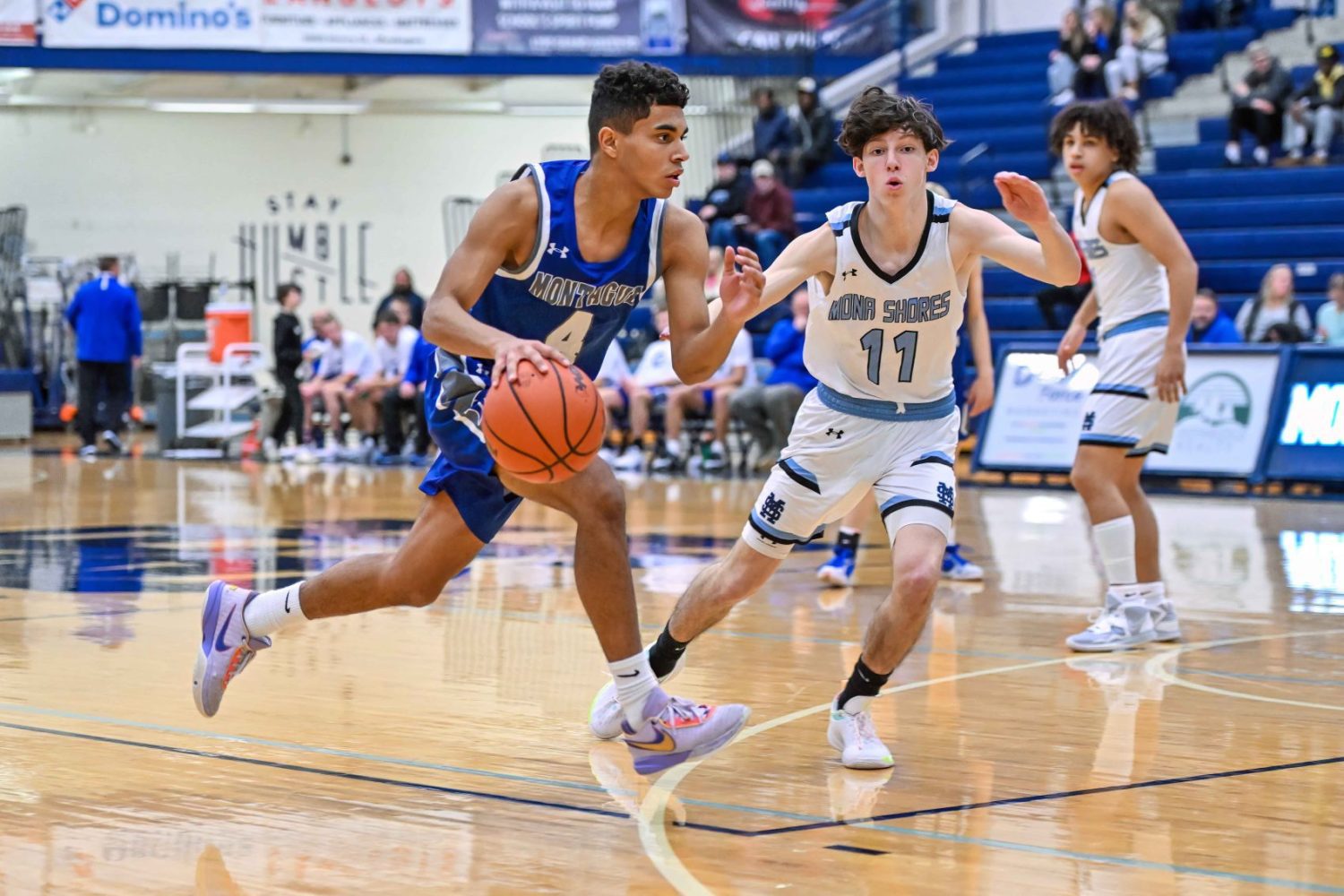 NORTON SHORES — The Mona Shores Sailors raced out to a double-digit lead in the opening quarter and cruised to a 75-48 victory over Montague in boys’ basketball action on Tuesday. 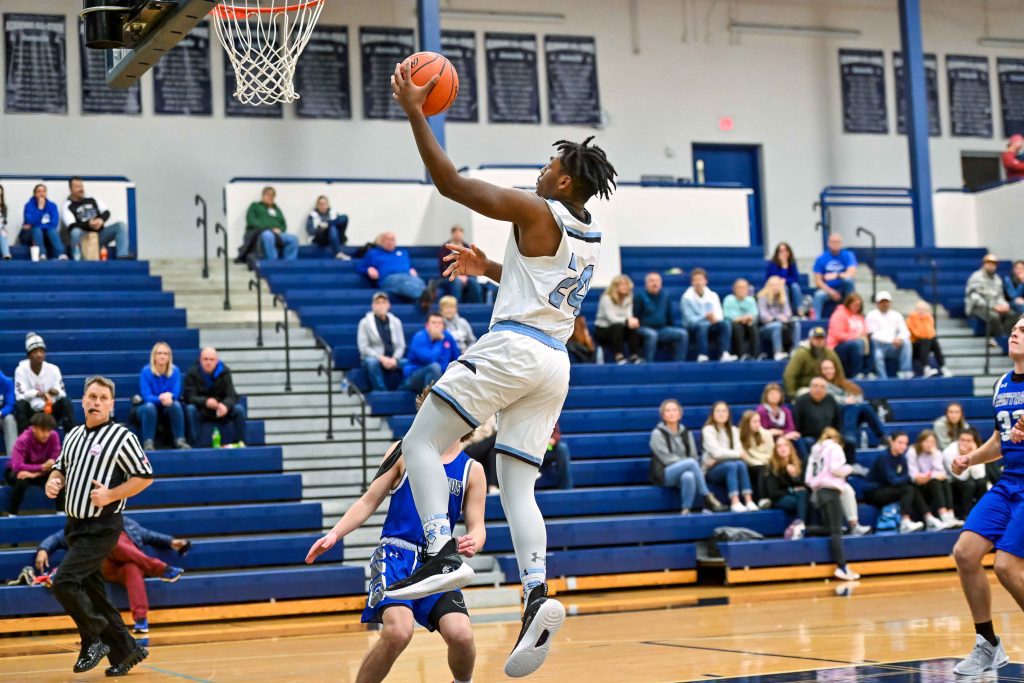 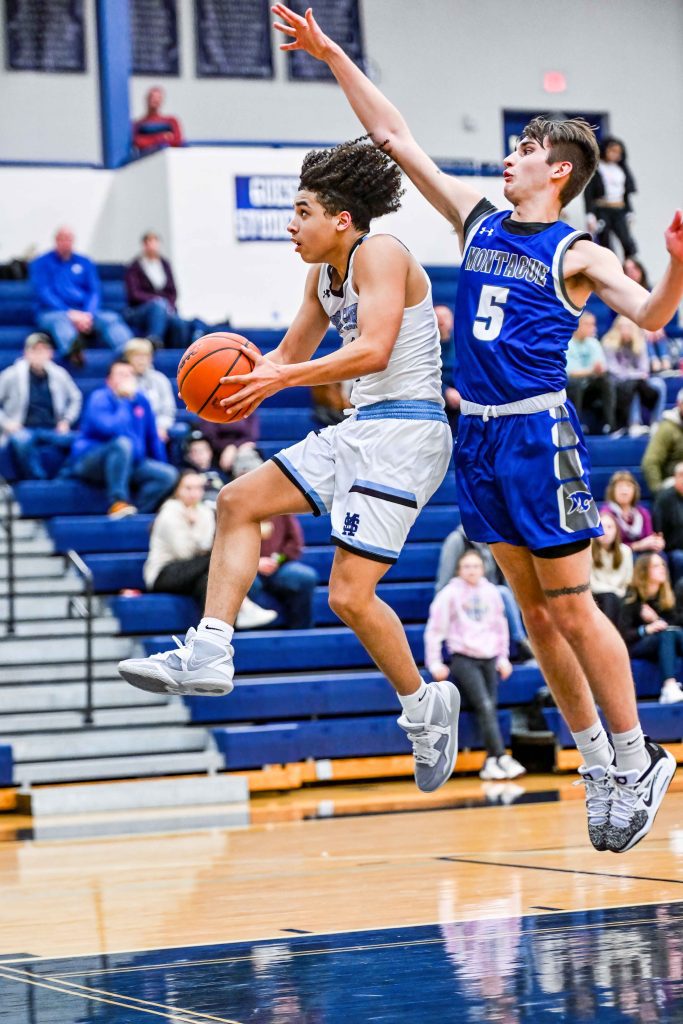 Jordan Bledsoe goes up and under to avoid the block and score on the layup. Photo/Eric Sturr 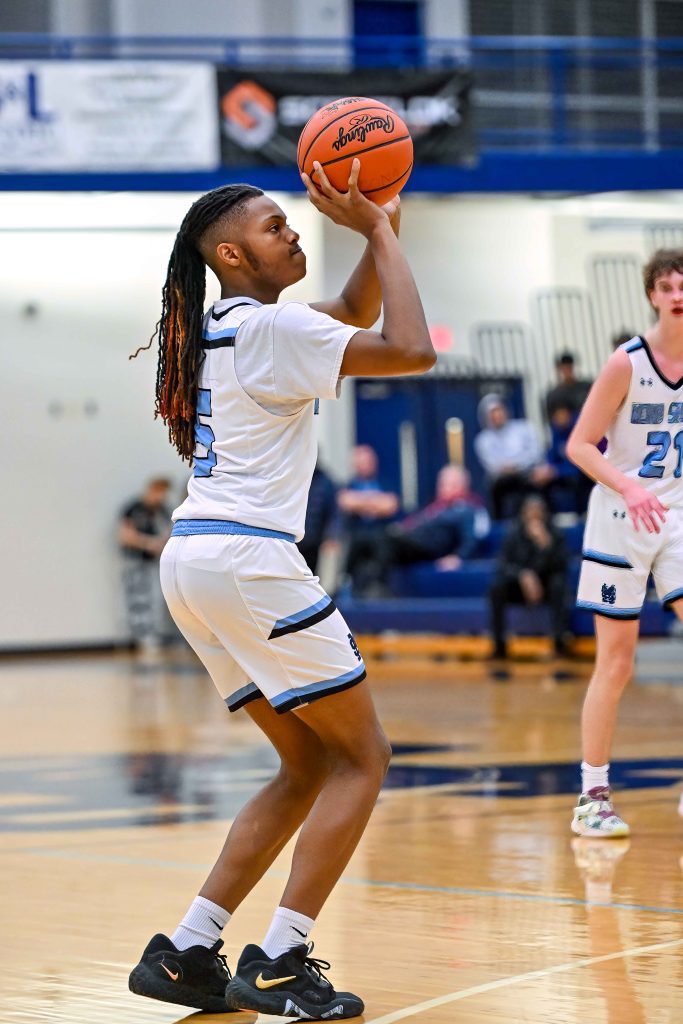 Nasir Carson-Melton setups up and buries the 3-pointer. Photo/Eric Sturr 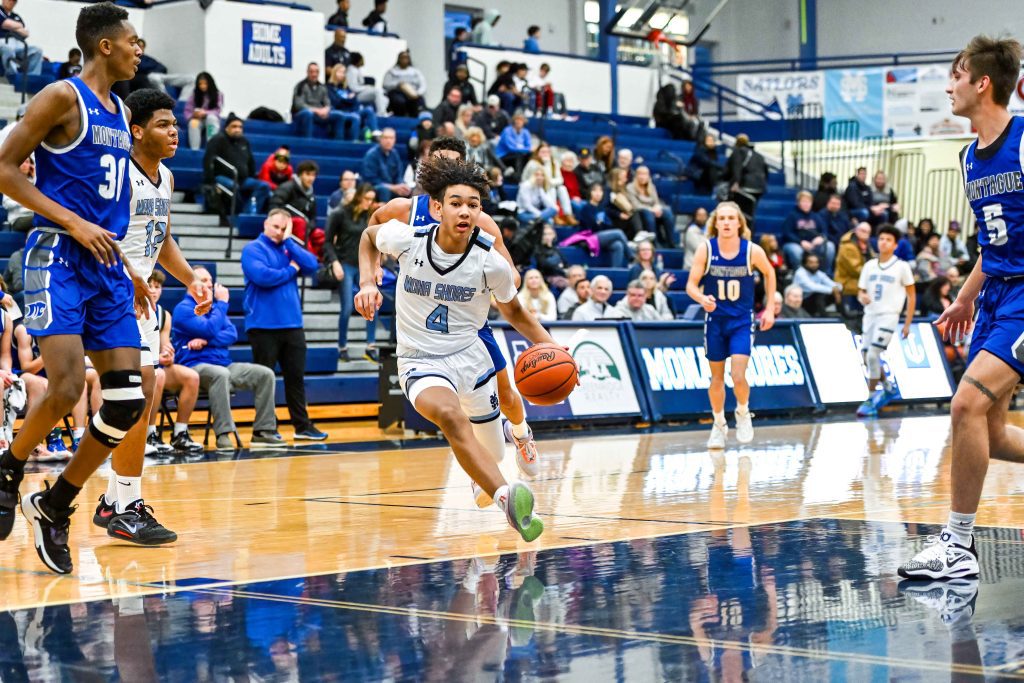 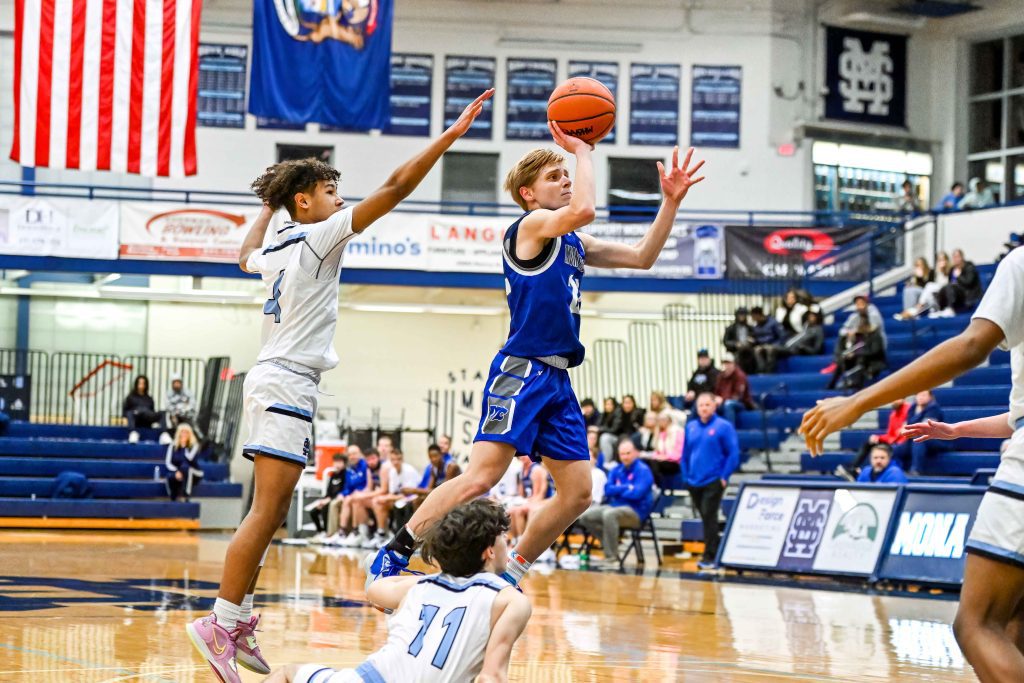 Montague’s Owen Raeth puts up a floater from the lane. Photo/Eric Sturr 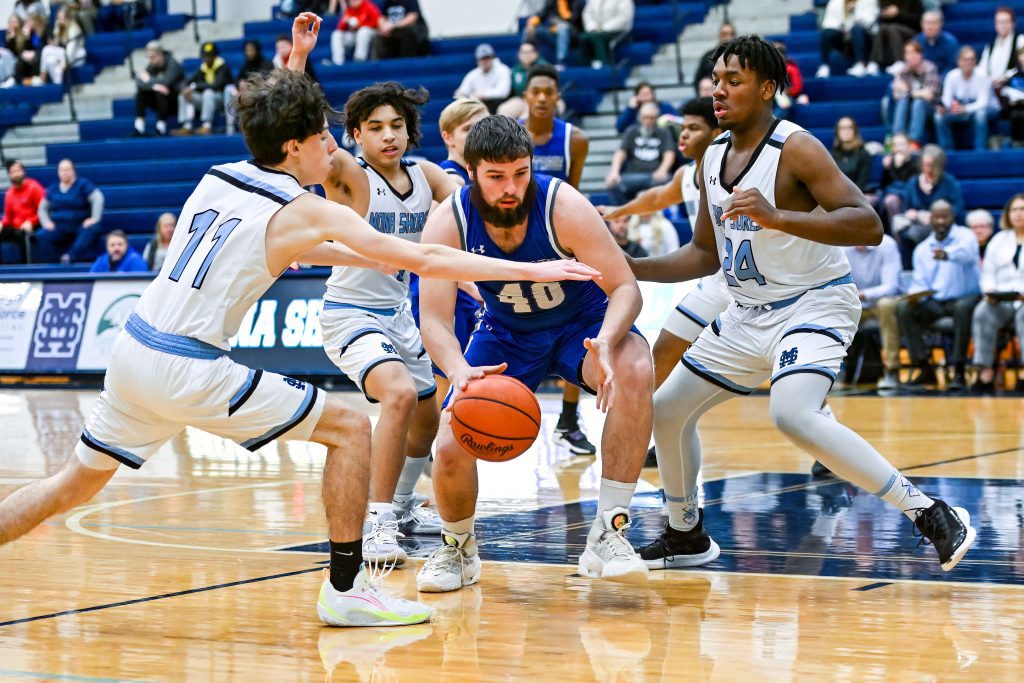 Reeths-Puffer girls pick up the pace after halftime, down rival Mona Shores 43-29