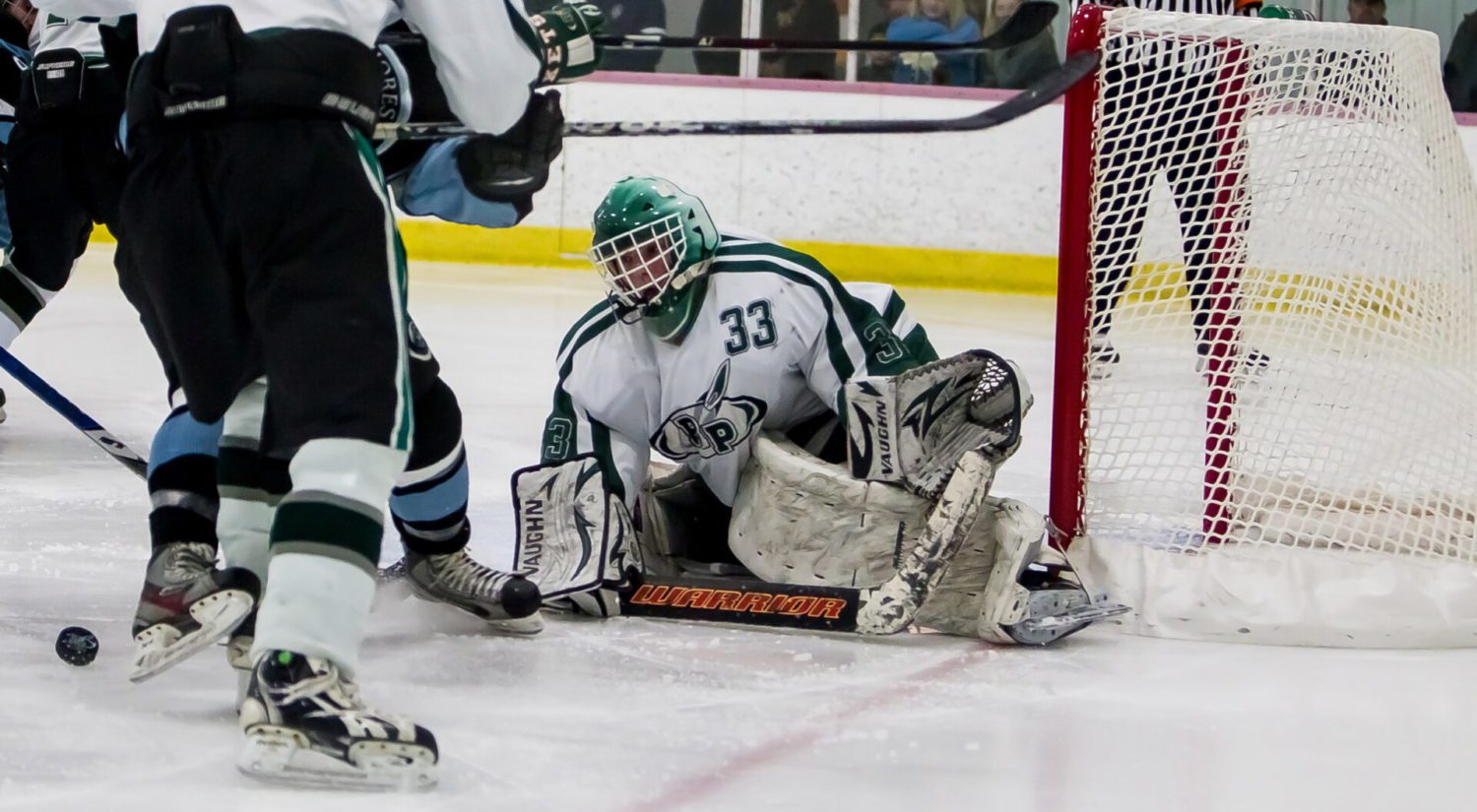 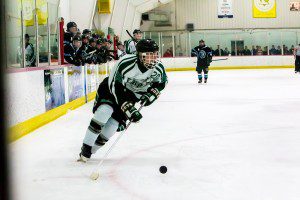 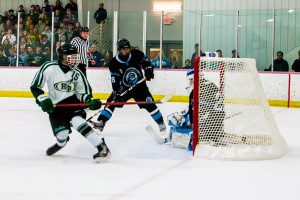 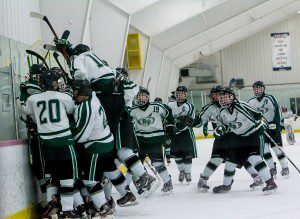 The Rocket celebration begins along the boards at Lakeshore Sports Centre after the OT victory. Photo/Tim Reilly 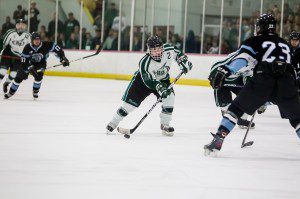 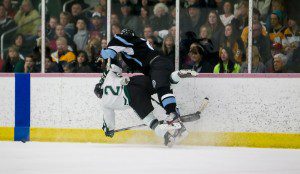 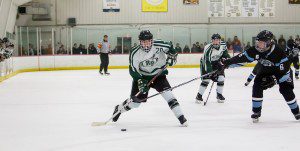