Justin Abdelkader scored his eighth goal of the season on Thursday night in the Detroit Red Wings’  3-2 shootout  loss to the visiting San Jose Sharks. 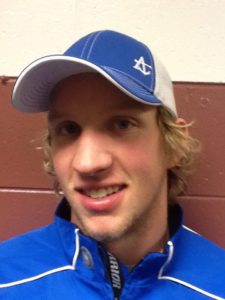 The Sharks scored the game’s only goal in the first period to take a 1-0 lead.

Abdelkader swatted in a one-timer from close range at 9:51 of the second period. Johan Franzen started the scoring play by skating behind the net and finding Abdelkader to the left of Shark goaltender Antti Niemi.

In the shootout, the Sharks outscored the Wings 2-1 to capture the extra point in the Western Conference standings.

For the season, Abdelkader has eight goals and two assists for 10 points. He has 25 penalty minutes.