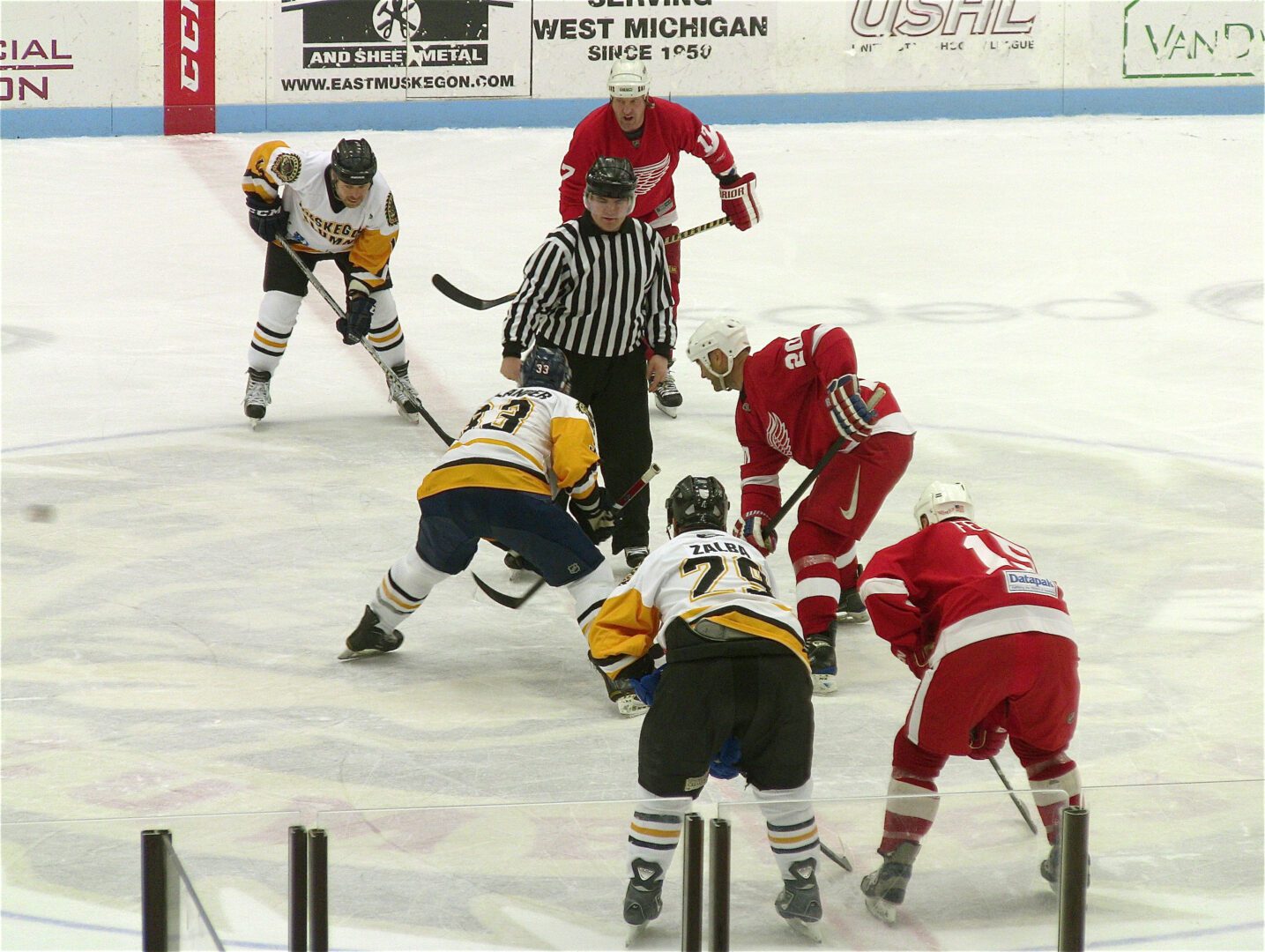 The final score was of no real significance. 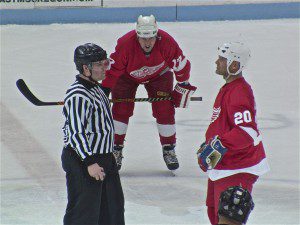 For the record, the Detroit Red Wings defeated the Muskegon Lumberjacks alumni 11-8 before a turnout of about 2,300 at L.C. Walker Arena.

The outcome also helped erase any lingering memory of the 12-3 Muskegon victory two years ago.

“I am so happy with the way the game turned out,” Lumberjack coach Ron Stephenson said. “It was a good game, competitive right to the end and that’s what makes it so much fun.

“They brought a great group of guys and the fans appreciated that and we did too.”

Leaders of the new and improved Red Wings squad was Petr Klima, who scored three goals, and Sergei Samsonov, who scored a goal that would have qualified for Top 10 plays on ESPN. Paul Ysebaert and East Kentwood’s Mike Knuble also scored two goals for the victorious Red Wings. Jiri Fischer and Chris Tamer also scored goals for the Wings.

“We play once a week, twice a week,” said Klima, who was making his first alumni appearance in Muskegon. “It’s OK. We have guys 50 years old and it’s fun. I just started playing this year.”

It wasn’t a whole lot of fun for the Red Wings in the early going as Muskegon scored two goals in the game’s first 2:06 and increased it to 3-0 about 10 minutes later. Dave VanDrunen, Bill Zalba and Robin Bouchard scored Muskegon’s goals. 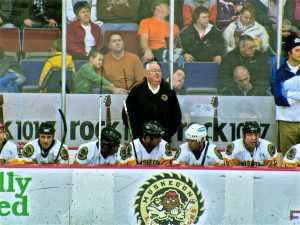 Coach Ron Stephenson looks on as his Muskegon squad takes on the Detroit Red Wing alumna.

But then the Wings’ offense came to life and in the span of just over 3 minutes, Tamer, Fischer and Samsonov scored to knot the game at 3-all.

Before first period would end (the game consisted of a pair of 25-minute periods), the Wings would outscore the Lumberjacks 3-1 to take a 6-4 lead into the intermission.

Brant Blackned did give Muskegon a brief 4-3 lead, but then two goals by Klima and one from Ysebaert produced the two-goal lead after one period.

Nigel Hawryliw scored after Bouchard flipped the puck over the Wings net from behind to make it 6-5. Then came a flurry of goals from Knuble and Klima from the Wings and Kory Karlander countered with two. The Wings were holding an 8-7 lead at the 8:38 mark of the second period.

Detroit’s Joey Kocur banged Muskegon’s Erle Switzer a bit too hard for the referee’s liking and Switzer was awarded a penalty shot in lieu of a two-minute minor. Switzer was stopped by Gregg Malicke.

Knuble scored off a rebound and Ysebaert scored into the empty net in the final minute to complete the evening’s scoring.

Thursday softball roundup: Hesperia improves to 8-0 with a sweep of Morley-Stanwood