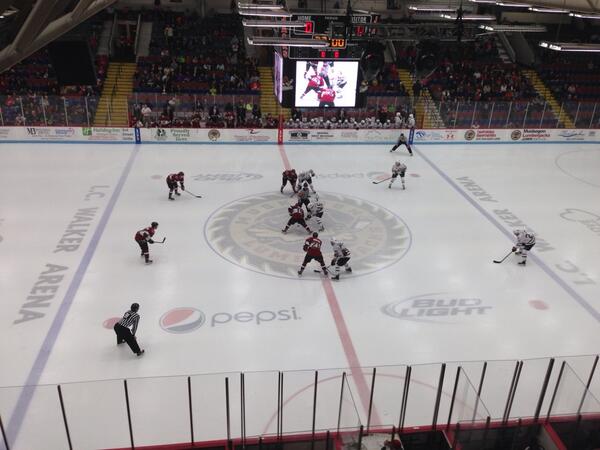 MUSKEGON – With plenty of season left on the hockey calendar, the Muskegon Lumberjacks will gladly move on from Saturday night’s game at the L.C. Walkers Arena.

Playing before a crowd of 2,851, the Lumberjacks controlled most of the action in the opening period, but a late goal by the Chicago Steel was only the beginning of a long, long night for the home team.

Chicago took advantage of plenty of Muskegon turnovers in the second period, scoring four goals, and rolled to a 8-2 win, despite being outshot 51-24 on the night. The win allowed the Steel, who improved to 6-1-2 on the road since New Years, to pass the Lumberjacks for sixth-place in the Eastern Conference.

“The second period – there’s no way that should happen,” Muskegon coach Todd Krygier said. “We just had mental lapses with the puck, things we have got to correct. We still have time, we’re a .500 team and I’m not happy with that but the season isn’t over. We have 16 games remaining and we’ll get back to practice on Monday and just take it day-to-day.”

While Muskegon peppered Steel goalie Chris Nell with shots throughout the first, Chicago was the first to break through, as Robbie Payne scored on a breakaway, snapping off a wristshot into the top of the net.

The Lumberjacks’ Mason Jobst pulled the home squad even at 1-1, redirecting Trevor Morbeck’s shot with 3:43 left in the first period. But it was all Chicago from that point forward.

Cullen Hurley scored with 54 seconds left to give the Steel a 2-1 lead at the end of one and Scott Pooley scored on the power play 40 seconds into the second to expand the lead to two goals.

“They scored late in the first and again early in the second and we broke down defensively both times,” Krygier said. “It’s pretty frustrating. We did not play well defensively and if you don’t play good defense you’re not going to win.”

While the power play goal to begin the second period put Muskegon down two goals, it still had plenty of time to rally back. But in order to do that, the ‘Jacks needed to take care of the puck and put the pressure on the Steel defense and Nell. That wouldn’t happen.

In a span of just over seven minutes, the Steel added three more goals, the first coming as the ‘Jacks lost the puck behind their own net, ending up in John Schilling scoring into a wide open goal. Minutes later, Chicago’s Mason Bergh scored on a 3-on-1 opportunity, and shortly after that, John Ernsting would find himself alone in front of the net while his teammates picked up a loose puck behind the Lumberjacks goal and found him for a 6-1 lead after two periods.

The Steel would stretch that lead to 8-1 in the third behind goals by Victor Bjorkung and Brendon Kearney, effectively ending the night for a large majority of ‘Jacks fans.

Matt Iacopelli scored his 31st goal of the season on the power play with 5:48 left in the game for the final goal of the night. Christian Wolanin and Chase Hatcher picked up assists.

Muskegon’s Jordan Uhelski stopped 16 shots while Nell had 49 saves for the Steel.

“There’s nothing we can do about (this game) now,” Krygier said. “We tried to make in-game corrections and it didn’t happen. Give Chicago credit, they’ve been playing well and they deserved to win tonight.”` 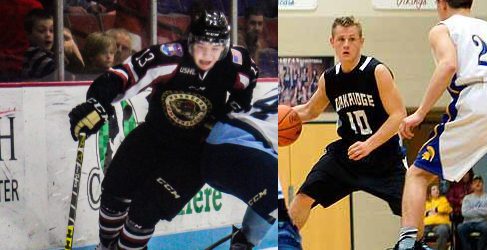