The Whitehall soccer team scored twice in the first four minutes en route to a 5-2 victory over Montague Tuesday in a West Michigan Conference contest.

The victory left the Vikings 6-0 in conference play, good for first place. They are 12-4 overall on the season and ranked fifth in the state in Division 3.

Daniel DeBois led the charge for Whitehall, scoring the game’s first goal, then Windsor Marecek scored soon after on a penalty kick to give the Vikings a 2-0 edge.

DeBois and Marecek each scored twice in the game.

Montague cut the lead to 2-1, before DeBois added his second goal to give Whitehall a 3-1 halftime edge.

“We felt if you come out strong and give yourself a little cushion, it’s nice,” said Whitehall coach Bryan Mahan. “Our only problem was we came out strong but settled into it and that allowed Montague to scrap back into it.”

Montague scored again early in the second half, cutting its deficit to one, but Whitehall’s Ethan Avery responded with a goal to put Whitehall up 4-2.

Marecek added his second goal for the final margin of victory.

Mahan said the victory was special, because the two schools are White Lake area rivals, and most of the players have been competing with each other for years.

“It’s a childhood rivalry,” Mahan said. “Everybody know everyone and it’s a much harder mental game than anything else.”

Richard Simons had a pair of assists for Whitehall while John Gonzalez, DeBois and Mareck had one apiece.

Kenowa Hills 4, Reeths-Puffer 3 – The host Knights got on the board first when Peter Brown scored off a corner kick. The Rocket’s Noah Sorn tied the game off an assist from Logan Skinner. Cory Gilmer put the Knights up 2-1 before the Rocket’s Sorn scored his 2nd goal of the game. Both teams exchanged goals early in the second half before Gilmer’s 3rd goal of the night put Kenowa Hills up for good. Reeths-Puffer competed without four injured players.

Western Michigan Christian 4, Grand River Prep 1 – The Warriors broke open a 1-1 halftime tie with three goals in the second half. Dylan Mines scored for WMC in the first half, while Ben Mast, Will Duer and Eli VanderVelde found the net in the second half. Mines and Duer also had assists, while Michael Merz got the win in goal. The Warriors improved to 2-1 in conference play.

Fruitport 4, Fremont 0 – Noah Hendricks scored a three-goal hat trick to lead the Trojans, who improved to 8-3 overall and 5-1 in conference play. Caleb Straley scored the other goal while Zach Shane, Gavin Hancock and Logan Fielding had assists. Conner Deneen had seven saves in goal to post the shutout. Fruitport outshot the Packers 12-9. 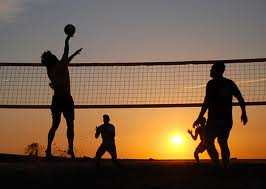