Tyree Jackson has one item left on his prep football checklist: Get to Ford Field and win a title for Mona Shores 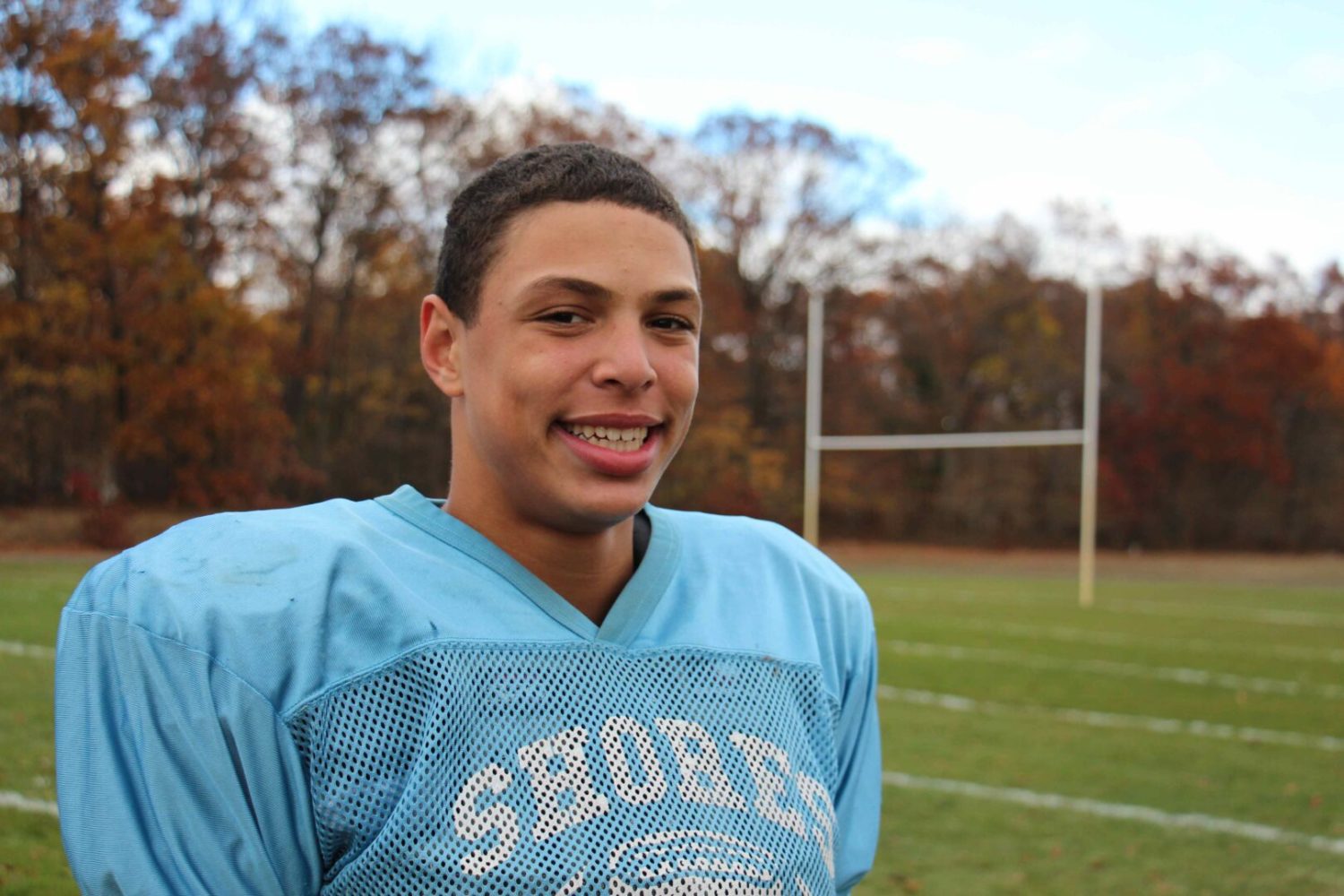 NORTON SHORES – Four years ago, Mona Shores coach Matt Koziak took over a football program with only seven seniors and little hope for a winning season.

It seemed like a good time for Koziak to throw a freshman quarterback into the fire. Why not start Tyree Jackson’s maturation process as a 13-year-old? 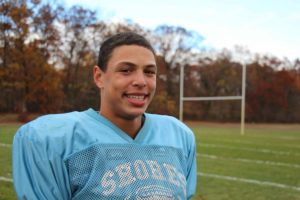 “We had some upperclassmen who were not on board with what we wanted to do,” said Kobiak, who recalled Jackson working out with the team as an eager youngster. “I said if we are going to be awful, let’s be awful with kids that will give us everything they have.

“Should he have played as a freshman? Absolutely not. It’s paying dividends now. He probably had the biggest game of his career last Friday.”

Indeed, Jackson produced the game of his life in last Friday’s big win against Muskegon for the O-K Black Conference championship. He rushed for 122 yards on 14 carries with two second-half TDs, while completing 13-of-21 passes for 197 yards and three TDs.

But Koziak and Jackson hope the best is yet to come as the Sailors (8-1) make a run toward the Division 2 state championship. It starts Saturday when Caledonia (7-2) visits Sailor Stadium for a 7 p.m. pre-district showdown.

Jackson has been a catalyst for the resurgent Mona Shores football program, which sports a 15-4 record over the past two seasons. Last year, Jackson led Shores to the school’s first state playoff berth, and hopes to spark the Sailors to their first playoff win Saturday.

Jackson, who took his first snap under center as a baby-faced 5-foot-9, 139-pound freshman, has been setting school records while climbing the varsity ladder.

His school records include:

In addition, Jackson can move up on the Michigan High School Athletic Association record charts if the Sailors make a long run in the playoffs. His current MHSAA record book rankings:

* No. 3 all-time career passing TDs (78). He needs three TDs to move into second place and 20 for first place.

Jackson, who‘s made a verbal commitment to play at Division I University of Buffalo, also is a finalist for the Michigan Gatorade Player of the Year award.

The 16-year-old Jackson (6-4, 210) was at the top of his game at the perfect time last Friday. He led the Sailors to a 48-27 victory against Muskegon at Hackley Stadium as the Sailors took the league title away from the Big Reds.

It was a huge win for the Sailors, who hadn’t beaten Muskegon since 1982 and hadn’t won a league football title since 1968.

“It was a huge win for the community and our team,” Jackson said. “I couldn’t be happier with our team and how we performed Friday.

“Every time we play I feel it will be a statement game because we’re not known for being historically good at football. So every time we go out people will try to knock us down and give us their best shot. We have to go out each week and play our best game.”

Friday’s win was gratifying for Koziak, who’s watched his quarterback excel at a high level with a lot at stake.

“He did exactly what we asked of him and with what they gave us defensively,” Koziak said. “He read it perfectly. Almost every play we ran Friday night was an option play and he had to make a read. Did he make every read? No. Did he make 90 percent of the correct reads? You bet.

“That is saying a lot about him if the staff has confidence in him – here’s the play, read it right or it’s not going to work.”

Jackson welcomed the challenge of playing quarterback as a freshman and knew it wouldn’t be easy.

“Aaron Doriot took me under his wing that year,” said Jackson, a past winner of the state’s NFL Punt, Pass and Kick competition for fifth and sixth graders. “I was nervous going into it. Coach Koziak told me it would all pay off. And he was definitely right looking back at it and how my senior year has gone.”

Jackson is quick to credit his teammates this season, especially the offensive line. He also has the advantage of sharing the football with a core of talented athletes like DeOntay Moffett, Matt Schuiteman, Kobe Burse, Hunter Broersma and Darece Roberson.

“I think my offensive line has done a great job to give me lanes to run through,” Jackson said. “I like sharing the ball with my teammates. I just like getting the ball to the athletes on this team. I think I’ve done a pretty good job of that this year.”

Jackson excels with a strong arm in the passing game, a great work ethic and solid decision-making in the offense. He’s also a load to bring down for opponents with his big frame.

Koziak said Jackson’s leadership also has progressed over the years. And his command of the offense has been instrumental.

“He will correct me,” Koziak said. “I’ll signal in something and he’ll look at me like that doesn’t make sense. If I am wrong, he’ll know coach meant this and he’ll run the right play. So to have him fix that on his own – and know that he’s just not just trying to call his own plays – is huge.”

Tyree is the son of Fluarry and Susan Jackson. His older brother Fluarry played football on Muskegon’s 2008 state championship team and continued his career at Hope College. His sister McKenzie also won a national cheerleading championship at Davenport University.

Tyree has only one superstition: He eats a foot-long ham sub sandwich with the works before every game. He’ll continue that tradition Saturday when the Sailors face Caledonia, a team they beat 40-7 in Week 4.

Jackson said the team is hungry to keep its magical season going all the way to Detroit’s Ford Field.

“The goal is the state championship,” Jackson said. “We have to win week 10 and then week 11 and continue until week 14.

“I think we are one of the top teams. We have to focus every day in practice and come out ready to play.”