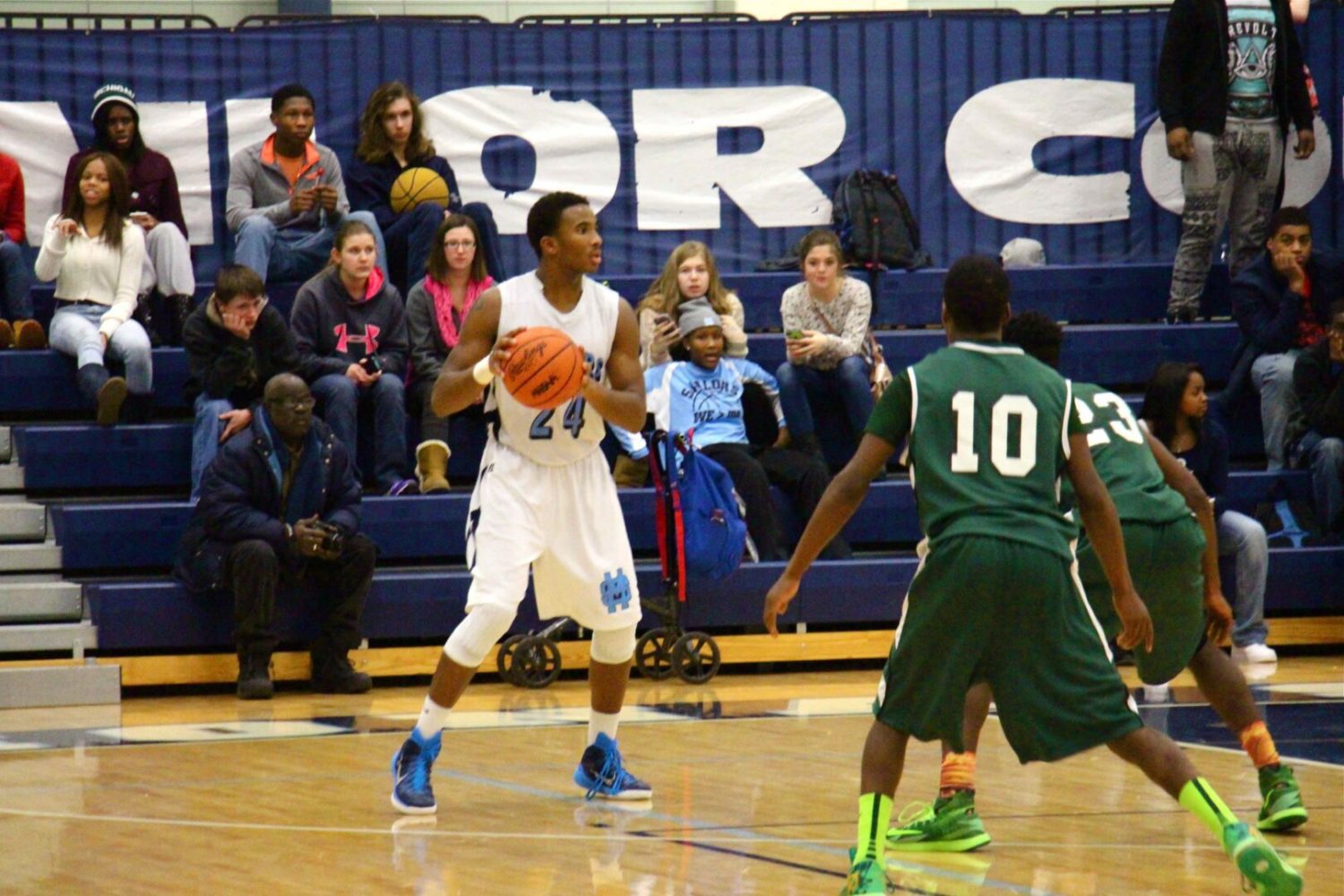 A double-double by Kobe Burse and strong play in the final minutes lifted Mona Shores to a 46-43 win over visiting Reeths-Puffer in O-K Black action Monday night.

The score was tied 40-40 with three minutes left, but the Sailors sealed the victory with a bucket from Eric Nelson, a steal and layup by Tyler Trovinger, and several missed free throws by Reeths-Puffer. 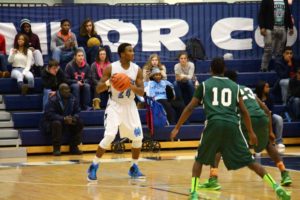 Kobe Burse attempts to break Reeths-Puffer pressure in the back court by No. 10 Jordan Cooley and No. 23 DeAndre Oakes-Owens. Photo/Jason Goorman

Mona Shores led 24-14 with three minutes left in the first half. But Reeths-Puffer did not back down, narrowing its deficit to 24-20 at halftime.

The Rockets gained a 32-28 lead in the third quarter and had a 35-32 edge at the buzzer. But the Sailors fought back and put the win away at the end.

“The kids refused to lose despite Reeths-Puffer’s pressure defense,” said Mona Shores Coach Gene Gifford.  “We got up by five down the stretch and I saw a lot of Sailor pride out there. This was a very hard fought ball game.” 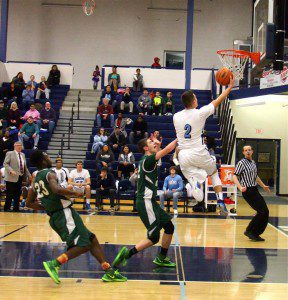 Tyler Trovinger glides in for the layup with under a minute to play as Reeths-Puffer’s Joey Olson and No. 23 DeAndre Oakes-Owens trail the play. Photo/Jason Goorman

Burse finished with 14 points, 15 rebounds and three blocks for Mona Shores (3-6, 1-2). Trovinger also had a solid game with 12 points and five assists while D’Quintaye Ross finished with 10 points and seven rebounds.

The Rockets (5-5, 1-2) were led by DeAndre Oakes-Owens with 15 points while Jordan Cooley and Jalen Cooley both scored 10.

“We struggled from the line (12 of 22) and it’s tough to win shooting that badly,” said RP coach Dave Ingles. “Give credit to Mona because they played hard the entire night.” 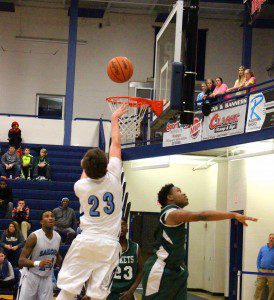 Grand Haven sweeps away the competition at home volleyball quad