Steve Gunn column: Was Dombrowski dumped because he stopped trying to win now for Ilitch? 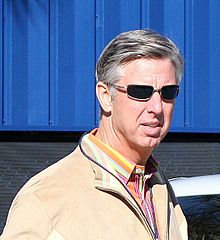 Are you wondering why Dave Dombrowski was suddenly fired as president and general manager of the Detroit Tigers on Tuesday?

Dombrowski is generally recognized as one of the most shrewd executives in Major League Baseball.

He single-handedly rescued the Tigers from being one of the worst teams in the history of the sport in 2003 to a team that’s won four straight division titles, has been to the World Series twice since 2006 and to the American League championship series three times in the same span. 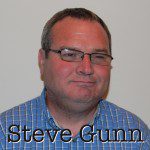 So the Tigers are casting him aside because of one bad season?

I don’t think that’s what happened. I think Dombrowski was canned because he broke with “the plan.”

Consider what Ilitch had to say in a press release on Tuesday:

“I would like to thank Dave Dombrowski for his 14 years of service. Together, we’ve enjoyed some success, but we’re still in aggressive pursuit of our ultimate goal: to bring a World Series title to Detroit and Michigan.”

But that’s not good enough for the aging baseball owner.

For years now, the Tigers have had one singular focus – win a World Series while Ilitch is still alive to enjoy it. He’s well into his 80s, so that season will probably have to come pretty soon.

Until last week, Dombrowski was loyal to that cause, spending large amounts of money on risky contracts, and trading away just about every serious prospect in their farm system, to find a way to win now.

But something changed last week at the trade deadline. Dombrowski obviously took a step back, realized the farm system was dangerously empty, and deduced that there was only one way to restock it. So the Tigers had a fire sale, dumping three very good players (David Price, Yoenis Cespedes and Joakim Soria) for six prospects.

All three veterans were free agents to be, and may very well have left Detroit, anyway. If they had walked away, the Tigers would have received nothing but draft picks in return.

They weren’t going to win this year, anyway, with or without Price, Cespedes and Soria, so it made total sense to bring in some much-needed younger talent.

Dombrowski dared to tell Ilitch that there will be no championships this year or maybe next, because the club has to do a bit of reloading and restocking.

Mike Ilitch has no time for any of that. That’s why he replaced Dombrowski with Al Avila, who made an immediate statement that Ilitch obviously liked:

“We’re confident we can make a strong push to win this year, and that we have the foundation in place to win next year and for years to come,” Avila said.

Avila, by all accounts, is a smart baseball man, and he probably doesn’t believe one word of his own statement. But he said what Ilitch wanted to hear, which is why he’s the GM now and Dombrowski is looking for work.

Dombrowski, by the way, will be just fine, because teams will be bidding for his services.

I wish I was convinced that the Tigers can flourish in his absence, but the last time they won anything important without Dombrowski, I was still in college and Sparky Anderson was the manager. That was a few ice cream seasons ago.

Dombrowski was clearly the savior of the Tigers. I believe Mr. Ilitch, for all of his great moves over the years, might have made a catastrophic mistake that we’ll all be regretting long after he’s departed to that big baseball stadium in the sky.

Muskegon Risers women’s team puts up a good fight, but falls 3-2 to Midwest United in its inaugural home game