MUSKEGON – When the two bottom teams in the conference face each other, you might expect a bad game.

In the case of Fremont at Muskegon Catholic Central Friday night, you would be wrong.

Each team had big leads and bigger runs in the back-and-forth affair, with Fremont edging out its second win of the season, 50-46, in Lakes 8 Conference action. 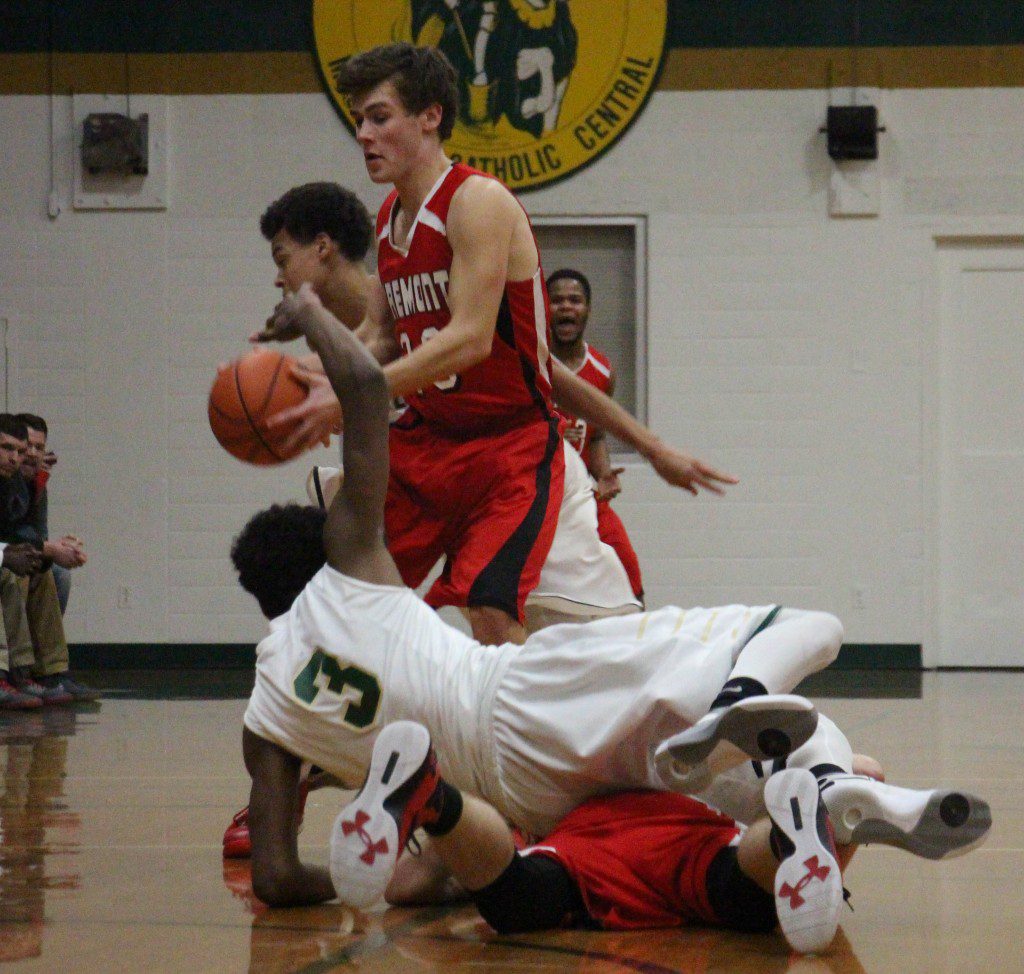 Fremont’s Mason McDowell gets the loose ball at half court. Photo/Jason Goorman

“We’ve struggled, we’ve had a lot of close games and we’ve struggled at one point in every game,” Fremont coach Pete Zerfas said. “We scrapped a lot of things and we went to a different system.”

Fremont rotated a group of seniors and a separate group of juniors and sophomores every three minutes throughout the game.

“The guys are enthusiastic, I’ve never done that (change systems) before.” Zerfas said. “We have 11 guys that dressed (including nine who scored) and everyone played almost equal minutes. I’ve been coaching 21 years and I’ve never once done that, but what the heck, try to figure out what works.”

It took a while for the changes to take effect, with MCC leading 14-7 after the first quarter.

The Packers found a groove in the second quarter. Dominick Byrne hit three consecutive field goals for seven points to get Fremont within two at 17-15.

Ben Schmidt tied the game at 17-17 and Connor Gronso gave Fremont the lead at 19-17 with five minutes remaining in the half.

The teams went back-and-forth down the stretch with Fremont taking a 24-23 lead at halftime. 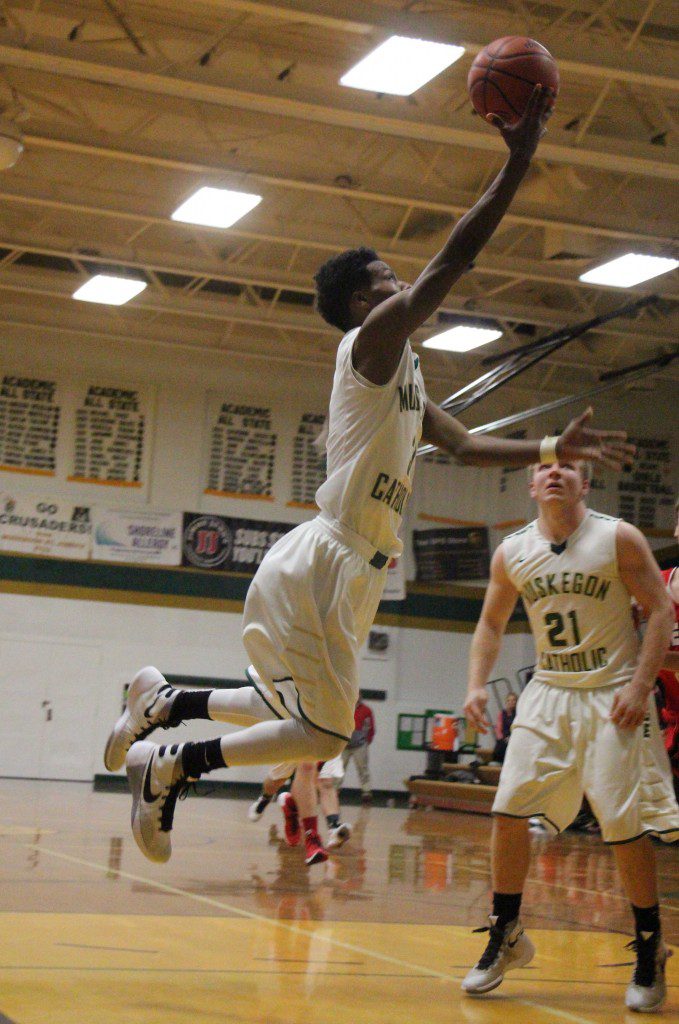 Fremont came out of the gate with a 10-2 run to go up 34-25 with 3:25 to play in the third quarter. Then the Crusaders fought back, scoring the next nine points to tie the game at 34-34 with one quarter to play.

“I think the kids battled back,” MCC coach Lamar Jordan said. “All we ask is to put yourself in a position to be able to win the game. I thought we did that, we just didn’t execute down the stretch.

“The game of basketball is runs, whoever has the most runs is going to win the game. If you win every quarter, you win the game. Tonight we didn’t do that.”

Fremont grabbed a 36-34 lead with 7:05 remaining and didn’t look back. It became a game of free throws and the Crusaders just couldn’t find their stroke.

MCC earned 11 free throw opportunities in the fourth quarter, but converted on just four. Fremont hit eight of their 11 free shots down the stretch to secure the win.

“We’re working every day on (free throws), we’re trying to get better at it, but that’s been our Achilles heel. We haven’t shot extremely well,” Zerfas said. “I thought we attacked the basket better and didn’t settle for threes tonight and that helped a lot.”

MCC’s Christian Martinez led all scorers with 15 points and was the only shooter in double digits.

Fremont was led by Schmidt with nine points. 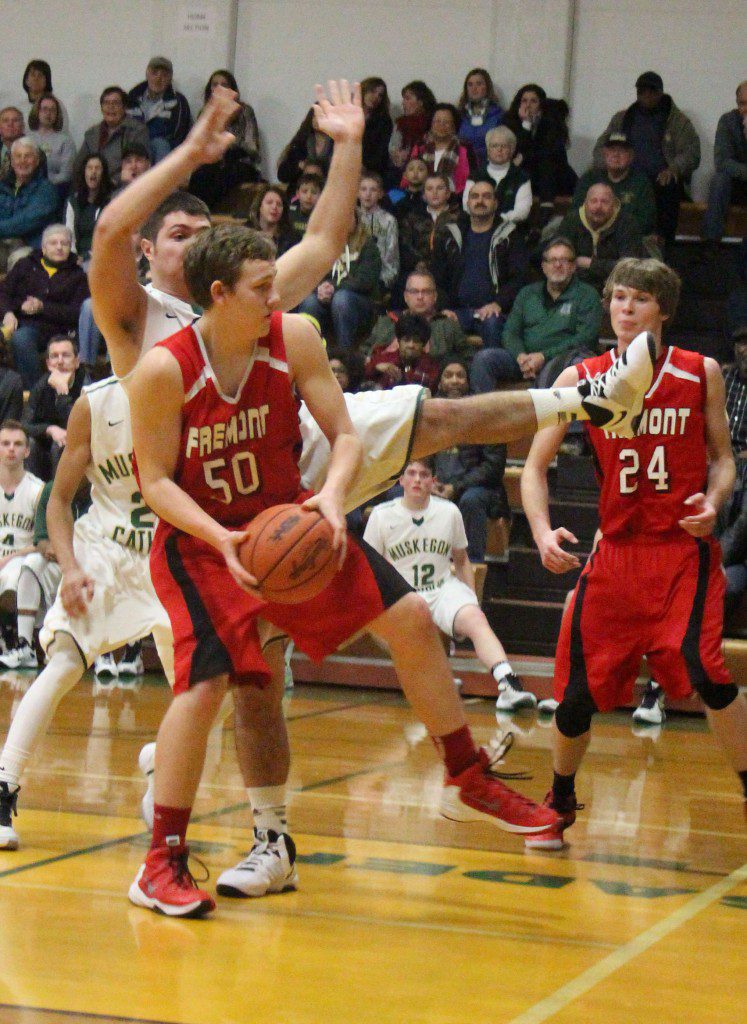 A loss that paid off: The end of Muskegon’s long winning streak brought out the beast in All-Stater Deyonta Davis