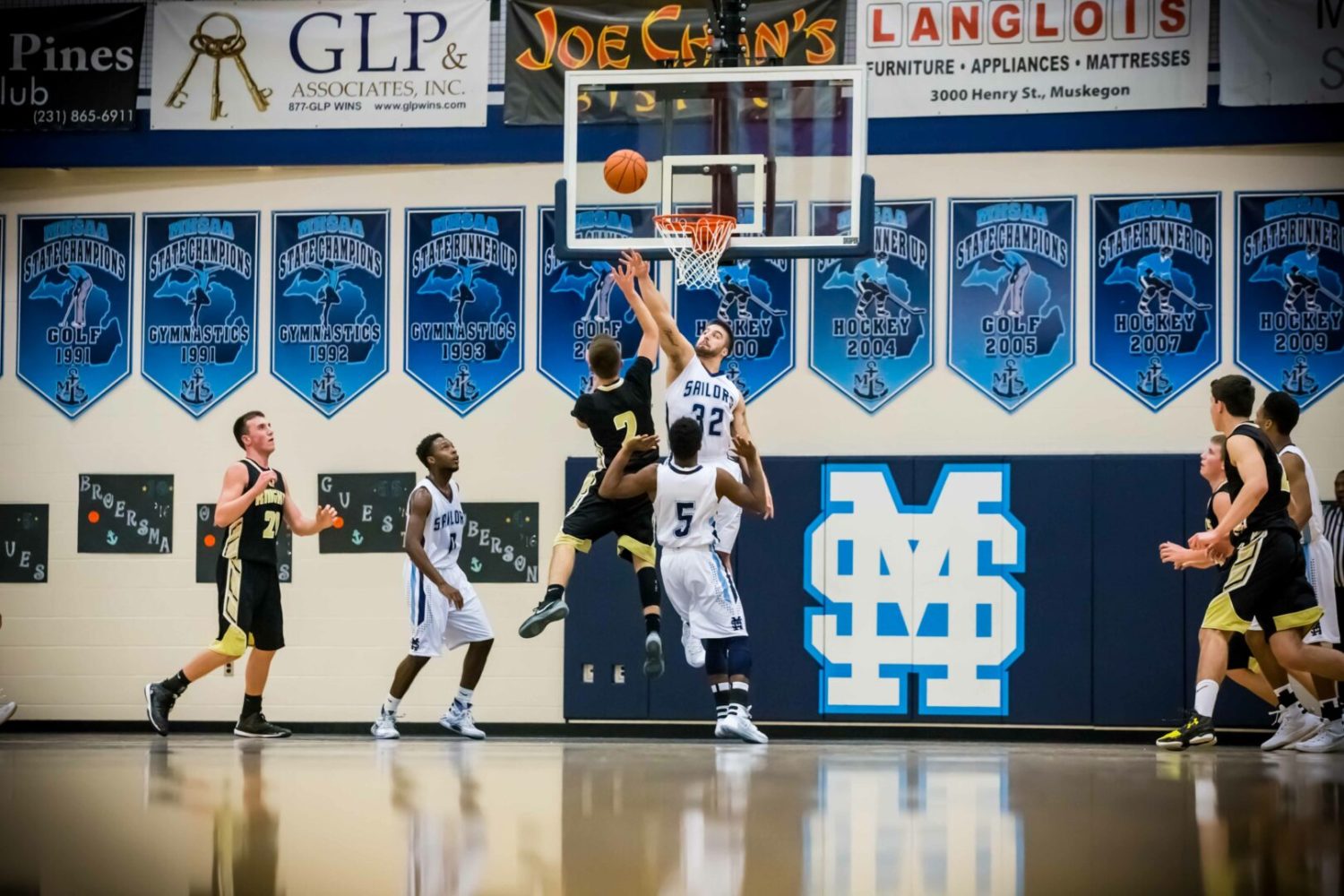 It sounds so simple, but with the Sailors, it’s easier said than done.

Mona Shores took a 37-32 lead into the fourth quarter against Kenowa Hills on its own court. But the Sailors went scoreless for nearly five minutes in the fourth quarter, and the Knights surged down the stretch to steal a 47-43 victory. 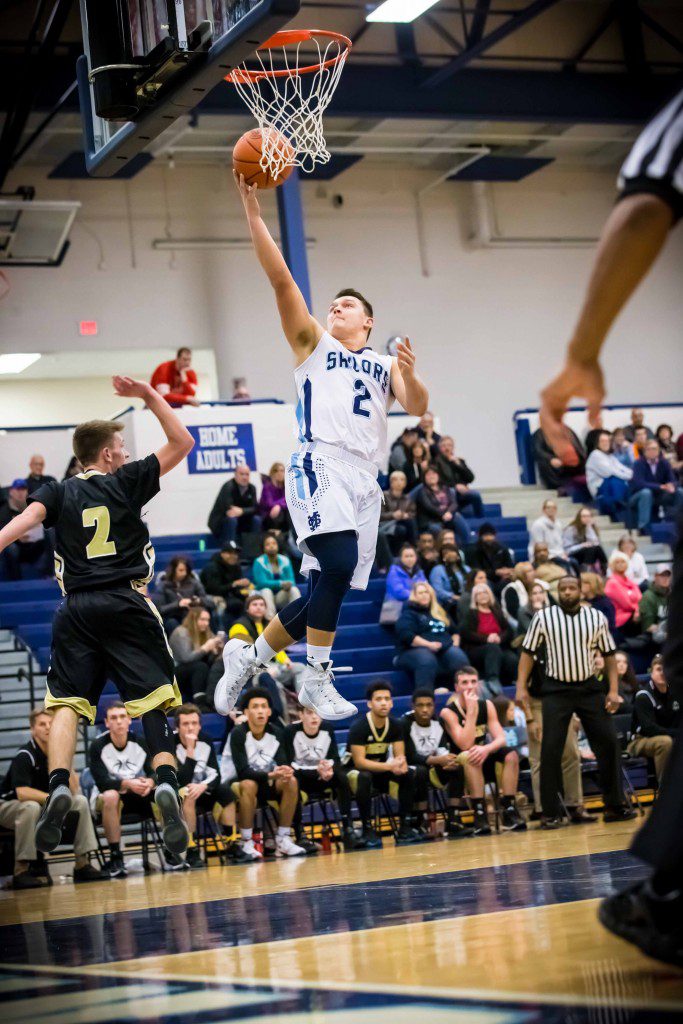 The setback drops Mona Shores to 2-7 overall and 0-3 in O-K Black Conference action. Kenowa Hills improves to 5-2 and 2-0 in the league.

The Knights picked up their defensive intensity a notch in the fourth quarter, causing the Sailors to turn the ball over on four of their opening five possessions.

“We got a little sloppy taking care of the ball, and they were really active with their hands and disrupting the passing lanes,” said Mona Shores coach Gene Gifford. “But we had a five-point lead and then we go five minutes without a score. We just have to finish because we had good shots.”

The Sailors still had plenty of chances for the win in the closing minute. They trailed 42-41 with 52 seconds remaining, and Gifford had his squad employ full-court pressure as the Knights took the ball out-of-bounds.

Kenowa Hills threw deep to half court to sophomore center Zach Kregel, who was being guarded by the Sailors’ Hunter Broersma.

Broersma appeared to have the pass tracked down — much like he did as a defensive back on the Sailors’ football team — but Kregel hauled in the heave, drove to the hoop and was fouled while converting a layup on a huge game-changing play.

The Sailors responded quickly with a driving layup by Kobe Burse, who drew a foul on the play but missed the ensuing free throw to keep the Knights up two. Mona Shores got a defensive stop, but the Sailors missed a potential game-tying layup and 3-pointer with under 11 seconds left , helping the Knights escape with the win.

“We missed a lot of close shots, but a lot of that was (Kenowa Hills) being aggressive on our layups,” Gifford said. “I thought we executed our offense very well tonight. But again, we just got to finish shots.”

Mona Shores’ defense was superb throughout the game, and the Sailors also crashed the boards very well, led by the effort of Burse, who grabbed 10 rebounds. In the process, he surpassed 550 rebounds in the first quarter to become the school’s all-time leader in that category.

The Sailors led 16-9 after one quarter and maintained a 24-21 lead at halftime, thanks to the effort of senior guard Deandre Oakes-Owens, who scored six of his team’s eight points in the second quarter. 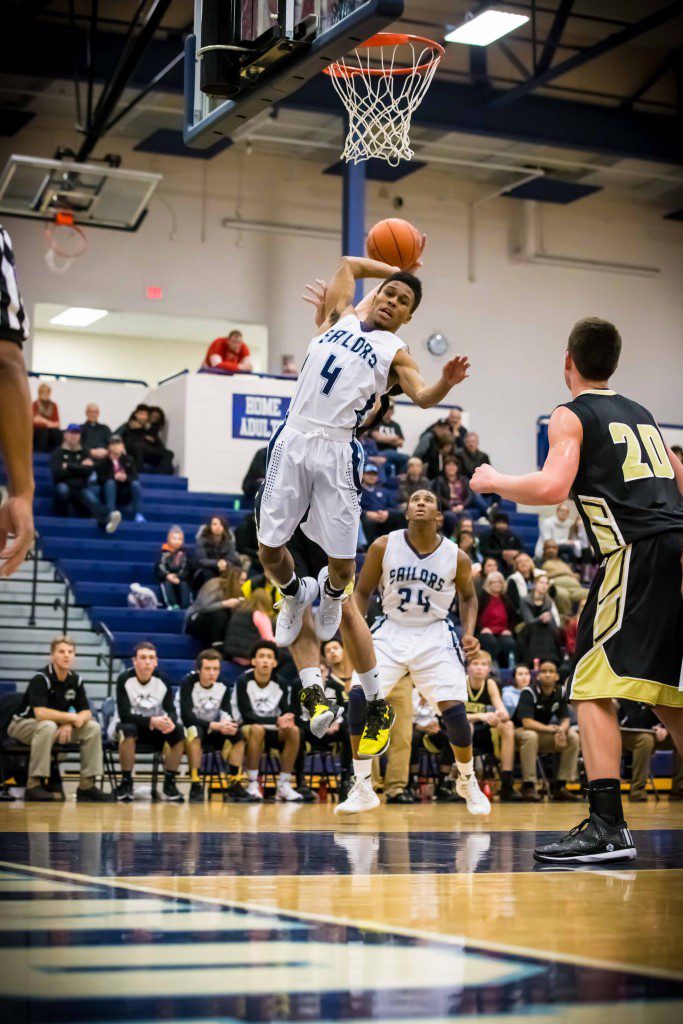 Darece Roberson tries to pull down the rebound for Mona Shores. Photo/Tim Reilly

But clutch scoring down the stretch was painfully lacking for the Sailors.

“We had four players in double figures in our last game,” Gifford said. “If we had three tonight, we probably win.”