MUSKEGON – If there ever was a good night for the Muskegon Community College men’s basketball team to post a key victory at home, Monday was it.

The Jayhawks hosted Lansing Community College, the top-ranked team in the nation in junior college Division 2. The Stars came in with an 18-game winning streak and a plan to make the Jayhawks their nineteenth victim.

The visitors looked like they might execute that plan, leading by as many as seven points halfway through the first half.

Will Roberson slices through the lane for two Jayhawk points. Photo/Joe Lane

But the Jayhawks maintained their composure and rallied for an exciting 95-81 victory in a Michigan Community College Athletic Association Western Conference contest at Bartels-Rode Gymnasium.

MCC improved its record to 14-5 on the season and 5-2 in the conference.

The Jayhawks, who are ranked 17th in the nation, are now in third place in the conference, one-game behind Lansing Community College.

“It was a great win for us and the city of Muskegon,” said MCC Coach Dave Schlump, whose team lost three times to LCC last season. “I will be honest will you, at home we expect to win this game.”

MCC was led by Marcus Tumblin with 22 points, while Eddie Tornes added 20 points and grabbed 14 rebounds. Will Roberson Jr. chipped in 14 points and six assists.

Tumblin and Tornes each had four 3-pointers.

The Jayhawks outrebounded the Start 55-49, and were particularly effective on the offensive boards, outscoring the Stars 29-11 in second chance putbacks.

“We outrebounded a team with a significant height advantage,” Schlump said. “We always talk about rebounding being an effort stat, and we rebounded as a team and not individually.”

The Stars jumped out to an 11-5 lead with 16:28 left in the first half. Jimmy Kodet scored five points during the run for LCC, while Javon Haines had four.

The Jayhawks responded with a 6-2 run, but the Stars regained the momentum to take their largest lead of the night, 23-16, with 9:36 left in the first half.

Jamarie Collins gets past Lansing’s Edward Smith through the lane. Photo/Joe Lane

MCC gained its second lead with a 20-12 run, sparked by a balanced scoring attack.

The Stars scored the next four points to take a 39-36 lead with 2:58 left in the half. But that was LCC’s final lead of the contest.

MCC scored the final eight points of the first half and led 44-39 at the break, then held the advantage throughout the second half.

“We are a veteran team,” Schlump said about this team’s ability to overcome the early deficit. “We know that the game is not won or lost during the first five minutes in the contest.”

The Stars outscored MCC 14-6 during the first four minutes of the second half to cut their deficit to 53-50, but that was as close as they got. The Jayhawks scored 11 of the next 14 points to take full control of the game.

MCC closed out the victory with strong free throwing shooting.  The Jayhawks were 20-for-25 from the line during the second half and 25-for-36 in the game.

LCC only scored 14 points from the line.

“They played really good tonight,” said LCC Coach Mike Ingram. “We had won 18 games in a row. There had been a little pressure being No. 1 since Dec. 9.  I could tell the guys were feeling it a little bit.

“I would say Muskegon outplayed us today.  Their best players played really well.”

The Stars were led by Haines with a game-high 32 points, while Kodet added 18 points and 10 rebounds. 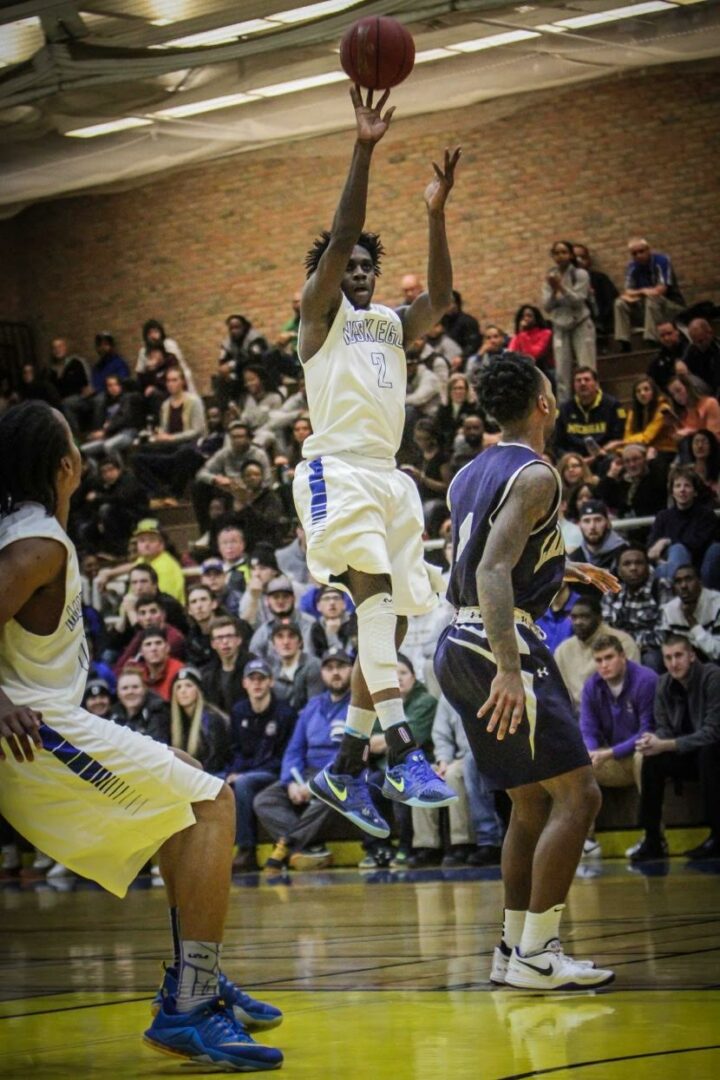 The Jayhawks Eddie Tornes gets up for the jump shot. Photo/Joe Lane 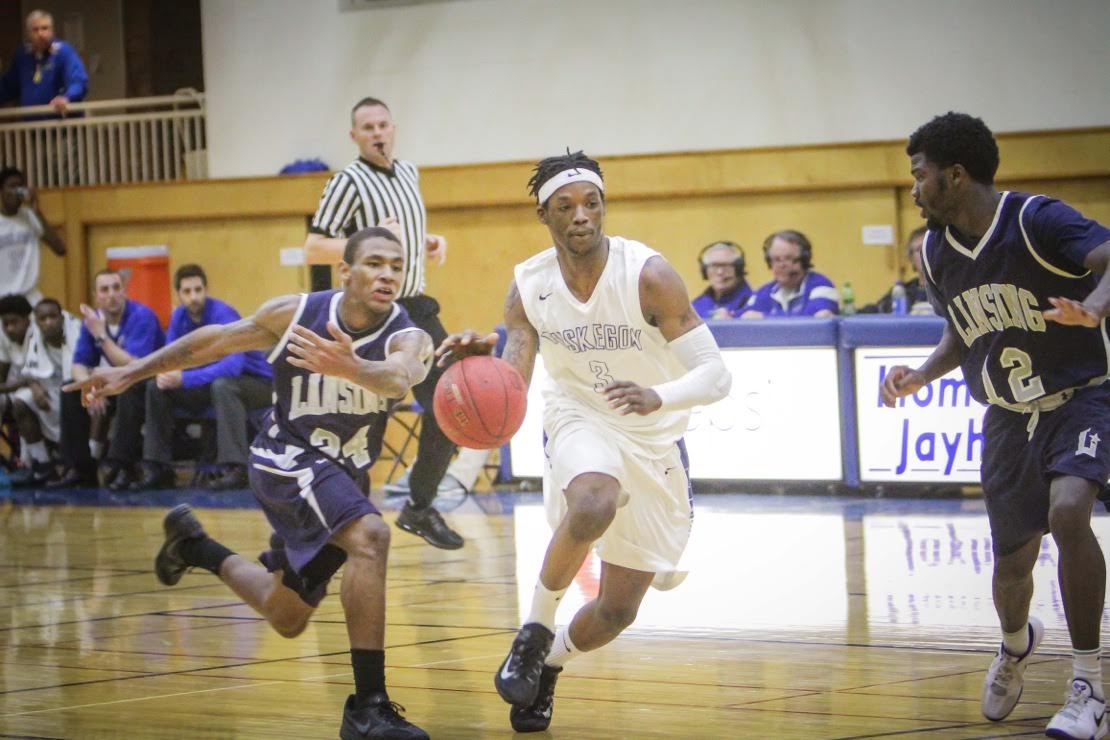 LSJ Gridiron Playoff Picks: The worst picker will be eliminated every week, until the last man is standing