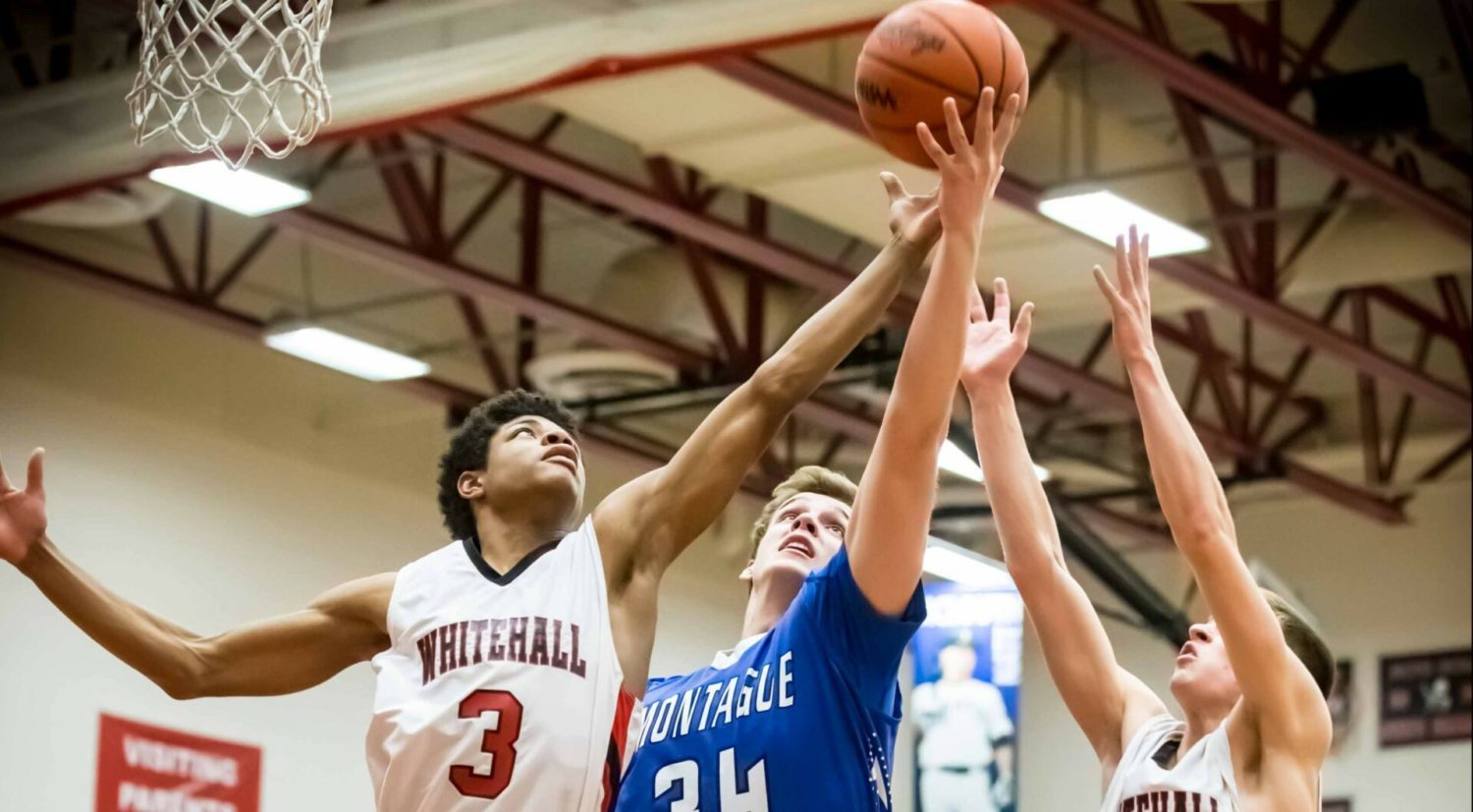 WHITEHALL- The team that wins the West Michgan Conference boys basketball title will certainly have to earn it this year.

Nearly every team is competitive, and anyone can give anyone fits on any given night.

The Whitehall Vikings came into Tuesday night’s game against neighborhood rival Montague holding the top spot in the conference and fighting for their first league title in 15 years.

The Vikings jumped out to a quick lead, but then had to survive a late flurry by Montague to get away with a 62-51 at their home gym.

“The league is good,” said Whitehall Coach Nate Aardema, whose team improved to 6-0 in the conference and 8-1 overall. “We’ve had only one game that was comfortable. Tonight could have been, but the next thing you know we were in a fight.”

The Vikings jumped out to a 17-4 lead after the first quarter on a pair of 5-0 runs, one to start the game and one that finished the quarter.

Lucas Schumm scored seven of his game-high 21 points for the Vikings in the first quarter.

Whitehall maintained momentum during the second quarter, taking two 20-point leads at 28-8 with 2:51 left and 32-12 with just over a minute remaining.

The Vikings largest push of the quarter was a 9-0 run on in span of four minutes.

Whitehall’s CJ Watson scored eight second-quarter points and ended the night with 12 points, 11 rebounds, three steals and three assists, despite playing with four fouls during the second half.

“For CJ to play through foul trouble was great for us,” Aardema said. “I felt bad for him, and I wanted him to play in front of this crowd despite having foul issues.”

The Wildcats showed some life during the third quarter, scoring two more points (16) during the stanza than they scored during the entire first half.

Merritt Hamann scored six of his team-high 12 points during the third quarter for the Wildcats.

The Vikings matched Montague’s intensity in the third quarter, scoring 14 points, with six from Keenan Aylor and five from Watson.

Montague saved its best for last, scoring the first nine points of the fourth quarter.

Jacob Buchberger led the Wildcats during the run with five free throws, including four following a Whitehall technical foul. The Wildcats cut their deficit to 46-39 with six minutes left to play.

But that was as close as Montague would get, because the Vikings closed the game on a 13-5 run.

“I am proud of how we played during the second half,” said Montague Coach David Osborne. “For a lot of our guys it’s understanding what it’s like to be a part of a big game and you cannot come out and fall behind by 18 points at halftime.” 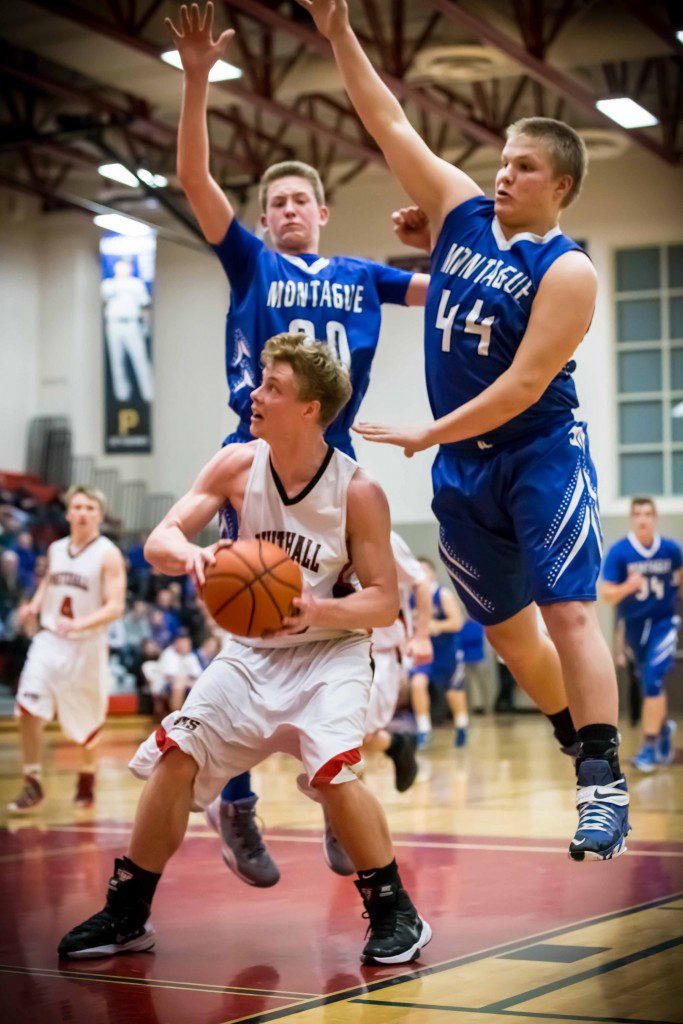 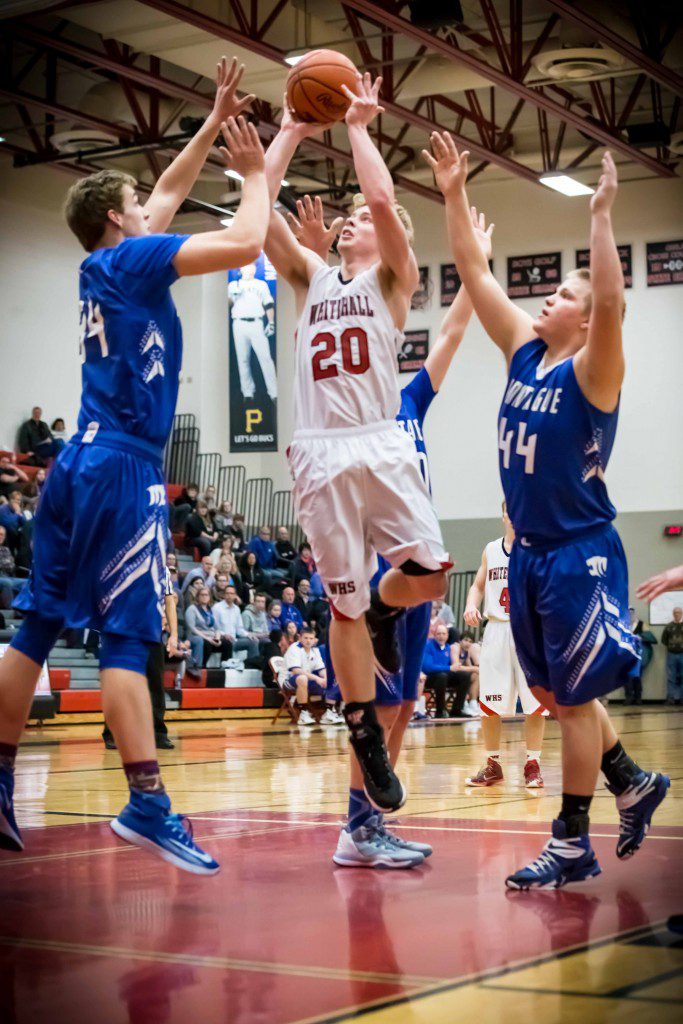 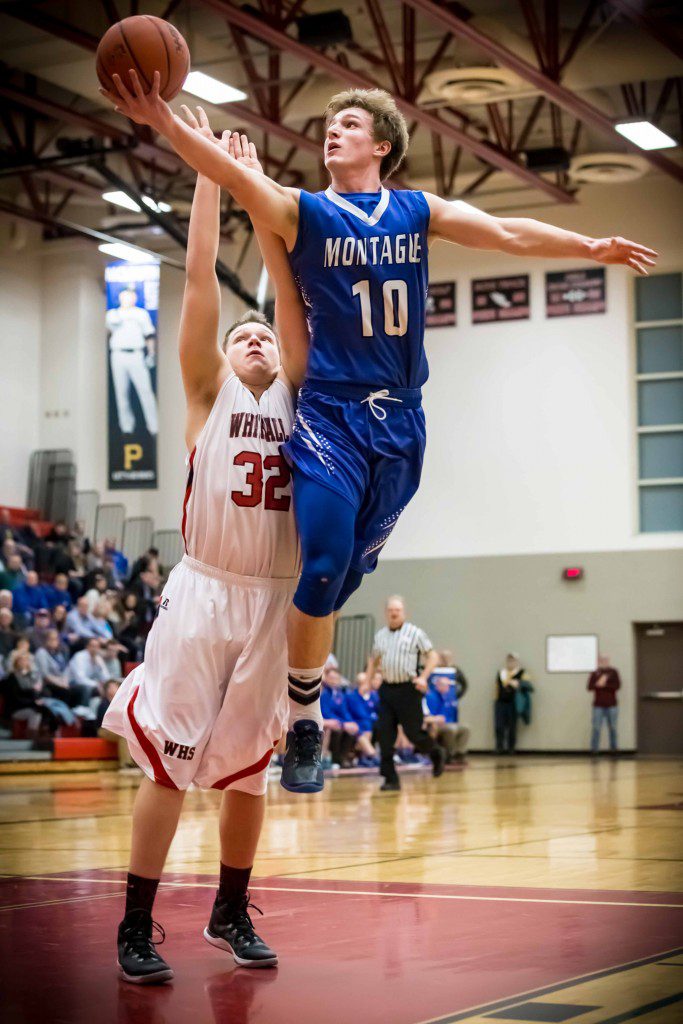 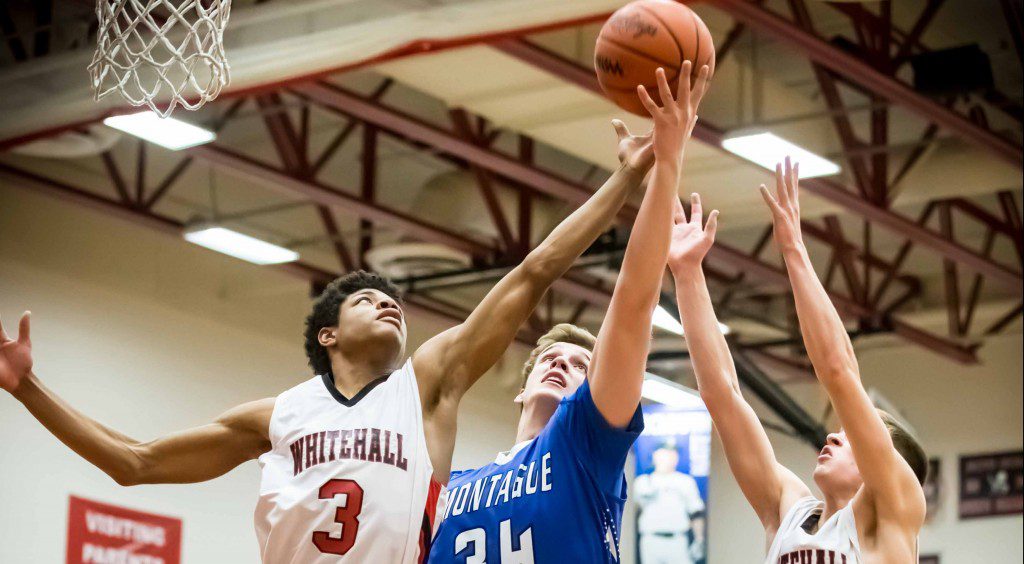 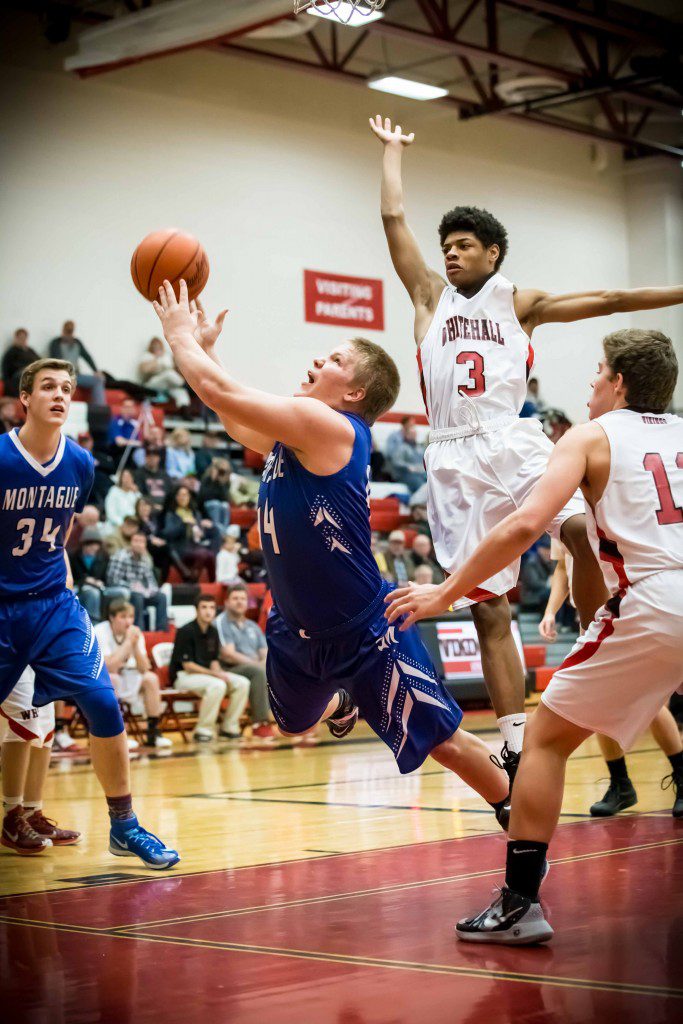 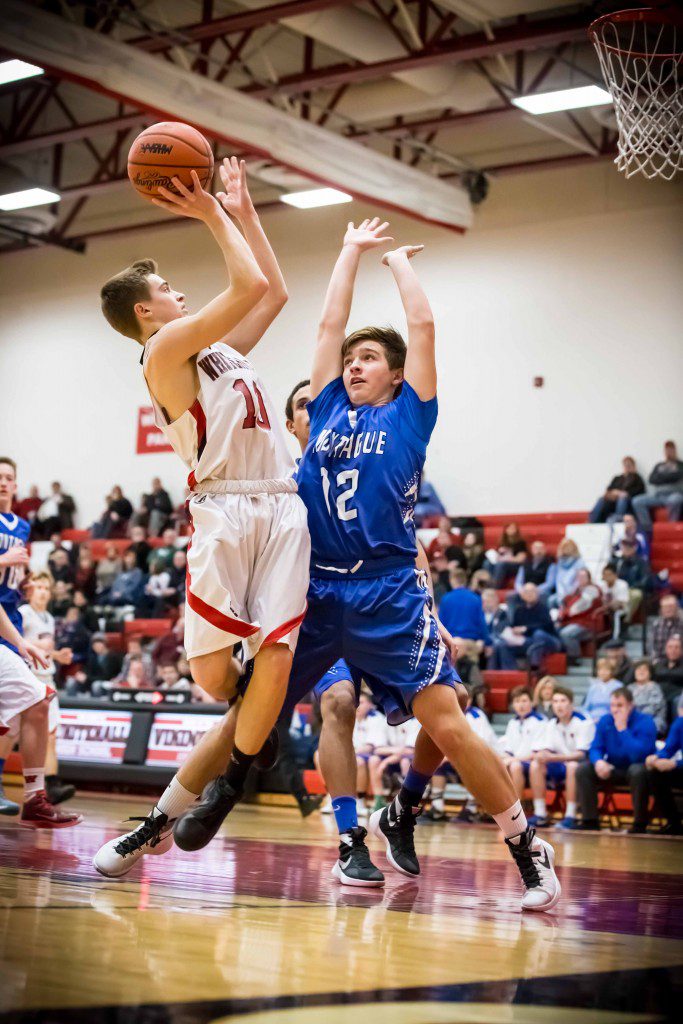 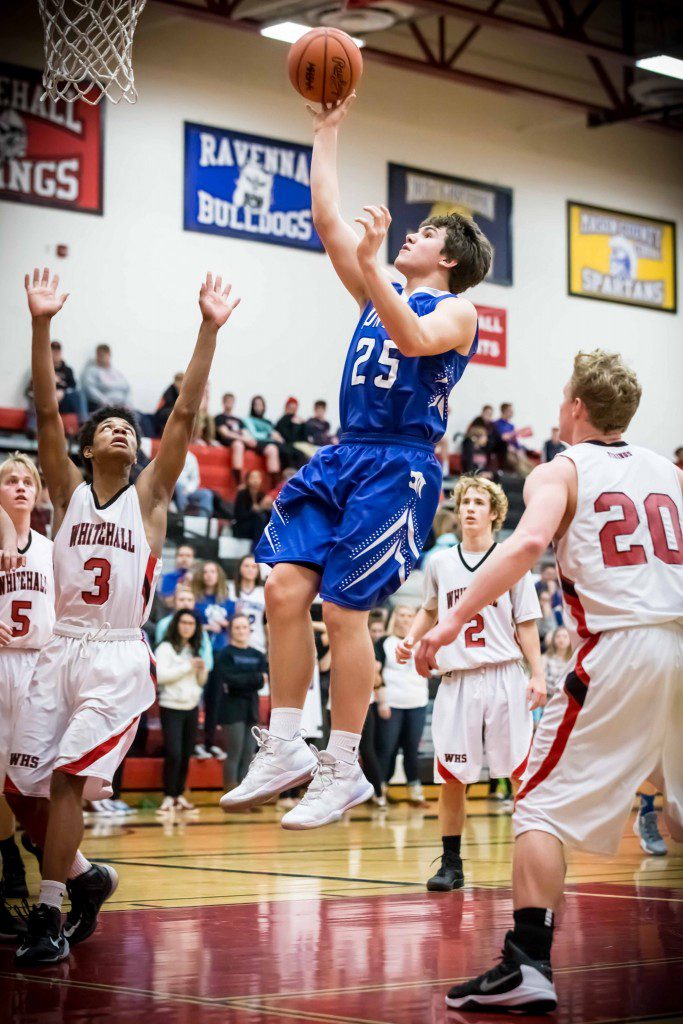 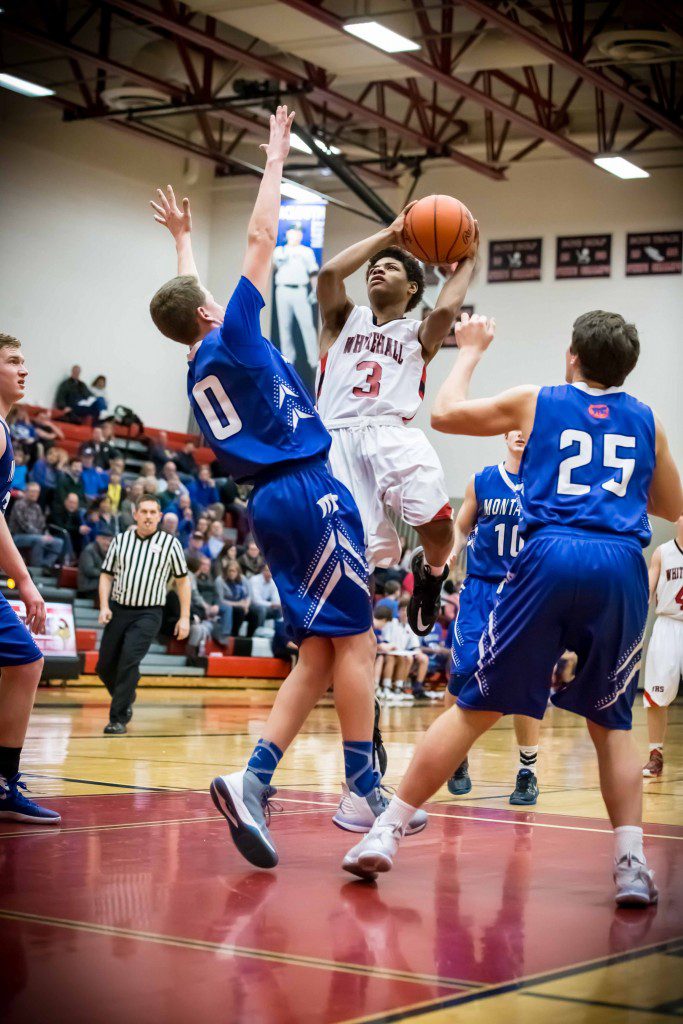 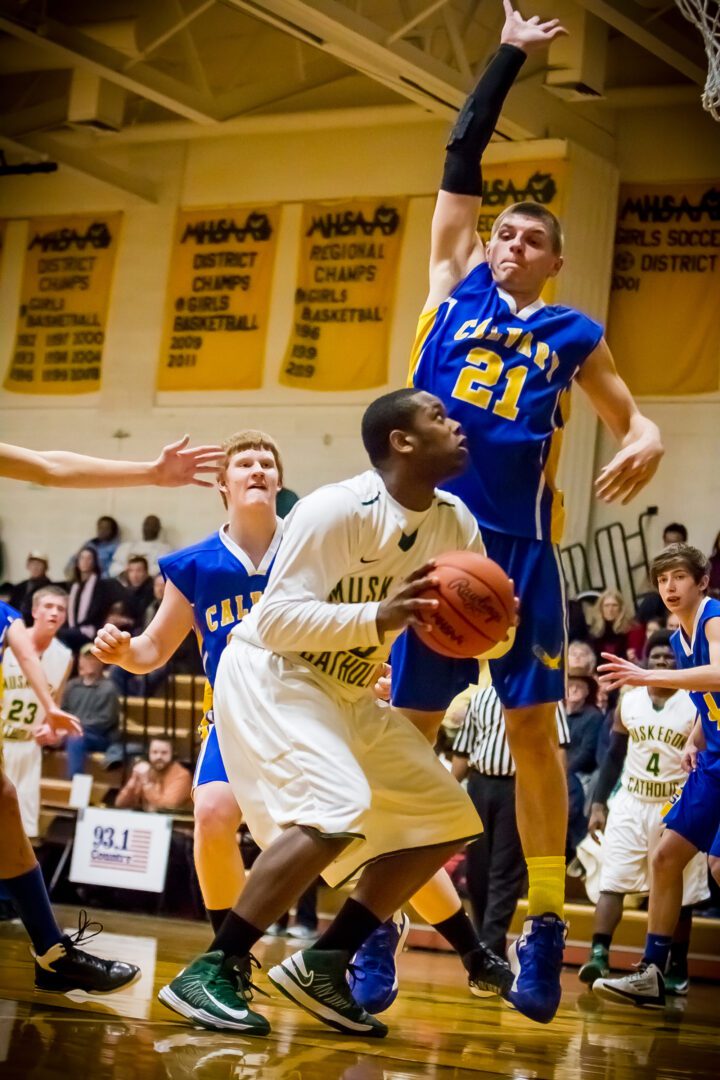