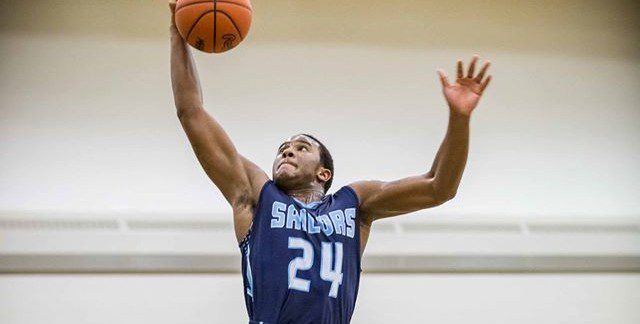 Kobe Burse scored 12 of his 16 points in the second half as Mona Shores pulled away with a 68-57 win over host Western Michigan Christian in boys basketball on Tuesday night.

The Sailors shot a sizzling 14-of-15 at the free throw line with Darece Roberson hitting all six of his attempts in the final minute to seal the non-conference victory. 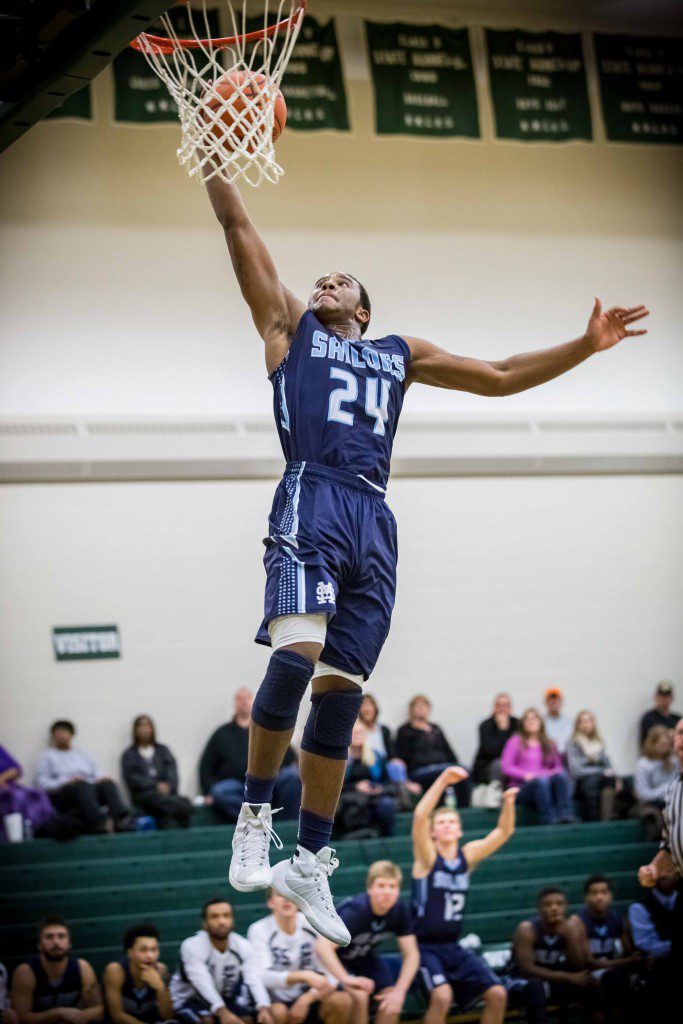 Kobe Burse glides in for the Mona Shores dunk in the fourth quarter to put the Sailors up 60-52. Photo/Tim Reilly

WMC’s Jared Varnado scored seven of his game-high 18 points in the fourth quarter to help WMC cut its deficit to 60-55 with just under two minutes to play. Mona Shores had led by as many as 17 points late in the third.

But Burse drained two free throws and Roberson followed with his six to put the Sailors up 66-55.

Mona Shores built a 18-12 first quarter lead after Tyler LeMense drained a 3-pointer at the buzzer. Ke’Vonte’a Pegues opened up the second quarter with a pair of buckets and the Sailors led 30-21 at half.

DeMonta Bartee paced the Warriors from the outside with 14 points which included four 3-pointers. Chris Hain added 10 points, six coming in the fourth.

The Sailors’ Hunter Broersma stepped up with 11 points on the night including a two-handed dunk on a tight break away in the first quarter. 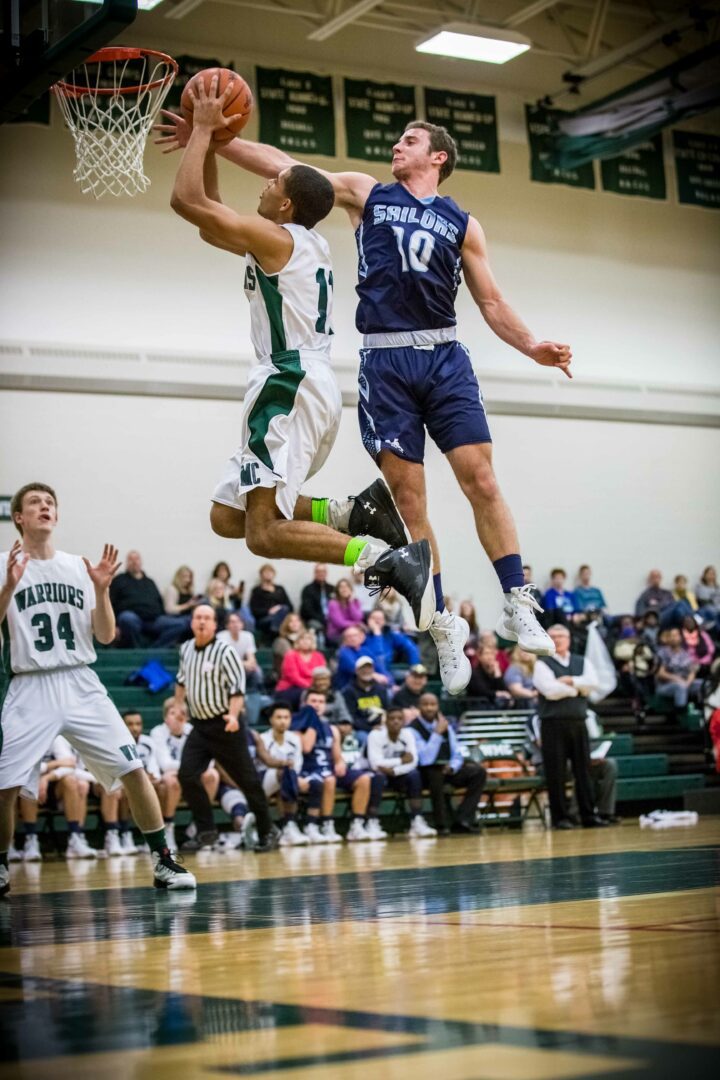 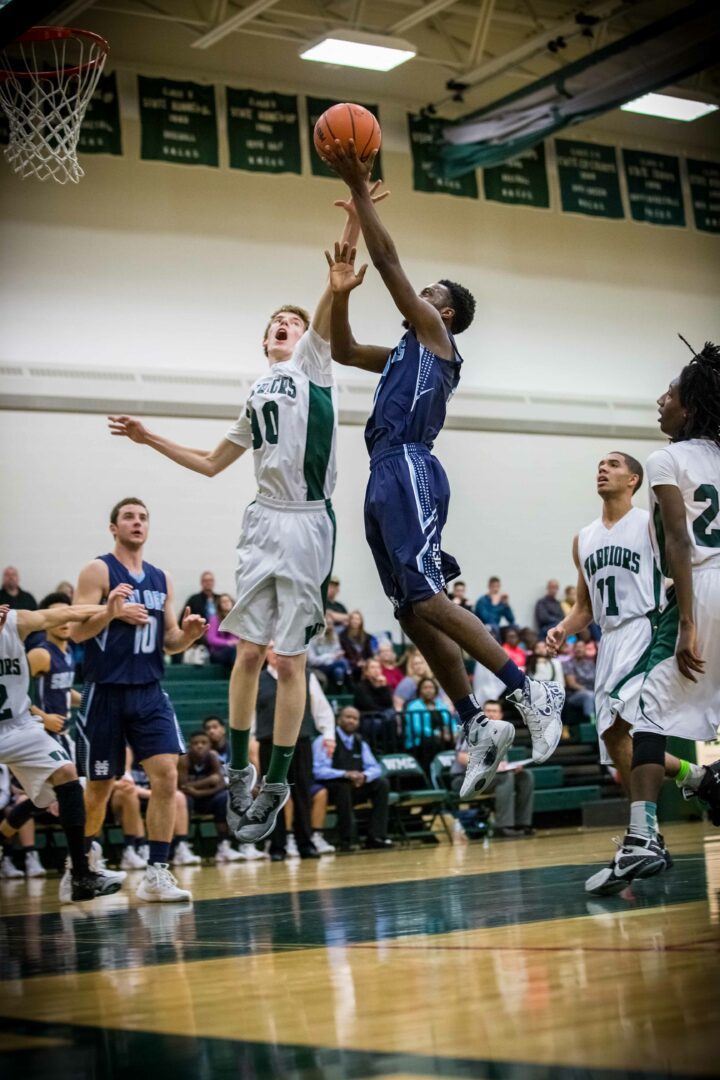 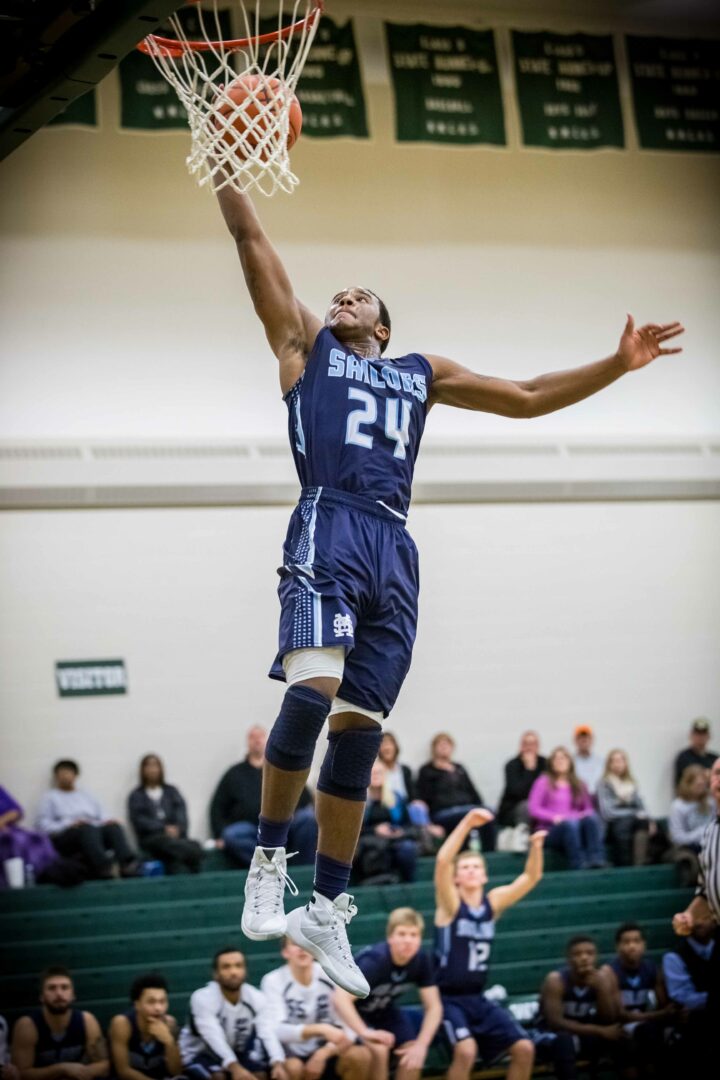 Kobe Burse gets up for the Mona Shores dunk in the fourth quarter to put the Sailors up 60-52. Photo/Tim Reilly 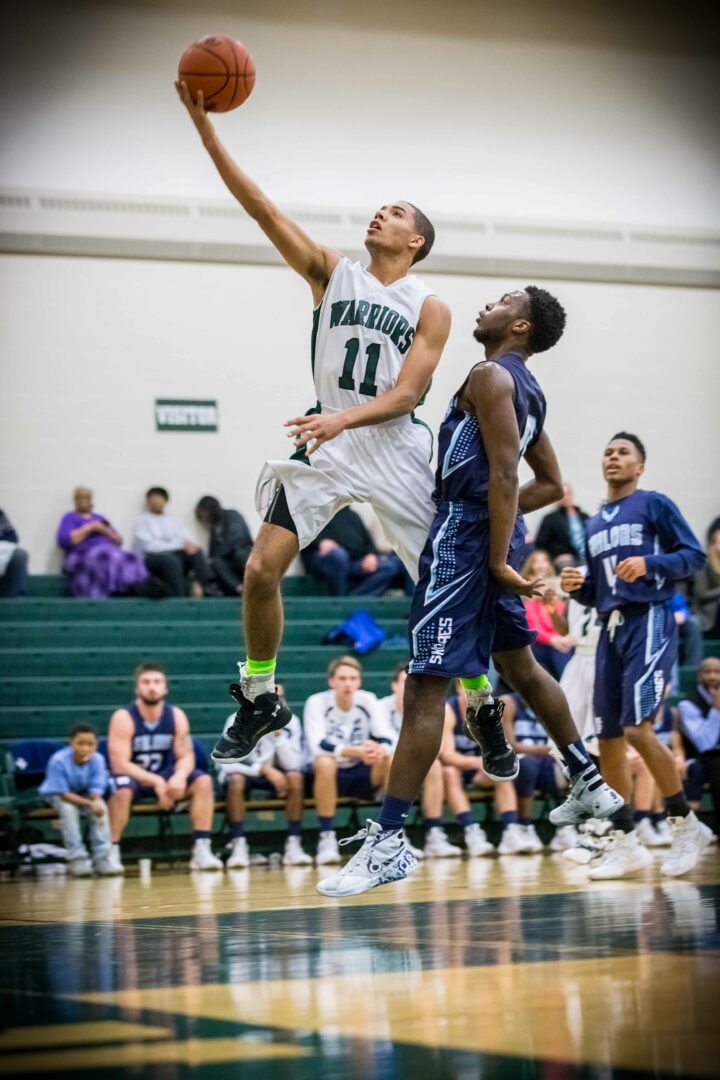 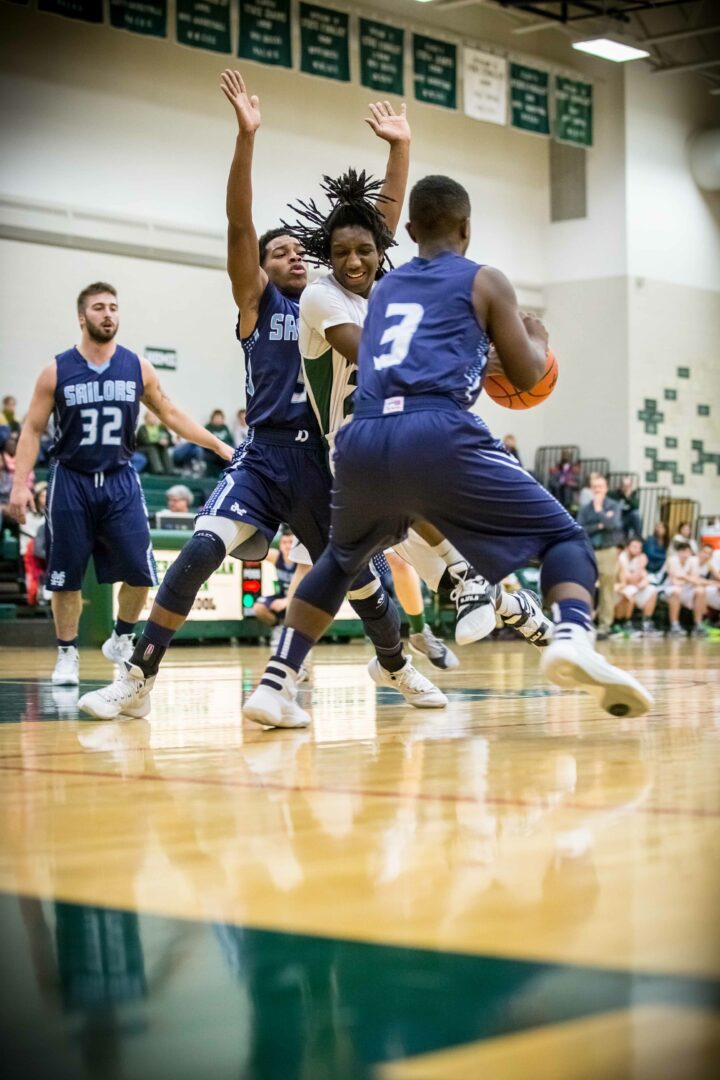 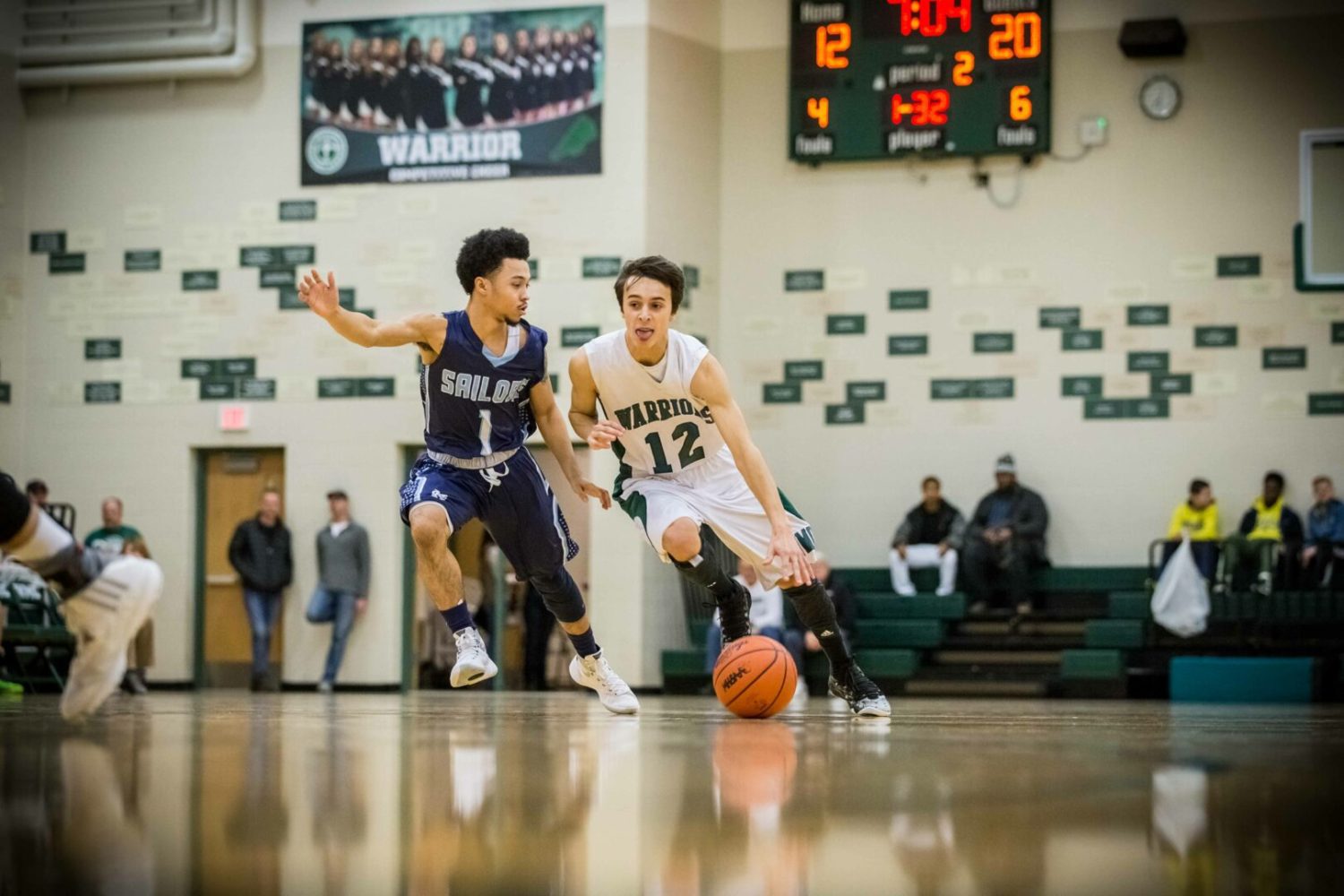 No. 12 Garrett Kraker for WMC is guarded by Archie Petty. Photo/Tim Reilly 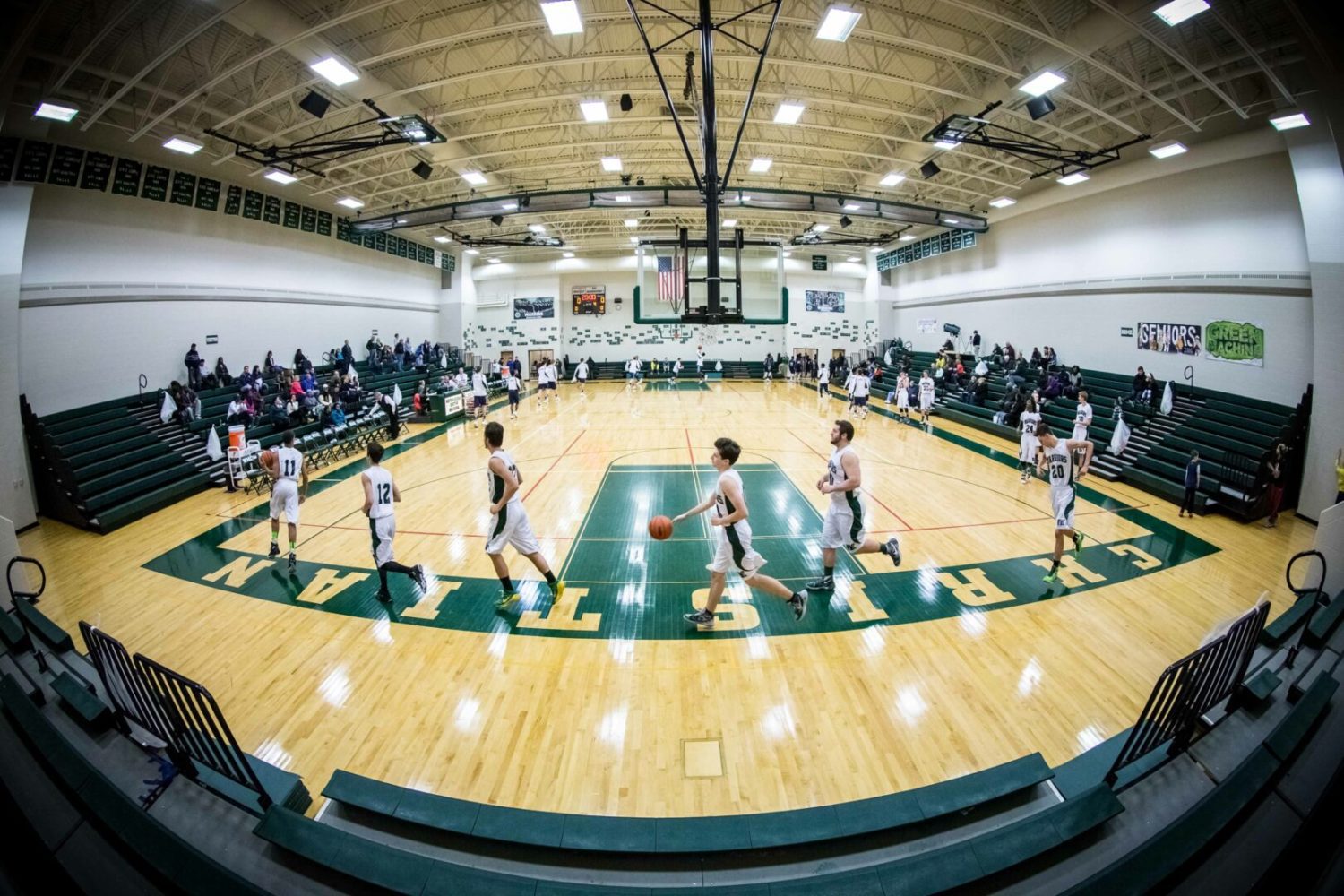 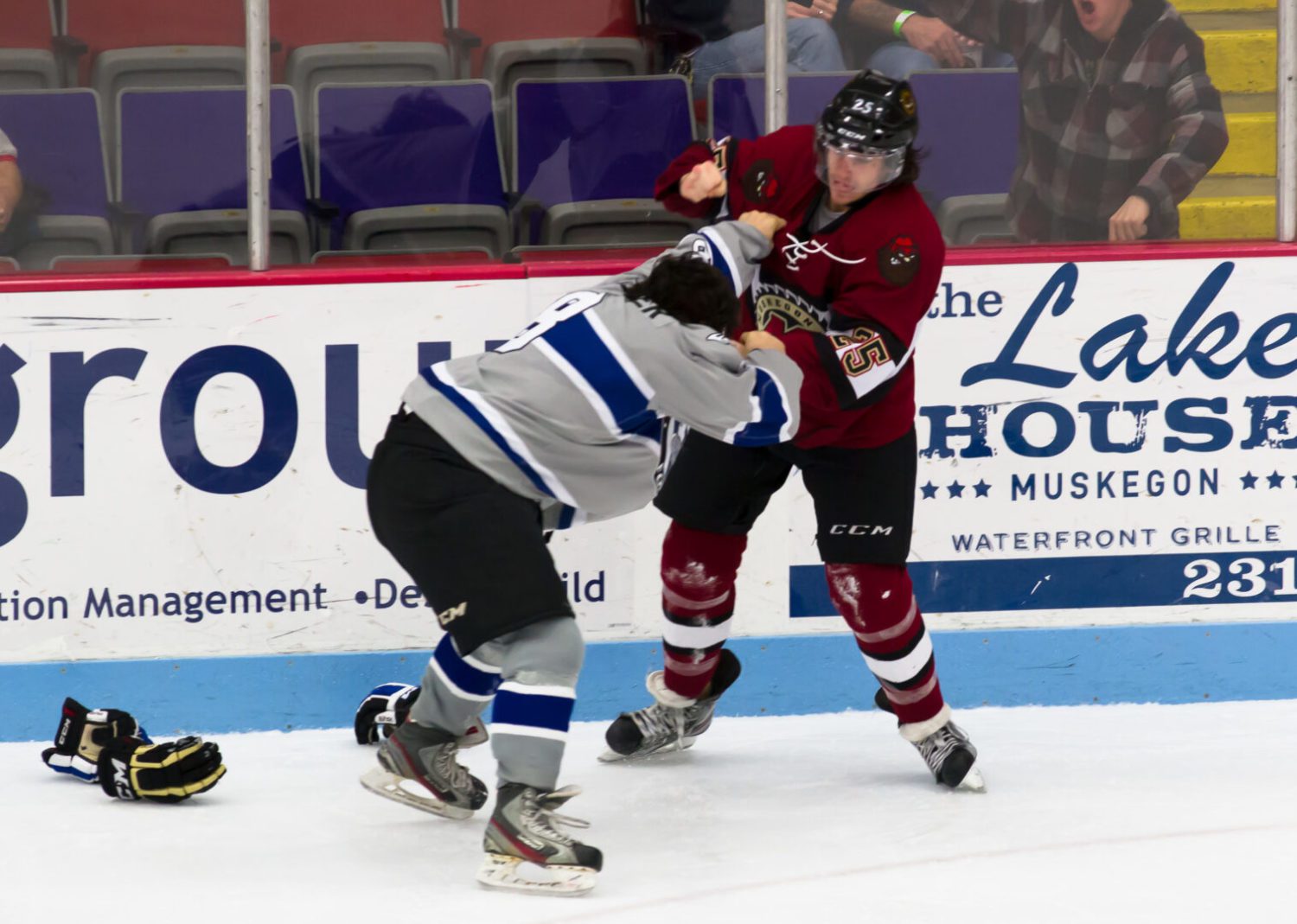