MUSKEGON – No matter what happens the rest of the way, Muskegon Lumberjacks fans can say they had the pleasure of watching Rem Pitlick this season.

Pitlick, the United State Hockey League’s leading scorer, had two goals and one assist on Friday to lead the Lumberjacks to a 5-4 victory over Sioux Falls in front of 2,038 fans at L.C. Walker Arena.’

The victory ended a three-game winless streak for Muskegon. 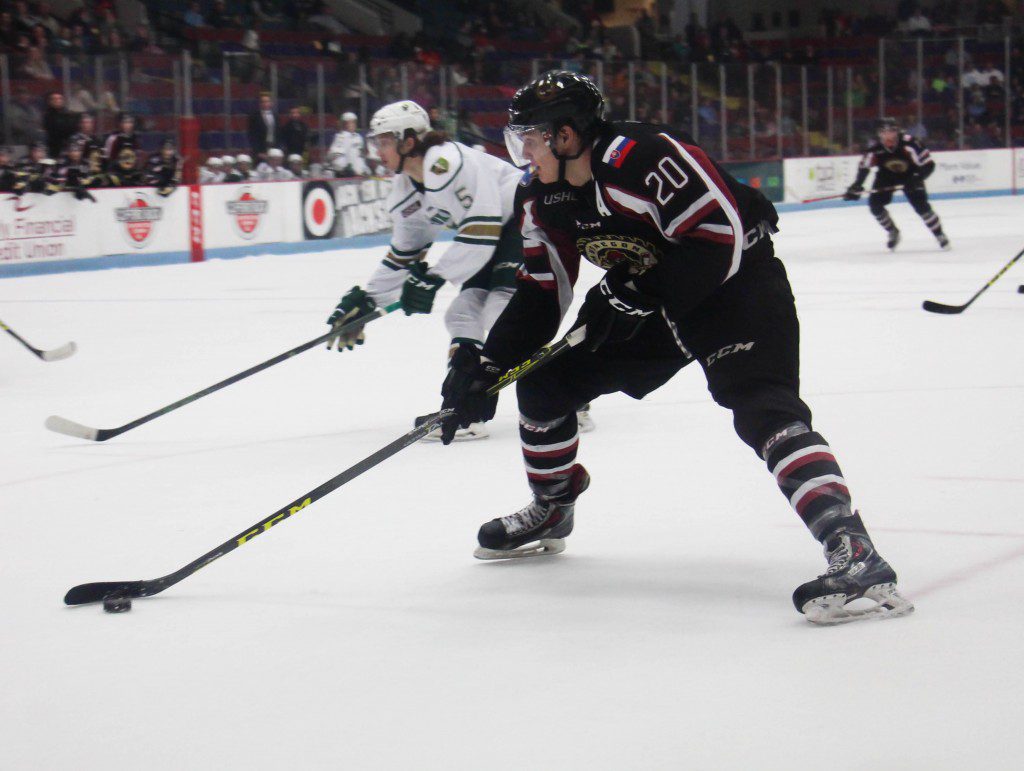 No. 20 Matej Paulovic brings the puck toward the net on the night he tallied his 100th point. Photo/Jason Goorman

Pitlick now has 35 goals and 31 assists on the season.

“These guys have been good all year,” Lumberjacks Coach Todd Krygier said about Pitlick and Paulovic. “I am very proud of them because they work hard and they are humble guys and they deserved what they got.”

Friday’s victory left the Lumberjacks with a 21-22-6 record, good for 48 points and seventh-place in the nine-team Eastern Conference.

The Jacks are 16 points behind fourth-place Bloomington in the race for the last playoff spot in the confewrence. They have 11 games left, and could earn a maximum of 22 points if they won every game.

On the bright side, Friday’s game was the first of seven home games in a row for Muskegon, so they have a chance to make up some ground in the standings.

But as Krygier knows from experience this season, nothing can be counted on with the inconsistent Lumberjacks.

“I’ve thought that about 10 times this season,” Krygier said. “We got two (points) tonight and we will see how it goes tomorrow.”

The Jacks came out strong against Sioux Falls building a 2-1 lead after one period and 5-2 at the second intermission. The Musketeers scored twice in the third period to make things interesting, but Muskegon held on for the win.

The Musketeers opened the scoring 4:33 into the contest on a goal from Phil Knies.

Muskegon tied the game 1-1 when Pitlick buried a shot on a rebound off the backboards following a Collin Adams shot at 8:53 of the first period. Adams and Logan Drevitch were credited with assists.

Pitlick gave the Lumberjacks a 2-1 lead with 37 seconds left in the first period with an assist from Paulovic.

The Lumberjacks added to their lead 32 seconds into the second period with a goal by Lucas Michaud. Charlie Gerard and Tyler Irvine assisted on the tally.

Sioux City cut its deficit to 3-2 with a power play goal by Teemu Pulkkinen at the 7:57 mark of the second period.

Muskegon regained its two-goal lead with a power play goal from Grant Gabriele at 13:57.  Adams and Paulovic has assists.

Derek Daschke added a goal at 18:16 to give the Lumberjacks a 5-2 lead. Pitlick picked up the lone assist on the tally.

The Musketeers cut their deficit to 5-4 with a pair of goals early in the third period from Eeli Tolvanen and Pulkkinen, at the 2:44 and 5:35, respectively.

But the Jacks hung on the rest of the way to collect the win. 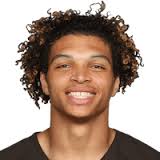