Deyonta Davis fans are still proud of him, even though he dropped in the draft.

MUSKEGON – Deyonta Davis is headed to the Memphis Grizzlies.

That’s all that the crowd assembled at Racquets in downtown Muskegon cared about on Thursday night.

Of course they were hoping Davis would be a lottery pick, which was predicted by many so-called experts. But he fell to the 31st pick overall – the first pick of the second round – where he was taken by the Boston Celtics.

Deyonta Davis gets interviewed on television after being selected 31st overall and first in the second round of the 2016 NBA Draft.

The Celtics had a trade arranged with Memphis, so that’s where Davis is going.

Second round picks don’t get guaranteed contracts, but Davis’ Muskegon fans are confident he will do well in the NBA, all the same.

“DD’s in the league so we’re happy,” said Jose Loera Jr., a cousin of Jason Loera, a former teammate of Davis at Muskegon High School.

“He made a decision for his family and for him,’ added Loera, who was one of the organizers of the draft watch party at Racquets. “I have no clue (why he dropped so far). Everything we saw said he was projected to be a lottery pick. 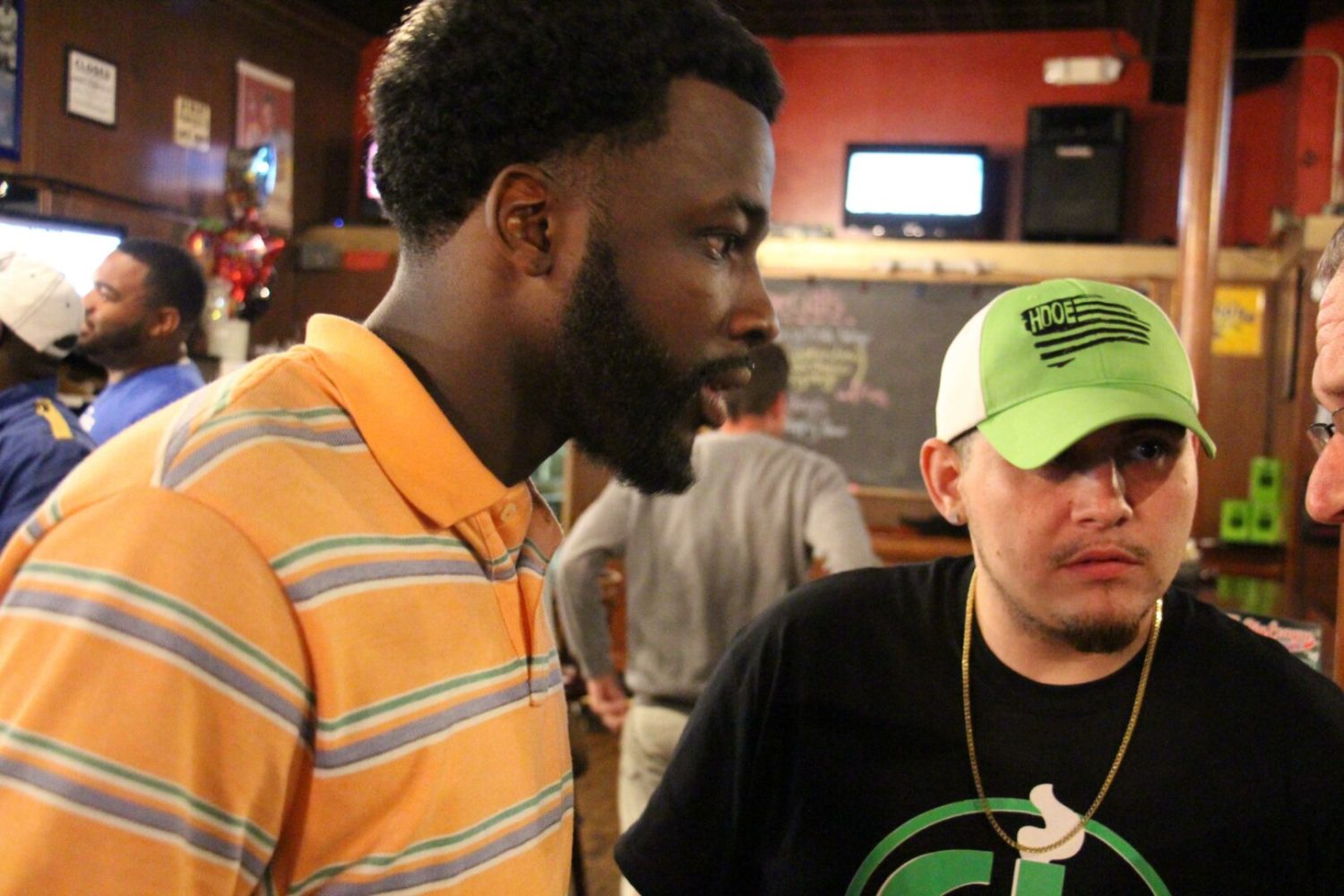 “If he had stayed at Michigan State he would have risked injury. He did what he had to do and made it happen. We’re very happy for him.”

About 45 excited people were at the draft party early, but their spirits faded and many left as the first round of the draft passed and Davis wasn’t picked.

The fans were teased more than once when several first round draft picks with names starting with the letter “D” were announced, but were not Davis’.

“It was all right,” Loera said. “We had a good time. We were with good people.’ 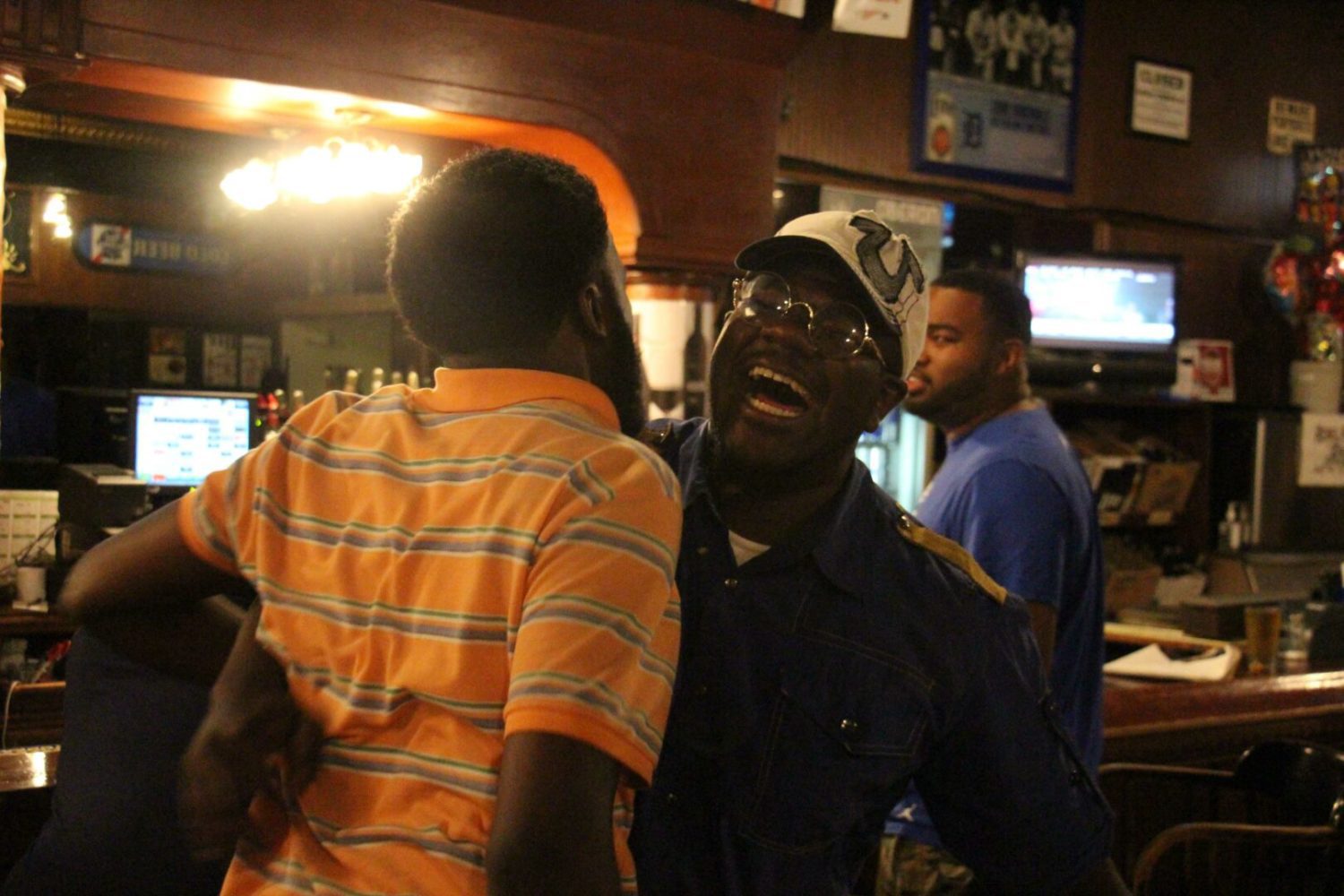 For the Davis fans who stuck it out, the 31st pick was well accepted. Photo/Jason Goorman 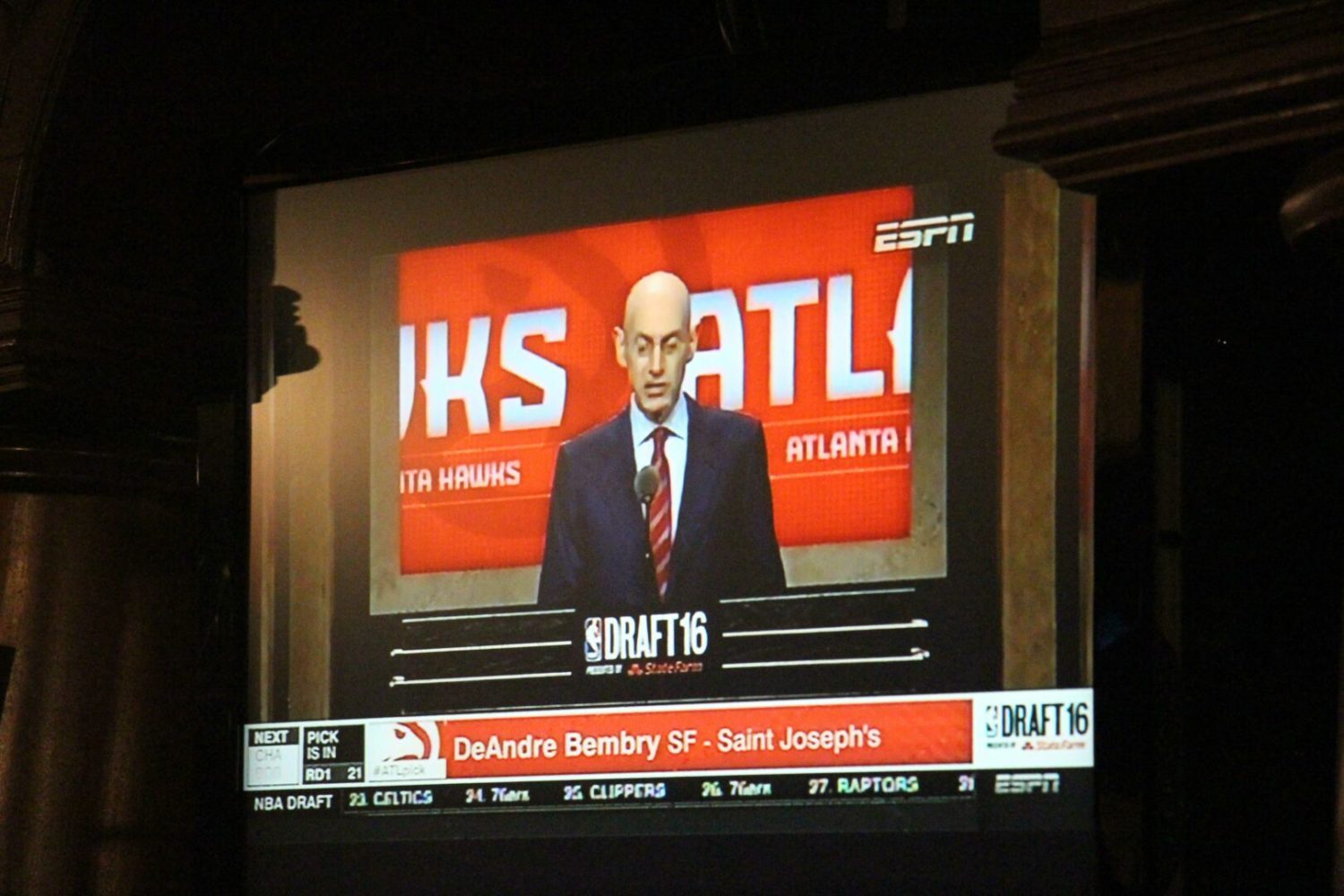 There were lots of players drafted with names that started with D that caught the LSJ and fans off guard at times. 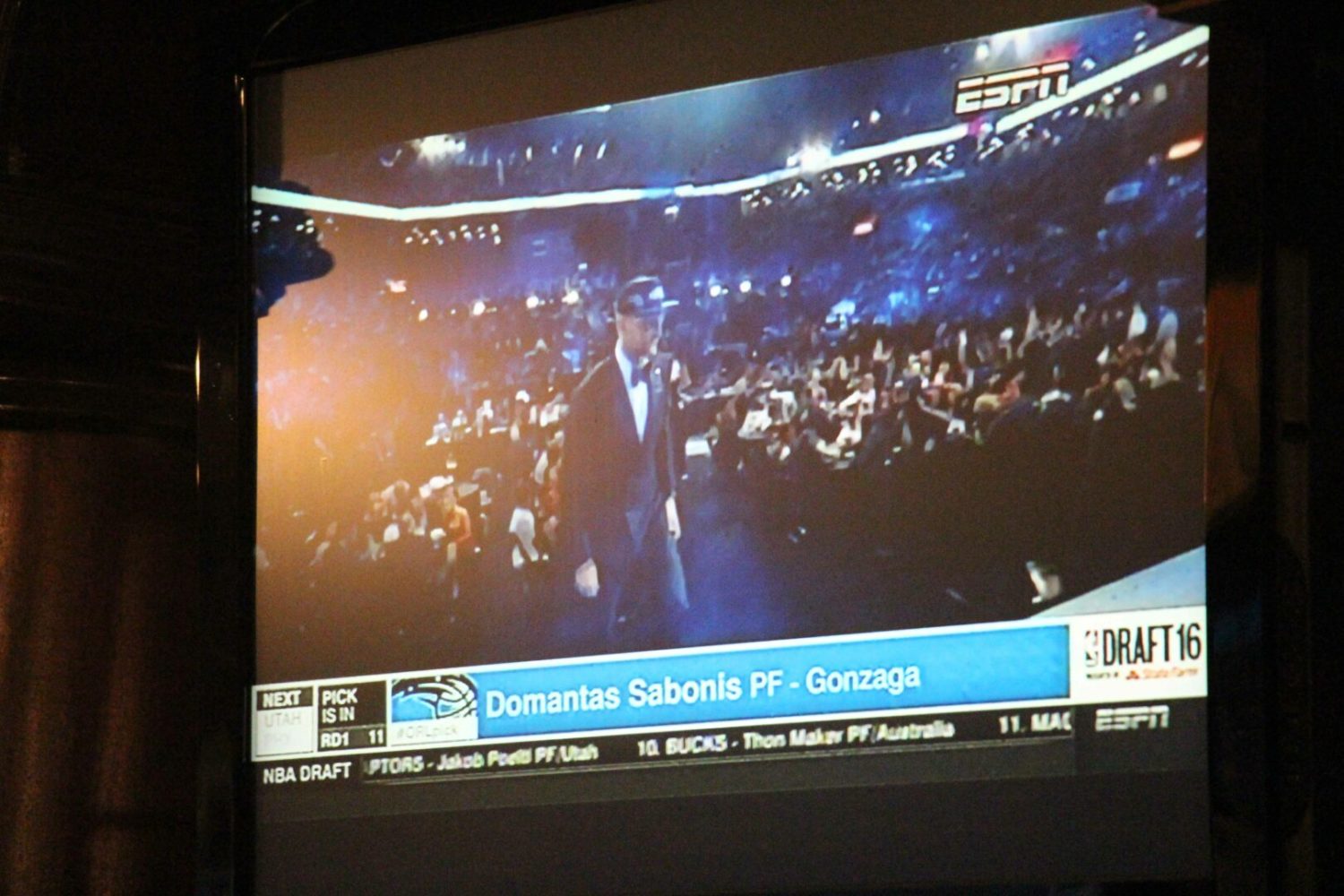 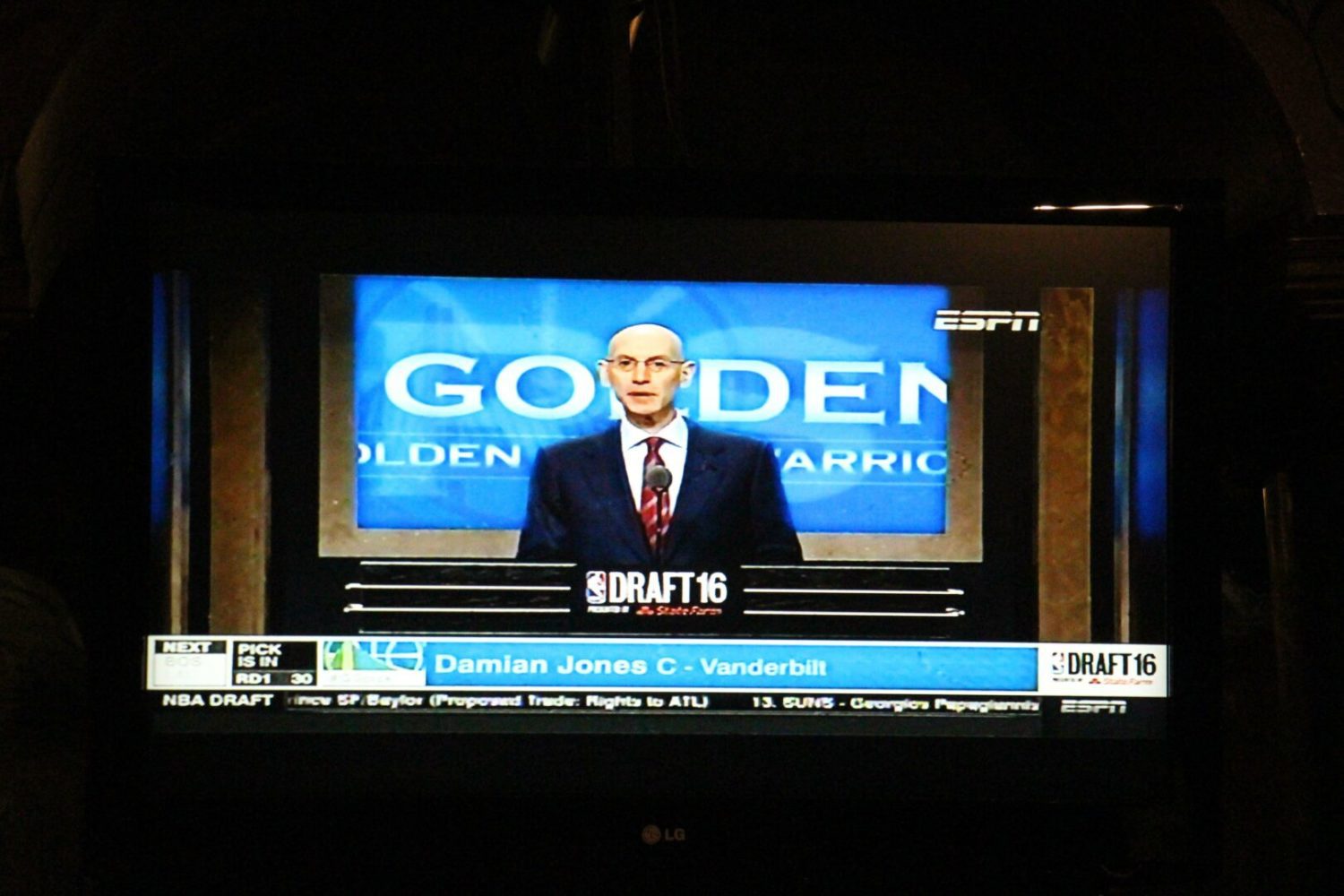 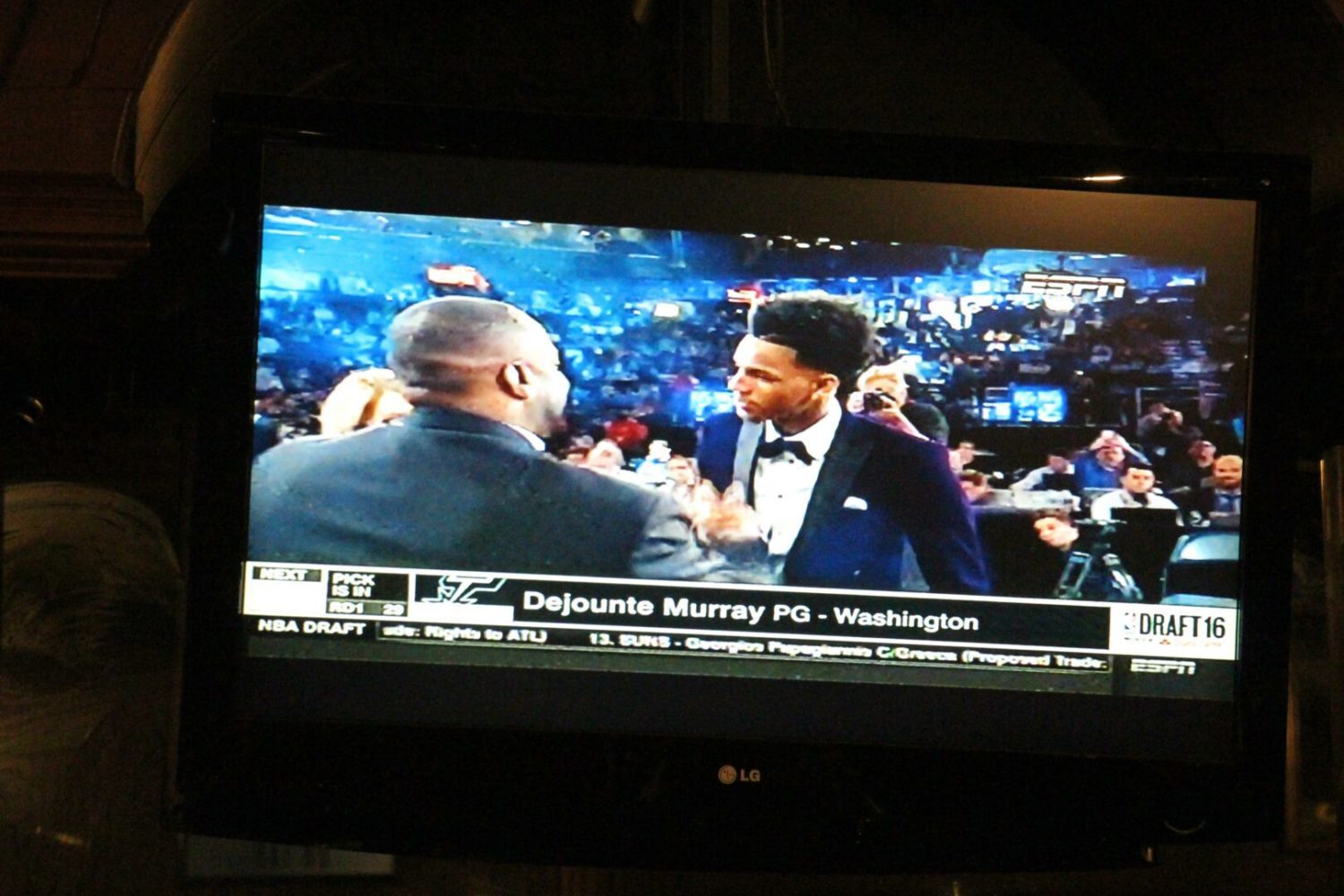 Sport Clips is the official haircut of the Local Sports Journal. 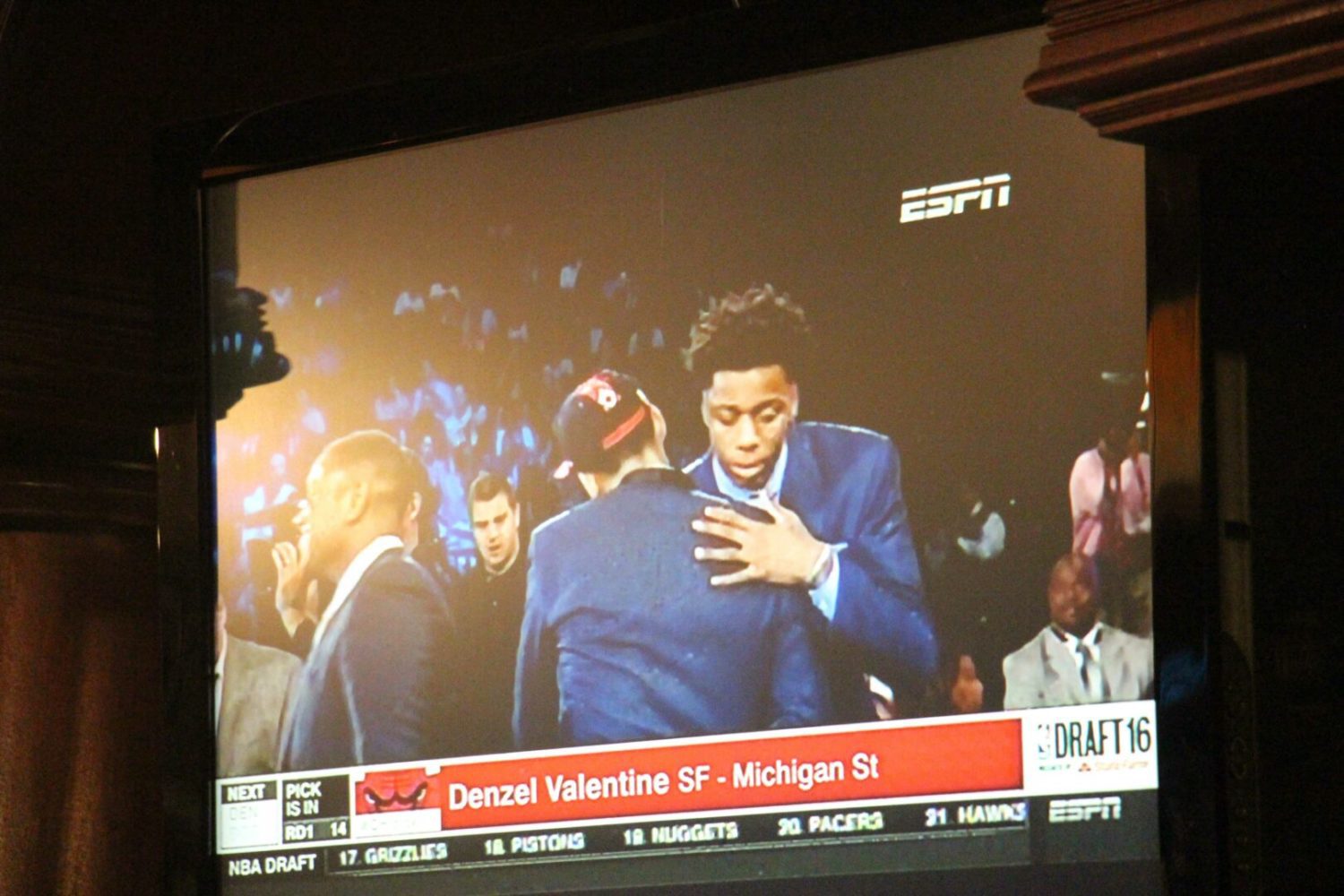 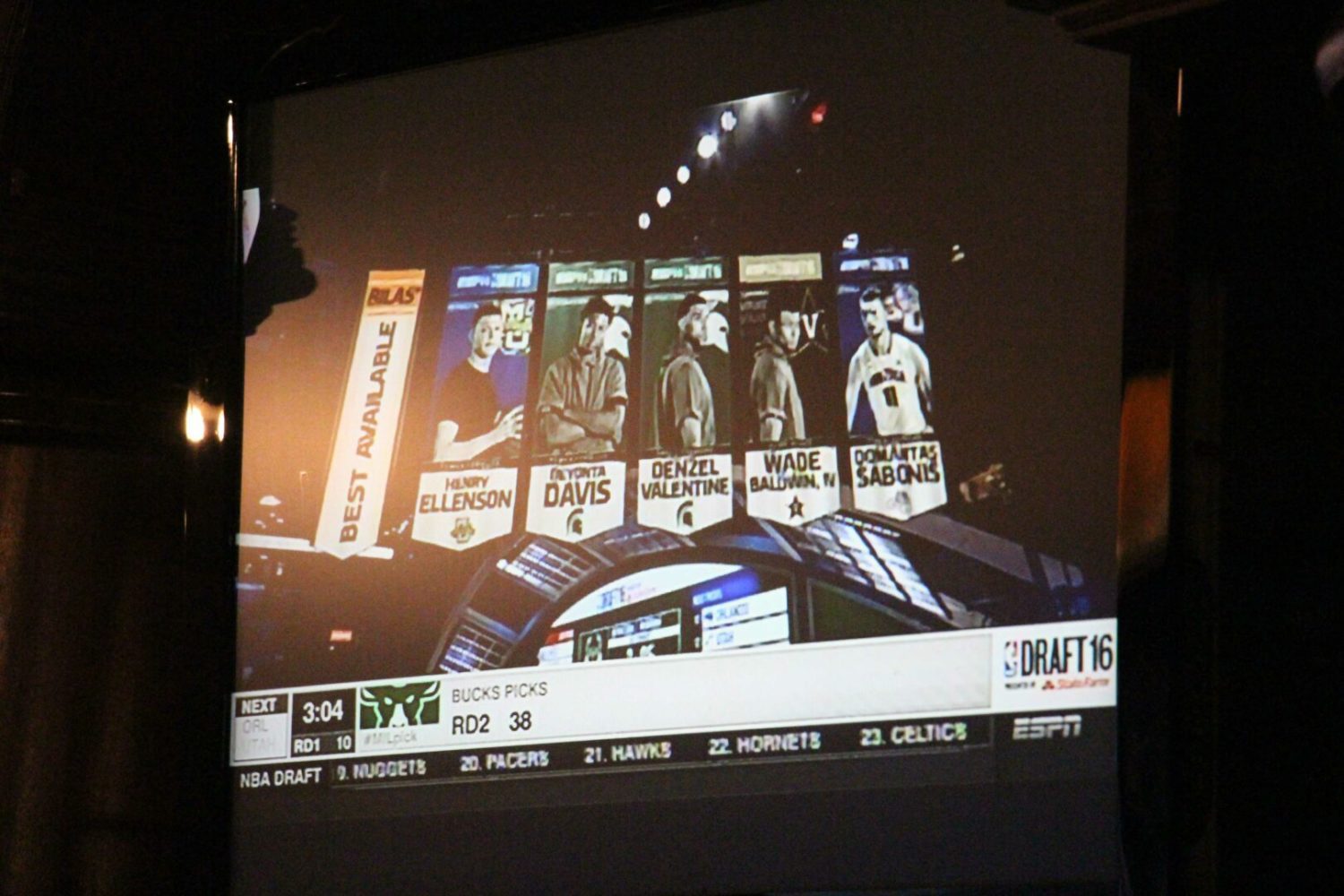 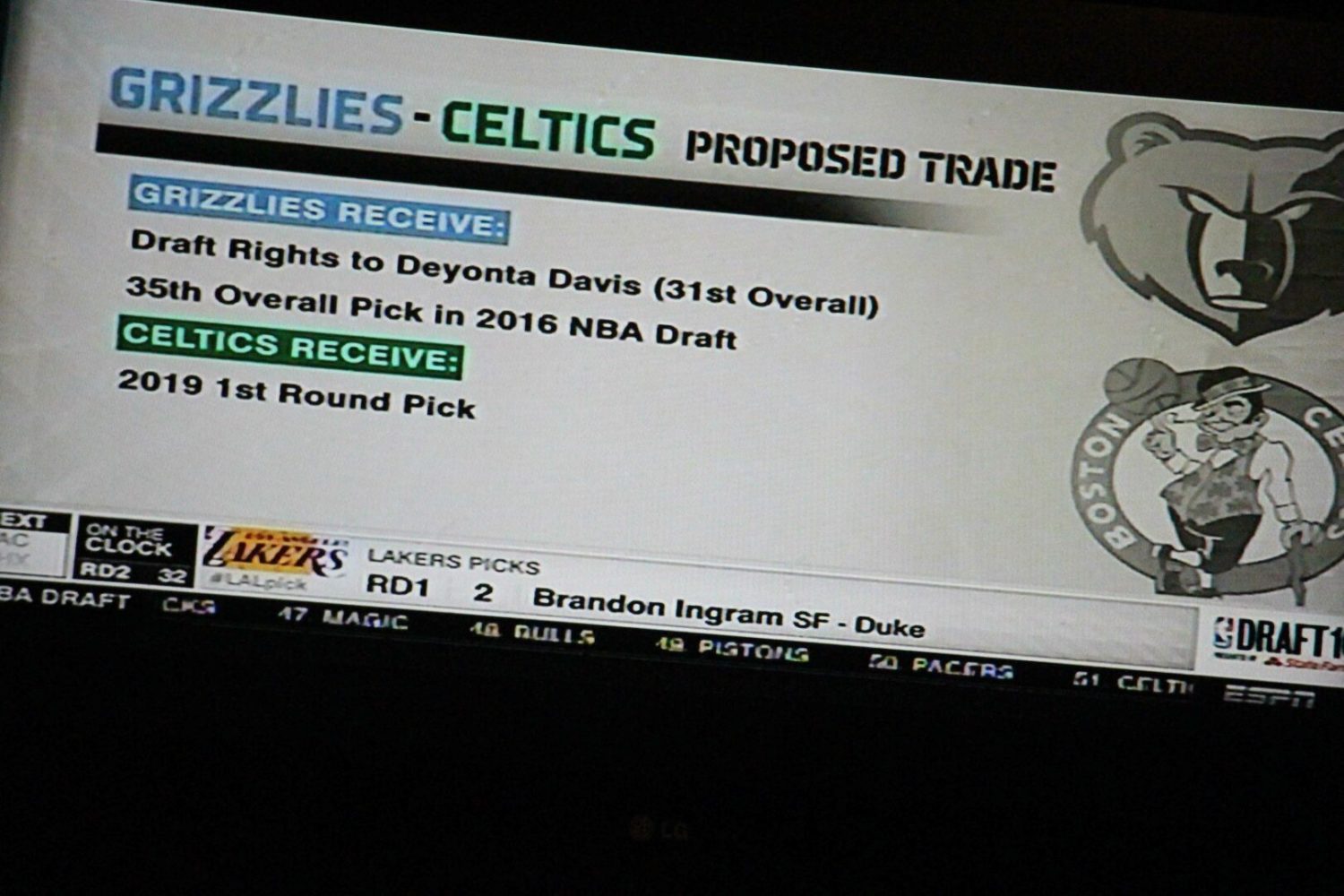 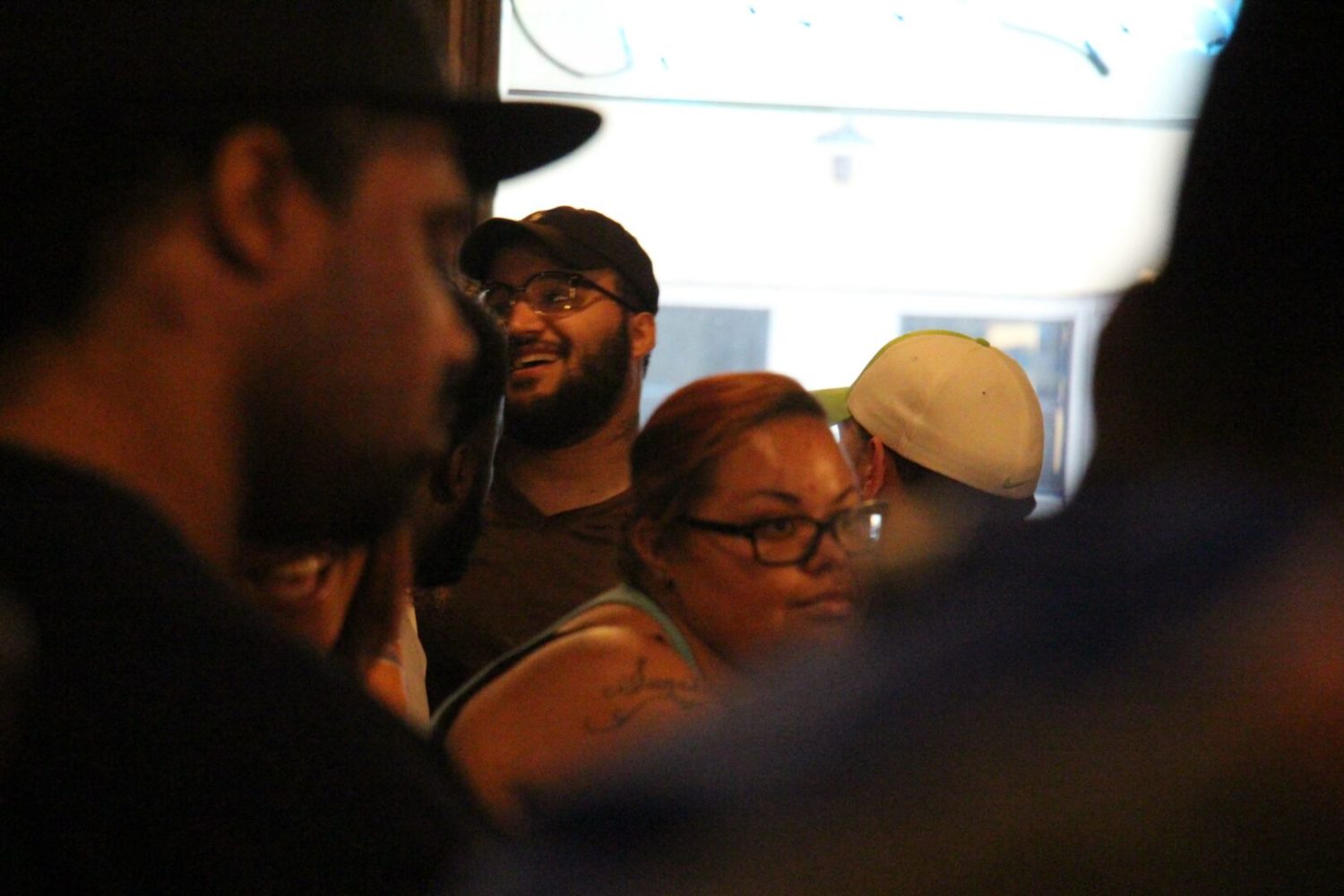 Davis fans in disbelief after Davis not selected. Photo/Jason Goorman 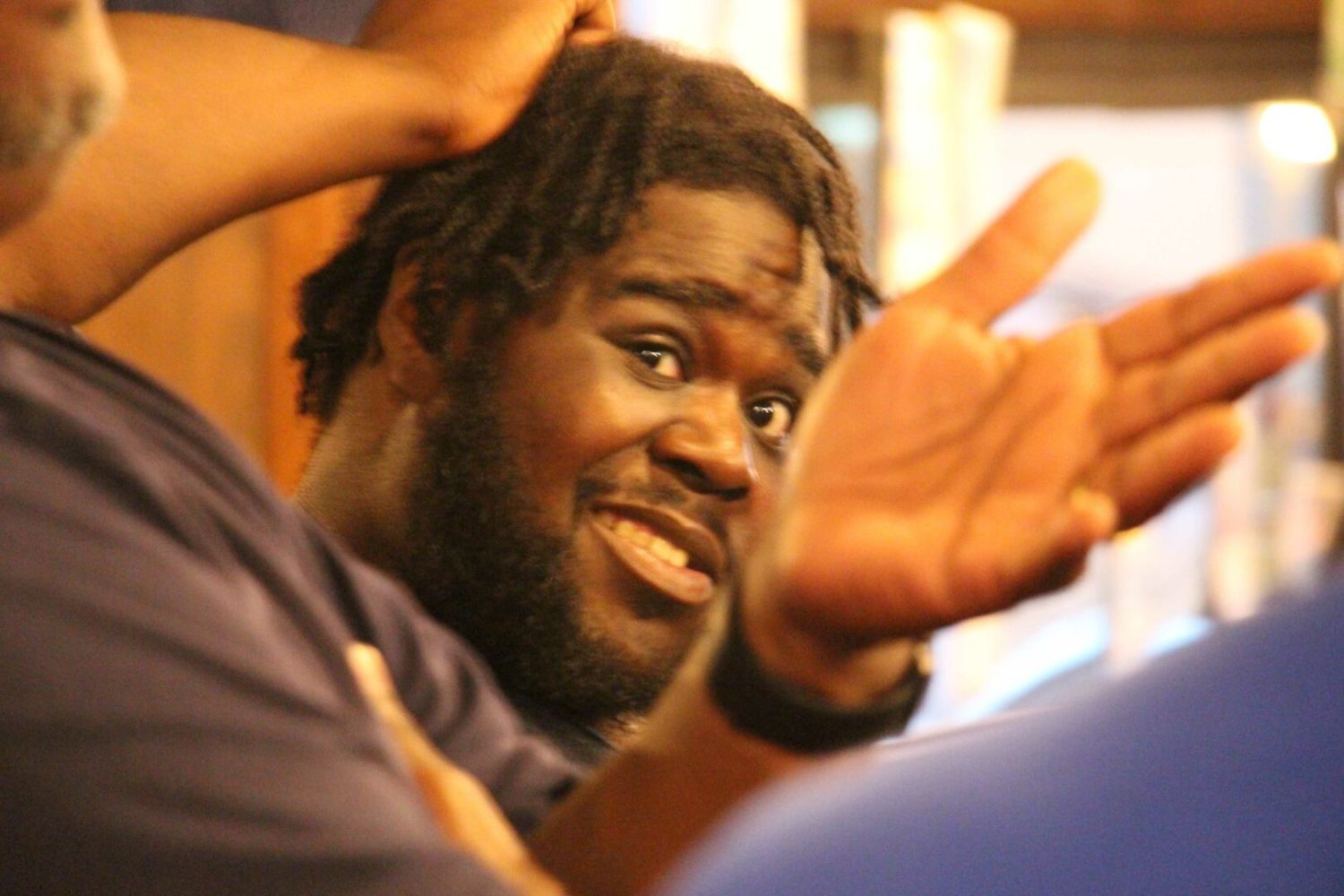 A Davis fan reacts in disbelief after Davis not selected before first round. Photo/Jason Goorman

Make sure you salute your favorite high school player – at least once – in LSJ’s 2015 football preview section!