MUSKEGON TOWNSHIP – The West Michigan Lake Hawks trailed by four points on Sunday with 1.9 seconds left in the game.

In most basketball leagues, their best hope might have

been to attempt a very fast 3-point shot and hope to get fouled. But in the ABA, teams get four points for hitting a field goal from beyond center court.

So the Lake Hawks called a time out and gave it a crack. If it hit the mark, the Lake Hawks would have tied the game and presumably sent it to overtime.

“That’s what the ABA is made of,” said Lake Hawks Coach Ron Jenkins. “We didn’t get quite the look we wanted, but we had the shooters out there that could do it.”

The Lake Hawks fell to 3-3 on the season, which may not be surprising, since they haven’t played since Dec. 10 because two recent games were postponed due to the weather. 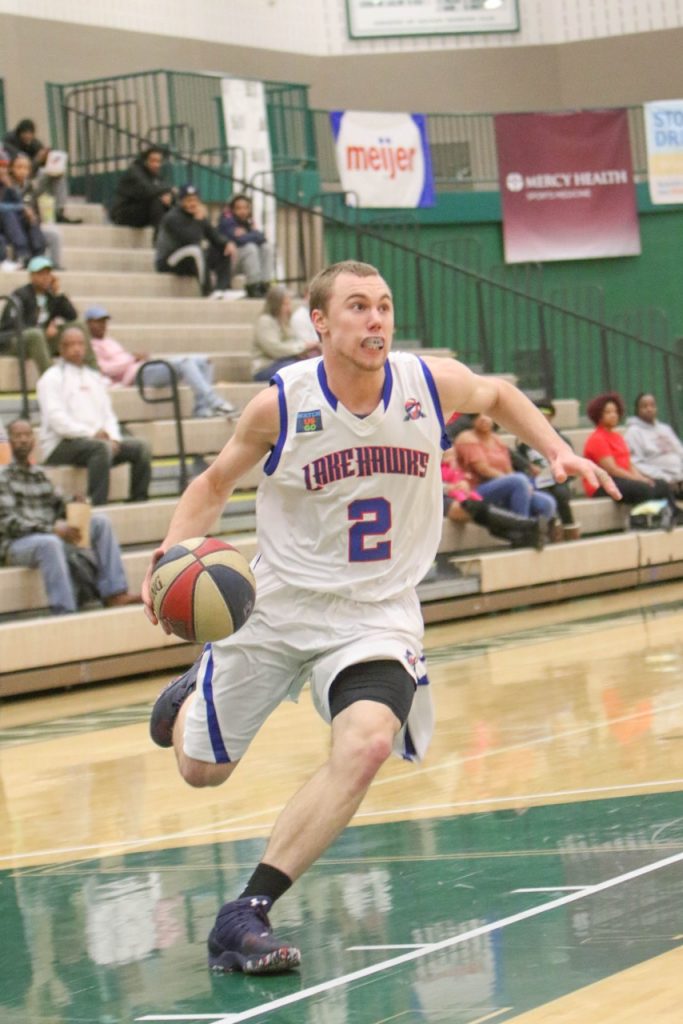 Xavier Fletcher takes the ball to the hoop for the Lake Hawks. Photo/Joe Lane

“We’ve been off for like two and half weeks,” said Lake Hawks coach Ron Jenkins. “You were able to tell. We were trying to gel and get that flow back in us.”

The Lake Hawks struggled in the early stages of the game, falling behind 31-24 at the first buzzer.

They got their legs underneath them in the second quarter, with nine players scoring. Xavier Keeling led the way with seven points as West Michigan scored 31 and surged to a 57-55 halftime lead.

Pittsburgh pulled ahead by as many as seven points in the fourth quarter, before West Michigan clawed back to within four points with 1.9 seconds left.

The outcome came down to the Lake Hawks’ missed four-point attempt in the final seconds, but it didn’t have to. West Michigan missed  6 of 10 shots from the free throw line in the final six minutes, when the game was on the line.

“Free throw terminology is, they win games, and we have to take that into consideration,” Jenkins said. “We had some opportunities.”

After losing to the Grand Rapids Danger on Saturday night, Steel City coach Averill Pippens was happy to leave West Michign with a victory.

“We’re not used to being outside the top 25 (ABA national rankings) and right now we are,” said Pippens, whose team is based in Pittsburgh. “We want back in.”

Pittsburgh was led by Antonio Reddic with 33 points while Lawrence Baker added 21.

West Michigan was led by Brewer with 18 points while Xavier Fletcher and Ralph Monday had 15 apiece. Monday also added 14 rebounds to complete a double-double on the night.

“We came out on the wrong side of the column, but I was glad of the effort,” Jenkins said. “We’ll get back to it tomorrow night.” 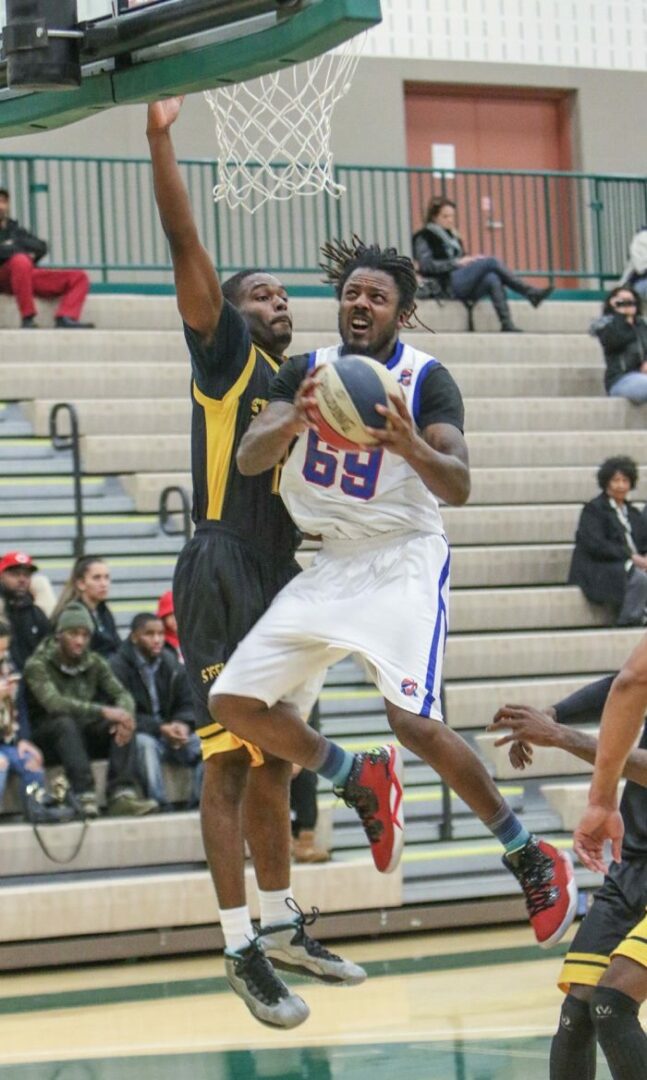 Ralph Monday gets ready to make the scoop for West Michigan. Photo/Joe Lane 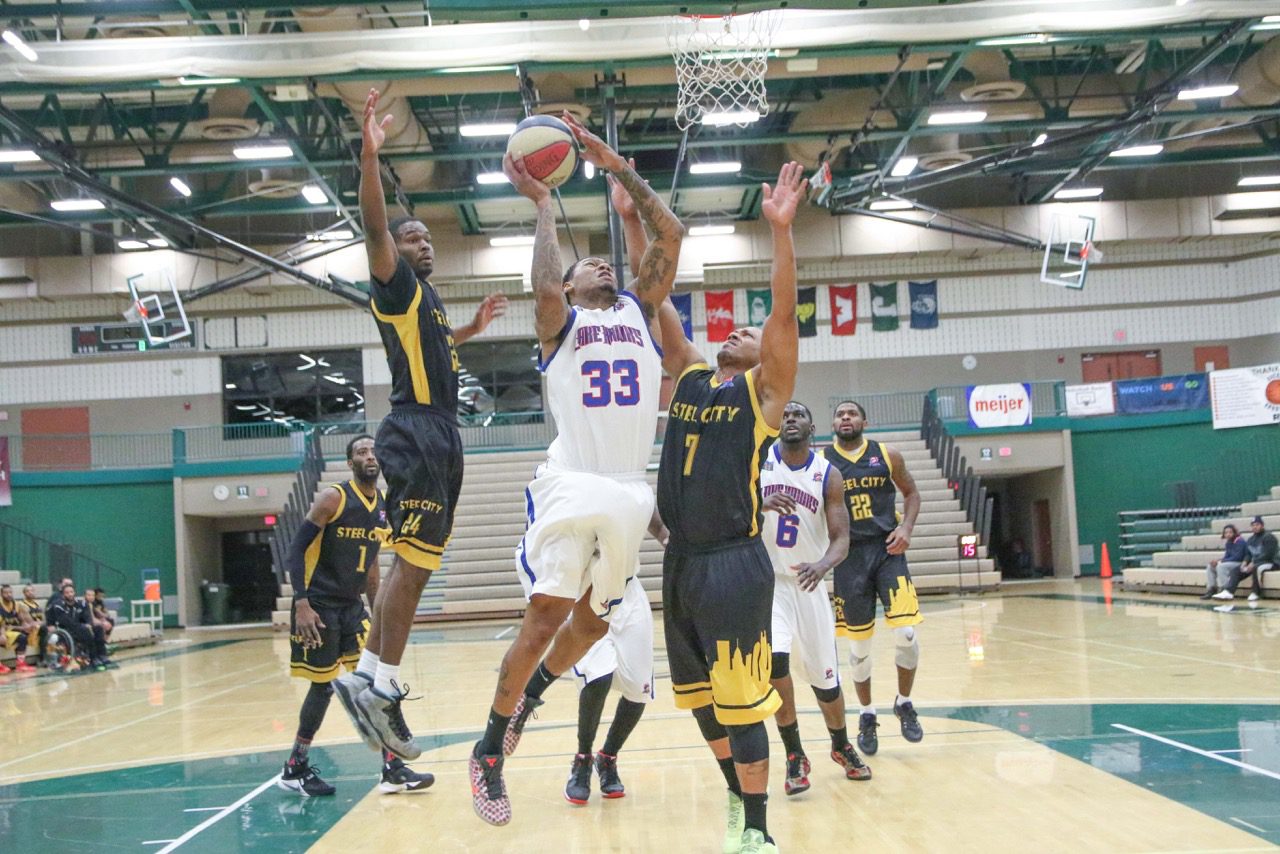 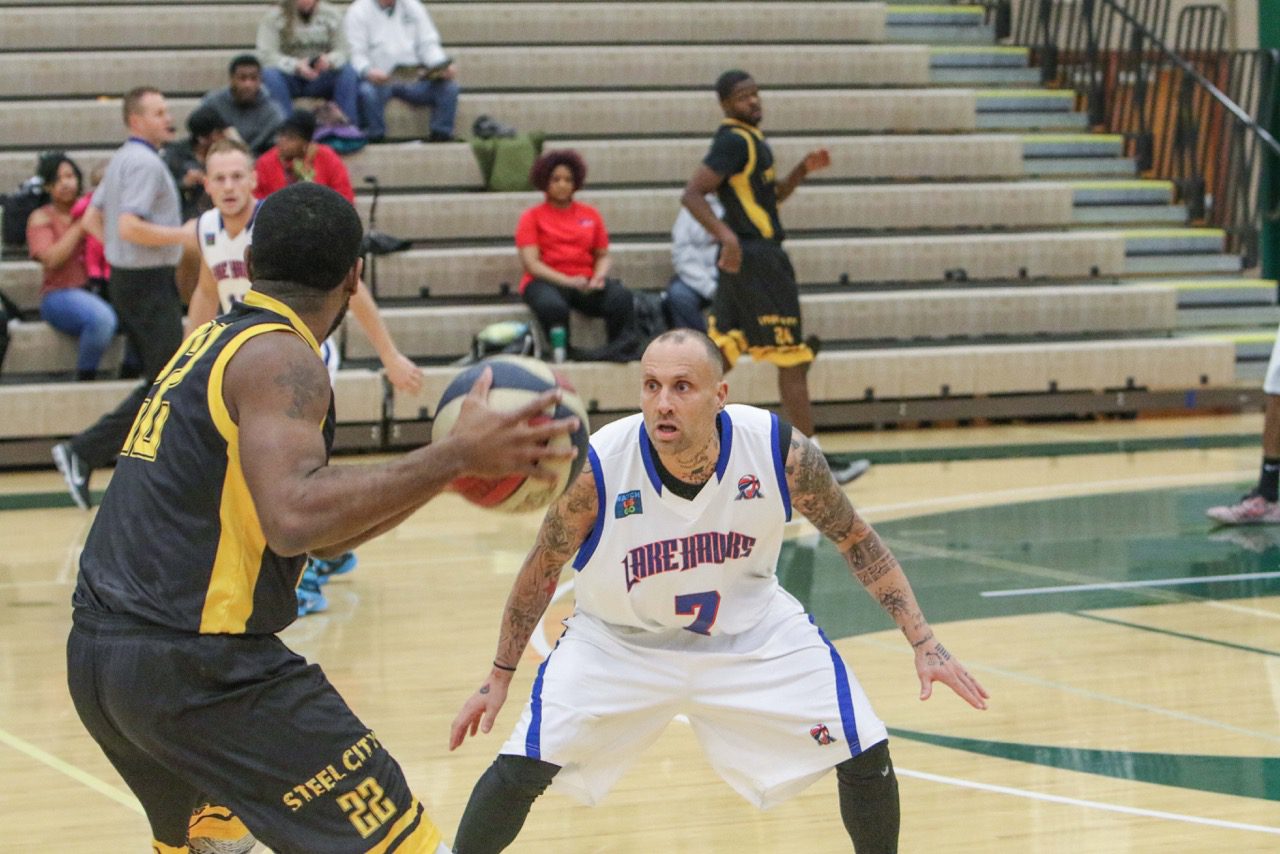 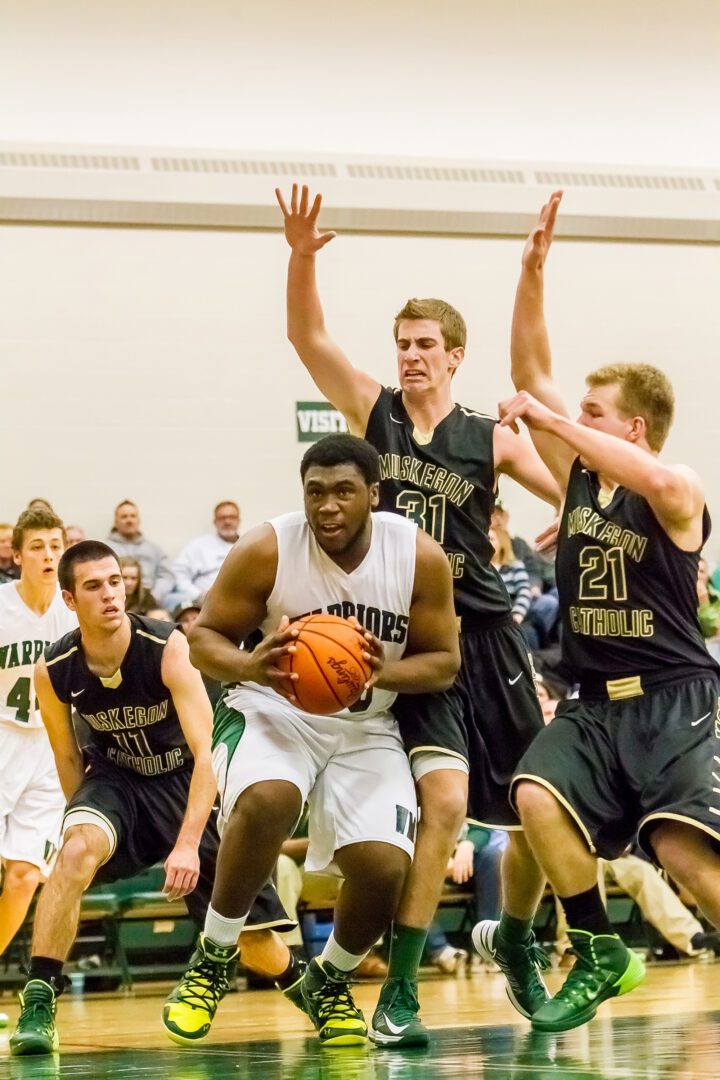