KENT CITY – When the game was up for grabs in the second quarter during the Class C district championship game on Friday, it was the Muskegon Heights Tigers who snatched it away from North Muskegon.

Over and over again.

The Tigers’ ferocity and scrappiness on the offensive glass led to numerous second-chance points. Those points helped them outscore the Norse 19-5 in the pivotal second quarter and roll to a 64-47 victory at Kent City High School. 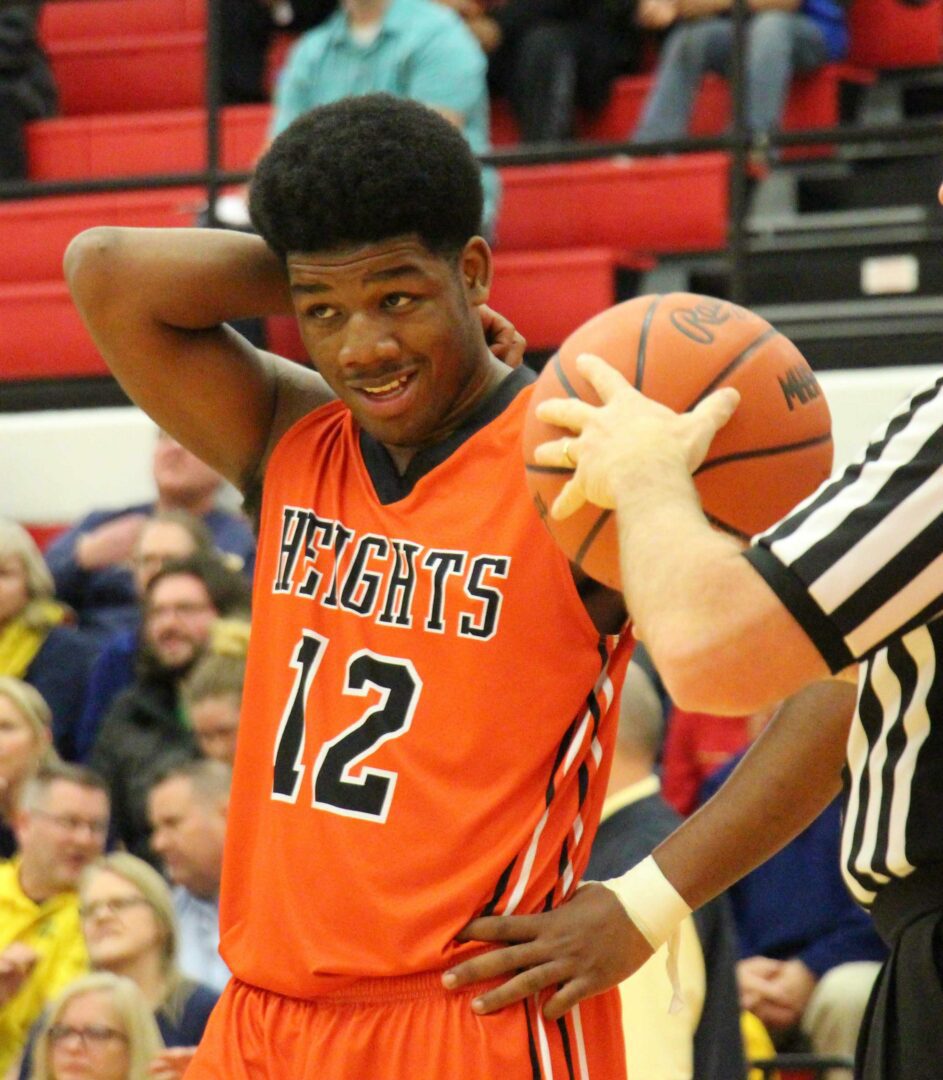 North Muskegon finished the season with a 15-8 mark.

“When we’re getting rebounds, that’s our momentum right there,” said Muskegon Heights senior forward Kieshon Watson, who had 13 points and eight rebounds in the game. “The helps us pick up our scoring. That’s the main thing right there.”

North Muskegon is a familiar foe for the Tigers, particularly in March. The two teams have battled out in some great district tournament games in recent years.

Friday’s contest started the same way, with the Norse grabbing a 13-11 lead after one quarter.

“It was just the hype of the game,” Watson said. “We were too excited early on.”

Muskegon Heights took control in the second quarter and had a 30-18 lead at halftime, but Tiger Coach Del Stewart said it was an advantage he wasn’t comfortable with, so he dug into his bag of tricks.

The Tigers went into a four-corner stall of sorts in the third quarter, milking the clock a minute or more per possession before attacking the rim.

The strategy worked as the Tigers built a commanding 48-33 at the end of the third and were never seriously threatened the rest of the way. 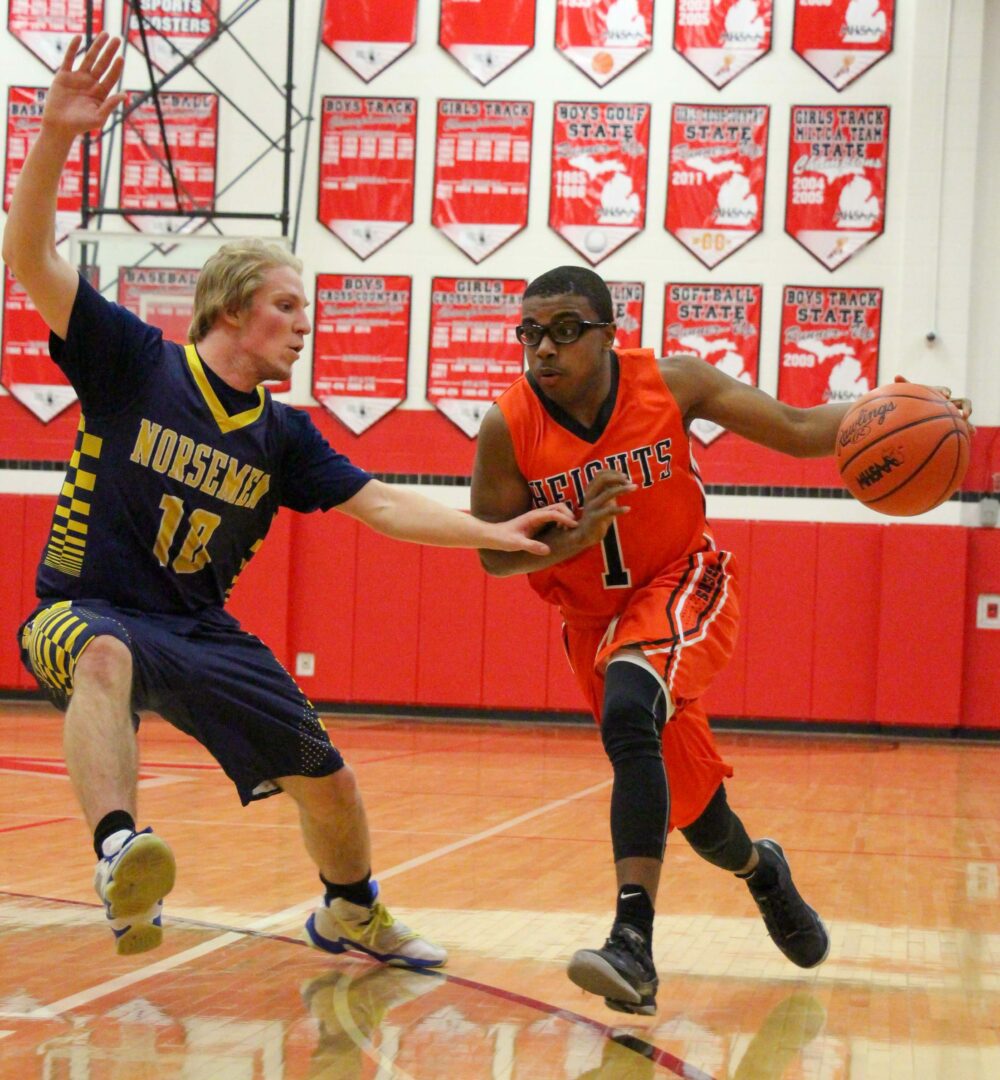 “My thinking was, the way (North Muskegon) shoots the ball, that’s three possessions right there and they’re right back in the game,” Stewart said. “The wanted to rush and force the tempo to get us into a rat race, so I wanted to extend it out, get about 3-4 touches and then attack when the opportunity presented itself.

“We were able to take some time off the clock and they were not able to rush.”

It helped the Tigers to have the Jones brothers – seniors Antoine and Anthony – taking care of the ball. They were dynamic in orchestrating Stewart’s plan and creating off the dribble.

Antoine led the Tigers with 17 points, while Anthony and Joe Moore III had 16 points apiece.

“They got the lead – that was a key,” said North Muskegon Coach Chuck Rypstra. “And they had a really, really good ball handler in (Antoine Jones). They would just run a ball screen for him or he’d just slip by us off the dribble. He was the difference out there. He was tough. And we haven’t faced enough of that to know how to stop it.”

The biggest highlight for the Norse was a highlight-reel dunk off the dribble by senior forward Vernonell Smith in the fourth quarter that left the entire gymnasium buzzing. He led North Muskegon with 17 points, while sophomore guard T.J. McKenzie added 11.

“We needed everything to go our way tonight,” Rypstra said. “We need to shoot it a little better. We struggled from the outside.” 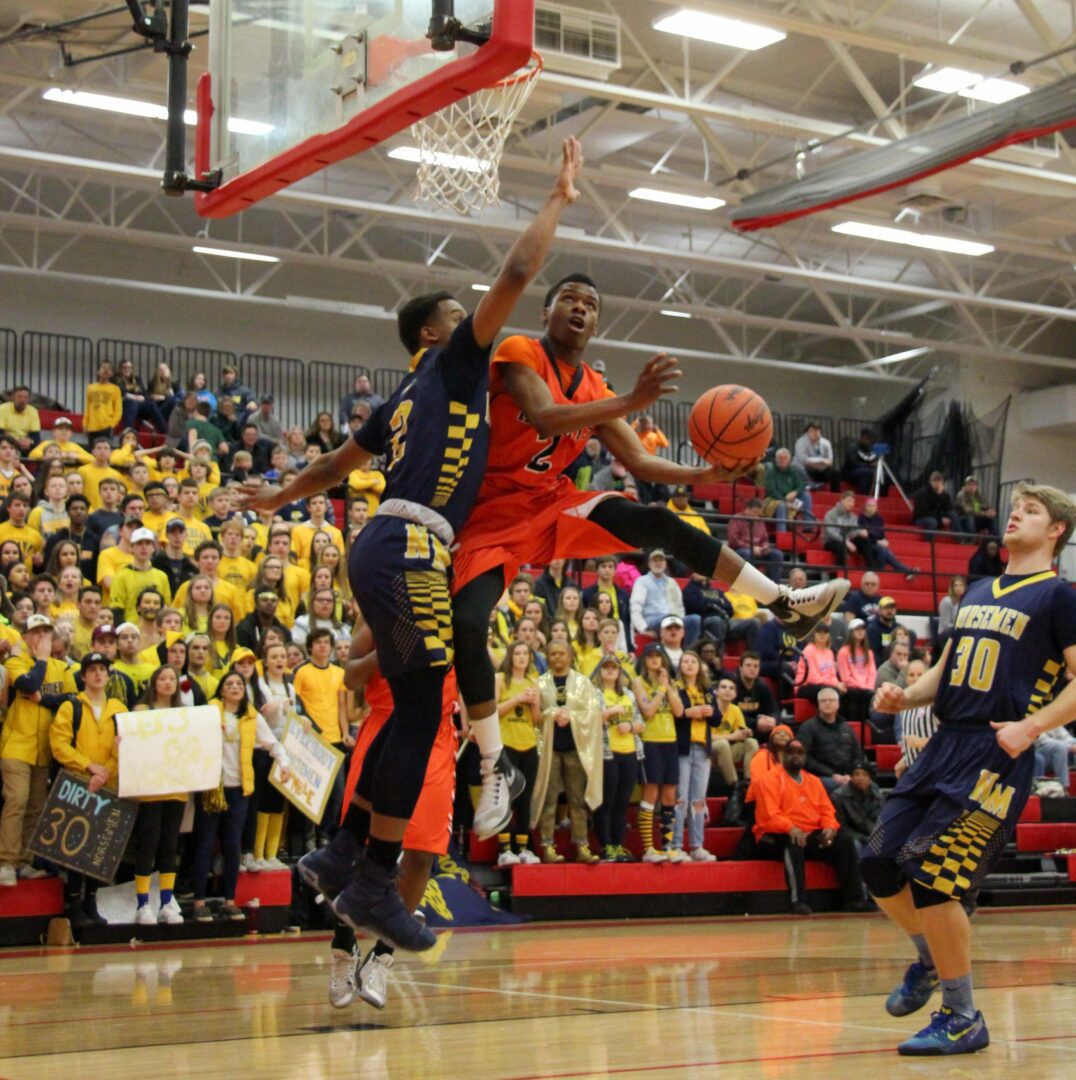 Antoine Jones gets to the hoop with North Muskegon’s T.J. McKenzie going for the block. Photo/Jason Goorman 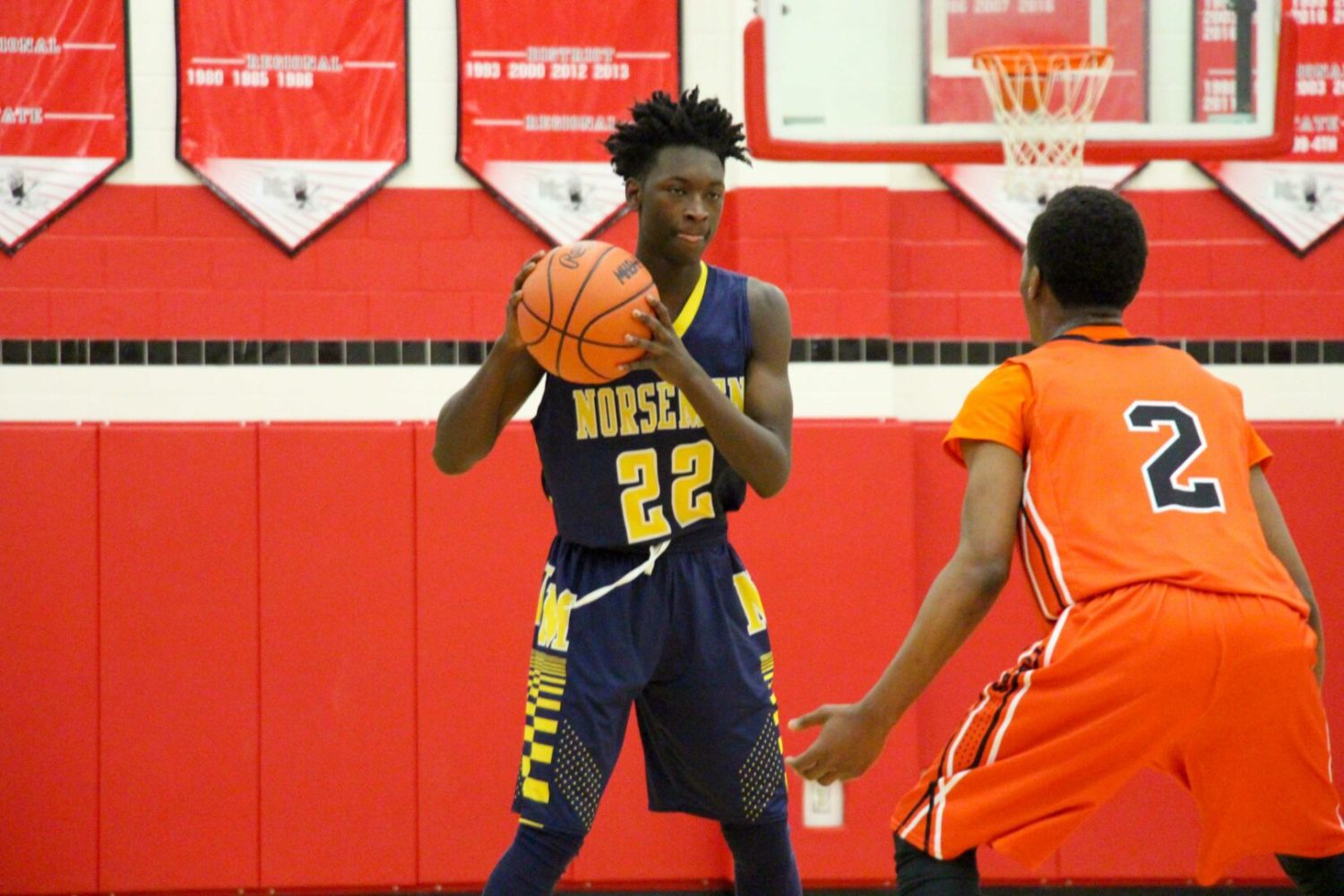 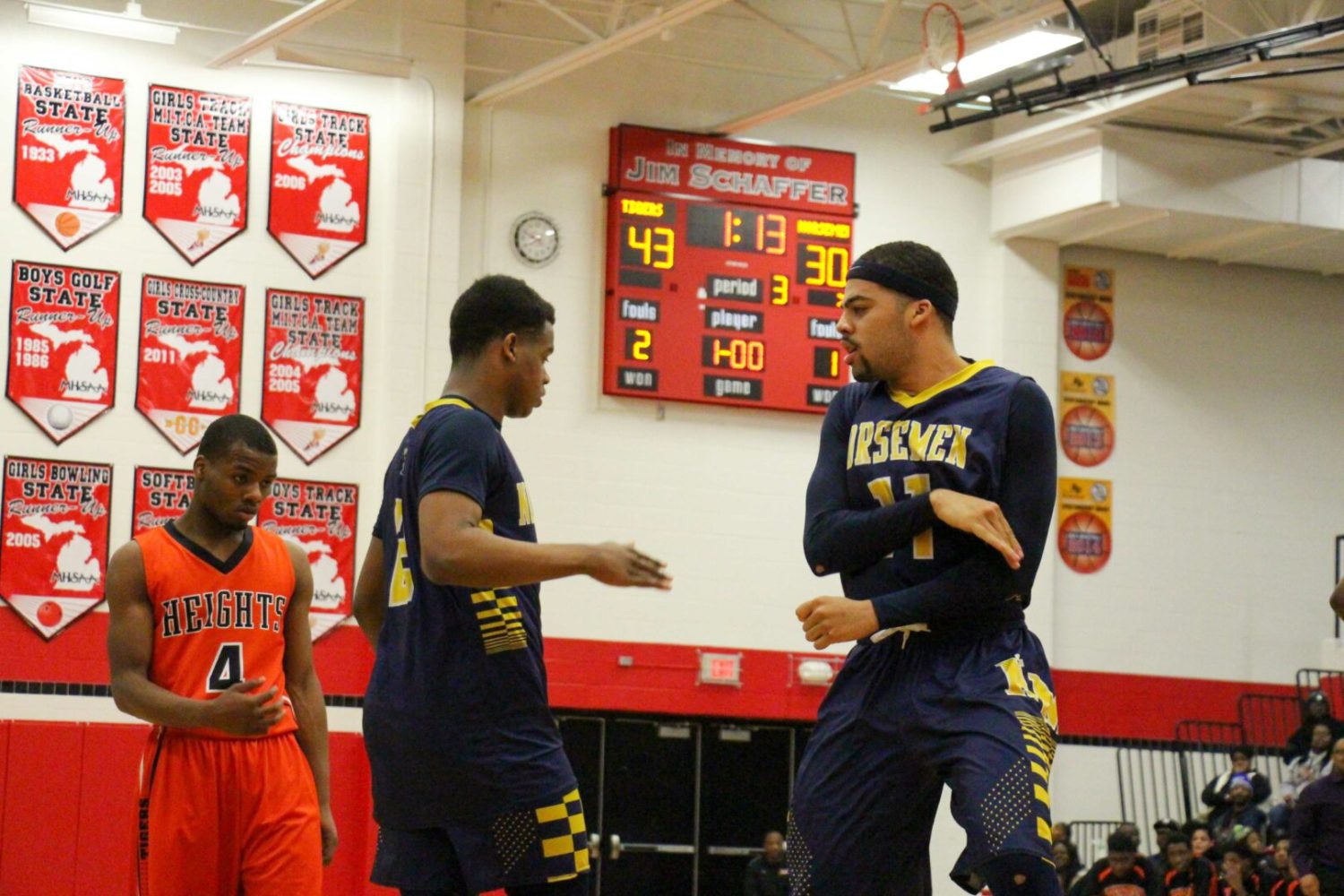 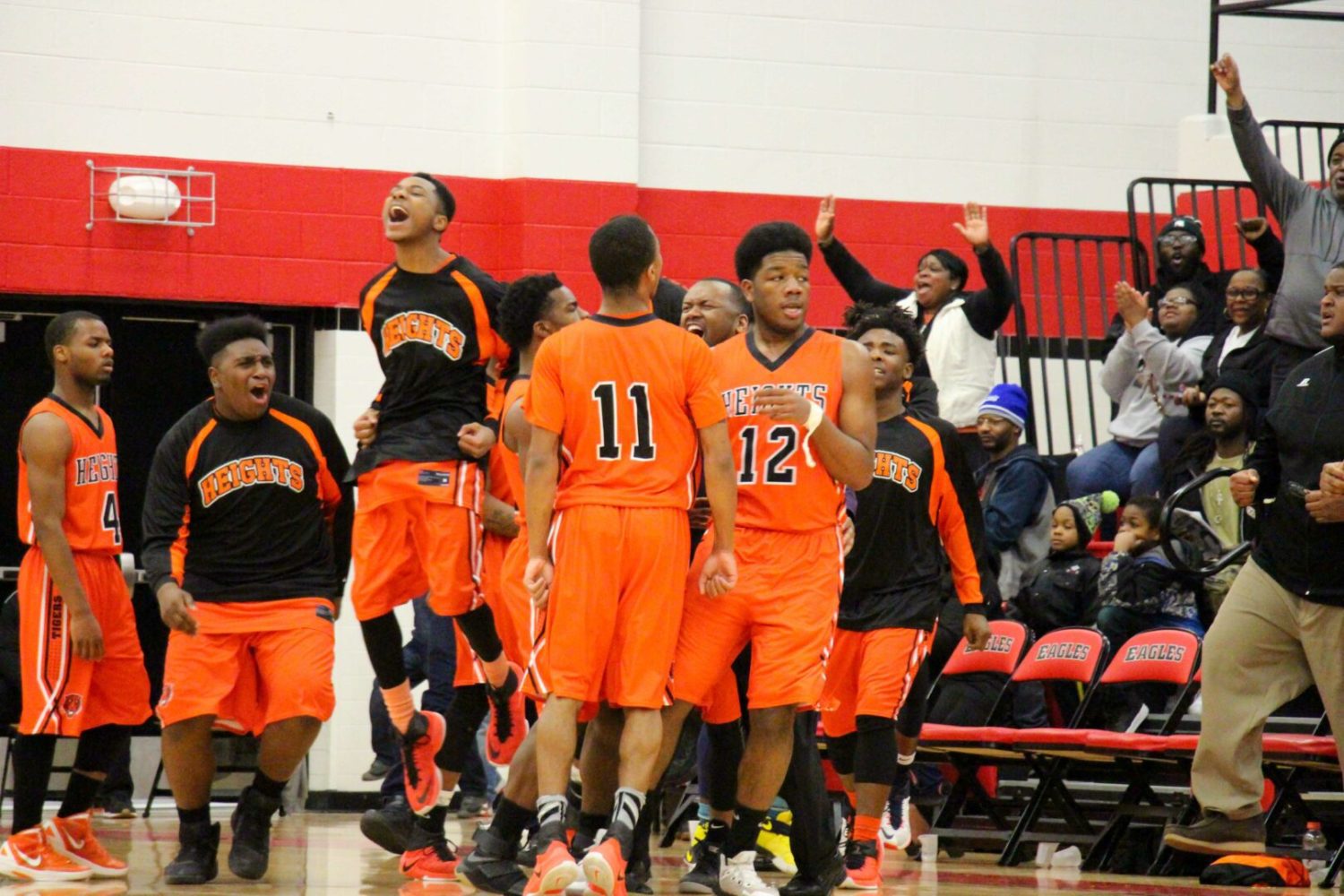 Muskegon Heights bench reacts after the Tigers hit another 3-pointer in the second half. Photo/Jason Goorman 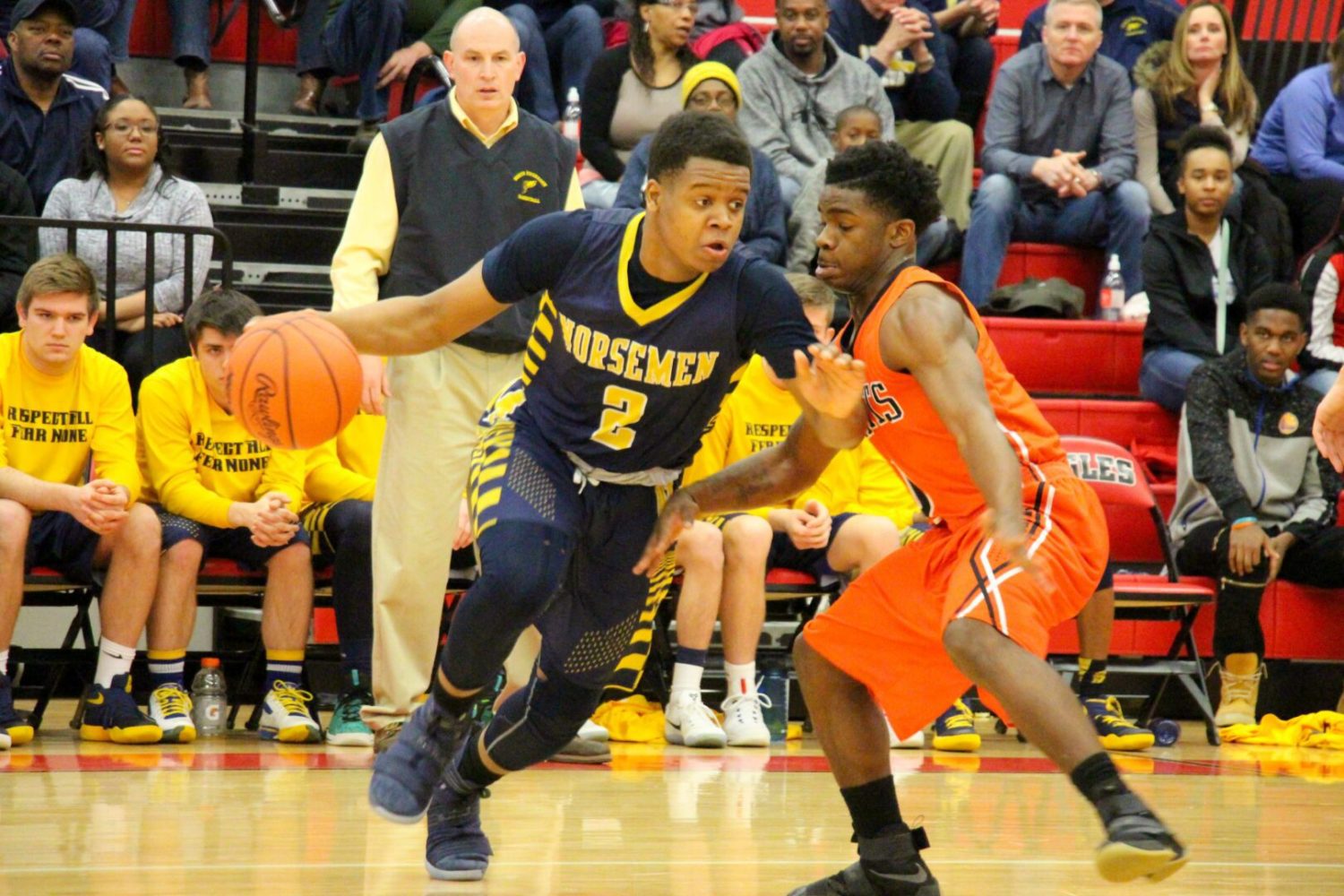 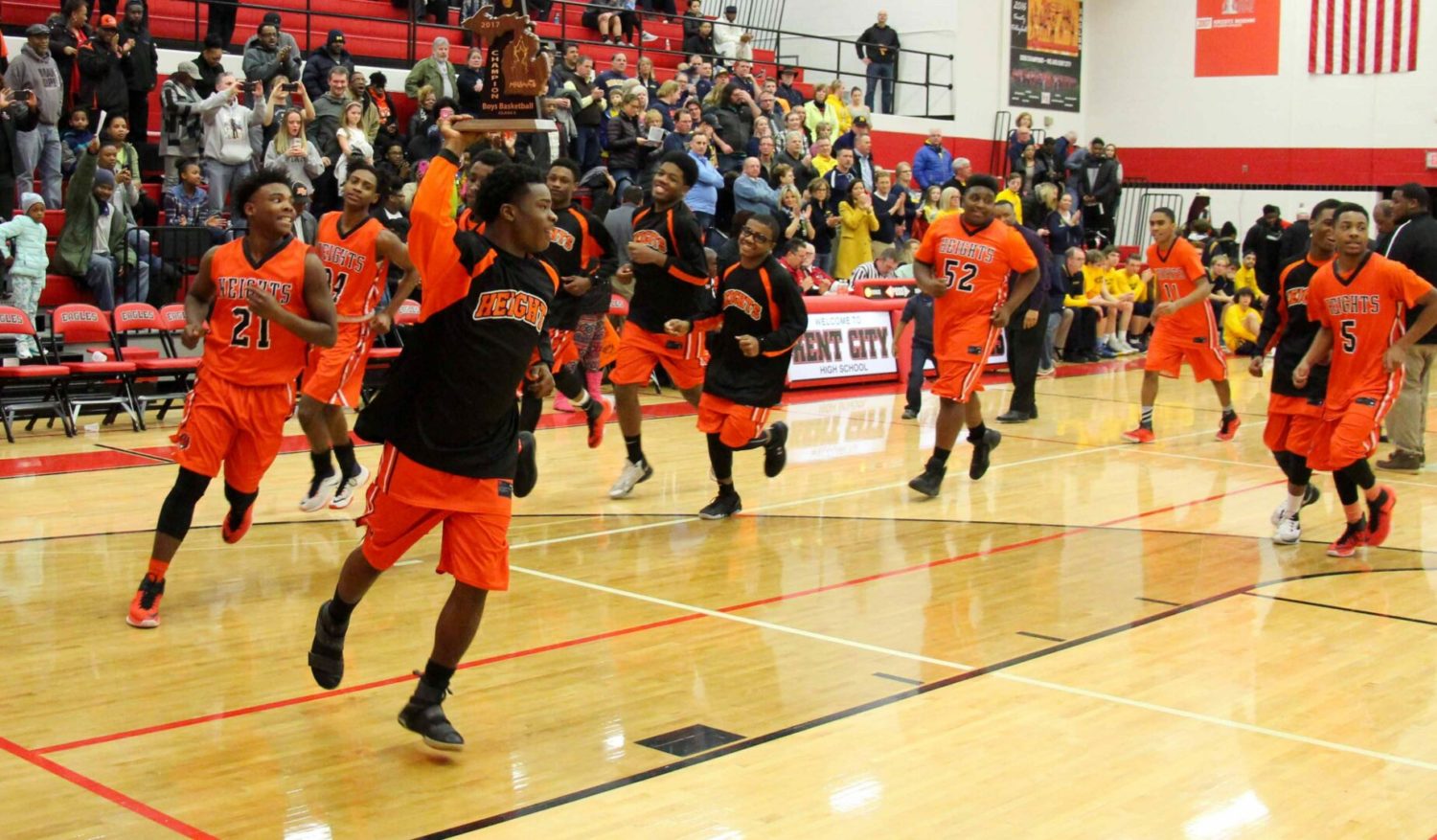 The Class C district champs Muskegon Heights Tigers take the traditional lap around the gymnasium after the win. Photo/Jason Goorman

Fruitport comes up short in Class B district opener against Coopersville