But the Lakers won the war on Wednesday night. 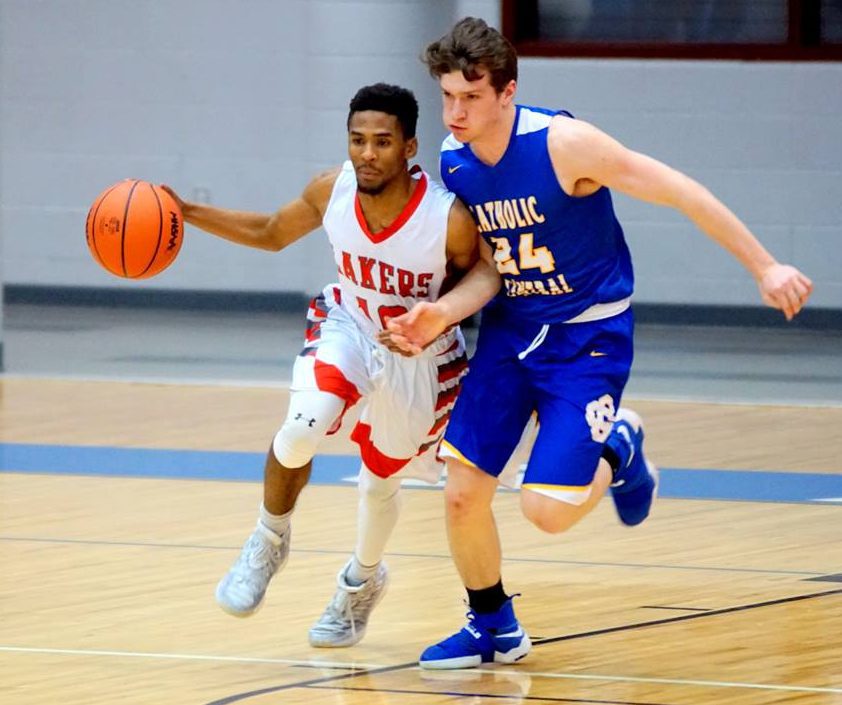 Spring Lake, which finished second to GR Catholic in the O-K Blue Conference, got even with a 57-48 victory over the Cougars to capture a Class B regional championship at Sparta High School.

The Lakers, who improved to 19-6 on the season, will face Benton Harbor on Tuesday night at Caledonia High School in the state quarterfinals. Tipoff is slated for 7 p.m.

The Lakers last won a regional title in 2015 against Holland Christian. They lost Godwin Heights in the quarterfinals.

“We lost to these guys twice,” said Spring Lake Coach Bill Core, whose team claimed the victory and the title with a big fourth quarter. “We missed a whole bunch of free throws the first time and didn’t close. The second time we lost at our place and missed 40 shots.

“I told the guys we were not going to change a lot this time, we were just going to play better. The team just kept making plays and everybody had their moments.”

The Cougars jumped out to a 13-7 advantage after the first quarter, led by Jaylen Mayfield with seven points.

Spring Lake trailed by eight points with 3:29 left in the first half. Then Aaron Clark nailed a three-pointer to spark a comeback and the Lakers cut their deficit to 25-22 at halftime.

The Lakers had a 14-11 third quarter advantage, leaving the score tied 36-36 heading into the final stanza. 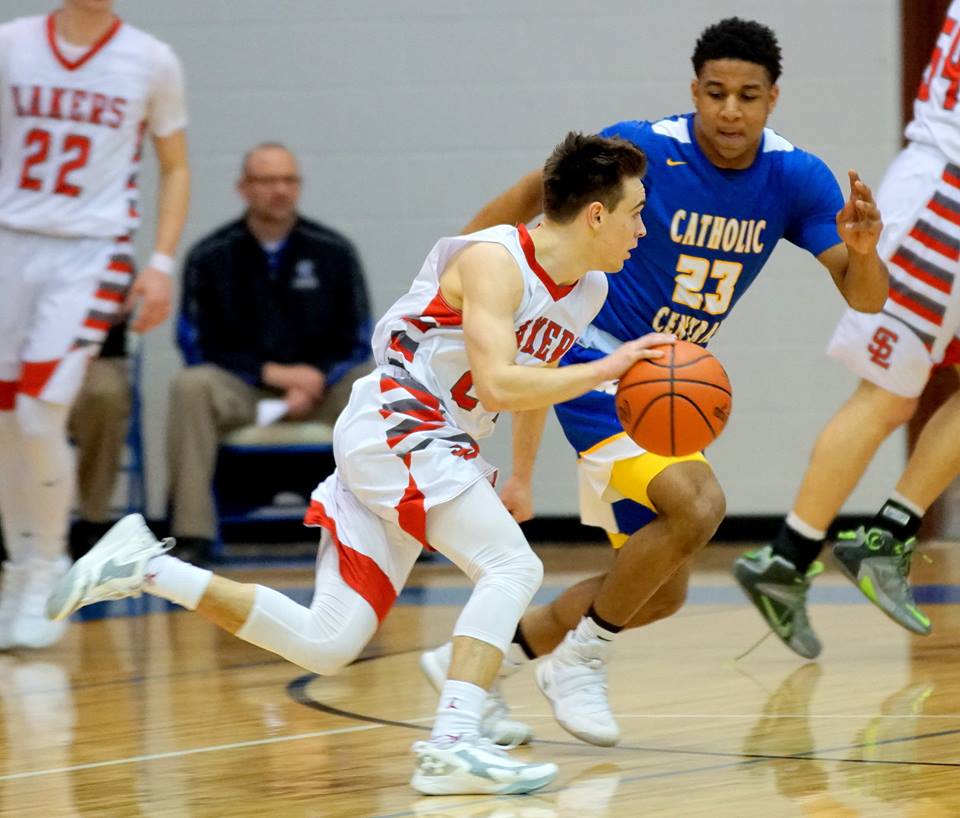 Spring Lake, which had trailed since grabbing a 1-0 lead at the start of the game, pulled ahead 38-36 with seven minutes left on a basket by Isaiah Pierce.

They took control of the contest by outscoring the Cougars 21-12 over the final eight minutes. Spring Lake scored the final seven points of the game, all on free throws, in the final 1:12.

“We knew we had to come out and play tough,” said Laker senior guard Cameron Ball, who was a part of the 2015 regional championship team. “We made enough plays down the stretch to win.”

The Cougars were led by Austin Braun with 13 points while Michael Brown added 10.