EGELSTON TOWNSHIP – It was a special day on Tuesday for Oakridge softball seniors Hannah Reinhold and Alyssa Fessenden, both on the field and off.

The Eagles’ duo committed to continue their softball careers at Madonna University next year, shortly before they took the field against visiting Hart. 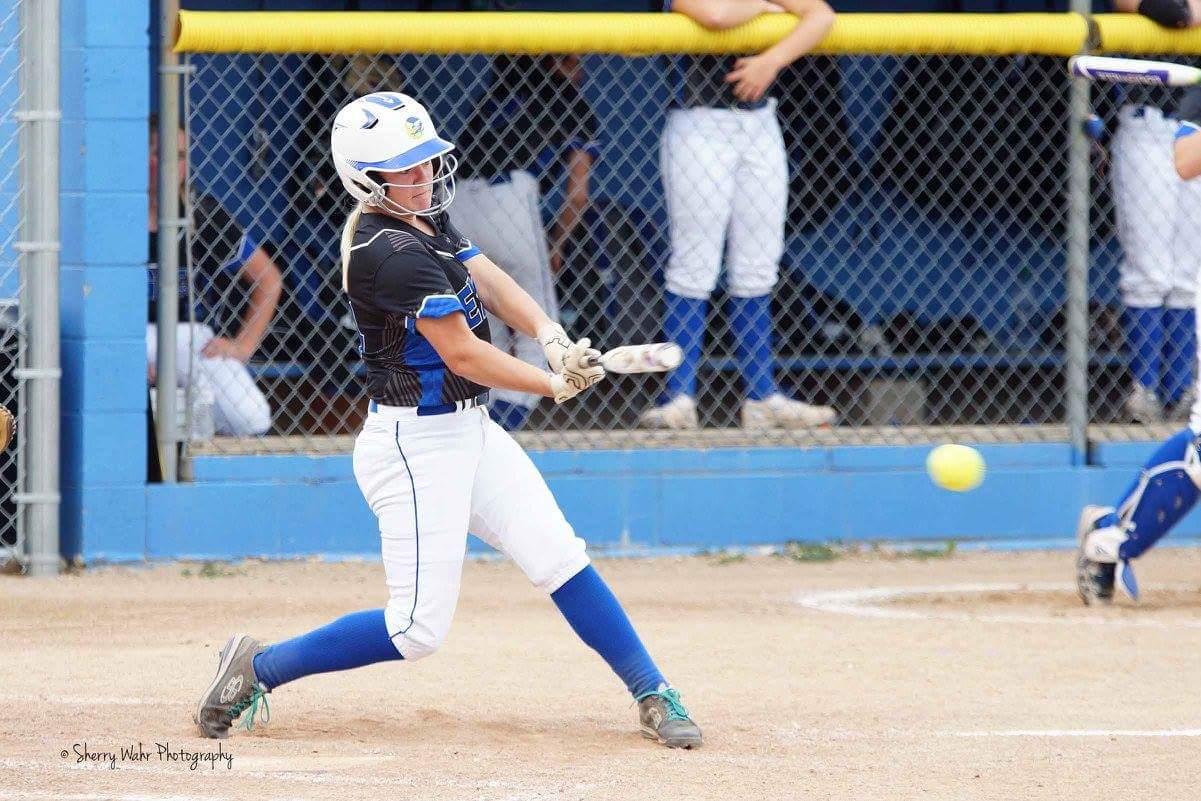 Alyssa Fessenden gets a hit in Game 1 win for Oakridge. Photo/Sherry Wahr

Playing in front of their future college coach, the girls showed no nerves, leading the Eagles to a 15-0, 17-1 West Michigan Conference sweep of the Pirates.

Oakridge improved to 11-1 overall and 6-0 in conference play.

Fessenden had four hits and five RBIs on the day, while striking out five and picking up the win in Game 1. Reinhold finished with four hits, including two doubles in the opener.

“There was a little pressure at first,” Reinhold said of her Madonna coach watching. “But then you go out there and forget about it. It’s just another game.”

It was a slow start for Oakridge, which only led 3-0 after two innings in the opener, but then scored eight times in the bottom of the third to take control. 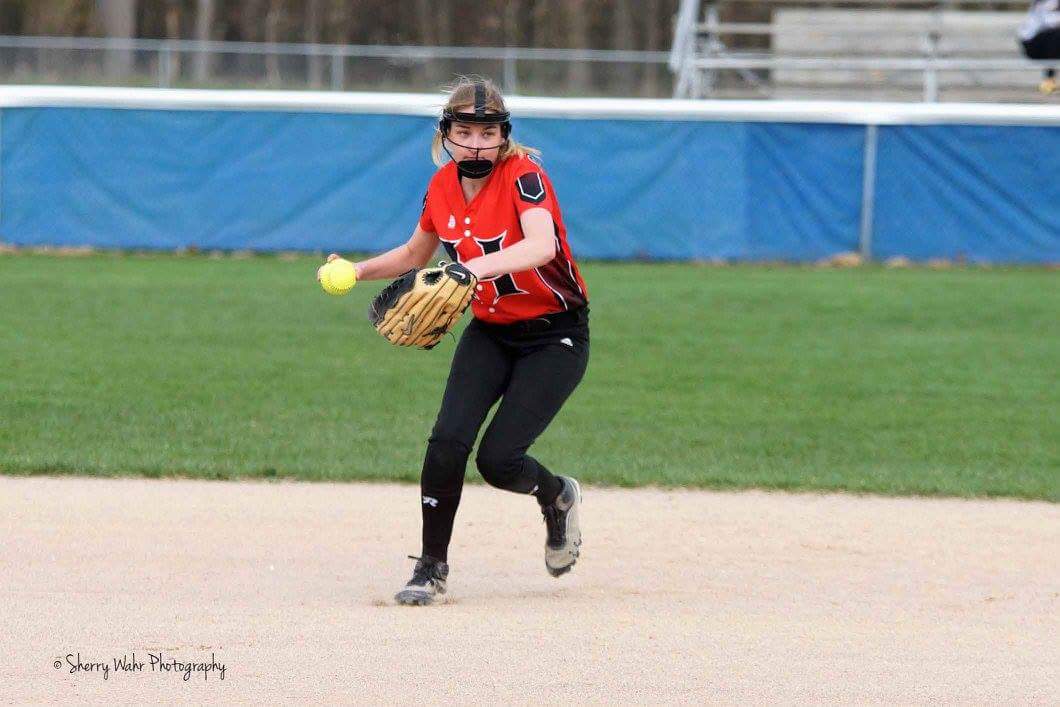 In Game 2, the Eagles raced out to a 8-0 lead after two innings, giving freshman pitcher Brie Pastor more than enough run support.

Pastor helped her own cause, picking up two hits, driving in three runs and striking out five in the win.

Despite the slow start on the day, Oakridge pounded out 31 hits in the two games.

“I like our lineup a lot,” Eagles coach Joe Coletta said. “Everyone has the potential to hit it, and hit it hard. It puts a lot of pressure on the opposing pitcher when every batter battles.” 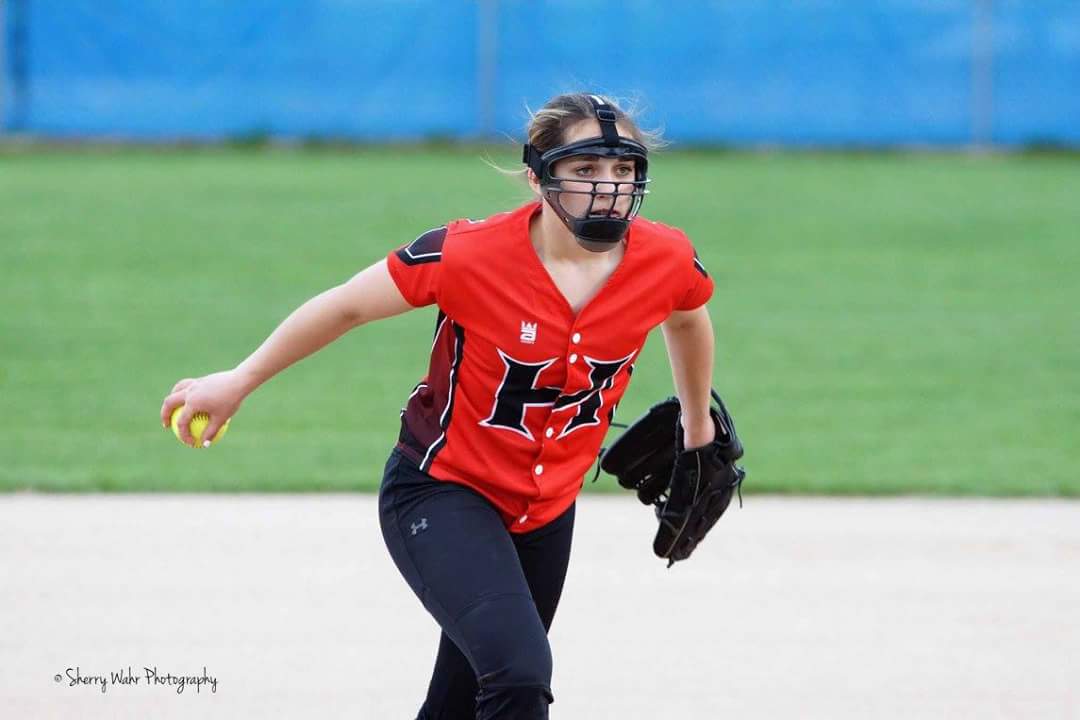 Nicole Rockwell on the mound for the Pirates. Photo/Sherry Wahr 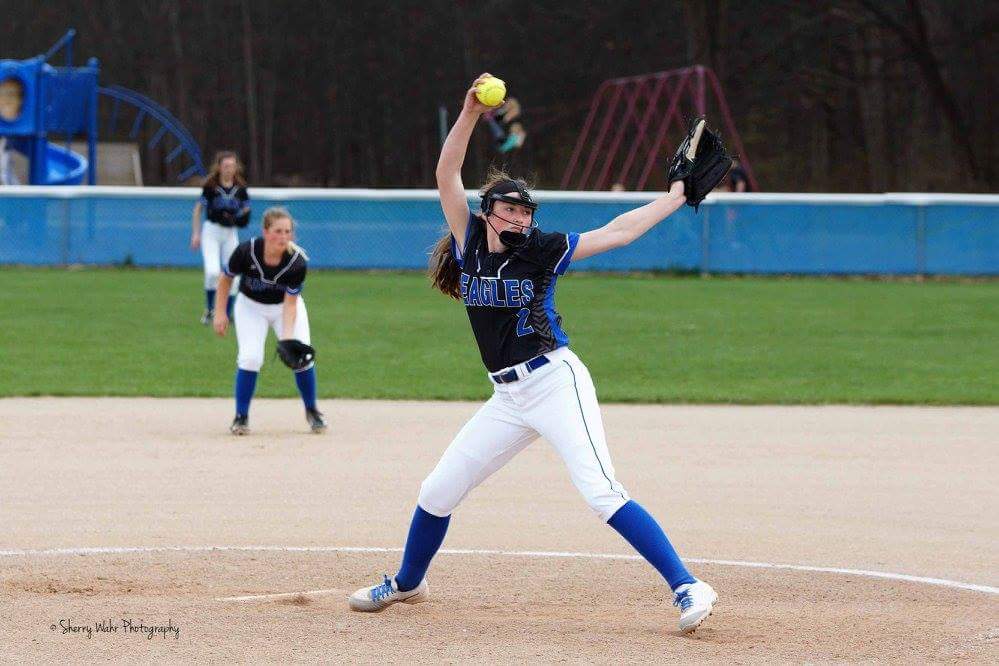 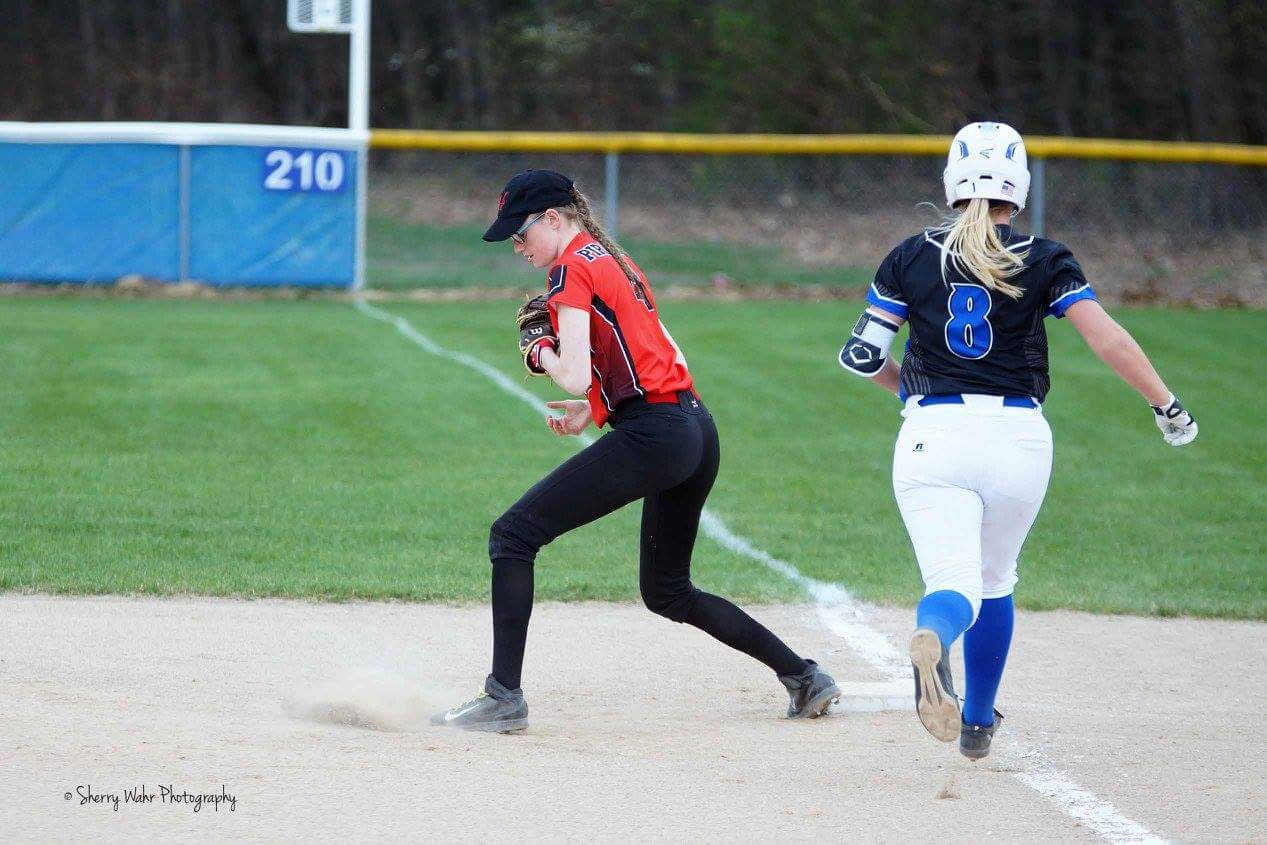 Allison Tiles gets the ball on a hop to make the out for Hart. Photo/Sherry Wahr