The Rockets hosted this year’s tournament, looking for their third win in five years. 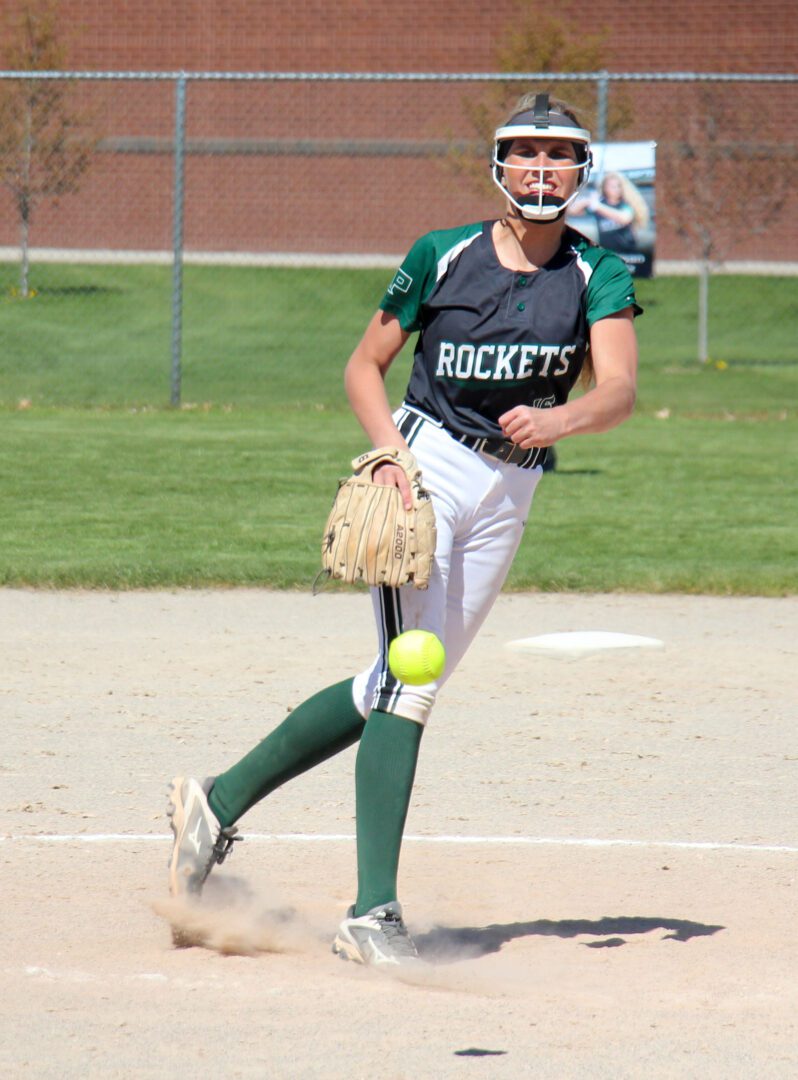 But they didn’t face an easy route to another championship.

Orchard View came in with a 19-2 record, and arch-rival Mona Shores was looming on the other side of the bracket.

To complicate matters, the Rockets lost the first game of the tournament to Whitehall.

But Reeths-Puffer still got the job done, recovering and advancing to the title game, then beating Mona Shores 16-6 to win their second straight city tournament title.

Each player in the Rockets’ lineup scored at least one run, and two players, Abigayle Mitchelson and Makayla Thompson, scored three runs apiece in the final.

It may have been advantageous for the Rockets to face the Sailors in the finals. R-P had its prom after the tournament, but the players remained focused on beating cross-town rival Mona Shores.

“Mona Shores is our rival,” said R-P Coach Trista Stingle. “Every time we play them, no matter what the year or what the platform, it’s a good game. The kids get really fired up to face them.

“The fact is that they never talked about (prom) or worried about that, they just came and did their jobs and played well. I think for any 16-year-old girl who has a prom, it’s pretty hard to stay focused, and the fact that we never heard a word about it was an indicator of where they’re at and how bad they wanted it.” 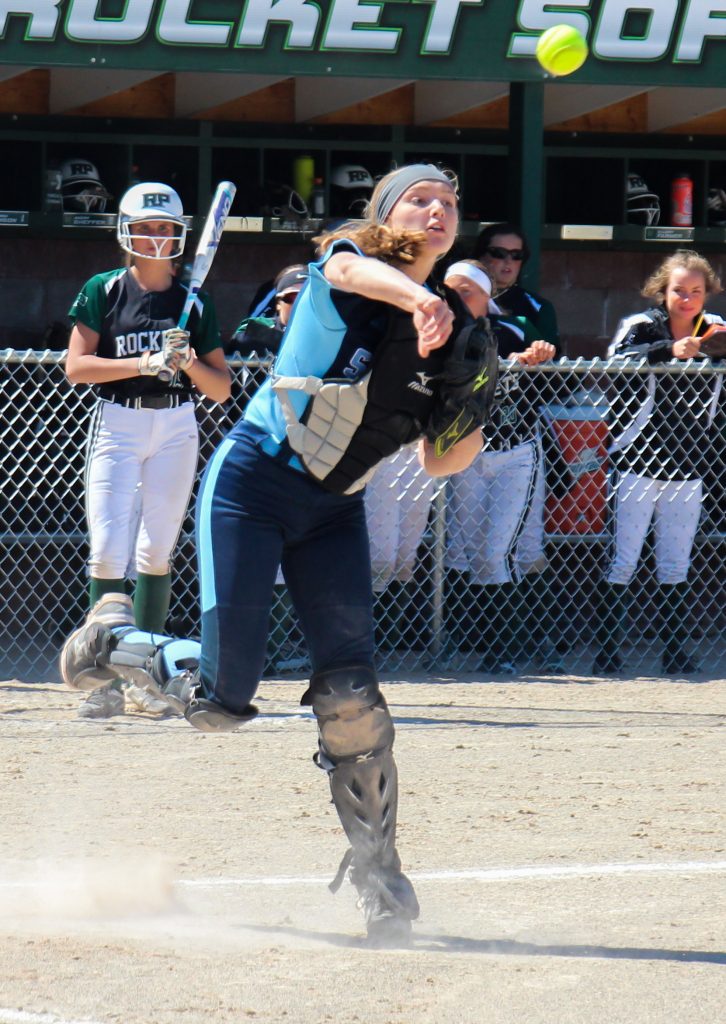 Mona Shores catcher Lauryn Patterson picks up the bunt and makes the throw to first base. Photo/Jason Goorman

Mona Shores took a 1-0 lead in the first inning, but Reeths-Puffer answered with two runs in the bottom of the first and never looked back. The only inning R-P didn’t score at least two runs was the second.

The Rockets scored twice in the first, three runs in the third and fourth, two in the fifth and sixx in the sixth to cap the win.

Each time the Sailors tried to mount a comeback, Reeths-Puffer answered with more runs of their own in the bottom of the inning.

“That’s a testament to our kids, that’s just the kind of mentality they come with on a daily basis,” Stingle said. “They don’t ever think they’re out of it.”

Michelson, the Rockets third hitter, led the way reaching base four times in five at bats, with three hits and a walk.

Veronica Kastelic had a big day at the plate for Mona Shores, going 3-for-4 with a single, double, and triple.

Reeths-Puffer improved to 16-4 on the season, and Stingle thinks her team can accomplish a lot of goals over the remainder of the season.

“Our pitching will give us a chance to win if our bats work,” Stingle said. “The sky’s the limit. it takes talent and luck. I definitely believe the kids have a standard that’s as high as mine.

“They proved today they were ready to come out and battle after losing game one.” 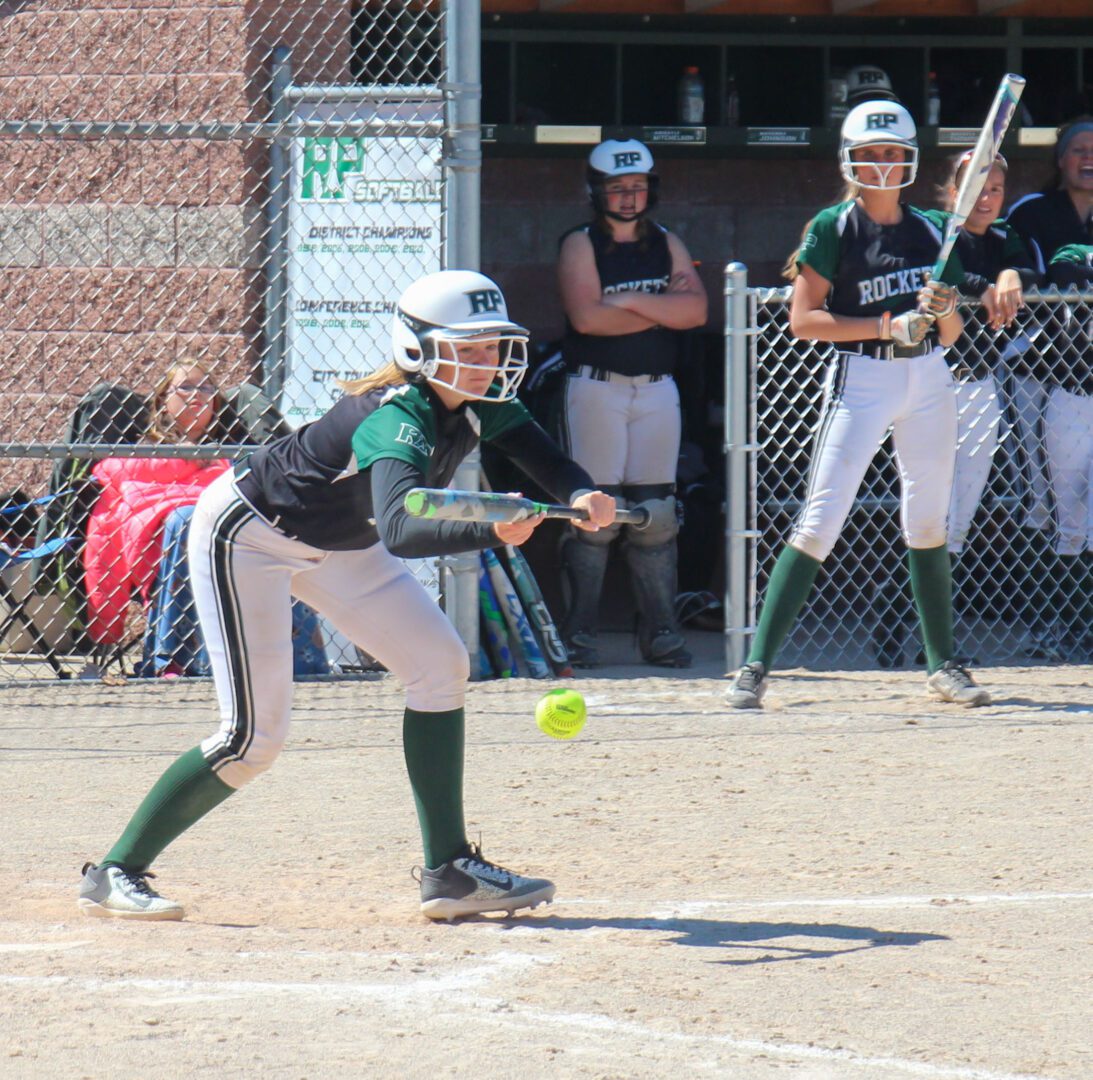 Abigayle Mitchelson lays down the bunt for Reeths-Puffer. Photo/Jason Goorman 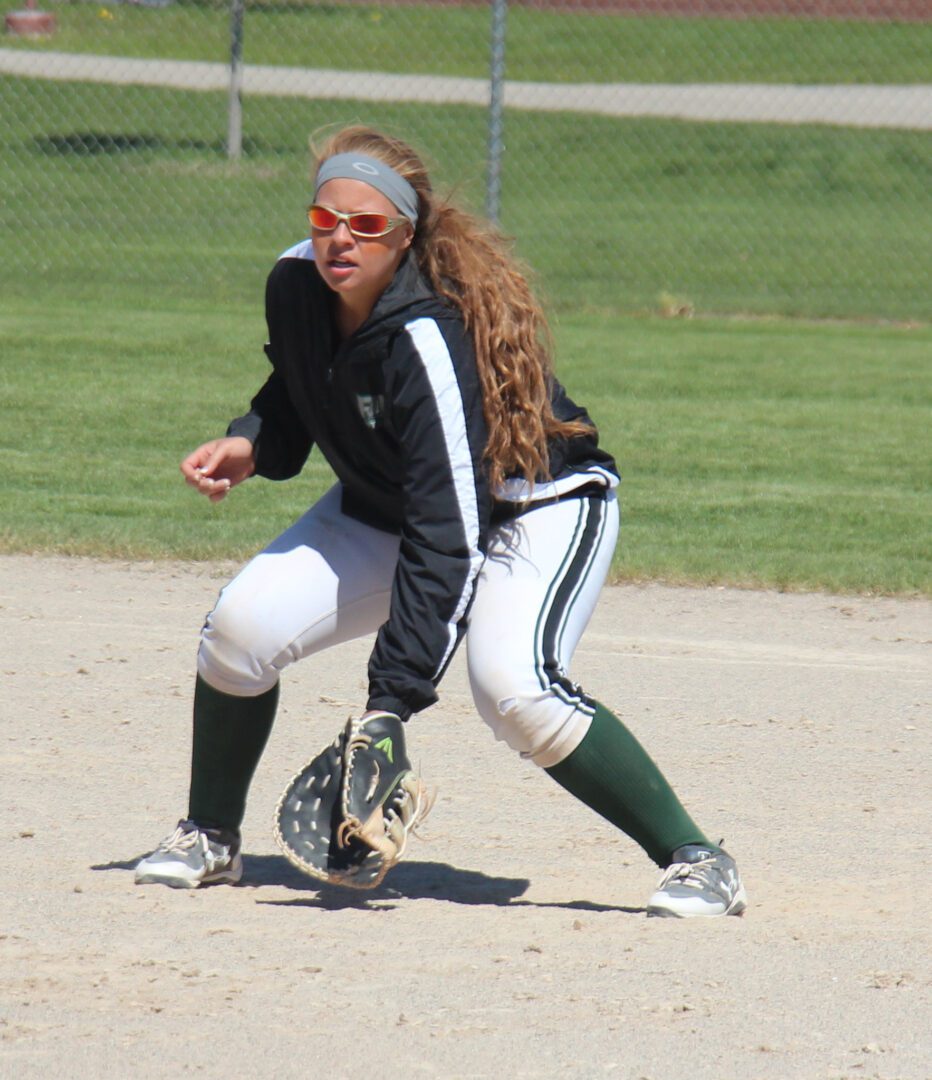 Allison Frantz gets ready at first base for Reeths-Puffer. Photo/Jason Goorman 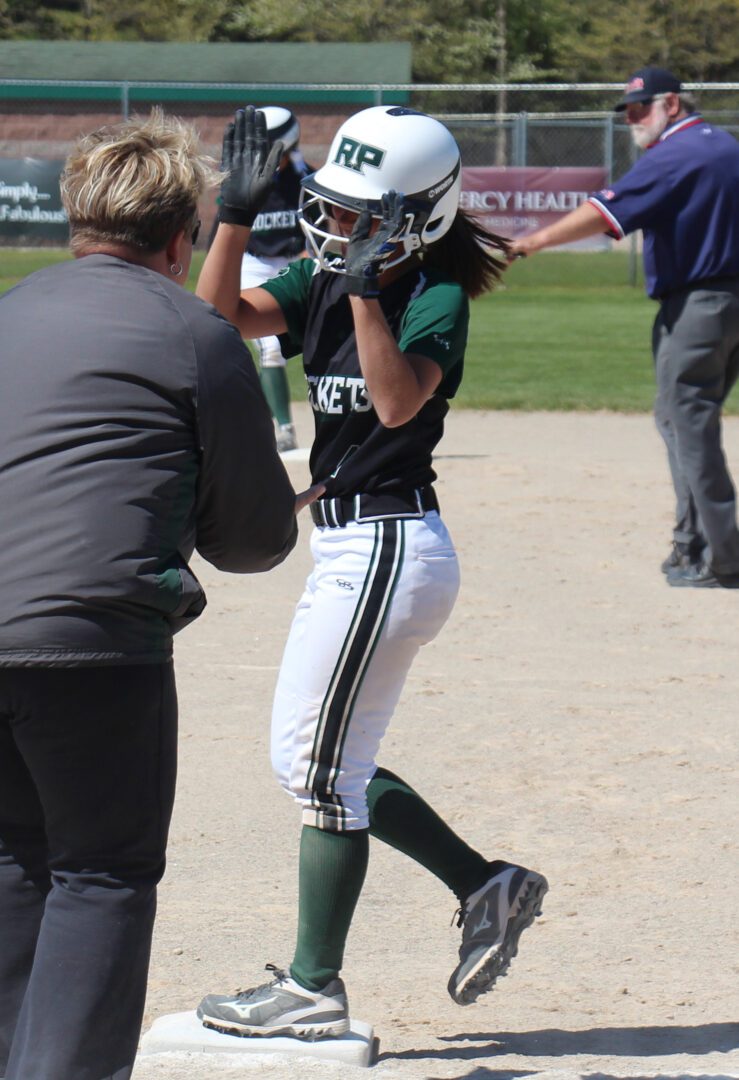 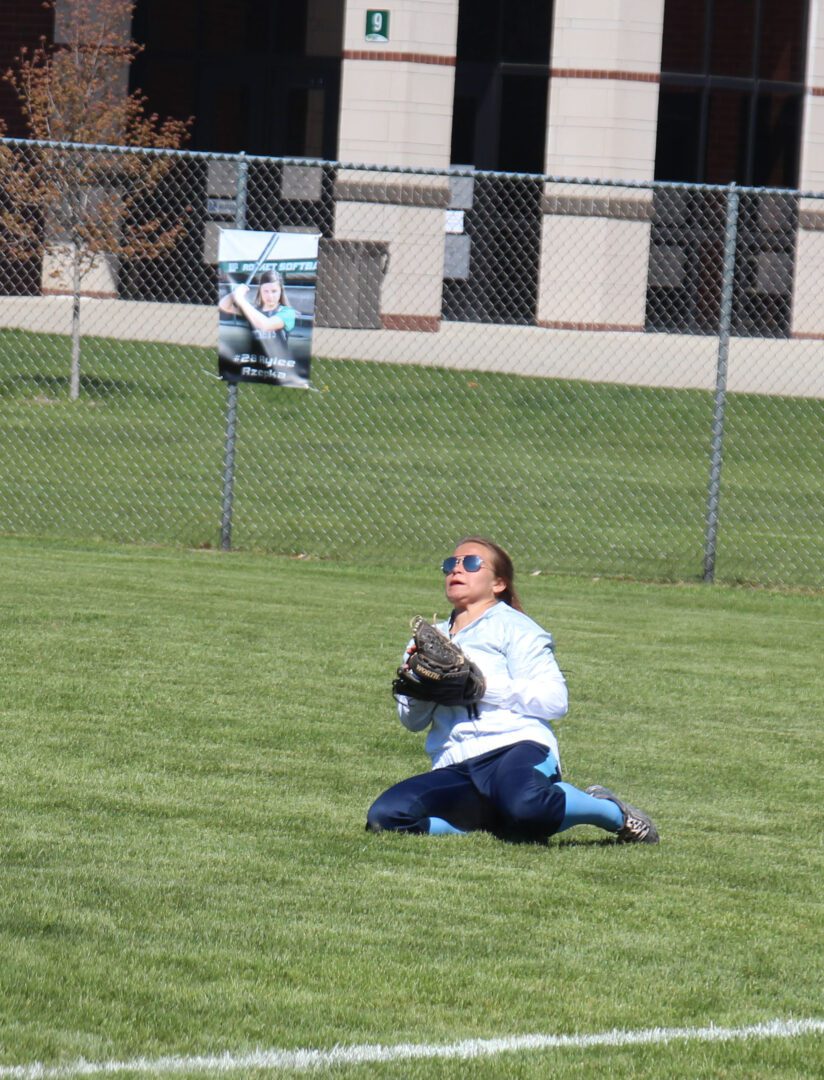 Gallery McAvoy slides in for the catch in right field for Mona Shores. Photo/Jason Goorman 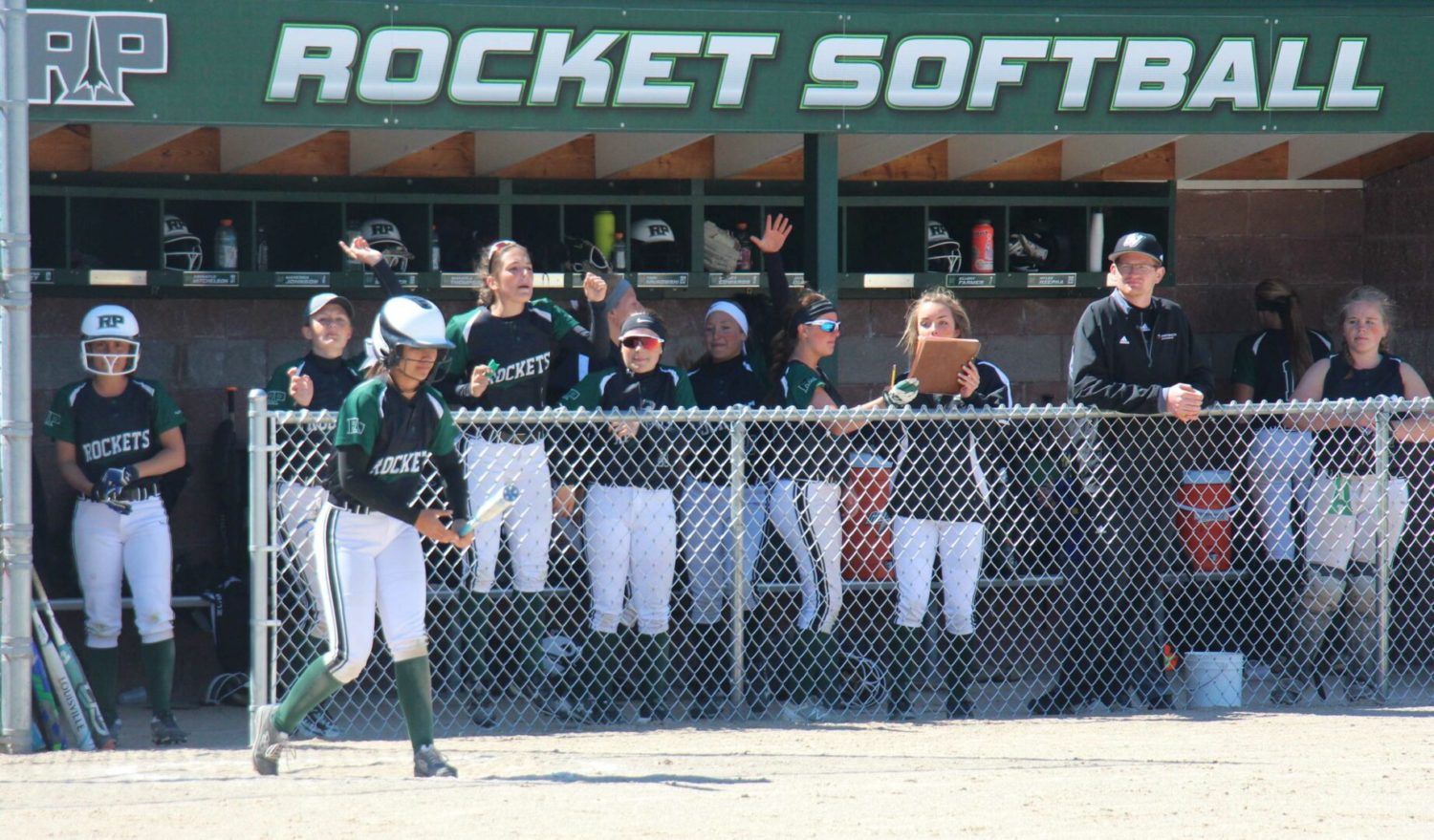